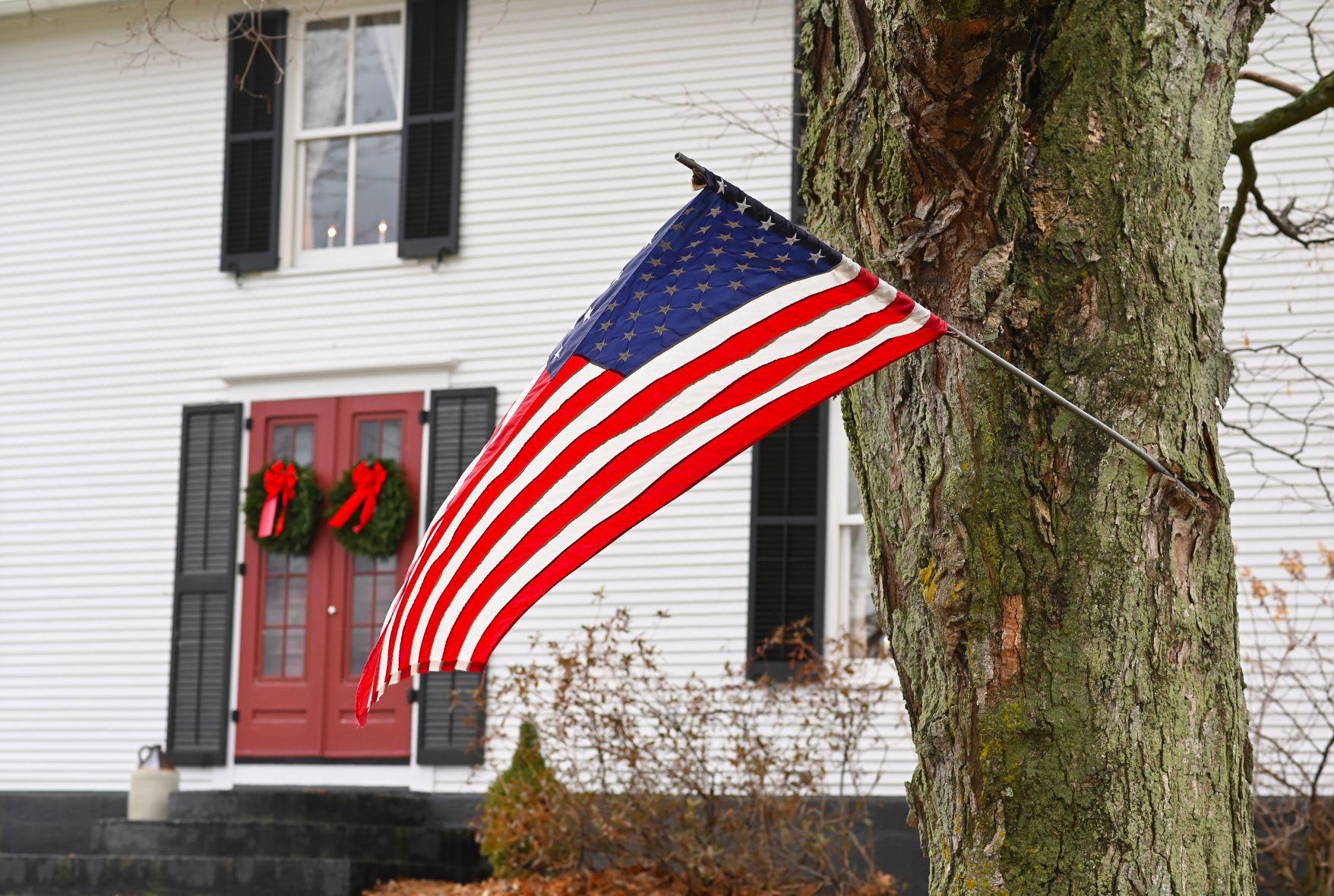 Old Glory waves in the wind on a breezy Tuesday afternoon at Strawberry Hill Farm on Route 74 in Shoreham.

A 10-page report presented to the Legislative Joint Justice Oversight Committee on Tuesday by members of the Racial Disparities in the Criminal and Juvenile Justice System Advisory Panel makes several recommendations for responding to what the panel clearly calls “white privilege.”

The report calls both white supremacy and white privilege “awful terms” but say they describe the “truest nature of the problem that all Vermonters face.”

“These are terms that in their fullest essence describe not merely simple costuming and the burning of crosses but rather a system of unequal interaction that causes great and real pain to Vermonters. We call upon all persons of good will to do their best to rise above feelings of discomfort, alienation and pain to address white supremacy and white privilege and their effects,” the report said.

“I know we’re all hoping it’s going to go much further than just today,” he said.

Nasreddin-Longo said he expects the legislative committee will invite the panel to talk with them about subjects that weren’t detailed in the report like “use of force” and the juvenile justice system.

“I mean, I’m not kidding myself. That’s a huge amount of culture change that report contained, and it’s not realistic to think it’s all going to happen overnight,” he said.

The Legislature, which created the advisory panel in 2017, charged its members with creating a report that would address at least three specific issues. The report, dated Dec. 4 and reported out to the legislative committee addressed all three points.

The report recommends the Human Rights Commission, or HRC, be the home for the “public complaint process to address implicit bias across all systems of state government.”

For the HRC to fill that role, more staff will be needed, the advisory panel suggested.

There are also many communities where the HRC are unknown, which would require greater outreach. A similar push was recommended for the 211 phone line system which could be involved in directing callers to available resources for issues of racial disparity.

The public should be given more opportunities to learn about their own rights and how individuals might report racially disparaging incidents.

The report suggests the expansion of community policing across Vermont.

“The community policing model helps to break down barriers between law enforcement and the communities they serve, resulting in improved information exchanges, more transparency and less susceptibility for implicit biases to influence decision making,” the report said.

The final question the advisory panel was asked to address was whether race data should be collected beyond traffic stops.

The report said the members of the panel “spent a great deal of time” talking about the collection of racial-identification information.

“The panel agrees that increased and improved data collection is necessary to combat racial disparities in our criminal and juvenile justice systems. Our current data collection system is not sufficient to understand the reasons why our systems produce unequal outcomes on the basis of race. Available data does show, however, that disparate outcomes exist,” the report said. A system that includes data collection from the judiciary and state prosecution and defense attorneys as well as an office to aggregate, analyze and centralize the information are also recommendations.

Nasreddin-Longo said what he heard from the legislators who heard the presentation of the report was a desire to hear more about mechanisms of accountability.

“We’ve got 12 really, really smart and dedicated people in that room. I want to know what the brain trust comes up with,” he said.

Many of the recommendations would likely be productive but require the use of new systems and new staff and therefore would require more state funding.

“It’s going to be a tap dance, I think. What can they do that actually does something in the real world that gives Vermonters of color and allies a sense of motion but is still fiscally responsible? That’s a hard question,” he said.

FATHOM Water Systems may be going out of business, but the other companies it worked with on behalf of the city are not.

The city had contracted with FATHOM to oversee the installation of the new smart meters on the Rutland water system and to then take over water and sewer billing. The process had a number of hiccups, including an erroneous bill run, and then FATHOM announced last month it was going out of business — an announcement that took city officials by surprise.

Public Works Commissioner Jeffrey Wennberg had said previously that part of FATHOM’s appeal was that it packaged the services of several other companies. In the past week, the city has started reaching agreements with those companies on its own.

“Based on the experience we’ve had with FATHOM, what we’ve decided going forward, is we want to keep the stuff that’s working and working well for our customers, but anywhere the customers need something directly from the utility ... we’re bringing that 100% back in-house in City Hall,” Wennberg said Tuesday.

The city has approved a $17,000 contract with WaterSmart software, which will continue to run the online portal for users to monitor their water use. It has also approved a memorandum of understanding with Advanced Utility Systems, which had provided billing software through FATHOM.

However, billing and other customer service will be handled by City Hall, something Wennberg said the city had been considering before FATHOM announced its impending demise. Wennberg said FATHOM’s call center provided good customer service, but too many of the calls required technical knowledge that saw them routed back to City Hall.

“We never eliminated any positions,” Wennberg said. “We were doing it before, and we’ll do it again. The treasurer’s office, likewise, will be processing all the payments. They will not be sent to some P.O. box in Philadelphia.”

Wennberg said the city is continuing to arrange its post-FATHOM future and will try to make the transition have as little impact on users as possible. 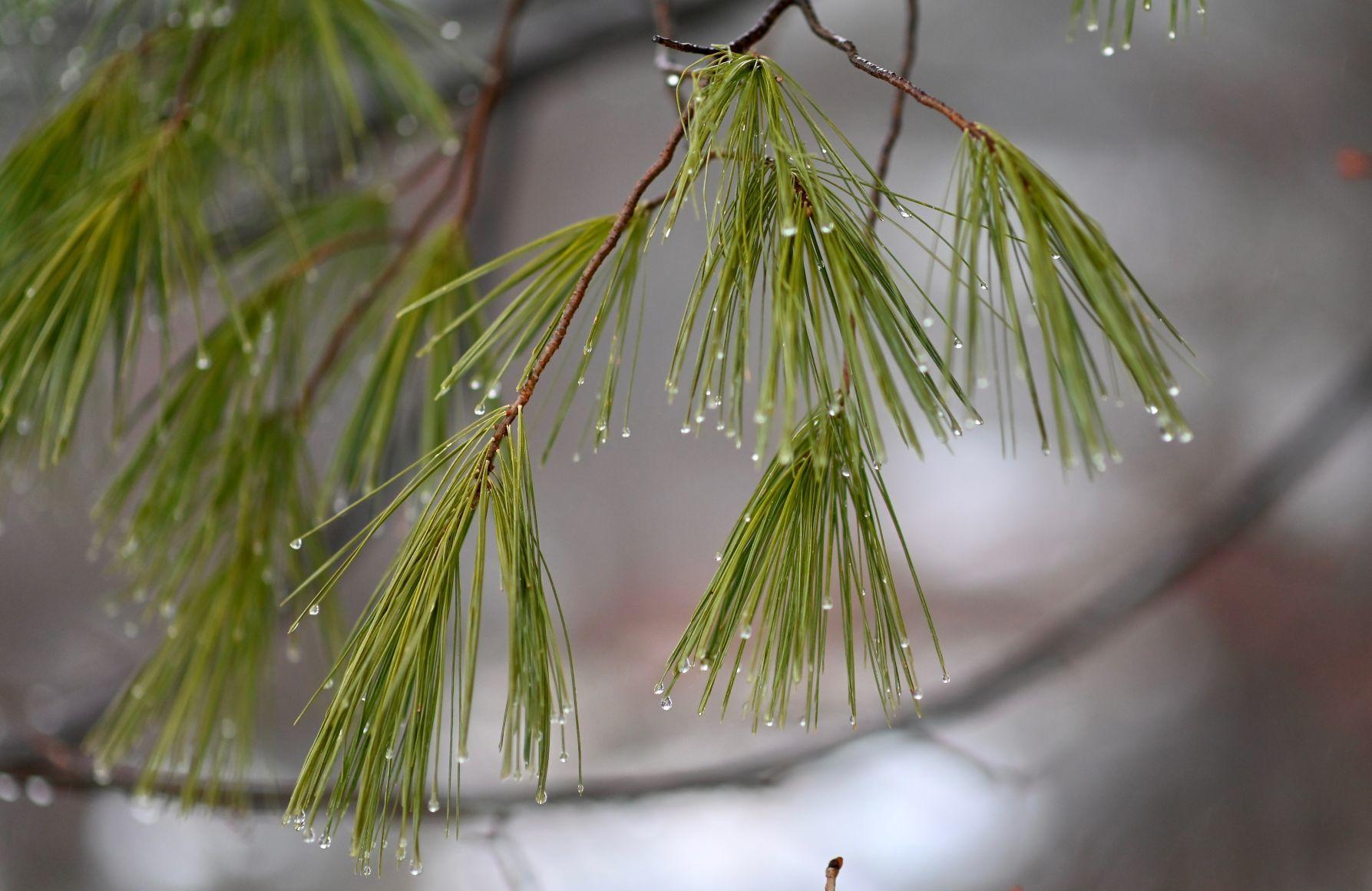 PROCTOR — Town Meeting Day will be the day voters decide whether they want to sell the Chittenden Watershed.

The Select Board opted to wait until the annual town meeting in March to seek voter input on the question they’ve been grappling with for a few months now, rather than hold a special vote in the meantime.

The Chittenden Watershed is a 1,600-acre piece of property in the town of Chittenden, owned by Proctor. It was bought from Chittenden in 1929 by the village of Proctor to protect what was then the public water supply. The town took ownership in 1966 when it merged with the village. The town stopped using it for a water supply several years ago, but draws some income from logging contracts.

Town Attorney Alan George showed the board two draft articles the board could adopt and have on the ballot for Town Meeting Day. He said one was worded better for non-attorneys, but each would allow for easements and the retaining of timber, water, and other rights. He said the board would have to vote on a final contract, and citizens could petition for a townwide vote on that should they wish.

Talk of sale came up in October when John Gerlach, through his attorney, William Meub, asked whether the town would be interested in selling it to him. Gerlach has offered $1.5 million and repeatedly asked whether the board would wish to enter into negotiations. As news of these talks spread, people and entities have come forward with concerns. A little more than half a dozen people, some from Proctor, others from nearby or elsewhere in the state, attended a Monday Select Board meeting and spoke against selling the property or at least against selling it to a private buyer.

Meub said his client, who grew up in the area, lives in Florida, and owns property adjacent to the watershed in Chittenden, expected a public vote and is in favor of it being on Town Meeting Day.

Last week, the board met with two investment firms in an effort to learn what returns it might see on investing the funds from a sale versus what it will make from logging operations.

According to minutes from the Dec. 5 meeting where the board heard from the firms Jeremy Carroll, a financial advisor with Edward Jones, said he could have revenue projections, with the town’s cooperation, within 15 days. Gary Gibbs and Kelly Kimball, of People’s United Bank, said the town might see a lower service fee if it goes with them, as the bank already manages the Mortimer Proctor Trust Fund.

The town’s forester, Andy Hutchinson, said to further log the property, a logging road would be needed. He said it’s too steep to be safely accessed by logging equipment in the winter and too wet during spring. The area, he said, has a relatively small window during which it can be safely logged.

Near the end of the discussion, Town Manager Stan Wilbur said the forester report indicates the town will see about $400,000 during the next 10 years from logging.

Justin Lindholm, of Mendon, said he believes the land is easier accessed than that, and said it’s more valuable than $1.5 million because of the water source. He’s said in the past that the town could work with a bottling company.

Others who spoke noted the land has been used for outdoor recreation and would like to see that continue.

Meub said Gerlach made the $1.5 million offer because he believed it was necessary in order to further the discussion. He said Gerlach doesn’t intend to damage the property and was upset people thought he might.