Organizers of the Gift-of-Life Marathon are giving credit to this year’s ambassador, Stefanie Schaffer, for helping the blood drive meet and exceed its goal.

After the life-altering injuries she received in 2018, Schaffer, 23, of Rutland, knew about how important it was for hospitals to have an adequate blood supply available so she accepted the offer to be the public face of this year’s Gift-of-Life Marathon, or GOLM, which took place on four non-consecutive days earlier this month.

On Christmas Eve, Schaffer responded to a request for comment with a text thanking blood donors.

“Each day of the Gift of Life Marathon truly reminded me of how good the world can be. I was thankful for blood donations the first time (in 2018) because it gave me a second chance at life, and now I am thankful again, for everyone who came out to give someone else that chance. I was inspired by every one of the donors who made time to come out to this event, so thank you,” Schaffer said.

Schaffer and her mother, Stacey Bender, along with other family members, were on vacation in the Bahamas on June 30, 2018, when the tour boat they were on exploded, injuring Schaffer and Bender and killing a woman from Atlanta, Georgia.

To save her life, doctors amputated both Schaffer’s legs from above the knees, and she also suffered injuries to her spinal cord and brain which further complicated her recovery.

But Schaffer told the audience at this year’s Rutland Area Chamber of Commerce annual meeting that she wanted to make a positive contribution as she was doing what she could to reclaim her life.

The organizers of the GOLM event, created to gather as many life-saving donations of blood as possible, were looking for a recovery of their own, according to a statement from Steve Costello, a Green Mountain Power vice president and co-organizer.

The GOLM collected 2,350 pints of blood in 2013, setting a national record that still stands.

“After we set the national record six years ago, interest had waned, but Stef helped create a lot of energy, and people moved by her recovery and attitude turned out,” Costello said in a statement.

This year’s goal was 600 pints, but through the four days, the goal was exceeded as 617 pints were collected.

Terry Jarrosak, who many Rutland-area residents know by his on-air name, Terry Jaye, program manager for Catamount Radio, said it had “been a while since we’ve done that.”

“It felt really good. I guess the biggest thing for me has always been, from an emotional side, trying to reconnect with people with the feeling we had at the Paramount Theatre when we were first reaching those goals. … I haven’t felt that way since six years ago. To me, it was all about reconnecting with that feeling of Christmas and the holidays and seeing people high-five each other and hug each other and hug Stefanie and hug Stefanie’s mom,” he said.

2019 was not just the year the GOLM exceeded its goals. Jarrosak was given in October, at the same annual chamber meeting where Schaffer spoke, a first-time award as Community Leader of the Year, for his support of projects like GOLM and other charitable events in the Rutland area.

But while he was recognized, he said the most powerful part of that meeting was knowing he was sharing a stage with Schaffer.

Jarrosak said he believed Schaffer deserved a lot of credit for bringing back the spirit of the GOLM.

Schaffer said those who said they were inspired by her also gave her inspiration.

“It was humbling to see those people who were there for me. I had hoped I would have an impact in supporting this blood drive but had been unsure if I would be able to make a difference, so seeing and hearing from all those people was simply amazing. It’s what will motivate me to continue to work hard because I know I have too many people rooting for me to ever give up,” she said.

According to Costello, the 2019 GOLM was Vermont’s largest drive of the year.

“It will affect the lives of hundreds of families in the Northeast like Stefanie’s, and that is what it’s really all about,” Costello said. 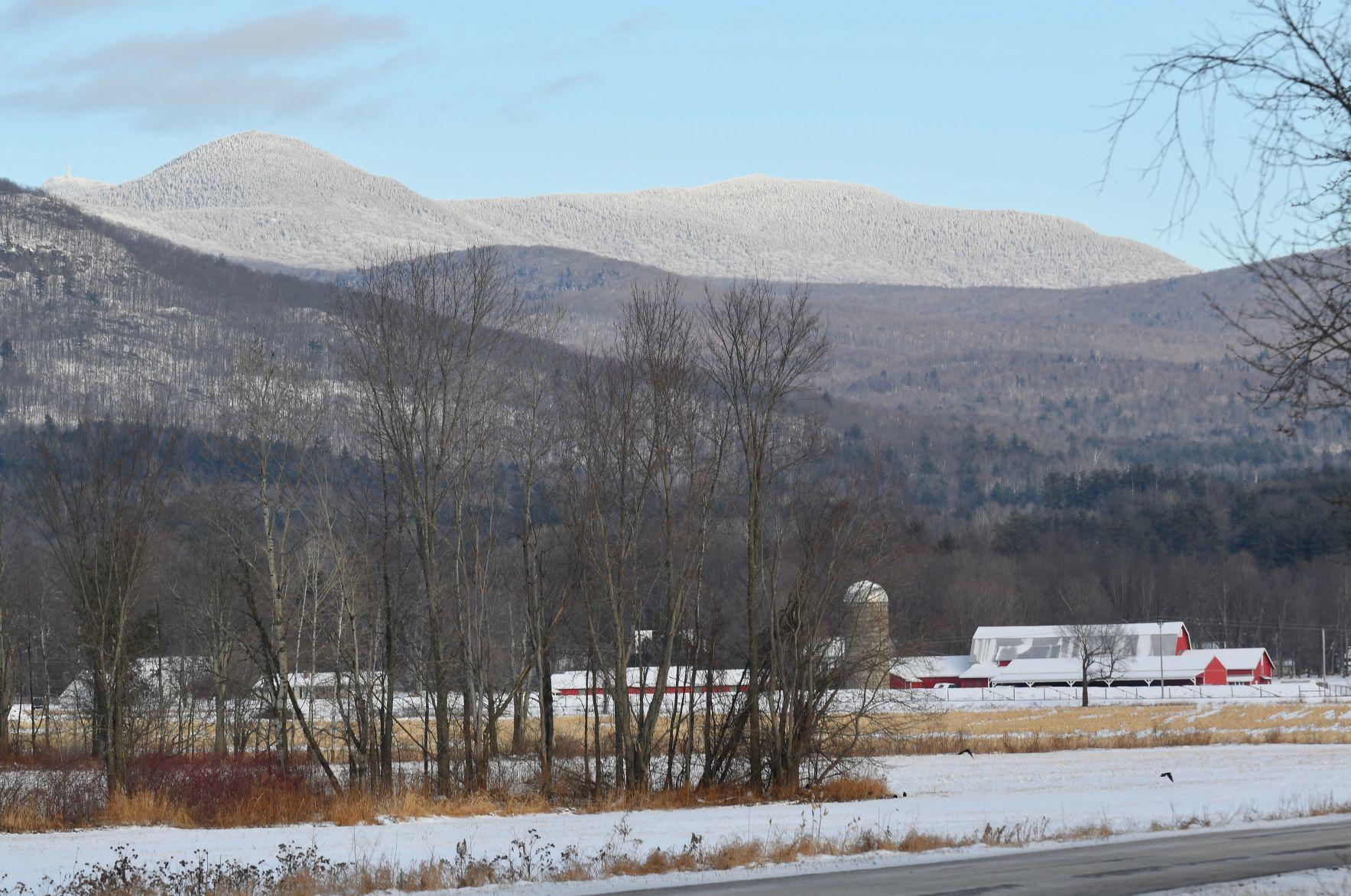 The snow-capped Green Mountains tower over the valley on a chilly afternoon recently along Alfrecha Road in Clarendon.

PITTSFORD — The local rescue squad will be part of the town’s budget this coming fiscal year.

Town Manager John Haverstock said in an interview Monday that the Select Board won’t approve a budget until January and has a few meetings to go before the draft is finalized, but it will likely contain approximately $25,000 for Pittsford First Response.

Haverstock said voters have been giving $25,000 to the group for more than a decade at least, if not longer, through appropriations at Town Meeting Day.

At the start of 2019, Bob Foley, chief for Pittsford First Response, approached the Select Board with the idea of rolling the squad into the town’s books, treating it like the fire and police departments. Foley told the board and the Herald that this would end up saving Pittsford First Response a great deal of money on items such as insurance and other costs. Foley said the group’s volunteers continually find themselves having to raise funds, and while they’ll continue to do that, it was getting to be too much of a burden.

Haverstock said the Pittsford First Response budget is about the same as what it’s been asking for in appropriations, give or take less than $2,000.

The squad’s building on Arch Street will remain as such, Haverstock said. The building was donated to Pittsford First Response by the Carter family, and there was some question initially whether the group being folded into the town might affect that agreement, but Haverstock said the Carters have been supportive of this move.

Foley said in February the group has about eight members, all are volunteers. It’s got one ambulance, a former Rutland Rescue vehicle, but it doesn’t transport people. Foley said the group’s main role is to be the first arrival at an emergency scene, offer some level of help to those who need it, and provide information to responding police, fire or ambulance crews.

The group incorporated as a nonprofit in the 1980s. Because of Pittsford’s rural nature, it can take regional services some time to reach certain locations in town, so it made sense to have a group of first responders based locally.

Haverstock said while the town’s budget won’t be finalized to go before voters until January, the board is trying to keep it at around a 1% increase. Among the items driving up the budget it the cost of health care insurance. He said the town was looking at an 11% increase, but switched from Blue Cross Blue Shield to MVP and is now looking at a 4.2% increase.

JERICHO — The Army Mountain Warfare School at the Ethan Allen Firing Range has been allocated $30 million in federal funding to construct a new facility.

According to Army Captain Mike Arcovitch, the funds were allocated in the defense budget signed Friday by President Donald Trump.

“I’m proud to support a great mission run by the Vermont National Guard to provide instruction in mountaineering and maneuvering through difficult terrain to men and women throughout all parts of the U.S. Army,” said U.S Senator Patrick Leahy, D-Vt., who is vice chair of the Senate Committee on Appropriations, in a statement. “By appropriating $30 million for the Army Mountain Warfare School in Jericho, we are able to support a critically important but previously unfunded priority of the Army. Now we can replace today’s aging facility to meet safety needs of today and rising demand. The new facility will improve training, so that our soldiers have all the skills needed to maneuver, regardless of the terrain.”

Arcovitch said the school trains about 1,000 students per year, the majority of which are in the Basic Military Mountaineering Course. He said plans for the new facility began in 2016, but actual design work hasn’t started.

The current facility was built in 1987, he said, and has become outdated. The new structure will be far more accessible and better equipped to suit modern needs.

“Vermont will receive military construction funding for design and construction of an 82,600-square-foot, state of the art, Army Mountain Warfare School (AMWS) facility at Ethan Allen Firing Range,” said Michael Bleau, deputy construction and facilities management officer, in the statement. “The project design will begin as early as January 2020 with the expectation of construction completion sometime in early 2022.”

According to Arcovitch, the school provided training for mountain warfare and cold weather conditions to soldiers deployed in Afghanistan in 2005 and in 2010. Instructors from the school have also been deployed to Afghanistan with the Asymmetric Warfare Group not only offering their expertise to soldiers there, but taking back lessons to teach at the school.

The school itself was established in 1983 for local soldiers, then in 2003 it became the United States Army Mountain Warfare School. 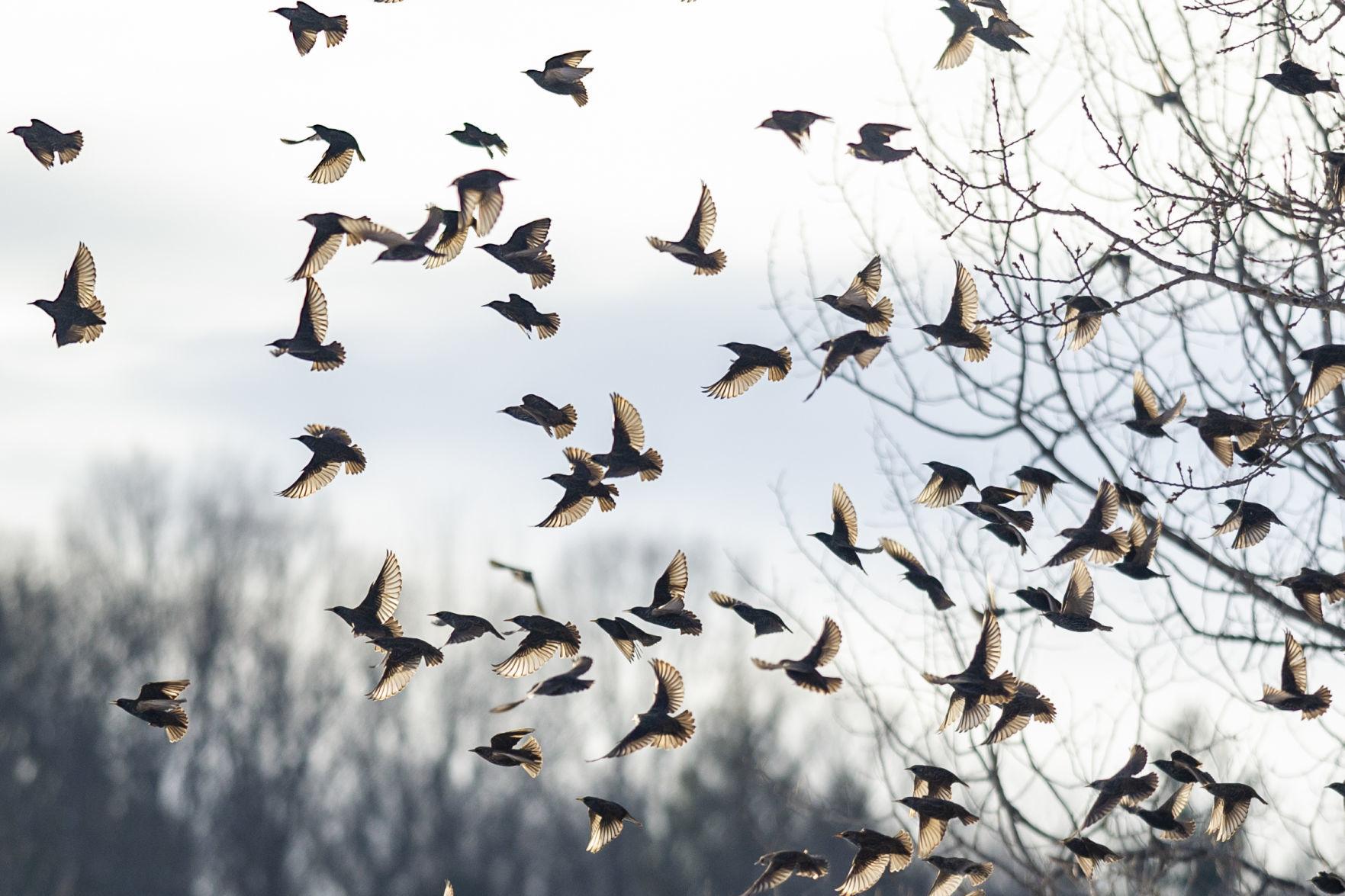 Starlings leave their perches on a tree in East Montpelier on Saturday.

Sutton Foster in “Shrek the Musical” on Broadway.

“I talked with him yesterday, and he is fine. He will be making his rounds again this Christmas.”

Former President John F. Kennedy, in a private response to 8-year-old Michelle Rochon, of Marine City, Michigan, who had written the president in 1961 about her concern for the safety of Santa Claus in the shadow of a Soviet nuclear weapons test above the Arctic Circle. A3

Auditions will be held the second week in January for Paramount Players’ second home-grown musical production, “Shrek the Musical,” in collaboration with Grace Congregational Church. B5