The Rutland City Fire Department responded to the scene of an active house fire on Baxter Street in Rutland.

Fire destroyed an apartment building at the corner of Baxter Street and Library Avenue on Friday.

Rutland City Fire Chief William Lovett said numerous people in the neighborhood called in the fire, but not before it had ample time to spread.

“By the time I got here, the roof — it was coming through the slate,” Lovett said. “The ridge at the back was starting to lean a little bit, which means it had been burning a little while before anybody called us.”

Apartments on the first and second floor were occupied. City Health Inspector Michael Brookman said the third floor was “not an occupiable space,” but Lovett said there were still questions as to whether it was occupied.

“It shouldn’t have, but historically it has been,” Lovett said. “For a period of time, there were squatters on the third floor — nobody knew who they were.”

Lovett said it appeared that anyone who had been in the building when the fire started got out.

“I woke up to some guy kicking in my door and saying ‘your house is on fire,’” said Jordan Klein, 23, who lived in the first-floor apartment with his girlfriend and their twin infant daughters. “We ran outside, looked — the whole upstairs is on fire.”

Klein said they got the children out safely, as well as their dog and two of their cats, but a third cat was unaccounted for. Also, he said he believed the upstairs neighbors had lost a cat. Lovett said at the scene that he was unaware of the status of any pets. Klein said he was unsure where he would stay that night, but he was put in touch with the Red Cross.

Lovett said the building was a total loss.

“They tried to stop it,” he said. “They couldn’t get to the third floor. They got to the second — a lot of clutter. With three lines in there, they were making progress until they got to the third-floor stairwell. Couldn’t make it — the floor was starting to collapse. ... The guys did an incredible job for what they had in front of them.”

Also, Lovett said the fire set off a significant quantity of ammunition on the second floor.

He said firefighters are told ammunition set off by a fire lacks the velocity to do the sort of damage it can when fired from a gun.

“It almost sounds like rocks being dropped on tin,” he said. “We had pieces flying through the roof. It looked like embers flying.”

Lovett said late Friday afternoon that Vermont State Police fire investigators were on the scene, but that he had no information on the cause of the fire.

Brookman said the department had responded to the building during the winter because of furnace blowback. 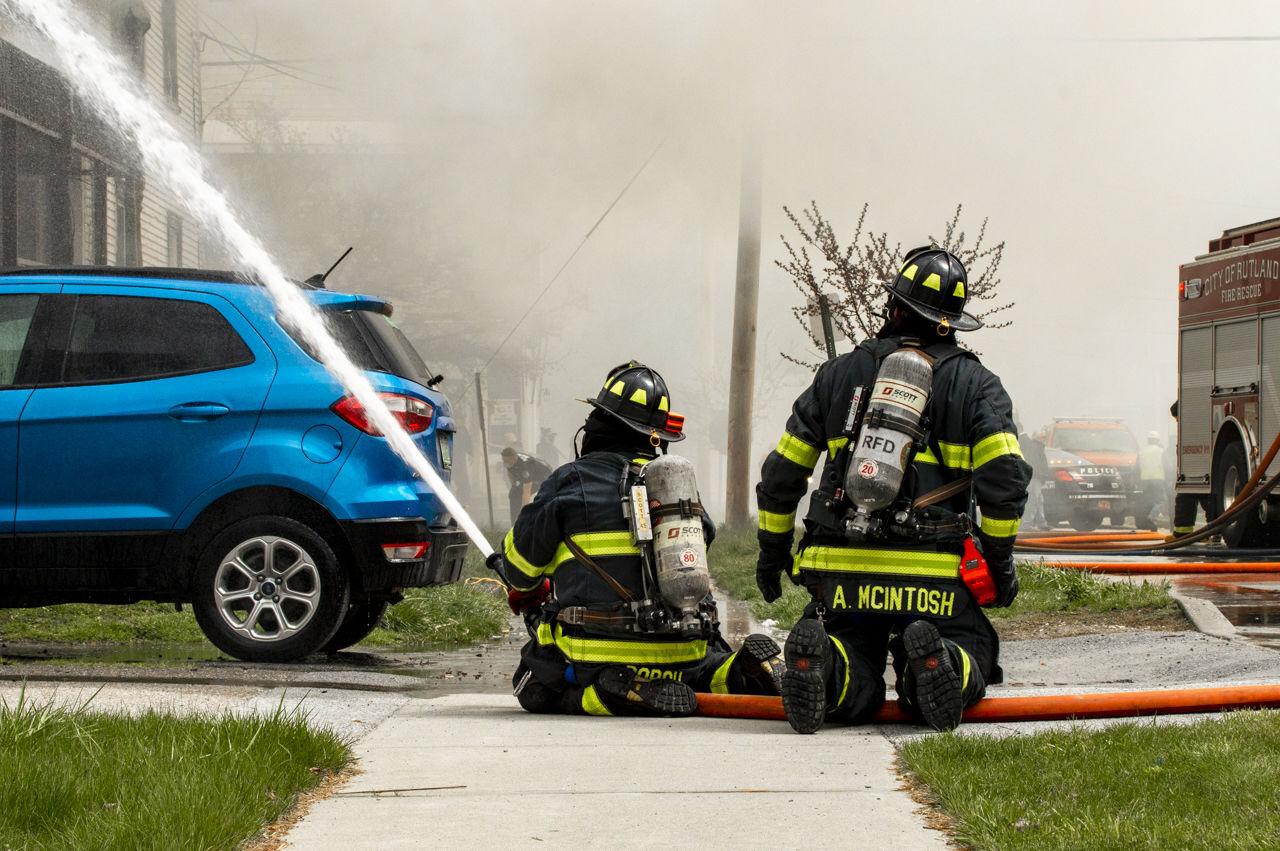 Smoke settles onto local streets as firefighters battle to stop the spread of the fire to nearby houses.

Since the start of the pandemic, Vermont’s K-12 schools have received more than $500 million in relief. While a portion of that was dedicated to making schools safe and functional for students during this school year, the lion’s share remains unspent.

In addition to $1.1 million in the first batch of ESSR funds that have already been allocated to support instructional intervention in the current school year, RCPS will have until 2023 and 2024 to spend the second two tranches of ESSR money — $4.5 million and $11.2 million, respectively.

On paper, it may look like the district is receiving a large windfall, but Superintendent Bill Olsen is quick to point out it’s not a blank check. He noted initiatives must meet certain criteria, which can vary depending on the grant and as guidance from the state and federal government changes.

Allowed uses for the next batch of ESSR funds include: special education services, activities to address the unique needs of high-risk student populations, planning for remote learning, educational technology, summer and after-school programs, learning-loss and recovery, mental health services and supports, and school infrastructure repairs such as upgrades to HVAC systems.

“We have to follow their rules and we have to make sure we’re meeting the needs of the needs assessment that we’re developing,” Olsen said.

So while around $16 million in ESSR II and ESSR III funding has been allocated to RCPS, it doesn’t mean the district will ultimately spend that much.

“Would I guess that we’ll be able to utilize all of it, given the administrative hurdles and hoops that you have to go through? We’ll do our best, but I’d be pleasantly surprised if we get to 100%,” said Plemenos.

In order to access the money, the district first must conduct a needs assessment and submit a recovery plan to the Agency of Education.

Assistant Superintendent Rob Bliss said that plan will likely be implemented during the coming 18 to 24 months.

“It took you 12 months to walk into the woods, it’s going to take at least that long to walk out,” he said.

As the plan is being developed, Plemenos said he has stressed the importance of not creating initiatives that will need to be funded after federal dollars run out.

“From a fiscal standpoint, we need to be careful in what services or personnel or programs we add because, if we build those things into our cost structure, and if we can’t turn them off when the funding ends, then we could be facing a fiscal cliff that would be better to avoid,” he said.

In the meantime, Bliss said the district has already begun reengaging students. He noted the allocation of additional federal funds that have allowed them to develop some programming this spring, explaining that a number of students participated in an intervention program over April break.

“So, already, we’re trying to connect with kids K-12 and make sure if they have a gap as a result of their experience this year, that we’re trying to close that gap before the end of the school year,” he said. “We can’t wait until the summer to take action to intervene on behalf of those students.”

Furthermore, Bliss acknowledged the need to use ESSR funds to remove barriers students might have while participating in programs outside the school day, such as providing food and transportation after school.

As for what programs might looks like this summer, he maintained they would be of a “highly engaging nature” and not simply “drill and kill”-style learning.

The district’s existing Tapestry and EPIC programs will be part of recovery initiatives this summer as well, he said.

Bliss noted students won’t be required to participate, but teachers could encourage students to do so if they need to catch up.

While no specific programs have been announced, Bliss suggested they might look like a series of one- or two-week camps that would be structured toward increasing skills and proficiency.

“The work we’ve done in this district on project-based learning is going to come into play, especially in places like the middle school,” he said.

With increased summer programming comes an increased need for staff. Bliss acknowledged that many teachers may not be up to the task after such a difficult school year.

“I know there are faculty that we have that, as much as they would want to be of help, they may not have the capacity,” he said.

However, Bliss said he has gotten a good response from teachers who are interested, adding that they would be compensated beyond their contracts for any additional work they do.

As the district begins to assess how to best apply its share of these funds, Olsen and Bliss see an opportunity to not only help students recover, but to bring them and the entire district forward.

“This is an ongoing process,” Olsen said, said expressing his hope to use the money to make long-term improvements to district curriculum and its physical infrastructure.

“There is a chance to really improve how Rutland City Public Schools serves its community,” he said.

MONTPELIER — Officials say they are ready to restart vaccinating people with the Johnson & Johnson vaccine as soon as the federal government gives the go-ahead.

At his regular news conference Friday, Gov. Phil Scott said members of his administration would be paying close attention to a committee meeting held Friday afternoon where federal officials were to discuss the recent discovery of a blood clotting issue in a handful of people out of the seven million doses administered of the single-dose vaccine. States were asked to temporarily stop using that vaccine and no more doses were sent out while an investigation took place. States continued to use and continued receiving the vaccines from Pfizer and Moderna.

Federal officials were expected to create new guidelines for the use of the Johnson & Johnson vaccine to avoid anyone else developing blood clots.

“It is my hope that after the committee finishes its meeting, the CDC and the FDA will move quickly on their recommendations, perhaps even tonight or tomorrow,” the governor said.

Scott said his administration is ready to start giving residents Johnson & Johnson doses again next week. But even without that vaccine, the governor said the state is still on pace to have more than 60% of the state’s eligible population given at least one dose by May 1. That number is currently 56%.

Vaccine demand has started to fall in the U.S. and some parts of the country have turned down vaccine shipments because they haven’t yet used what has already been given. With the exception of some parts of Vermont, including the Northeast Kingdom, the governor said demand for the vaccine is still high in this state.

Second Gentleman Doug Emhoff, husband of Vice President Kamala Harris, recently visited the state and Scott said he told Emhoff Vermont has the capacity and is eager for more doses.

Health Commissioner Dr. Mark Levine said while cases of the virus are trending down in Vermont, officials continue to track the variants. Levine said a third variant, the so-called P.1 variant from Brazil, has been found in Rutland and Windham Counties. The state had already detected the B.117 variant from the United Kingdom and the B.1.429 variant from California in multiple counties across Vermont. All of the variants are said to be more transmissible than the older versions of the virus.

He said if either of the latter two variants were able to evade the vaccine, he would expect to see more virus transmission here.

“But we are, of course, seeing the opposite right now. A cause for cautious optimism,” he said. 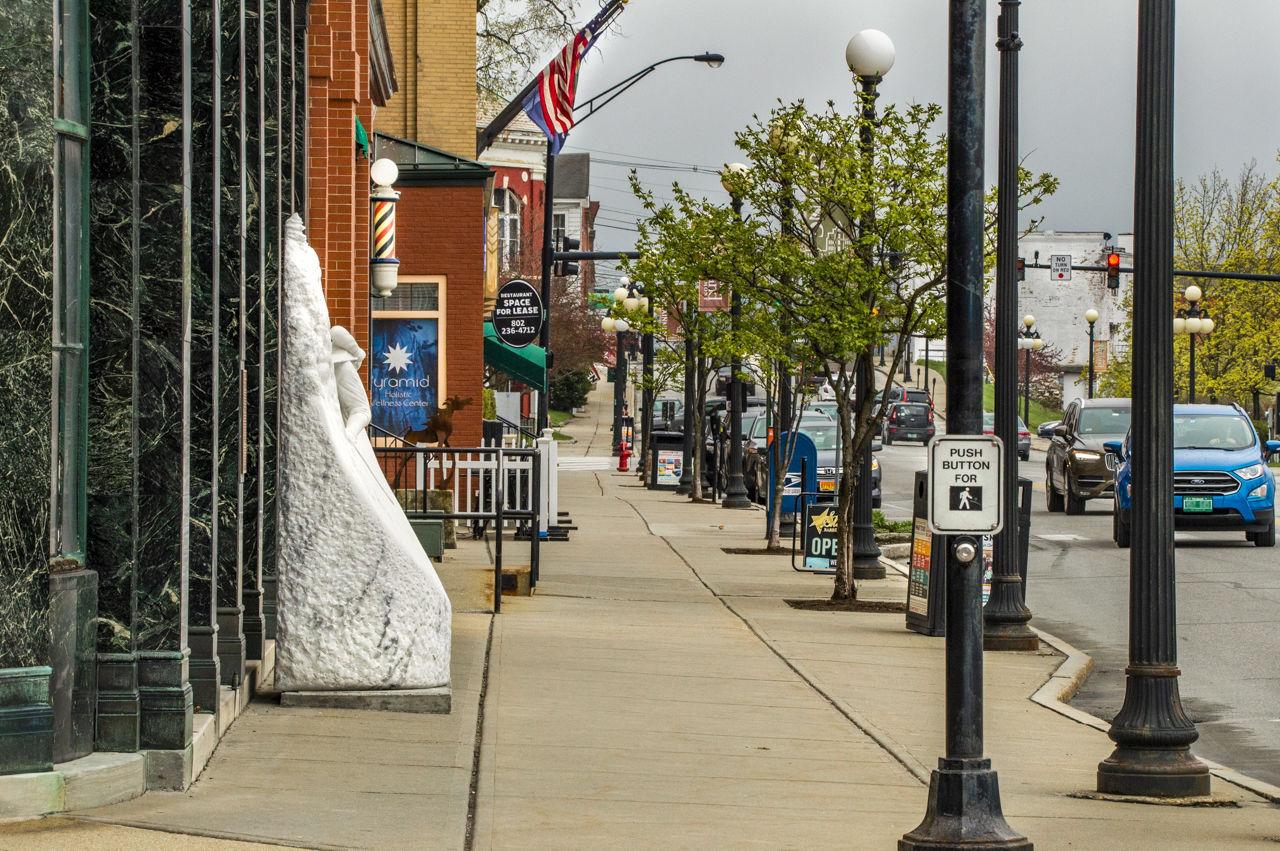 Springtime blossoms in the city

A copy of Robert Frost’s poem “Stopping by Woods on a Snowy Evening” written in Frost’s own hand will be auctioned next week by a New York–based dealer. A4

The first baseball game since 2016 was played at West Rutland as the Horde hosted Blue Mountain on Friday. B1 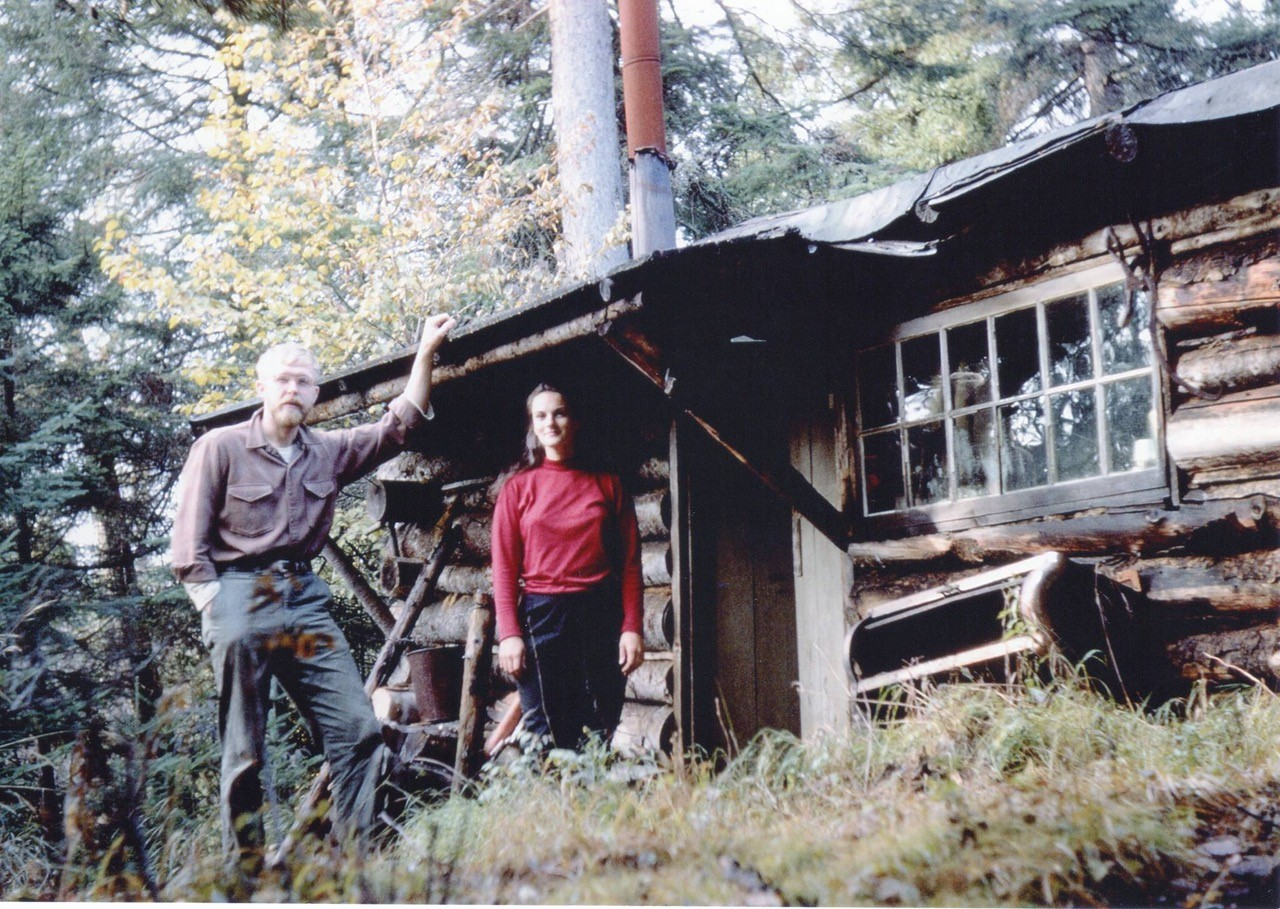 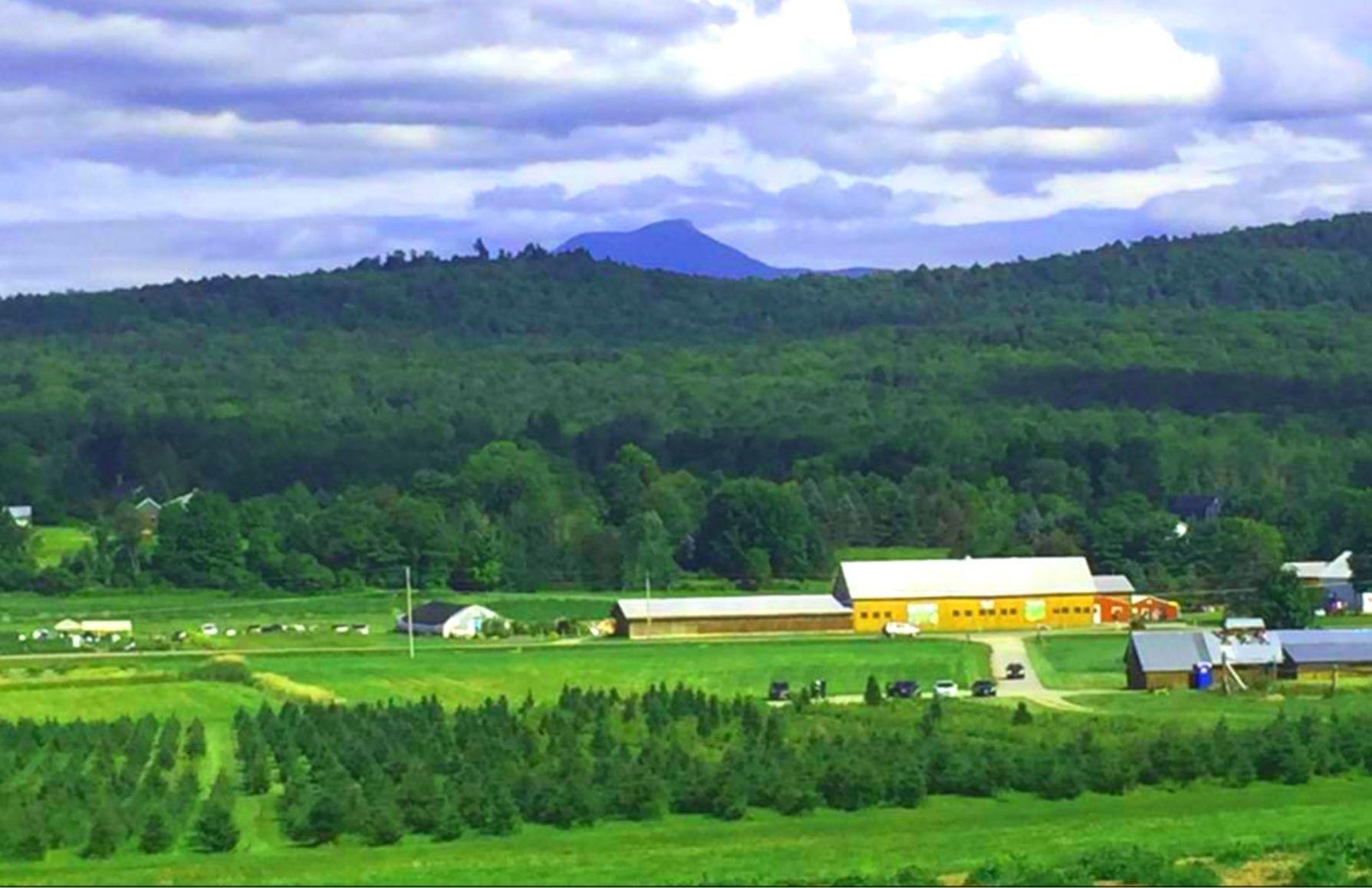 Vermont Stage is no stranger to the Isham Family Farm, where it will inaugurate its special summer outdoor season with James Hindman’s zany comedy “Popcorn Falls.”