The Rutland City Police Department is down by one-fifth as administrators wonder how they’ll find new officers to join the department during a time in American culture they see as being strong with anti-police sentiment.

Rutland City Police Chief Brian Kilcullen said there are eight openings, all of them in the patrol division. The department is budgeted for 40 members.

RCPD has an on-call system under which an officer is aware they might be called in if needed.

“At a time when we’ve been more fully staffed, even when they’re on call, they wouldn’t necessarily have to come in to work because we were sufficiently staffed, but now that we’re short staffed, officers who are on call, they’re generally being called in. It’s something we can’t sustain. It’s certainly a burden on the officers and their families. Certainly, their time is important,” Kilcullen said.

He added that he believes the working officers understand administrators and city residents are aware they’re working hard to maintain the existing level of service. No change in coverage is currently being contemplated, according to Kilcullen.

Sean Sargent, chair of the Rutland City Police Commission said he supports Kilcullen and added that neither the police department’s leaders nor the commission members support any lowering of the standards for hiring new officers.

“If we don’t have the right motivational fit, if we don’t have the right test results, through all the testing that the candidate would have to go through to reach the police academy, we’re not going to make an offer of employment. The cost and the damage a bad hire could create in our community is not worth just putting someone in a blue uniform and out on the street. We’re not going to do that,” he said.

Kilcullen noted the problem wasn’t a lack of support from the city. He said he had authorization to hire up to the number of officers included in the department’s budget. However, the challenge was finding qualified applicants.

He said there were several candidates who were in various stages of the hiring process.

“But it is a lengthy process and even if we could get five individuals … ‘across the finish line’, we’re not even sure when the next academy would start yet,” he said.

Kilcullen said there were five candidates who were in the background check of the hiring process.

The Vermont Criminal Justice Council generally hosts two police academy sessions a year, but Kilcullen said he expects there might only be one in 2021.

Michael Schirling, commissioner of the Vermont Department of Public Safety, said he didn’t know if there was going to be two sessions this year, but said public safety had been talking to the council about timing “as they are working to execute an enormous amount of work.”

“I know that our preference is to maintain the existing cadence of classes,” he said.

The academy is currently hosting 25 students, Schirling said, which he called “emblematic of the recruiting challenge.”

The state has sent out a survey to police departments to learn more about their recruiting and attrition challenges.

Schirling said he wasn’t surprised that Rutland was down by eight officers and said the Vermont State Police are down more than 30.

Schirling noted that when he was with the Vermont Department of Commerce and Economic Development, there was a daily focus on workforce as “the primary challenge” and a concern for Gov. Phil Scott.

Kilcullen has been a police officer for more than 25 years.

He said recruiting new police officers has been a challenge and one that goes beyond Rutland or Vermont.

Even at colleges that have criminal justice programs, students who are graduating are not necessarily planning to join a police department or have a career in law enforcement as a first responder.

Kilcullen said one challenge is the many people in the United States who are distrustful of police.

Mark Carignan, acting chief of the Brattleboro Police Department, said the department was down 11 positions from a 27-member department.

Modifications have to be made to scheduling so there are certain times where a “significantly reduced” number of officers are on duty.

“During those times, we’ll only be responding to emergency, life-threatening calls and there may even be a delay in response to those calls because in certain circumstances, we’re going to have to call in additional officers from home,” he said.

Carignan, who has been a police officer for 25 years, said he thought compensation played a role in the challenge of recruitment.

“The expectations have increased dramatically, the compensation has not so that’s one part of it. But compensation isn’t everything,” he said.

He said another problem was the “fairly aggressive narrative” that police work was not a good profession.

“While I think most of us agree that there’s some important reforms that need to happen, alienating police officers, villainizing police officers, one, is not a good way to affect meaningful change in any organization, including policing. It also, of course, makes it incredibly difficult to recruit people into the profession,” he said.

Sargent called it a “brutal environment” for recruiting because of the national mood.

Kilcullen said, however, that he believes Rutland City residents value their police officers. 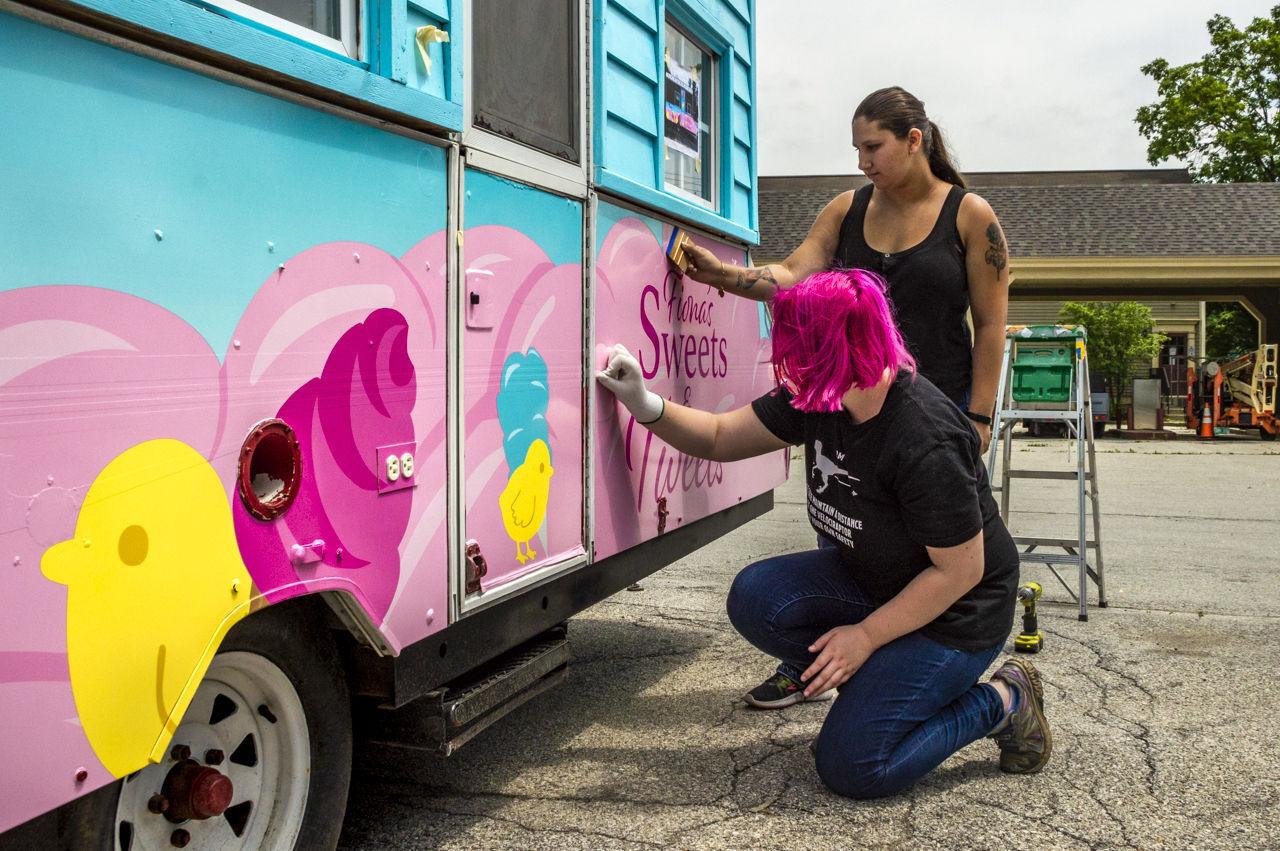 PAWLET — A long-standing zoning dispute between the owner of a firearms school — one the Environmental Court ordered shut down — his neighbors, and the town government, continues.

At 7 p.m. Thursday the Development Review Board will hold a hearing to listen to an appeal filed against Permit #2021-06. The permit was granted to Daniel Banyai, owner of 541 Briar Hill Road, who wants to build a 30-foot by 20-foot storage building. Appealing the permit is adjacent landowner, and member of the Select Board, Rich Hulett. The meeting is being held via Zoom with login information available on the town’s website.

The purpose of the proposed shed isn’t made clear in the zoning documents.

In April, Merrill Bent, the town’s attorney, filed a motion asking the state Environmental Court to hold Banyai in contempt of a March 6 court order directing Banyai to stop operating the firearms school, remove the buildings associated with it, and to pay the town $46,000 in fees. Bent wrote that Banyai had done nothing to comply with court orders and requested it schedule a contempt hearing.

According to court documents, Banyai opened a firearms school on his property in 2017. The town has said he didn’t have the necessary permits to do this. The situation eventually garnered statewide and national media attention, with residents of Pawlet telling the New York Times that Banyai’s behavior has made them feel unsafe.

Jessica Van Oort, Select Board member and chair of the Planning Commission, said Tuesday that on May 25 she received an email from Select Board Chair Michael Beecher telling her that Banyai had been recording video at Gary Baierlein’s shop, and the home of Mark Frost. He asked her to let him know if he goes to any other commissioners homes, and that he’d informed Bent of this so she could contact State Police.

Van Oort said she has not seen Banyai near her home, nor has she heard from other town officials about him beside Beecher’s email.

Baierlein and Frost are members of the Planning Commission. Baierlein is also on the Development Review Board. Neither have returned calls for comment. Beecher has likewise not returned calls.

Sgt. Doug Norton, acting station commander at the Vermont State Police Rutland Barracks, said Tuesday that police did hear a report from the town about Banyai. Norton said he spoke to Banyai at some point within the past few weeks about this.

“He told me he was filming in the community,” said Norton. “Based on the information we have, we did not believe a crime had occurred.”

He said police are aware of tensions within the community.

Hulett’s appeal makes four points. One, that Banyai’s claim that his property has 261 feet of road frontage is false, and that he’s required to have a 50-foot right of way when he’s only got a 30-foot right of way. Two, that there’s been no confirmation of Banyai’s plot plan. Three, that the plans Banyai has submitted don’t meet the town’s zoning bylaw requirements, and four, that it’s not clear what the accessory building is for.

“Considering the principal use is an established two bedroom living quarters with conveyed wastewater treatment plan and site … there should be no further need for any sleeping/living quarters/wastewater demand UNLESS the accessory use building is in actuality a thinly veiled attempt to MAINTAIN a presently established ‘school’ building,” Hulett’s appeal states. “The State of Vermont Superior Court, Environmental Division decision of March 5, 2021, called for removal of this structure.” 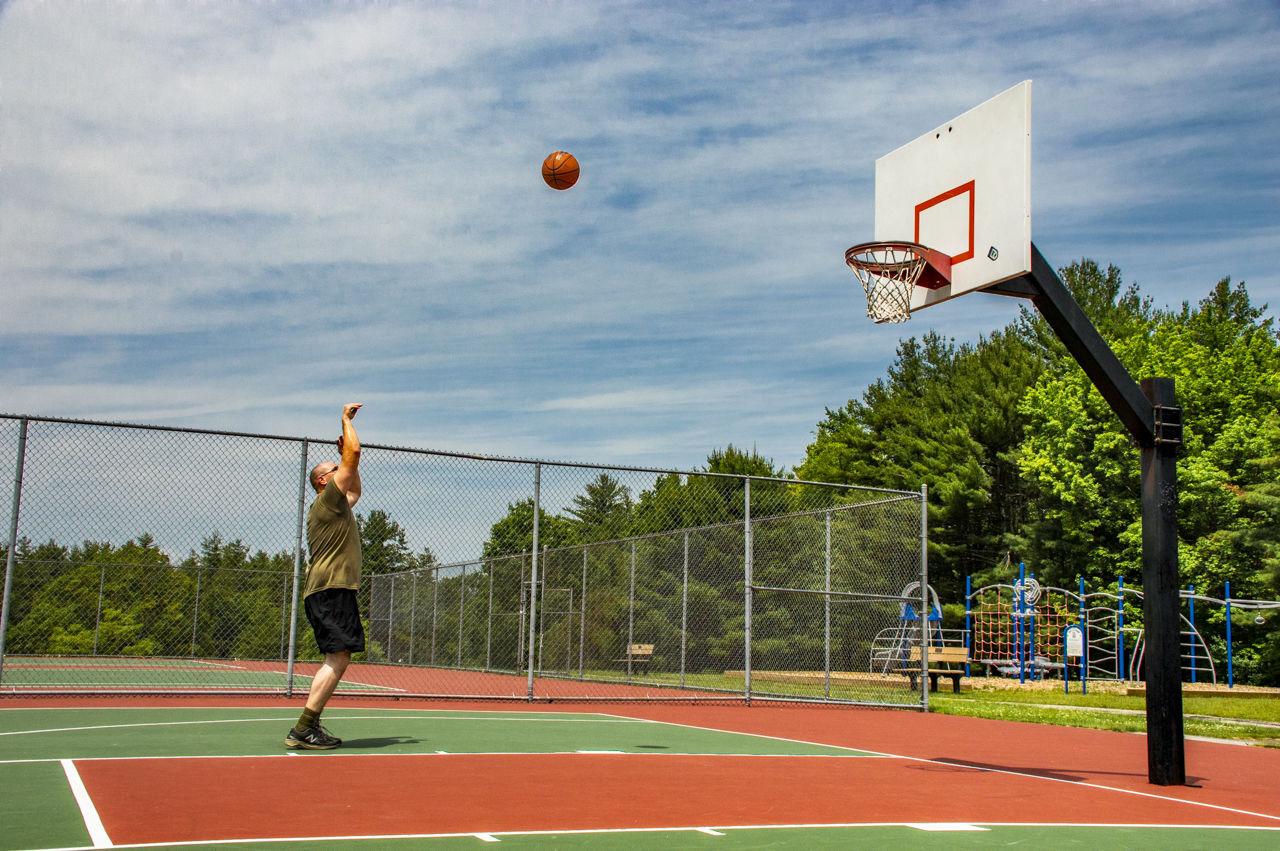 The city has cleared the way for work on the West and Forest streets railroad crossing by agreeing to handle any hazardous materials under them.

The Board of Aldermen voted unanimously Monday to approve an agreement with the Vermont Agency of Transportation in which the city assumes responsibility for “handling, treatment and disposal” of any hazardous materials dug up in the city right-of-way as part of the project.

City Attorney Matthew Bloomer said Mayor David Allaire had tried to get that requirement dropped during negotiations, but that the state had no budget. Bloomer also said the state did not expect to find more than $11,000 worth of petroleum-contaminated soil under the crossings, but was unwilling to cap the city’s liability.

Otherwise, the city is paying nothing for the project, which is to be funded with 10% state and 90% federal dollars. Allaire recommended paying for any disposal out of the contingency fund and noted the state was planning to spend hundreds of thousands of dollars at each crossing.

Alderman Devon Neary noted that the $11,000 was a worst-case projection and that the state might not find anything under the crossings.

“If it’s $11,000 or $20,000, I don’t care,” Alderman William Gillam said. “If we save one life because we put all those safety issues, with the farmers’ market there, with the neighborhood using it as a crossing, and we’ve got some blinking lights to slow the traffic down — if we save one life, it’s worth it.”

The concession by the city follows a dispute two years ago in which the state held up a pipe replacement project under a rail crossing because the city would not sign an agreement taking on significant liability regarding the crossings while giving the state veto power over such projects in the future anywhere in the city. The city sued the state, which ultimately settled out of court.

Calgary-based TC Energy said it would work with government agencies “to ensure a safe termination of and exit from” the partially built Keystone XL line. A8

The Rutland girls tennis team’s season came to end, losing to South Burlington, but the future looks bright at RHS. B1