A new joint task force of lawmakers is exploring how to update the state education-funding formula.

The eight-member group, dubbed the “Task Force on the Implementation of the Pupil Weighting Factors Report,” has been given the job of proposing a more equitable way to distribute money to school districts across the state.

Currently in Vermont, school budgets are developed at the local level by school boards and approved by voters. Funding, however, comes from the state education fund, which is funded in part by property taxes.

To calculate per-pupil spending, the state applies a weighted formula that reflects the resources a district needs to educate students based on certain characteristics, including students living in rural areas, students from low-income backgrounds, students with different learning needs and students for whom English is not their primary language.

Yet a 2019 report commissioned by the Legislature found the existing formula to be “outdated,” with weights having “weak ties, if any, with evidence describing differences in the costs for educating students with disparate needs or operating schools in different contexts.”

At its inaugural meeting, the group got a primer from analysts on the current status quo of the state’s education funding system, as well as an overview of the 2019 report’s findings.

In his presentation, Mark Perrault, senior fiscal analyst for the Legislature, cited a report by Education Week that put Vermont first in the nation for per-pupil spending when factoring in regional costs. Additionally, it found that the state has the second-largest gap between highest- and lowest-spending school districts at $12,865 per pupil.

Perrault noted the report was based on 2017 school finance data and did not reflect the full impact of school district reorganization under Act 46, which he posited has helped to somewhat close that spending gap.

The takeaway: Despite a high degree of spending, resources aren’t necessarily going to the districts that need them the most.

“We saw our first real spike when children born into the initial opioid epidemic hit school age. And as these children grew, so did the challenges to meeting their needs,” she said.

As student needs have increased, Notte explained that RCPS has been forced to reallocate resources, resulting in decreased staffing, increased class sizes and fewer enrichment opportunities.

“One of the biggest challenges we face is the readiness gap. Children coming into school from economically challenged homes have not had the same early learning opportunities and developmental opportunities, and are often not as prepared as their peers,” she said.

Notte argued that an increase in resources would allow the district to expand programming and increase student engagement and, ultimately, boost graduation rates.

Burlington School District Commissioner Martine Gulick has experienced inequity in funding between school districts firsthand as someone who works in an overweighted district, but lives in an underweighted one.

“For years, I was really baffled by the discrepancies that I saw in funding between the two districts — the one I lived in and the one I worked in,” she said. “I came to realize that my library budget where I worked was 10 times larger than the library budget at Burlington High School.”

She explained Burlington’s needs are “great,” noting a number of English language learners and more than 50% of students being eligible for free and reduced lunch — with some schools as high as 71%.

Mark Schauber, executive director of the Coalition for Vermont Student Equity, which represents 21 mostly underweighted school districts, maintained that an overhaul of the formula is necessary.

Notte and Gulick are members of the coalition.

Schauber cited examples from around the state of districts that are understaffed, can’t afford sufficient busing services and lack adequate HVAC systems.

“We are saying it’s high time to fix the flawed formula by implementing the recommendations in the report,” he said.

Schauber dismissed the notion that categorical aid — that is, federal or state funds granted to districts for specific purposes such as transportation or special education programs — is the solution, arguing that it “doesn’t provide struggling districts with any certainty.”

“Using categorical aid also doesn’t get to the root of the issue, which makes it hard, if not impossible, to measure differences and student needs throughout the state,” he said. “The weights are how we map our students. Simply put: Categorical aid is not equity.”

The task force will meet throughout the summer and fall. Public hearings are tentatively scheduled for the fall. A full report is due in December. 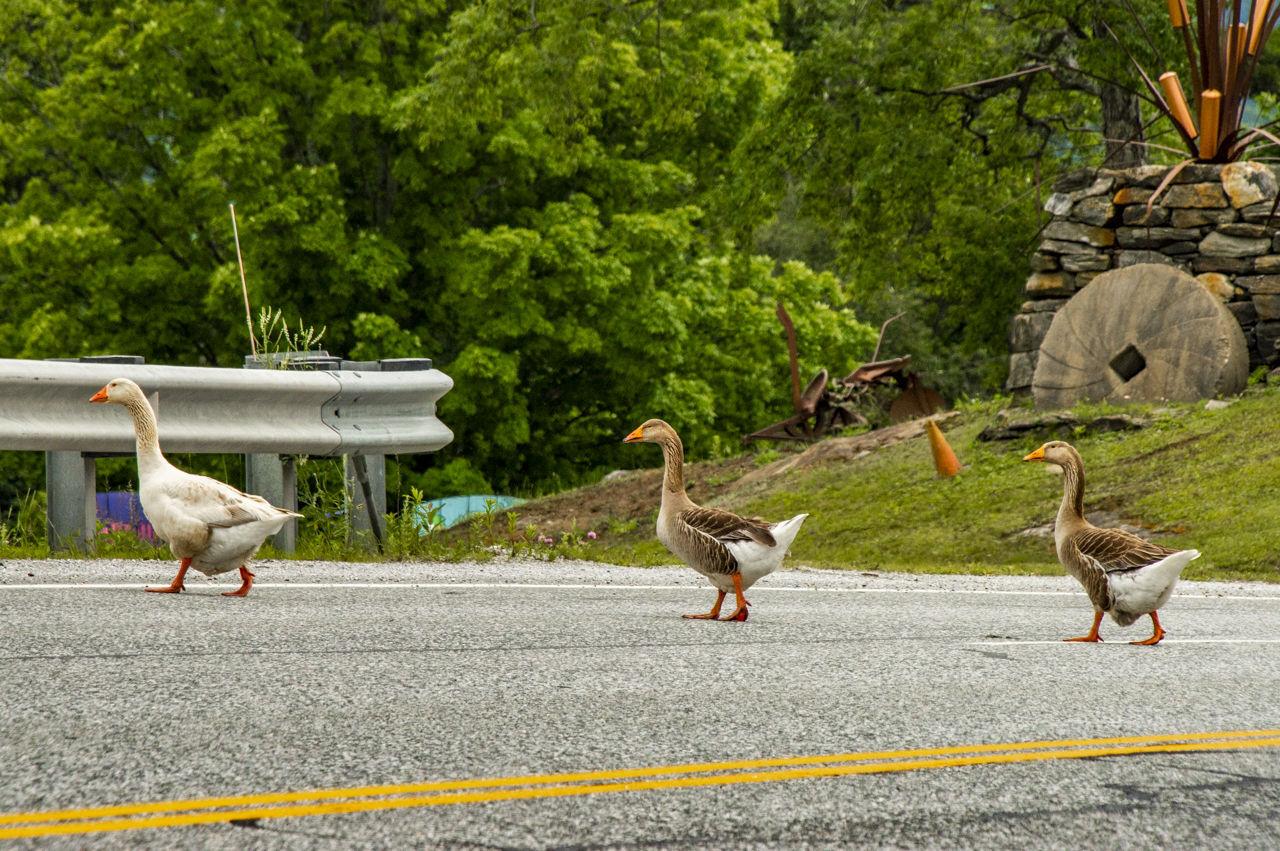 A flock of three geese cause a slight disruption of traffic on Killington Road as they cross the street and head into the pond.

WEXP goes off the air

WEXP is off the air.

The station continues to stream online, but owner David Tibbs said he pulled the plug on the broadcast signal Thursday due to financial difficulties. Tibbs — who goes by “Uncle Dave” while DJ-ing —said they were unable to make payments to a creditor when a large donor was suddenly found to have stage-four cancer.

“He couldn’t help us,” Tibbs said. “We’re putting together something to fix that.”

Tibbs has been running the station as a community-oriented nonprofit relying on sponsorships and donations. He declined to say exactly how much he needed to get back on the air.

“It’s not insurmountable,” he said. “It’s not like half a million dollars. It’s a good chunk of change.”

However, Tibbs said he was confident he would get the money he needs and get the station back on the air — hopefully by the end of the month.

“We’re a hit,” he said. “People love the station. ... We’re making a difference and giving Rutland what it deserves — a positive spin on where they live. ... Day to day we’re fine. I need to hire a salesman soon because it’s getting to the point where I don’t have enough time to talk to everyone who wants to be on.”

The station went live in January 2020. In addition to giving airtime to a wide variety of local nonprofits, Tibbs has used the station to champion local music.

WEXP is based out of the Vermont Farmers Food Center, where treasurer Chris Keyser said the organization has been trying to support the station. Keyser said Tibbs stumbled into the worst time to start a venture, which the pandemic coming close on the heels of the station going live.

“He helped support us also by giving us airtime,” Keyser said. “He was very free with his pro bono time for us. Plus, he always talks up the farmers’ market itself.”

“Inheritance,” a short film shot in Shrewsbury in 2019, is making the festival rounds — including a planned showing in late August at the Middlebury New Filmmakers Festival. Lockhart, 29, a New York City-based filmmaker with a long list of assistant director credits, shot the short at the cabin her mother, a former Spring Lake Ranch employee, purchased in the mid-’80s and that her extended family uses as a vacation home.

Lockhart said the community was helpful and welcoming during the five days of filming as the cast and crew had to adjust to working without cell signals or WiFi.

“It was a little isolated, but we sort of planned it so we had everything we needed,” Lockhart said. “It ended up being a tranquil, focused set.”

The story focuses on a woman who receives the deed to her family’s Vermont cabin on her birthday. At the same time, she inherits the attention of spirits that were already tormenting her father and brother. The spirits subject the family to little more than unpleasant stares, and the film lacks any sort of big-action climax, but the short is infused with a sense of creeping dread.

“It was a way to track the metaphor I was trying to draw for the film, the cumulative effect of being watched or judged,” she said, adding that people of color frequently find themselves under unwelcome scrutiny as they just try to go about their day-to-day lives.

Discussion around racial harassment in the local area in recent years and the film’s setting make it tempting to read it as a specific commentary on Vermont, but Lockhart has said it was inspired by more of a global experience than a local one.

“Vermont, to me, has been one of the most accepting environments I’ve been in,” she said. “The comment I wanted to make was how, in general, Black families and families of color have had trouble being at peace in these tranquil settings. ... Even in the best scenarios, the unfortunate past of the country still lingers.”

“Inheritance” has shown at the Atlanta, Maryland, Riverrun and Palm Springs film festivals, taking the prize for best U.S. short at the latter. Other planned August appearances include the BlackStar Film Festival in Philadelphia and the Fantasia Film Festival in Montreal, both of which will make the film available online for a limited time.

The exact date of the Middlebury showing has yet to be determined, but the festival there takes place Aug. 25-29. Meanwhile, Lockhart said she is “slowly but surely” writing a feature-length film.

“It’s about a woman who is trying to save her father’s life,” she said. “They both will go to any length to do so.” 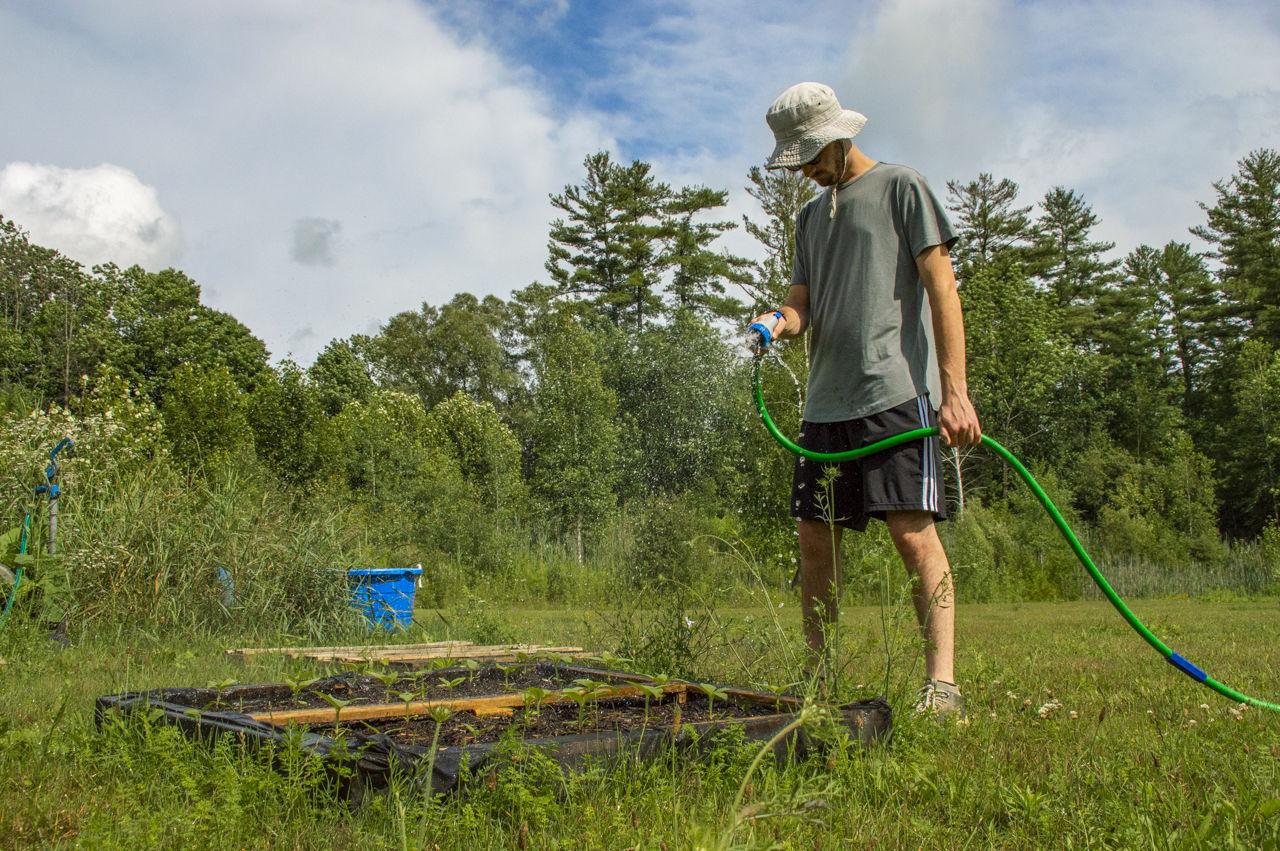 Jimmy Anderson hydrates a flower bed outside his home on the outskirts of Rutland City.

Devil’s Bowl driver Vince Quenneville and the Lakes Region baseball team have make or break weekends ahead. B1 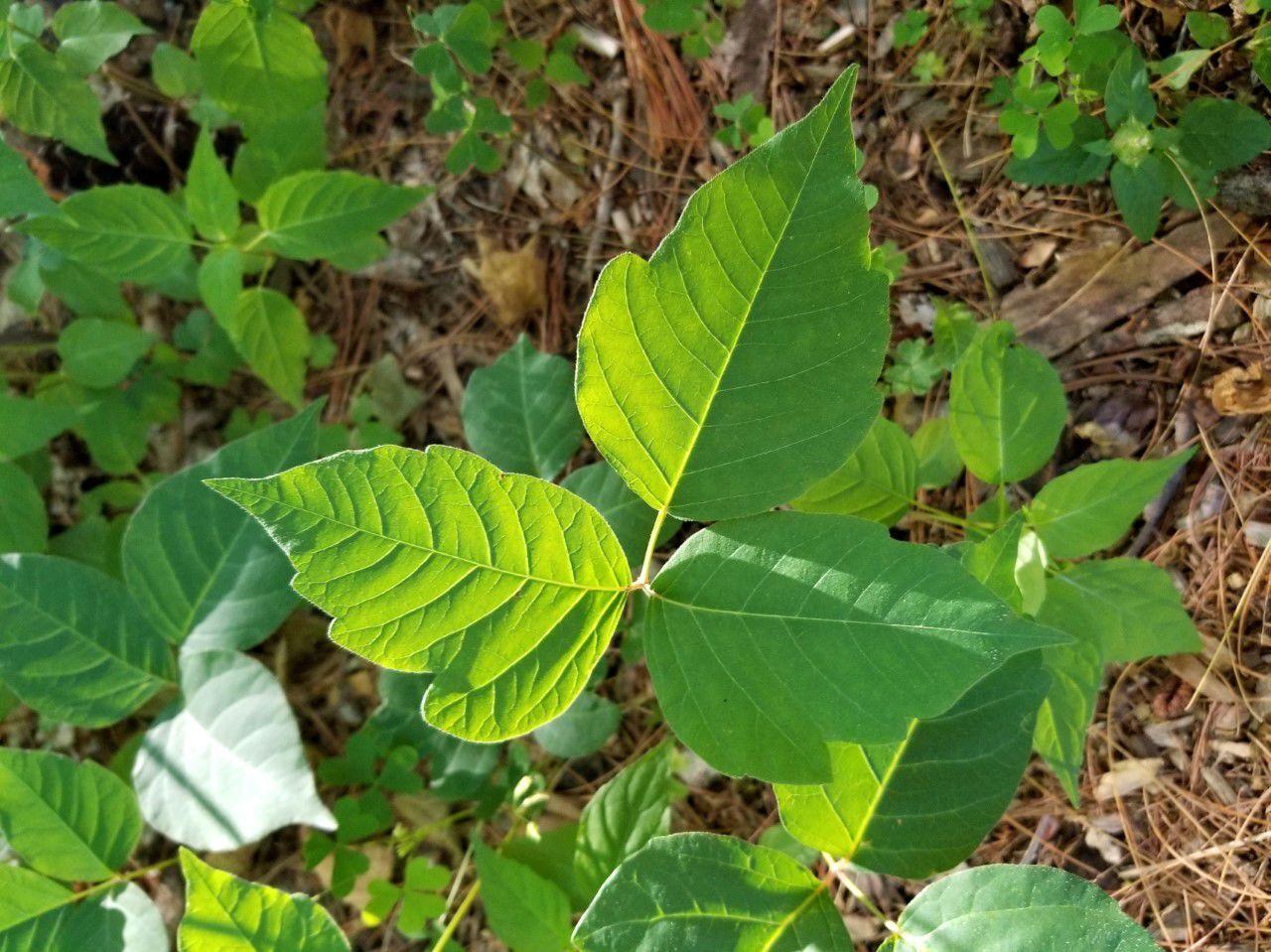 Poison ivy, recognizable by its leaves of three, thrives in Vermont in a number of different habitats from backyards to wooded areas. 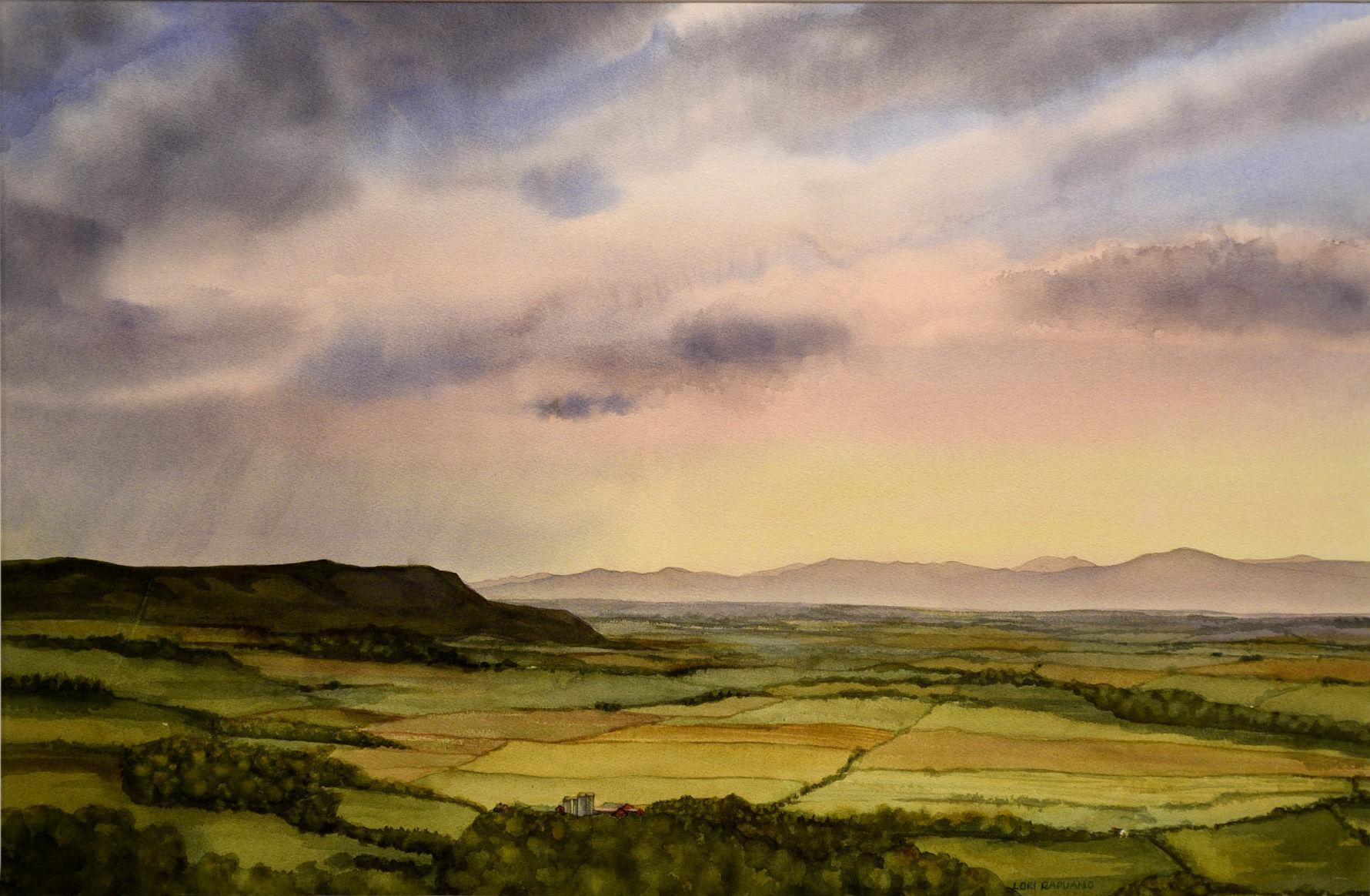