Mayor David Allaire announced Monday that he is having surgery later this month for esophageal cancer.

Allaire notified the Board of Aldermen at its regularly scheduled meeting that the surgery was expecting to leave him out of commission for at least three weeks. Board President Matthew Whitcomb would serve as acting mayor during that time, as called for in the City Charter.

Allaire said he was diagnosed in March and had undergone treatments at Rutland Regional Medical Center’s Foley Cancer Center in April and May. During that time, he said, he continued to work.

“I come to work every day,” Allaire said. “I enjoy my job, and I plan to keep doing my job until my next hurdle.”

That hurdle, he said, was the surgery, scheduled for July 23 at Dartmouth-Hitchcock Medical Center in Lebanon, New Hampshire.

“I hope to be back in the saddle at some point in mid-August,” he said.

Allaire said the surgery is “curative,” and that he expects to be able to resume his regular activities.

“I will resume those activities cancer-free,” he said.

Allaire called the Foley Center an essential resource for the community and thanked his department heads and their families.

In addition, Monday evening, the board voted to have the Charter and Ordinance Committee discuss mandating wearing masks in public — though a number of aldermen and the mayor said they would oppose such a mandate.

Alderman Michael Talbott made the motion following a presentation by Claudia Courcelle, a nurse at Community Health, who said the organization strongly recommends wearing masks in public. She said early mask-wearing has likely contributed to Vermont’s low COVID-19 infection rate.

Alderman Chris Ettori said he would support the referral, but was not ready to support a mask requirement.

“I do think it’s a worthwhile conversation to have,” Ettori said. “We, as city leadership, need to demonstrate we can have a conversation and come out in the end in some kind of agreement.”

Ettori said that discussion alone likely would encourage mask use.

Alderwoman Sharon Davis questioned whether a mask ordinance was at all enforceable.

Alderwoman Melinda Humphrey said that other communities had adopted mask ordinances and that the aldermen had approved other “unenforceable” ordinances, such as a ban on fireworks, because it was the right thing to do.

Alderman Thomas DePoy noted the ordinance against smoking in city parks did “not necessarily have teeth” but it enabled the city to put up signs that encouraged voluntary compliance.

“One hundred percent of the time that I’ve pointed that out to people, they’ve said ‘Oh, sorry, I didn’t know,’” he said. “I think you can do the same thing with masks.”

Allaire said that while he absolutely advocated for the wearing of masks, he also believed in following suit with Gov. Phil Scott, relying on voluntary compliance. He said local infection numbers have been low, which he took as a sign that people around Rutland were taking the pandemic seriously.

The mayor said he had been to the grocery store that day and 90 percent of customers were wearing masks.

Courcelle — who said she was not there to advocate for an ordinance — said her own experience was different.

She said a month ago, everyone seemed to be wearing masks when she went to the store, but more recently, almost nobody was.

“Even if it’s voluntary, please, please encourage people,” she urged. 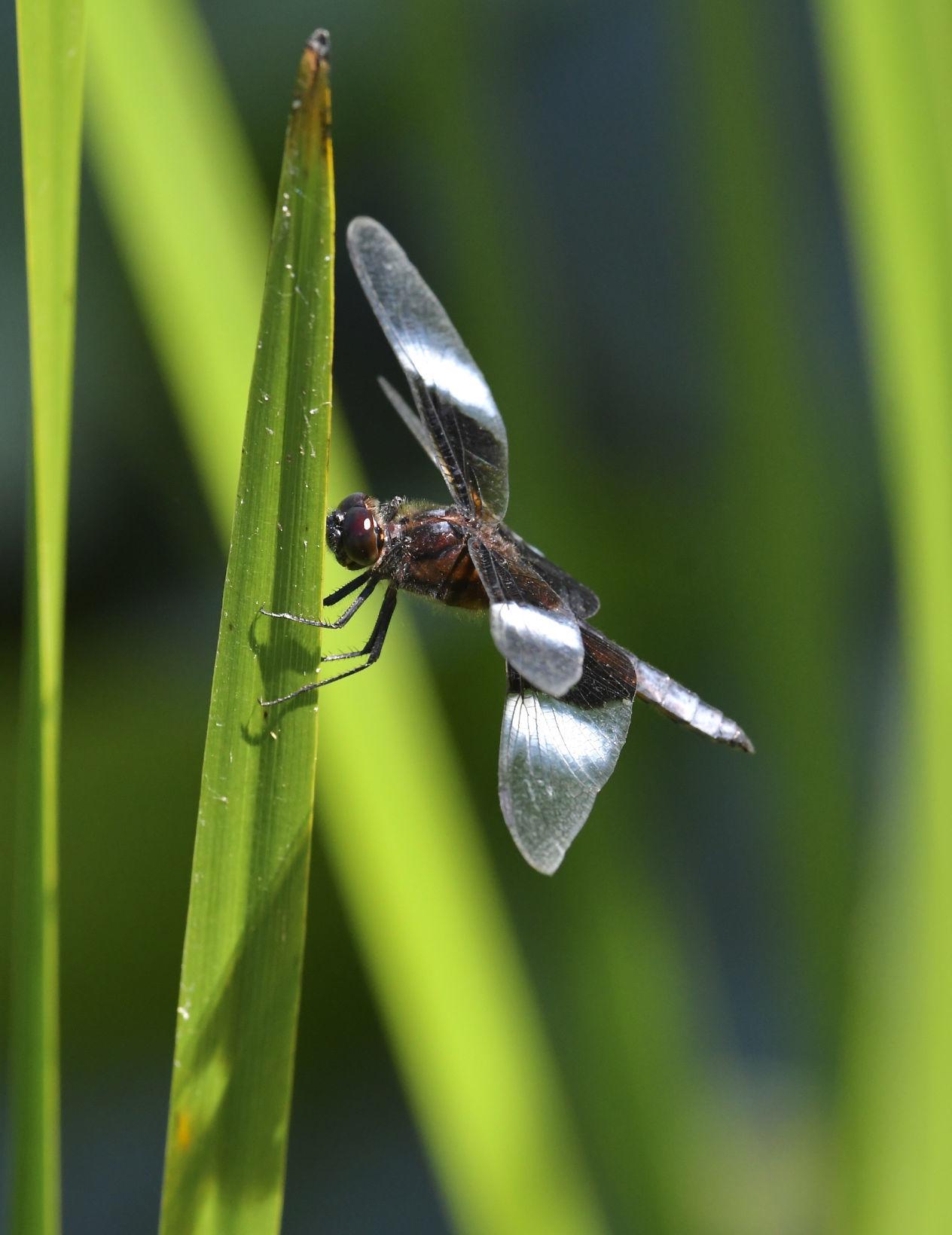 A dragonfly feeds on a reed on Monday afternoon at East Creek Wildlife Management Area in Orwell. 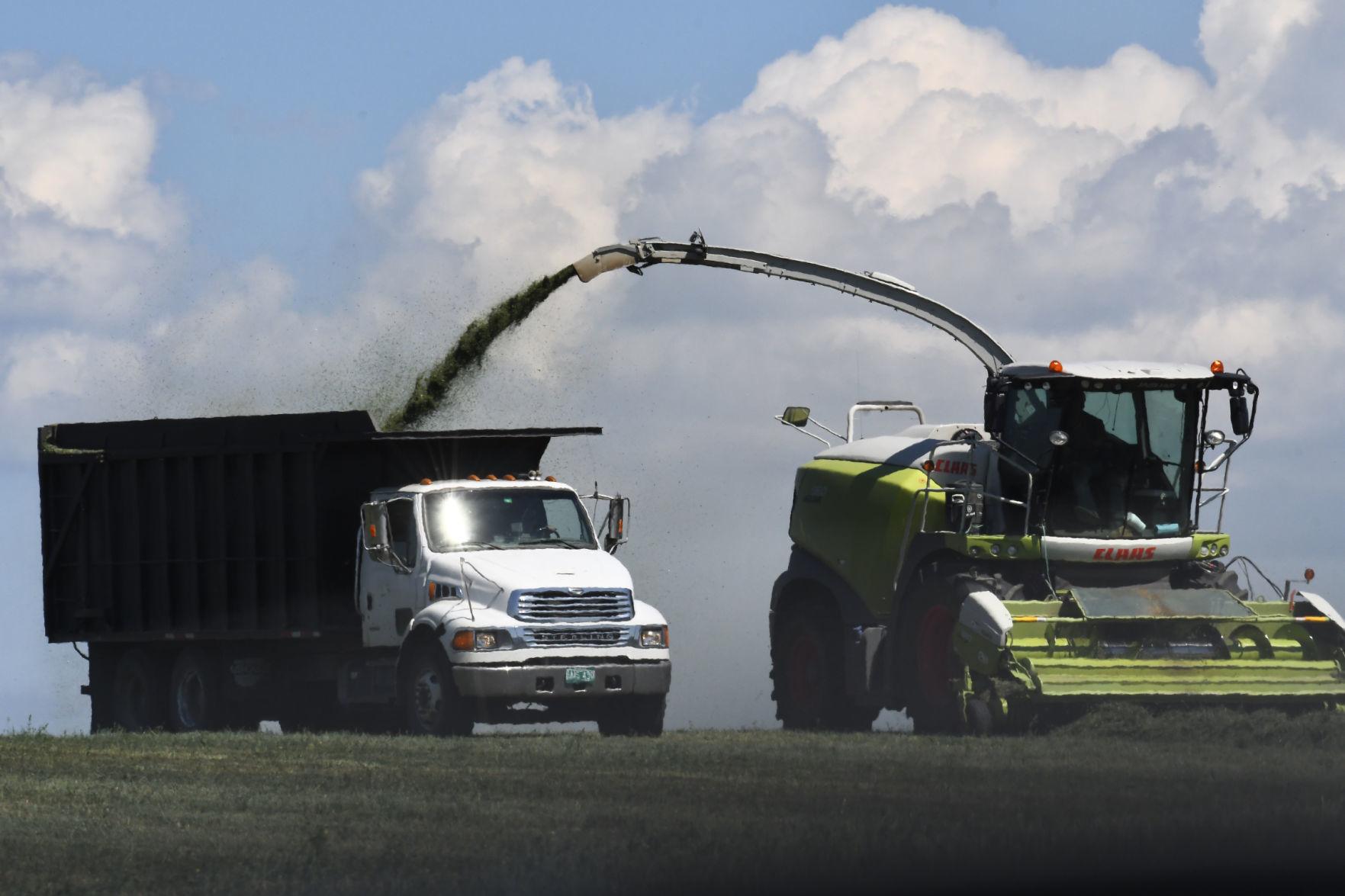 Cut hay is fed into a waiting truck under a cloud-filled sky on Monday afternoon along Mount Independence Road in Orwell.

Lawyer Sigismund Wysolmerski’s yearlong suspension would have ended this month, but instead an appeal to the Supreme Court has ended in his disbarment.

Wysolmerski, a prominent Rutland attorney and former member of the Board of Aldermen, was suspended last year by the Professional Responsibility Board for “dishonest conduct” and “failing to keep his client informed.”

As the Supreme Court reviewed the case, Wysolmerski argued to have his sanction reduced to a reprimand or a suspension of six months or less, which disciplinary counsel had argued for the suspension to be extended for a year.

Instead, the court disbarred him.

Delaney said that the Supreme Court typically just reprints whatever decision reached it from the Professional Responsibility Board and that while he could only speculate, it seemed likely that something about the case angered the court.

“Generally in attorney discipline cases, what most supreme courts, most disciplinary boards are looking for is for an attorney to take responsibility, even when it hurts,” he said. “Any argument you have, you might as well throw it in the toilet. Just fess up, say what I did was wrong and here’s how I’ll fix it.”

The suspension stemmed from a case in which Wysolmerski represented a client who felt he was the victim of a predatory mortgage. The panel found that Wysolmerski brought a lawsuit against the wrong company – it’s name was very similar to that of the one that allegedly wronged his client – and was then dishonest about the situation with his client, the counsel for the company, and the court. There also were charges that Wysolmerski improperly notarized documents for the client.

The court found no error in the hearing board’s findings, but its decision, dated June 26, differed with the board’s legal conclusions – particularly in how it weighed factors against Wysolmerski and those in his favor in determining the sanctions against him.

The chief aggravating factor, according to the decision, was a previous suspension imposed in 1997 for violation over an eight-year period including findings Wysolmerski “acted without clients’ approval and bound them to unauthorized settlements; misrepresented to other attorneys his authority to bind his clients; lied to clients about the status of their cases; was knowingly and repeatedly dishonest with clients, other attorneys, and the courts; failed to keep in contact with clients and inform them of their legal obligations; failed to file a promised lawsuit; failed to forward settlement offers and court papers; did not fulfill his professional contracts with clients; and engaged in conduct adversely reflecting on his fitness to practice law.”

The court at the time found Wysolmerski’s behavior was enough to justify disbarment, but instead followed the Professional Conduct Board’s decision to suspend him for three years.

“The Court did not disbar respondent at that time solely because of mitigating factors, primarily respondent’s problems in his personal life,” the decision reads.

The court found that the panel gave too much weight to how much time had passed since the previous suspension and too little to the similarity in the violations.

The court also disagreed with the panel’s finding that while Wysolmerski’s misconduct constituted a pattern, it was less severe because it was limited to a single client, ruling instead that the fact that he was found to have committed five violations should have weighed more heavily against him.

The court gave little weight to mitigating factors, including stress in Wysolmerski’s personal life and that he was “generally cooperative” with the investigation.

“We find that the collective weight of respondent’s very substantial experience in the practice of law; the pattern of misconduct at issue; the multiple instances of misconduct; his dishonest motive; and his history of serious misconduct, very similar to the conduct at issue here, overwhelms the scant mitigation afforded by his cooperation, limited expression of remorse, and the stress of his personal problems during the ... appeal,” the decision reads. “In this case, we conclude that disbarment is the only sanction sufficient to protect the public.”

Wysolmerski did not immediately return a call seeking comment Monday.

“It’s hard to know whether we are living in strange or dangerous times.”

Plenty of commentaries and

letters to the editor today. A4

While some summer camps are open this year, COVID is redefining that experience for kids. A2