A group of students attend a class as part of Stafford Technical Center’s adult education program.

As the pandemic has prompted people to choose new career paths — either by necessity or choice — Stafford Technical Center has emerged as a valuable resource for adults looking to make that pivot.

Bill Lucci, assistant director for adult technical education at Stafford, said adult programs have thrived over the past year and a half.

“I can’t tell you the number of people that decided when they were furloughed from their jobs … ‘Maybe, this is the time to reevaluate what I want to do with my life,’” he said.

Lucci explained that while other technical centers around the state shut down their adult programs during the pandemic, STC found ways to continue to provide programming in allied health, manufacturing and transportation — all sectors that are considered high demand.

Classes, which are typically capped at 10-12 students per instructor, all have waiting lists, according to Lucci. Combined enrollment for all adult programs this year is close to 300.

“Everything that we’re offering, as far as workforce development, is full,” he said.

Lucci noted the shift in adult education programming at tech centers from personal enrichment courses, like cooking and pottery, to workforce development.

“We work closely with partners, and we provide the programming and the education, training and workforce development that they need at the local level,” he said.

At Stafford, that programming is often adapted and tweaked to meet specific workforce needs.

Such relationships are what allowed Stafford to keep its adult programs open during the pandemic.

Lucci described how community partners allowed programs to be hosted onsite, such as a licensed nursing assistant program, which it offered at The Pines nursing and rehabilitation center in Rutland.

With LNAs in high demand, he said Stafford was soon fielding requests from other facilities around the state. The center launched similar programs at facilities in Randolph and Windsor this year.

“Nobody was doing licensed nursing assistant training programs, but we did it for long-term care facilities at their locations. They were willing to give us the classroom, we were willing to provide the curriculum … with our instructor working there,” he said.

This fall, Stafford worked with Rutland Regional Medical Center, a longtime partner, to create an LNA program located on the medical center campus.

Amy Martone, director of nursing excellence at the hospital said the new classroom provides students with the opportunity to immerse themselves in the health care system.

Students have access to a state-of-the-art classroom in the Leahy Center, a simulation center for learning and clinical areas for the students to do their clinical rotations.

“It’s a great entry into patient care and the nursing profession,” she said.

Martone noted that two of the students in the current cohort are Rutland Regional employees. She said the hospital offers support to employees looking to advance their careers.

“We create the environment for that,” she said. “We allow things like flexible scheduling, we provide generous tuition support, and we work really hard with them to make sure that they have a good transition-to-practice plan for when they do graduate.”

After completing the program and passing the licensing exam, graduates will be eligible for any open licensed nursing assistant or nursing technician positions at Rutland Regional, she said.

Like much of the health care sector, Rutland Regional is struggling to find nurses.

According to Martone, about 50% of the job postings at the hospital are in nursing and half of those are for LNAs.

She said the main focus has been filling vacancies in intensive and surgical care units.

“That’s where we have our highest LNA vacancy rate,” she said.

Lucci pointed to the trucking as another industry where employees are in high demand.

He said enrollment in STC’s commercial drivers license (CDL) training program has been “unprecedented” because of the pandemic.

Lara Bitler, of Poultney, joined the CDL program in January.

She said she previously worked as a school teacher and then a private housekeeper before deciding to make a change.

“I realized that, working for myself, I don’t have benefits or retirement. That’s not really a good place in life as you get older,” she said. “So I realized I needed to find a career that would be sustainable for me.”

She said the CDL program is convenient and feasible for adult learners, with classes that meet one night a week and all day on Saturdays.

“You can take the program at your own pace,” she said.

Having recently completed the program, Bitler has already been hired by Casella Construction. Once she passes the Department of Motor Vehicles skills test, she’ll be hauling aggregate from Middlebury to OMYA’s processing plant in Florence.

Bitler admitted that driving trucks was a childhood fantasy.

“I’ve actually always had an affinity for trucks, for big rigs, since I was a little girl. I actually played with Matchbox cars as funny as that is,” she said. “But my life led me in a different direction.”

And while Stafford’s adult programs offer flexible schedules, Lucci noted they’re also affordable thanks to a variety of need- and non-need-based grants and scholarships from the Vermont Student Assistance Corp.

The programs are a revenue generator for Rutland City Public Schools, he said. The tuition generated goes directly back into the RCPS budget to pay for equipment and help fund Stafford’s high school programs.

For example, a contract to conduct pre-employment screening for GE-Aviation workers generates approximately $30,000 in revenue annually.

“These are all … high-tuition, high-profit courses that we’re actually bringing money back into subsidizing the other work that we’re doing,” he said. 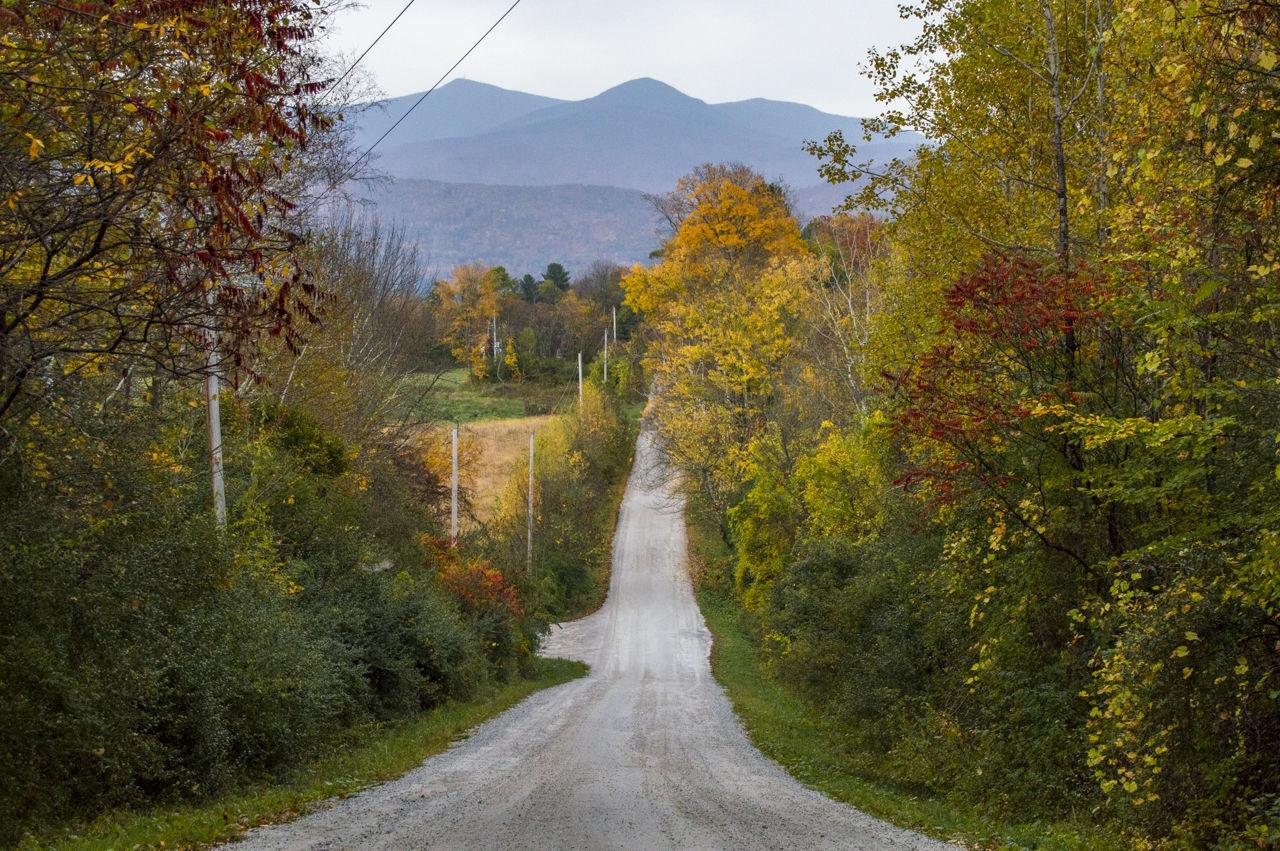 In West Rutland, Boardman Hill Road stretches toward Killington Mountain on the horizon.

MONTPELIER — The public has until Nov. 1 to comment on a plan for boosting the state’s health care workforce, one that’s received praise from health care workers as well as state regulators.

The “Health Care Workforce Development Strategic Plan” was presented to the Green Mountain Care Board on Wednesday by Ena Backus, director of Health Care Reform at the Agency of Human Services.

Kevin Mullin, Green Mountain Care Board chair, said the board has 30 days from the time it received the plan, that being Oct. 15, to vote on it, but he’d like to see a vote happen on Nov. 3.

“On the whole, I can tell you that I’ve been very impressed with what I’ve seen,” said Mullin on Thursday. “It’s not a new problem, we’ve been talking about it at the board for five years now, and we’ve got to get started. You don’t fix a problem like this overnight, it’s going to take years and years to fix.”

“I think most of it is good,” said Mullin. “I especially think that if people look at the bigger picture, there’s a way here to help make health care sustainable by providing a future workforce by growing our own supply.”

Achieving the plan’s goals will require cooperation between health care, education, and political sectors, he said.

“(O)ne of the things in the report, for example, is for the state colleges to explore starting a physician’s assistant program,” said Mullin. “In today’s world we rely on (University of Vermont) to give us all of our providers, and I think when you put all of your eggs in one basket that’s a little bit troubling. So I’m excited about the opportunities not only for health care but for higher education.”

Moving ahead with all the draft plan calls for is beyond the Green Mountain Care Board’s reach, he said. It will require buy-in from the administration, which Mullin believes it has, from the Legislature, as well as the leaders of the state’s hospitals and schools.

“I do think most of it will be approved,” he said. “These are things that have been talked about for a long time. It’s been a long time since we had a strategic workforce plan for health care, the last one I think was in 2009 and we’ve had several panel discussions at the board on what could be done to try to ease the pressures.”

Devon Green, vice president of government relations Vermont Association of Hospitals and Health Systems, said many are behind the plan.

The group is part of the coalition that supported the proposal. Green said the process that created it was inclusive.

She said part of the plan calls for the creation of a group to explore new ways of recruiting health care workers.

“I’m happy to see the creation of this inter-agency group that’s going to look at some less traditional issues that are less direct issues like workforce housing and taxes,” Green said. “I think in the past we have thought a lot about loan repayment and scholarships, but I think we need to acknowledge that a more comprehensive approach is needed and that there are people who are not coming to work in health care because they can’t find housing.”

She said the coalition will keep working to support the proposal. 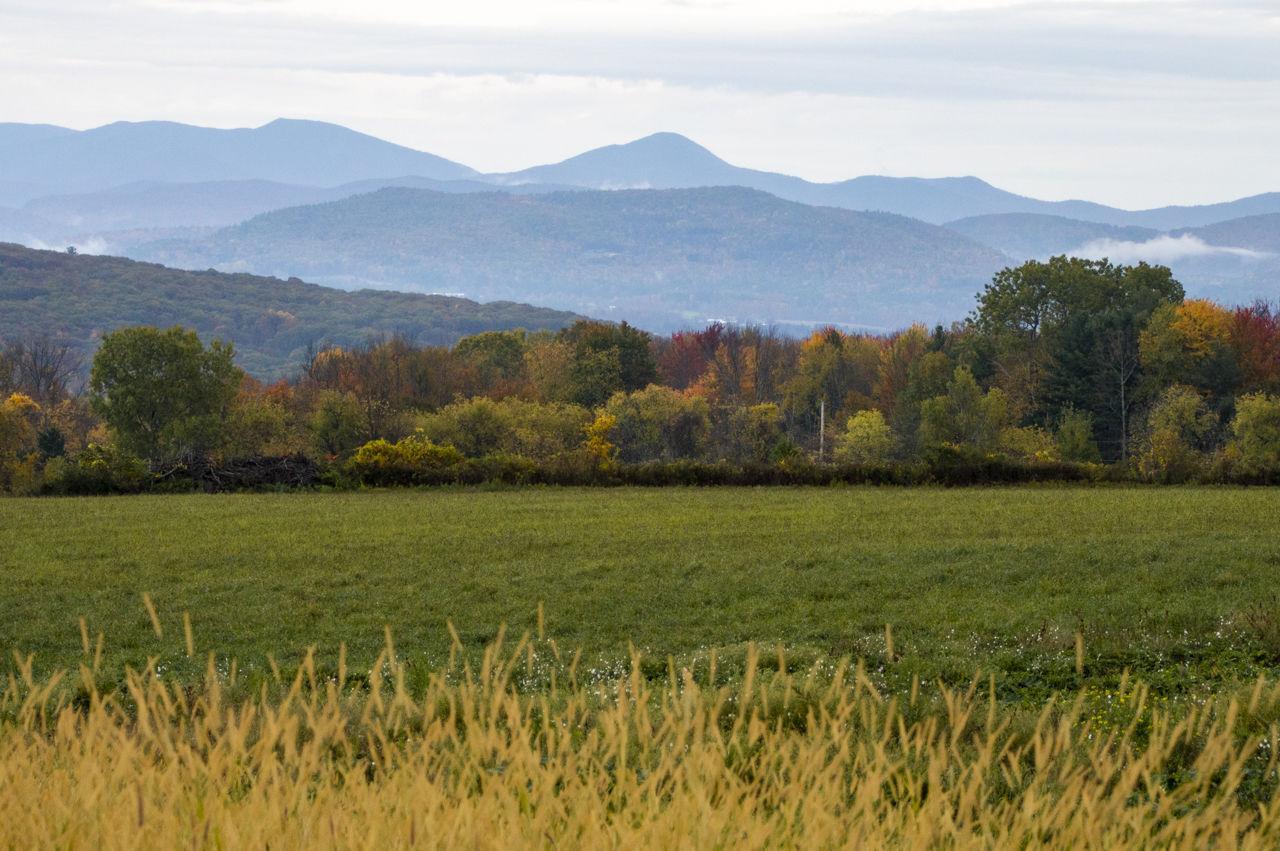 Autumn colors fade in mountain foothills rising above West Rutland, although a few pops of color are still left to be found.

The city is trying to get Consolidated Communications attention.

The Board of Aldermen voted unanimously this week to demand the company have a representative meet with them by Nov. 1 or face suspension of their permit for ongoing construction work in the city.

The company is engaged in a build-out aimed at delivering “symmetrical, gigabit-speed internet to more than 16,000 homes and businesses in the area,” and the conduct of some of its subcontractors drew the ire of Board Member Sam Gorruso last month. Gorruso said the workers trashed a privacy hedge on his property after rebuffing his offers to help them find a way to work around it.

Gorruso wasn’t alone — Board President Matt Whitcomb said the city had received a number of similar complaints from residents. The board voted in early September to ask a representative of the company to meet with them about the concerns.

That meeting has not happened, and Gorruso said this week that the company isn’t even returning his calls.

“In the world of business, if somebody doesn’t return your calls, you’re a scumbag,” Gorruso said, elaborating that Consolidated was treating the entire board like scumbags.

Board Member Sharon Davis also raised concerns about the traffic controllers being employed at some of the Consolidated worksites, and Gorruso also said he had heard reports of them almost causing accidents.

Whitcomb said he had been in contact with the company and he recognized they had a lot of work in front of them at the moment, but the renewed discussion pointed to a need to press more emphatically on Consolidated.

“I am hearing this is an urgent point now where they have to get in, in the next two weeks, and talk to us,” he said.

Consolidated did not immediately respond to an inquiry Thursday.

Noted spinner of scary and oddball tales Joe Citro will appear Halloween to amaze and beguile in Chester. A7