MONTPELIER — State officials say 39 towns will have a vaccine site for those 75 years old and older starting next week.

At his regular Friday news conference, Gov. Phil Scott said the state will start phase two of the rollout for the novel coronavirus vaccine on Monday. The state so far has vaccinated health care workers, emergency responders, and residents and staff at long-term care facilities. In an effort to keep people from dying, state officials said the next priority would be older Vermonters who don’t live in long-term care facilities. The vast majority of the deaths from the virus in the state have reportedly been residents 65 years old or older.

“The science is very clear. The older you are, the more likely you are to die if you get COVID. With our limited supply of vaccines, in my world, we have a moral obligation to prioritize saving lives,” Scott said.

The governor cited the limited supply of vaccine the state is receiving, about 8,800 doses per week, as the reason why the state is focusing solely on older residents. He said if the state starts getting more doses, it can quickly ramp up and start broadening who gets a shot.

Mike Smith, secretary of the state Agency of Human Services, said next week only those 75 years old or older are eligible for the vaccine. Smith said it’ll take about 5 weeks to vaccinate all those residents, of which there are around 49,000. The state will then vaccinate around 33,000 Vermonters aged 70 to 74, and then around 42,000 residents who are aged 64 to 69. The state is hoping to get through the older residents by the beginning of spring. After that, the state will vaccinate anyone 18 years old or older who has a high-risk health condition such as emphysema or heart disease.

Smith said residents can sign up online or via phone. He said the website and the number will be announced Monday.

According to the Department of Health’s website, 39 towns — including Barre, Montpelier, Waterbury, Rutland and Castleton — will host 54 vaccine sites.

Smith stressed those that sign up for a vaccine appointment need to keep that appointment. He said cancellations and disruptions to schedules could cause delays for others to get the vaccine and cause vaccine doses to spoil.

“We’re working on plans now to reduce the chances of spoilage, but we need your help to be successful,” he said.

The twice-weekly news conferences have typically been held in-person in Montpelier, though media organizations have been strongly urged to call in and only a small number of people attend. But Friday’s conference was completely remote because a contractor at Tuesday’s conference and last Friday’s conference ended up testing positive for the virus Tuesday. So the governor, Smith, Health Commissioner Dr. Mark Levine and others in attendance have been isolating. Scott said he and the other members of his cabinet have tested negative and he’s scheduled to be tested again Tuesday, seven days after the exposure. If that test also comes back negative, the governor can stop isolating.

Despite this incident, Scott, who is 62 years old, said his thoughts haven’t changed about when he gets the vaccine. He said he is anxious to get the shot, but he didn’t want to potentially take it away from someone in need.

“From my standpoint, I’m going to wait until it’s my turn. If I had my druthers, I would have everyone vaccinated before I had. I’d be the final vaccine shot into a Vermonter’s arm if I could,” he said.

News
Rutland pup gets in the game
Photo by Jon Olender

Melissa Levis (second from right) and her son Monty Singer hold Wilburton Inn “Canine Concierge” Jetson, the King Charles Cavalier spaniel. Second from left, Bonnie Levis and her son Eden, 11, pose with “Puppy Bowl” participant, Stitch. Stitch was adopted by Bonnie and her husband, Oliver Levis, from the Rutland County Humane Society after the family fell in love with the dog during a doggie slumber party at the Wilburton Inn. Jetson the Canine Concierge was featured in a “Pup Close & Personal” segment during the upcoming “Puppy Bowl.” Their episode “Puppy Bowl” will air on Animal Planet & Discovery Channel at 2 p.m. Feb. 7.

A former Rutland area resident will be playing in the big game Feb. 7.

Stitch, a dog who lived at the Rutland County Humane Society in Pittsford, before being adopted and going to live at a farm in Manchester, will be one of the canines playing at “Puppy Bowl” XVII shown on Discovery+ and Animal Planet.

While viewers sill have to wait a few weeks to find out how the game, which was played and recorded in October, turns out, Stitch has already gotten a happy ending with a twist.

Melissa Levis, who is the innkeeper at the Wilburton Inn, in Manchester, which her family owns, said the story started with an email she received during the summer that said producers for Animal Planet had been searching the web for the most “pet-friendly inn” in New England.

The Wilburton has developed a reputation for allowing dogs to stay for free and hosting doggie slumber parties.

“It’s true. I say, ‘We’re not just pet friendly, we’re pet celebrating’ is my motto for the Wilburton, and I’m so in love with my dog that I understand how other people just love their dogs,” she said.

Levis said she was “incredibly charmed that ‘Puppy Bowl’ found me.”

Beth Saradarian, executive director of the Rutland County Humane Society (RCHS), said she had heard from Animal Planet around the same time. They had been sent to her shelter because staff at Second Chance Animal Center in Bennington County, said they didn’t get many puppies needing a home and recommended the Rutland County Humane Society instead.

“They called and asked, ‘Would you be interested?’ and I said, ‘Absolutely. That would be great.’ We’ve never done anything with ‘Puppy Bowl’ before,” she said.

Stitch had been a stray found in Tennessee. Over the summer, he was sent to RCHS, which had the capacity for him since they don’t get a lot of puppies locally.

Saradarian said there were two puppies she thought would be good candidates but after sending photos and videos to Animal Planet staff, they chose Stitch.

According to Saradarian, Stitch has a “lovely personality.”

“He’s kind of a typical puppy. Very friendly, very outgoing, very social. Like, you know, goofy. Easy to have around, easy to be around,” she said.

Levis said staff from Animal Planet arranged to have Stitch come to the Wilburton.

“The producer said he had a vision that the dog was like a rescue dog, like Little Orphan Annie, and Jetson (Levis’ Cavalier King Charles spaniel) was like Daddy Warbucks with the spectacular home and they wanted the dog to come and enjoy the best of Vermont, the best of hospitality at the Wilburton and be pampered and relaxed before going off to “Puppy Bowl,” Levis said.

Levis said the people at Animal Planet had one other wish: They hoped a guest at the Wilburton would be so charmed by Stitch that he or she would adopt the puppy.

That didn’t happen. But it was because Melissa’s brother, Oliver Levis, fell for Stitch and adopted him instead.

Oliver and Bonnie Levis, and their four children, are now raising Stitch at Earth Sky Time Community Farm in Manchester, now that, as Melissa Levis pointed out, Stitch and Jetson are cousins.

Oliver Levis said Stitch was their first family dog, although he said there had been dogs raised by the Levis’ family when he was growing up.

He said Melissa suggested he and Bonnie come to the inn and meet Stitch. Once they did, Oliver Levis said he told his wife he thought it was an opportunity and asked if she wanted to adopt Stitch. She agreed and after Stitch completed his “Puppy Bowl” requirements, the family went to RCHS to pick him up and bring Stitch to his forever home.

“You could tell right away that he was a sweet, friendly good dog. All the things you would want to see in a dog. He’s active, he’s playful. He’s got no meanness. His fur is soft. He’s not too little, not too big. He’s just, obviously, a great dog,” he said.

According to Oliver Levis, Stitch is adjusting very well to living on a farm with his new family.

As for the “Puppy Bowl,” Oliver Levis said he expects to host a “watch party” for his family and the Earth Sky Time crew to watch how Stitch performed in the event

“We’ll be rooting for our Stitch,” he said.

For many, “Puppy Bowl” is just a way to watch cute dogs play and romp but Saradarian pointed out there’s another lesson which she hope viewers will pick up.

“For us, it’s fun, first of all, but it’s really great publicity for us, as well as all shelters, and it just brings to the forefront (the idea of) adopting an animal from a local shelter, understanding that there’s lots of animals that need homes and that adoption is a fabulous way to go,” she said.

Go online to rchsvt.org to see more photos of Stitch.

A vehicle that has teetered above Taranovich Falls in Proctor for nearly 2 years was finally pulled from the icy water basin below. On Christmas Eve, after sitting above the waterfall for many months, the car slid down the falls and into the water. This created a safety concern, and crews from Green Mountain Power and Boondocks Motors banded together to safety remove the wreckage.

PROCTOR — The car is out of the falls.

More than a year since it first mysteriously appeared in Sutherland Falls below the dam, the Chevrolet Prizm was pulled out of Otter Creek on Friday. Green Mountain Power spokeswoman Kristin Kelly said the storms around Christmas helped finally wash the car to where it could be safely removed.

Boondock Motors owner Travis Bovey said he’s not charging the town or the utility, though Kelly said that came as a surprise and that GMP was expecting a bill.

“We basically did it for what we’re going to get out of the car,” Bovey said. “We figured there’d be some halfway decent publicity for us getting it out. There was a lot of news coverage about how nobody could get to it, and it’s a good training for my guys.”

Bovey put the scrap value at “a couple hundred bucks at best.”

The car was spotted partially submerged on the falls in early November 2019. Police said they identified the owner, whom they said was a woman from Leicester. The driver, who was identified as her significant other, told them he left the car behind when it broke down but did not know how it wound up in the water.

Assessments by area fire departments found that the car could not be safely accessed and the town made an appeal early last year to the state to get the car removed. State officials said their policy would be to leave it in place until it could be accessed safely.

By Friday, it was at the bottom of a pool in the creek, just past the falls.

“It was upside down when we got it out,” Patrick Sherwin, Boondocks’ towing manager, said. “It was about 3,000 feet out.”

Sherwin said they brought two wreckers, using the winch from one to pull the car from the water after getting to it with a boat provided by GMP. Despite being one of the more unusual calls of his 11 years with the company, Sherwin said the removal went smoothly.

“There isn’t much left of it,” he said. “It looks like it’s been through a car crusher.” 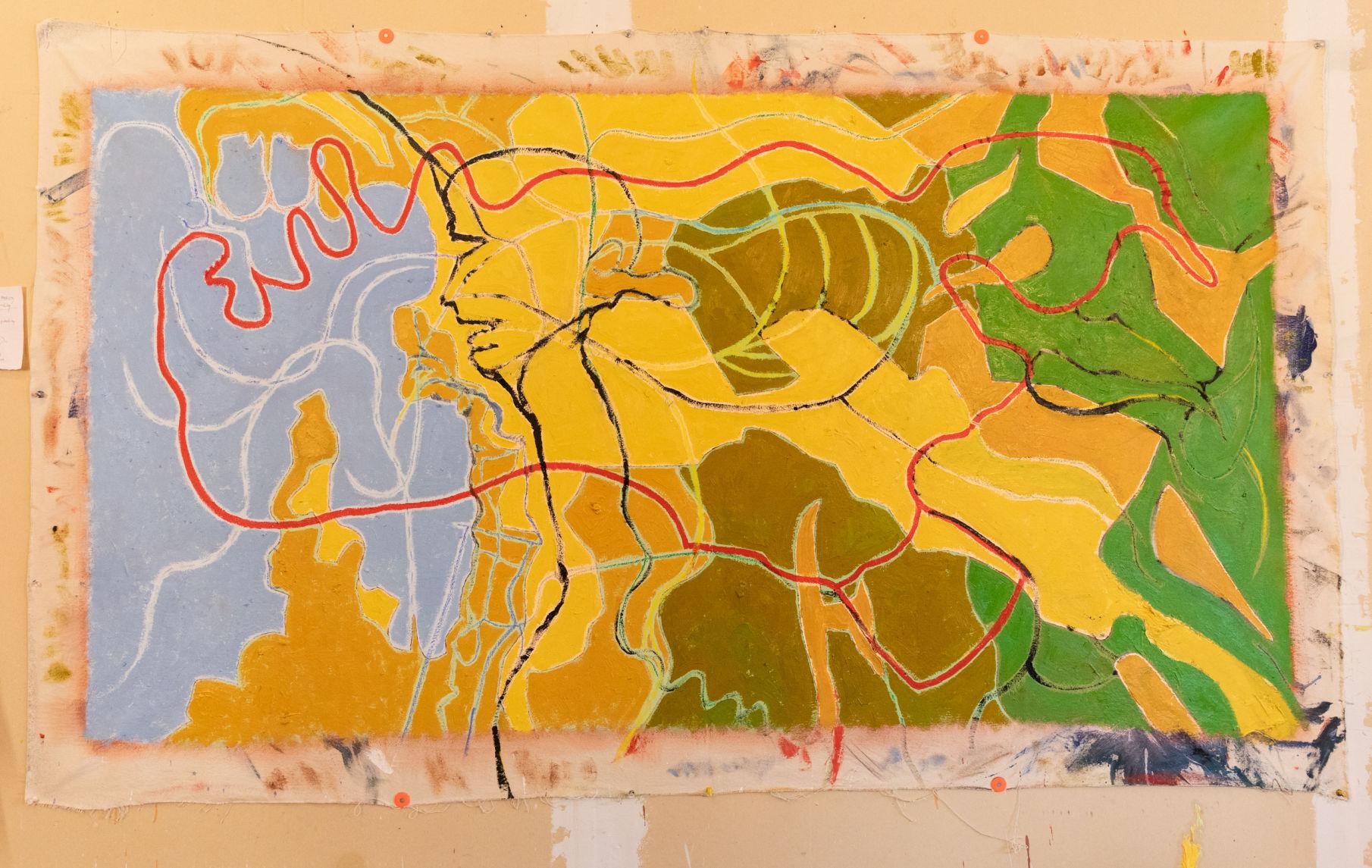