Bernie Sanders is doing well in national polls for the Democratic presidential nomination following the Wednesday, debate but challenges remain.

According to fivethirtyeight.com, Sanders is at the top of most, if not all, national polls for the Democratic presidential primary.

“He came out of last night’s debate with that status unscathed,” said Congressman Peter Welch in an interview on Thursday.

Welch, a Democrat, said the addition of former New York City Mayor Michael Bloomberg to the race, and to the debate scene, likely have helped Sanders.

“Part of it was the focus of the other candidates was on Bloomberg, not Bernie,” he said.

Welch said he expects Sanders to do well in the Nevada primary, but there’s more race left to run.

Sanders and Massachusetts Sen. Elizabeth Warren seem to be taking the progressive lanes in the race, with the other candidates following a more moderate track.

Sanders, who ran in 2016, has some advantages this time that he didn’t before, said Welch.

“The benefit of experience is enormous,” said Welch, adding that Sanders has had time to build a campaign infrastructure and reach out to minority voters.

Regardless of what each candidate’s positions are, Welch said weighing heavily in any Democrat voter’s mind is which candidate is most likely to defeat President Donald Trump.

Eric Davis, professor emeritus of political science at Middlebury College, said worries over who can beat the president may hinder Sanders in the end.

Davis said he doesn’t believe any single Democratic candidate can get enough delegate votes to take the nomination in the first round.

He believes Sanders will get about 40%, but during the second, and any subsequent rounds, so-called superdelegates will be allowed to vote, those being governors and high-ranking politicians and the like.

That group will be worried about Sanders’ appeal to non-coastal voters, plus the negative rhetoric the Trump campaign could, and would, unleash should Sanders be the nominee.

Daniel Barlow, executive director for Business for Medicare for All, a new nonpartisan group advocating for health care reform, said Thursday that while Hillary Clinton won the 2016 Democratic nomination, it seemed that the Democratic National Convention gave her campaign help.

He said it would be a mistake for the party to support a nominee that didn’t have the most votes.

Barlow said his group doesn’t endorse candidates, but said part of why Sanders is popular among voters is because of his views on health care reform. Barlow said the health care system keeps getting worse, to the point where people are being bankrupted by illness.

A dislike of the president may be fueling Sanders’ appeal, according to Vermont’s other senator, Patrick Leahy.

“Polls at this very early stage in the process are fleeting snapshots, but they can suggest trends, and the trend right now for Bernie is a good one,” Leahy said by email Thursday.

“I believe that Bernie is doing well in the polls in part because Americans realize that Donald Trump is not only the worst president in our history, but also the most dangerous.”

He said Sanders’ campaign has focused on issues people are concerned with, namely health care, income inequality, climate change and immigration, but his campaign is working well, too.

“He’s also better organized and better funded in the early states in the primary system than some of the other candidates have been,” Leahy wrote. 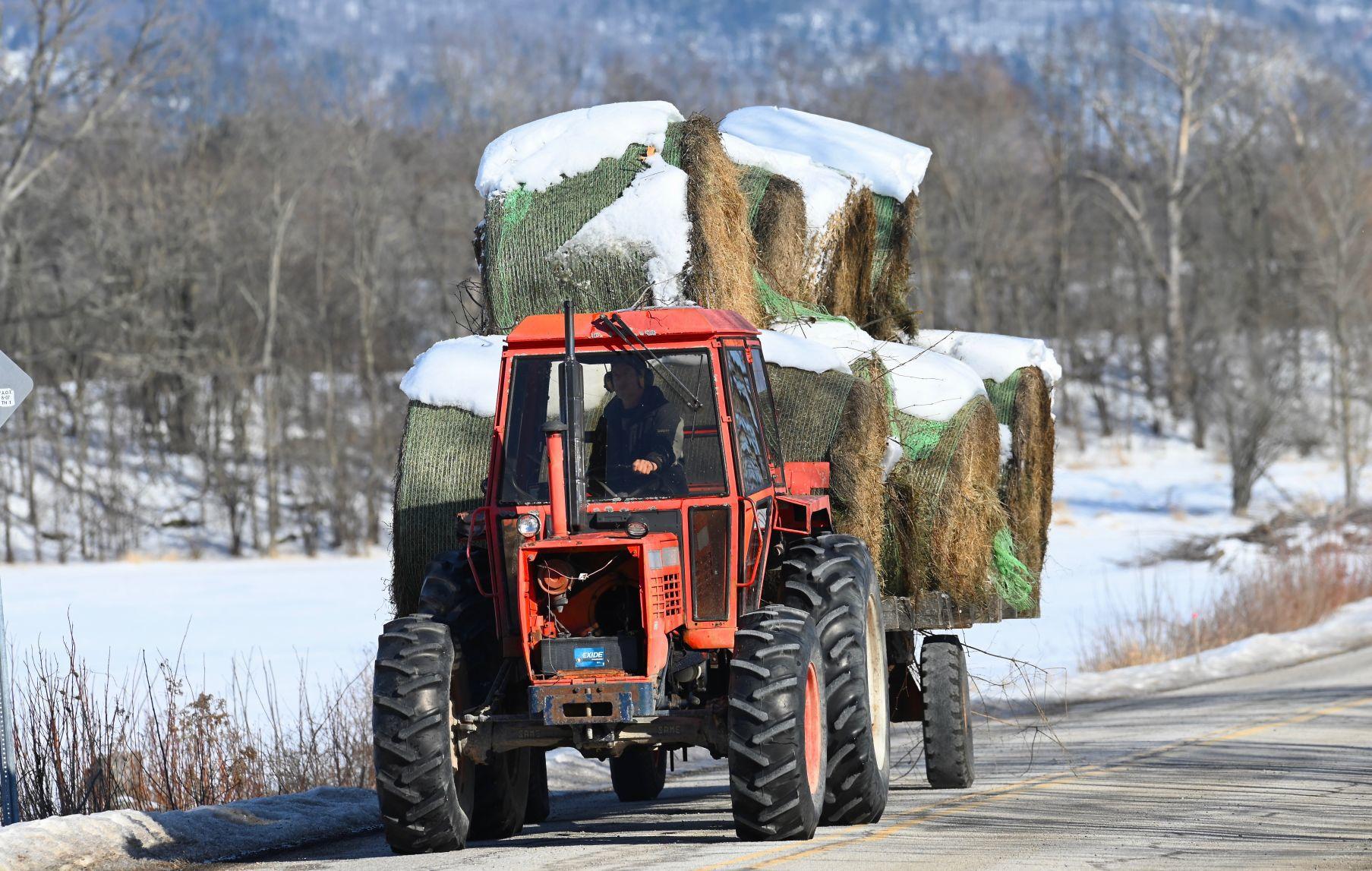 A farmer travels with a load of snow-covered hay on a sunny Wednesday afternoon along Creek Road in Salisbury.

A Poultney man was sentenced Thursday to serve a year in jail for a Nov. 19, 2016, burglary during which a gun was stolen that was later used to accidentally kill another man about a month later.

Andrew McCrea, 25, was sentenced in Rutland criminal court on Thursday on a felony count of burglary into an occupied home.

Judge David Fenster sentenced McCrea to serve five to 15 years in prison, but all of that time was suspended except for the one year that McCrea was ordered to begin serving as soon as Thursday’s sentencing hearing ended.

Fenster said he wanted to be clear that his sentence for McCrea did not involve the death of Daniel Hein, 19, of Poultney.

Attorney Mary Kay Lanthier, who represents McCrea, asked if McCrea could be given a later date to report to prison but Fenster declined.

Rutland County State’s Attorney Rose Kennedy had asked for a sentence of eight to 17 years.

Lanthier requested a sentence of six months on home confinement.

The charges against McCrea were based on a Vermont State Police investigation that began because of Hein’s death, according to an affidavit written by Detective Sgt. Tyson Kinney.

Hein, Bailey and Testa were in Bailey’s car with another friend, Dylan Czarnecki. Testa handed Bailey a .40 caliber Taurus PT-140 which he said was not loaded. Hein, who was in the backseat, “challenged” Bailey to point the gun at him and pull the trigger to prove there were no bullets in the gun.

But there was a bullet in the gun, which struck Hein in the forehead and killed him.

“After the shot, Bailey immediately dropped the firearm and yelled, ‘Oh, my God, what do I do?’” a police affidavit filed in the case said.

As police investigated the case, they determined that the gun had been stolen from the Fair Haven apartment of Ryan Lowell on Nov. 19, 2016, by McCrea, Testa and Hein.

Lowell told police he was attacked by a man who broke into his apartment. He said the man’s face was covered but while he struggled with the man, enough of his face was exposed that Lowell could identify him as McCrea.

He told police after the burglary the men took his gun and a safe that had ammunition for the gun, marijuana and about $4,300 in cash.

Lowell was not in court Thursday but provided a statement to Shea McGee, the victim advocate for Rutland County. The statement said Lowell had considered McCrea a friend but noted the last thing McCrea had said to him on Nov. 19, 2016, was that he would kill Lowell if Lowell reported the break-in to police.

“Since that night, I have never felt comfortable falling asleep and knowing my guard was down. This has caused me personal stress, as I have been barely able to sleep knowing he was still free to walk the streets,” Lowell wrote.

Lowell apologized in the letter for not being at the sentencing hearing in person but said it was a struggle even to write the letter.

“I can remember many things from that night but what I remember the most is the fact when you were strangling me with your arms around my neck, those could have been my last moment on this Earth after already receiving multiple blows to the arms, body and head from what I was told was a headless hammer. To me, it didn’t feel like the wooden part. And if you could have, John Testa and yourself would have finished the job by killing me,” Lowell wrote.

About 20 people were in the courtroom Thursday, family and friends of McCrea’s who were cited by Lanthier and Fenster as evidence that McCrea had strong social support.

Given a chance to address the court before sentencing, McCrea tearfully asked for leniency.

“I know how this day may be my last among my family for quite some time. The incident has forced me to grow up and mature. … I implore you to consider giving me a chance to prove to my friends, family, community and Mr. Lowell that I am not a lost cause, and I would ask a chance to prove that I am a fully functioning member of society,” he said.

Fenster said before he announced the sentence that it was a very difficult case because of the severity of the crime but the evidence showed that McCrea had changed his life since the night of the burglary.

WEST RUTLAND — Voters will be asked to consider a $728,370 bond to fund water line upgrades in West Rutland this Town Meeting Day.

Town Manager Mary Ann Goulette said the project, which is slated to begin this fall should the bond pass, will extend from the intersection of Sheldon Avenue to just north of Thrall Avenue.

It would install approximately 2,000 feet of 12-inch ductile iron water main line along Pleasant Street. The new line would replace a 4-inch water main line that Goulette said has a history of breaks. It would also eliminate hydraulic limitations and increase fire flows.

“We have applied to the state of Vermont Drinking Water Loan Fund, and we’re hoping for a 40-year, 50% subsidized loan,” Goulette said.

She said approval of the loan depends on the number of other projects around the state as well as average town household income versus the state average, but said the town’s chances “look good.”

Goulette said the project is not expected to affect water rates.

“We have tried to space out our big projects so it doesn’t hit people all at once,” Goulette said.

John Harvey, chairman of the West Rutland Select Board, said the town is “trying to keep infrastructure current so we don’t fall behind.”

Harvey likes the bond’s chances at the ballot.

“Generally, the town is supportive of improvements,” he said. 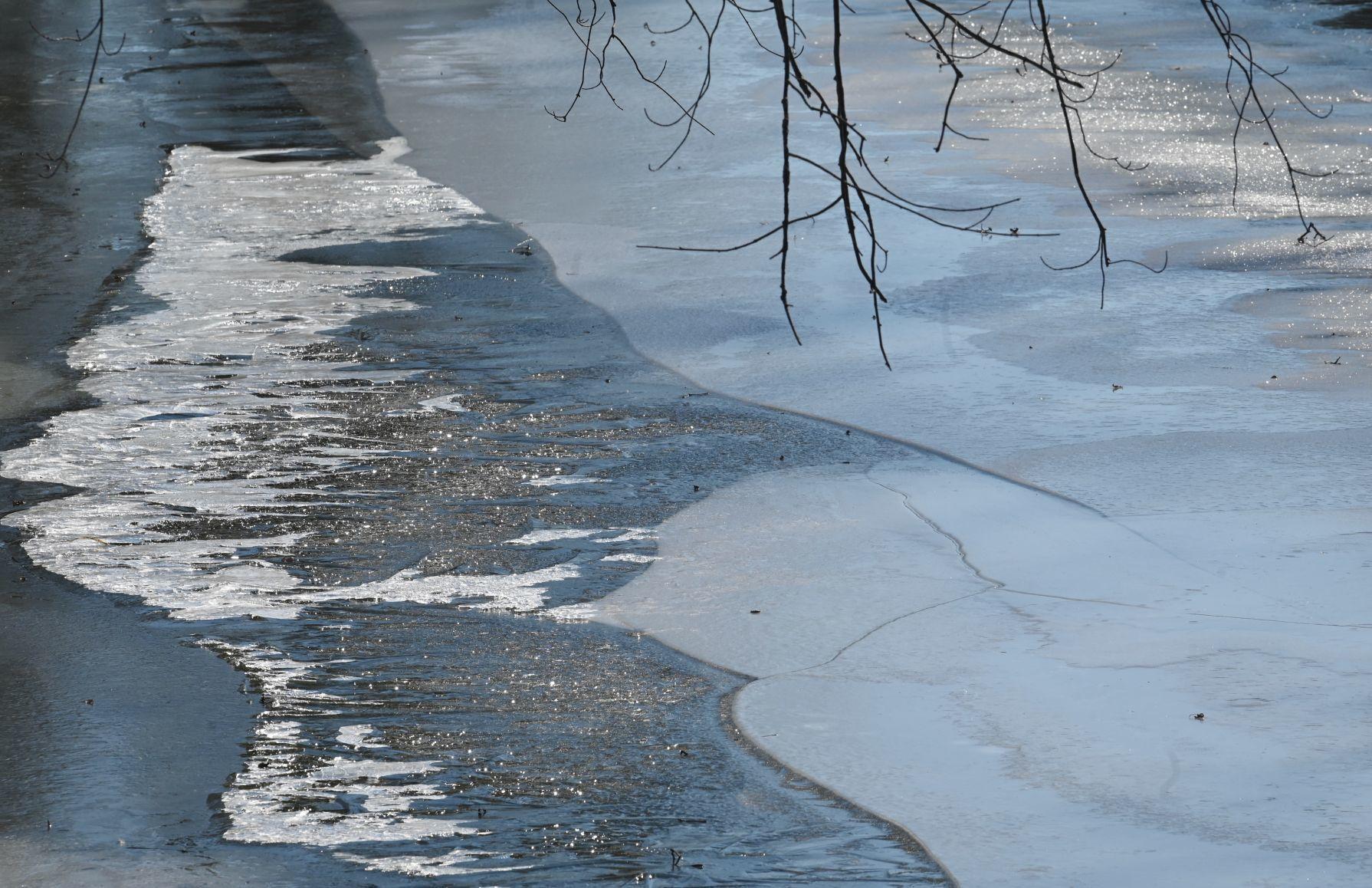 The freeze goes on

Ice forms in the still currents of Otter Creek in Leicester on Wednesday. Temperatures are expected to warm up slightly today.

“All three legs of the (nuclear weapons) triad need to be modernized, and it’s critical if we’re going to maintain a strategic deterrent.”

U.S. Secretary of Defense Mark Esper, in North Dakota on Wednesday during his first-ever visit to a nuclear missile field, to promote the Trump administration’s multibillion-dollar plan for a top-to-bottom modernization of the nuclear arsenal. — B8

U.S. medical schools are realizing LGBTQ people are underrepresented among ranks of health care professionals and have taken steps to create classroom curricula to make up for shortcomings. A2

Roger Stone, a longtime confidant of President Donald Trump, was sentenced to more than three years in prison Thursday for obstructing a congressional investigation. B4