MONTPELIER — President Joe Biden’s inauguration came and went with no issues reported at the State House in the Capital City on Wednesday.

For well over a week, state officials had warned residents against coming to Montpelier for planned protests during the election in November and to show support for now-former President Donald Trump.

The Federal Bureau of Investigation had informed law enforcement nationwide that armed events were planned at all 50 state capitals Sunday. But no one showed up to protest in Montpelier. There was a counter-protest at City Hall on Sunday that drew dozens of people.

Officials were concerned about a repeat of the Jan. 6 insurrection at the U.S. Capitol at other capitols across the country, so law enforcement presence at the State House was beefed up until after Biden’s inauguration.

Vermont State Police officers, walking in pairs or in threes and carrying rifles, patrolled around the State House Wednesday, as well as at the Pavilion building. Police cruisers from other municipalities, including Burlington and Shelburne, helped patrol the area.

Members of the media gathered at the front of the State House as Biden was being sworn in waiting to see whether anyone would show up. Only one person did, a man carrying a sign that said “Robbed by AT&T,” who said he wasn’t there to protest Biden but wanted to bring attention to an issue he had with the telephone company’s store in Hardwick.

Vermont State Police issued updates throughout the day, stating there were no incidents to report.

With any possible unpleasantness in the rear view mirror, Montpelier City Manager William Fraser stated in an email Wednesday, “We’re thankful that these few days have passed by peacefully. I appreciate the efforts of our local, regional and State Police agencies who put themselves out there to protect people and our important government symbols. It’s frustrating that so much energy, angst and public resources were necessary to protect against a potential threat which was based on blatantly false information disseminated by the highest levels of government.”

Trump has been blamed for riling up the mob that stormed the U.S. Capitol on Jan. 6 using lies that the election was stolen.

Montpelier Mayor Anne Watson said she was grateful everyone was able to stay safe through these past few days.

She said it was difficult to predict how these past few days would go, given what happened in Washington, D.C.

After a rough year, the Rutland Free Clinic is asking for some help from city voters.

The Board of Aldermen voted unanimously Tuesday to put a $10,000 request from the clinic on the March ballot. It is the first time the clinic has sought taxpayer help.

The motion was conditional on City Clerk Henry Heck confirming that no deadlines had been missed for getting a question on the ballot. The clinic is a volunteer-staffed nonprofit providing health care to uninsured or under-insured adults in Rutland County.

In the past, the board has required social service agencies that did not have appropriations approved by the voters at the prior town meeting to submit a petition signed by 5% of city voters in order to get on the ballot. In 2010, the board unanimously turned away the Vermont Center for Independent Living when it asked to bypass the petition process.

Alderwoman Sharon Davis said she was not sure the clinic had the opportunity to get the necessary signatures because of the COVID-19 pandemic.

“That’s the rock and hard place,” Davis said. “I don’t know how else to handle it other than put it on the ballot and let the voters decide.”

Davis did question the appropriation, stating that in light of the requests from social service agencies exceeding $300,000, she wanted to know how the clinic arrived at the $10,000 figure; whether they were doing any fundraising on their own; and whether they had made requests of other towns.

“To be honest, 2020 was a very transitional year for the clinic, even prior to COVID,” executive director Tia Poalino said.

Poalino said the clinic began 2020 dealing with the sudden loss of previous executive director Anthony Morgan, who died Dec. 24, 2019. She said the clinic does its own fundraising, but the fundraising suffered under the pandemic, and the transition as their patient numbers remained unaffected.

She said they are making smaller requests from Killington, Danby, Pawlet and Fair Haven, but that roughly half of their patients — 241 of 509 people who received direct care last year — are from the city.

“We do not appreciate being a burden, that’s for sure,” Poalino said. “We do appreciate any consideration the city may give us.” 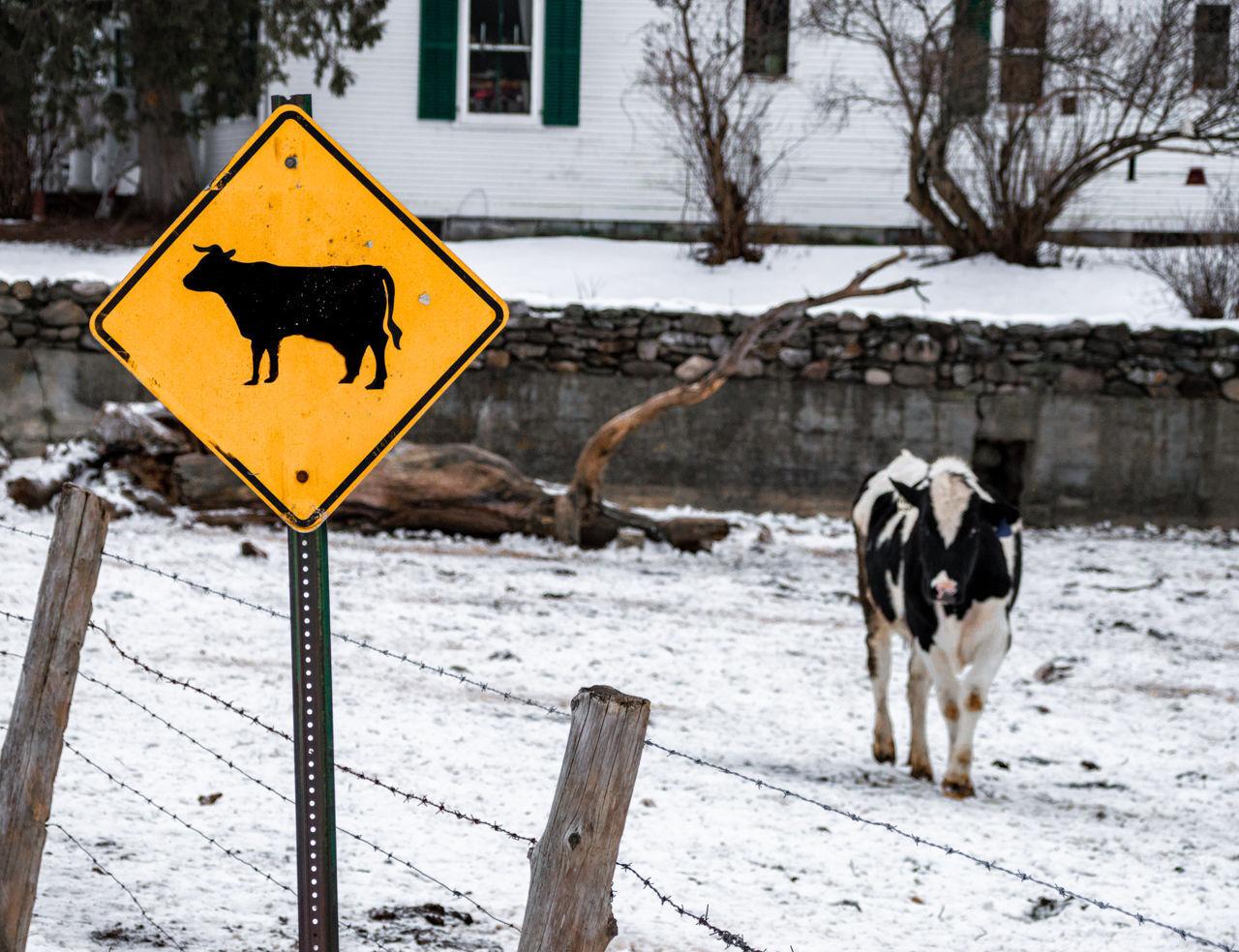 A Holstein dairy cow stands behind a bright-yellow road sign in Wallingford.

Democrats for the first time in a decade control the Senate, the House and the White House, as President Biden faces COVID-19 crisis and economic fallout. A8

22-year-old poet Amanda Gorman summoned images dire and triumphant Wednesday as she called out to the world “even as we grieved, we grew.” A8

The MSJ boys and girls basketball teams hope to be contenders in their respective divisions this winter. B1