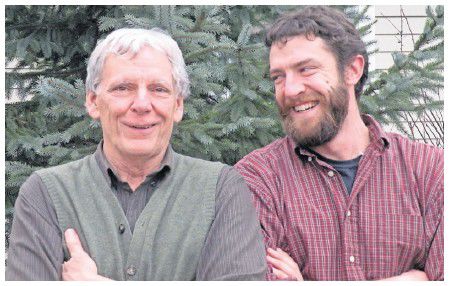 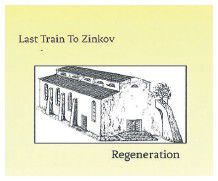 I n their first CD as a duo, the father and son team of David and Nathan Gusakov has managed to meld several strands of traditional music into a coherent whole that could be the start of a trend in the way fiddle and clawhammer banjo interact.

David Gusakov is a well-known Bristol-based violinist and fiddler whose presence goes back decades to the time of the bluegrass band Pine Island that operated out of Burlington, and later a stint with Banjo Dan and the Mid-Nite Plowboys. But first and foremost, Gusakov is a violinist with classical technique and a longtime member of the Vermont Symphony Orchestra.

Nathan Gusakov is no youngster, but with just one previous album under his belt, he isn’t that well known. He plays clawhammer banjo, the style most associated with old time music, the strain of American music that originated in the Appalachian Mountains that has spread into parts of the Midwest and New England. Clawhammer banjo uses an instrument with an open back (unlike the resonator style of bluegrass banjos) and the player down-strokes the strings rather than fingerpicking them. This style is much less percussive than the traditional bluegrass banjo style.

The Gusakov duo has taken the name “The Last Train To Zinkov” which refers to the town in Ukraine where the family originated, and from where, in the 1920s, a grandfather escaped persecution as a Jew by coming to America. And this is the ethno-musical connection that makes “Regeneration,” the duo’s first album, so interesting. They will introduce the album at a CD release concert Friday at Middlebury’s Town Hall Theater.

At first listening, the album sounds old time, with traditional tunes like “Barlow Knife,” “Colored Aristocracy” and “The Cuckoo.” These are tunes that have been played in Appalachia for a very long time. While holding to the old time style with Nathan’s bubbly banjo setting the pace, David’s fiddle sets an altogether different tone. The fiddle here is much more uptown than cabin-centric. The two instruments rarely interact in tandem, both playing the melody together, which is the usual old time style. Here, David weaves around Nathan’s melody.

On the other nine of the 12 tracks on the playlist we hear the same clawhammer banjo style but the fiddle continues to veer off into classical, Gypsy jazz and Eastern European motifs. As a result, this is an album that has a lot of influences beyond what one would expect from the instrumentation. Nathan sings on several tracks, mostly in a deep and dark voice. But this is primarily an instrumental album. The music here is reflective of the generational differences in this father and son. Tonally this is an album with a lot of sadness underlying the arrangements, with several minor key numbers and subject matter. There are also a goodly number of tunes involving horses, and we’re not sure why this is.

The two have been playing together for only three years, but, as Nathan wrote in an email, “Of course I was exposed to all sorts of his music as a kid – I remember listening to him practice in the kitchen for VSO concerts, absorbing just what sort of patience and diligence it takes to learn new things on an instrument — but my road to becoming a musician has been largely independent of my dad, at least overtly.”

According to Nathan: “When we started playing together in earnest a few years ago, it was sort of like meeting him for the first time. Immediately we both felt like we’d found a close collaborator and kindred creative spirit, it was so powerful!”

Because there is both love and trust between them, writes Nathan, “We’re able to introduce music to one another that is particularly vulnerable, and we encourage each other to develop it— songs about our own mortality, or death in the world around us, tender prayer-like songs of joy and hope and peace ...” For those who developed the style of fiddle and banjo that became Appalachian music — which we now call old time — the road was paved with music with its origins in Scotland and Ireland, with some English influence. The road that leads to “Regeneration” is paved with sounds from the shtetls of Eastern Europe and the turmoil of emigration pressures throughout those lands.

What the Gusakovs bring to “Regeneration” is an ability to translate the sadness of the immigrant experience, even two generations beyond leaving the village of Zinkov, to an American aesthetic through old time music.