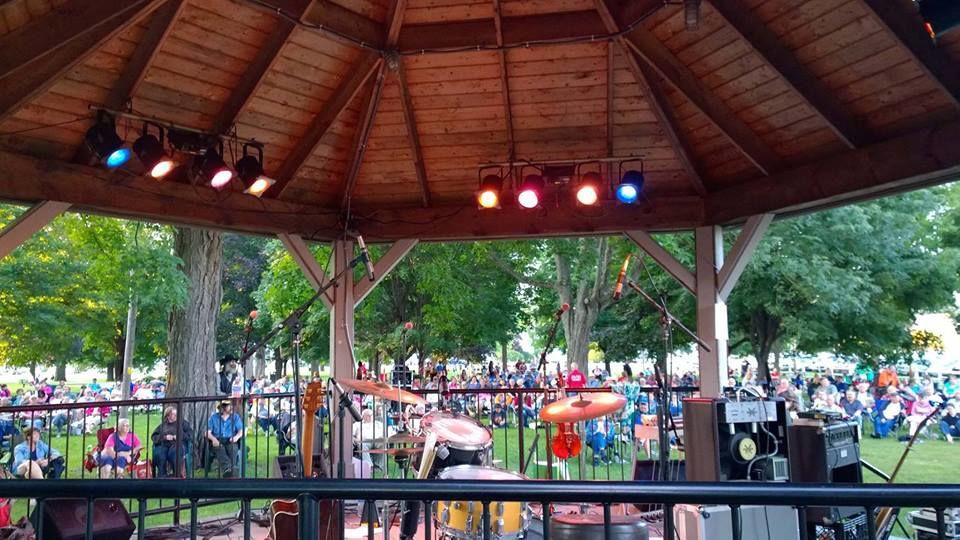 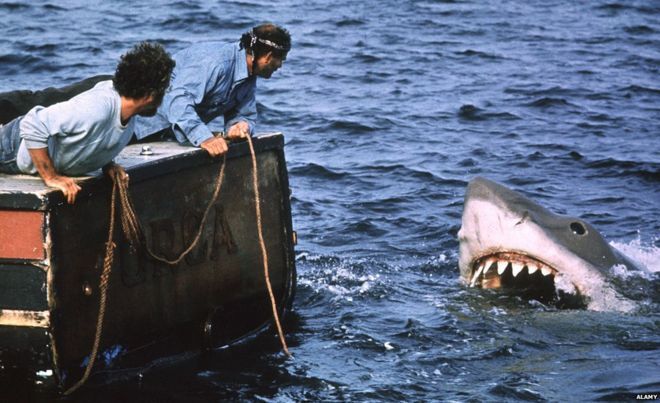 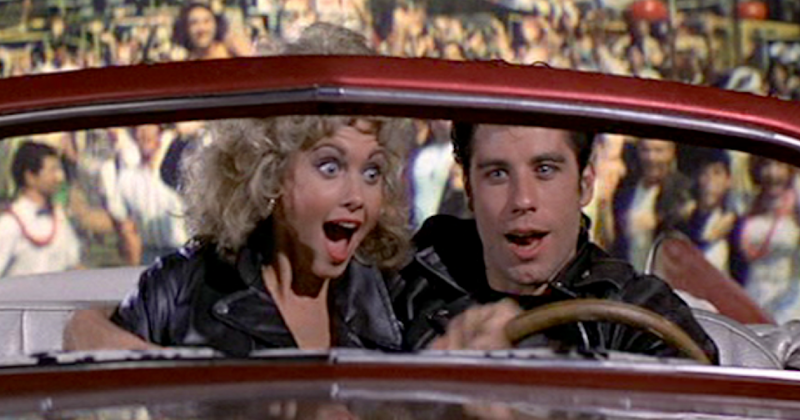 Steamy late-summer days call for both indoor and outdoor entertainment options. Below, some great ones for both — all free!

The wonderful Paramount Theatre offers free movie screenings at different times throughout the year, and the anticipated summer series begins today (Aug. 1) and continues Thursdays at 7 p.m. No ticket is necessary, concessions are available, and doors open at 6:30.

It kicks off with Steven Spielberg’s classic “Jaws” tonight, the story of a small beach town terrorized by a (mechanical) shark. Fun bit of movie trivia: it was shot on Martha’s Vineyard, with a troubled production that went over budget and past schedule. The mechanical shark was reportedly a temperamental actor, often malfunctioning, and forcing Spielberg to mostly suggest its presence by use of the ominous theme by composer John Williams.

On Aug. 8, the series continues with another classic released a few years after “Jaws” — the wayward love story of Sandy and Danny during the irreplaceable high school days in “Grease.” But this version makes official what you were going to do anyway — sing along. All the lyrics will come up on screen, from “Hopelessly Devoted” to “You’re the One That I Want.”

The Aug. 15 film celebrates the 50th anniversary of Woodstock, with the movie “Taking Woodstock.” It tells the story of a man working at his parents’ motel in the Catskills, who inadvertently sets in motion the generation-defining concert in the summer of 1969.

The finale Aug. 22 is Disney-Pixar’s animated hit, “Monsters, Inc.” Featuring the voices of John Goodman, Billy Crystal and Jennifer Tilly, the film was Pete Docter’s directorial debut. It centers on two monsters — Sulley and his one-eyed best friend Mike Wazowski. They work at a factory that generates power by scaring children. Enter a small child, who inadvertently throws a wrench into a well-oiled machine.

For information, go online to www.paramountvt.org.

There are just a handful of concerts in the park left, and the lineup of the ones nearby is below, all free or by donation:

Every Wednesday night the grounds behind the Brandon Inn are transformed into a live concert venue. Rain location is in the Brandon Inn ballroom. All shows begin at 7 p.m. except on the nights the Brandon Town Band performs, at 6 p.m.

At 6 p.m. Aug. 7, the Brandon Town Band will play classic concert music, followed by widely traveled jazz singer Jenni Johnson at 7 p.m. with a collection of American jazz classics, blues, swing and funk. At 7 p.m. Aug. 14, it’s Enerjazz, Vermont’s high-energy big band, followed by Two Cents in the Till at 7 p.m. Aug. 21. They’ll play shades of bluegrass and old-time. The final show, at 7 p.m. Aug. 28, is Bloodroot Gap, with its free-range bluegrass.

Rutland’s final Seven to Sunset Summer Concert Series in Main Street Park closes the season with the John Lackard Blues Band Aug. 7. But the Sunday Night City Band, our very own Rutland city band, plays every Sunday through Aug. 18 from 7 to 8:30 p.m.