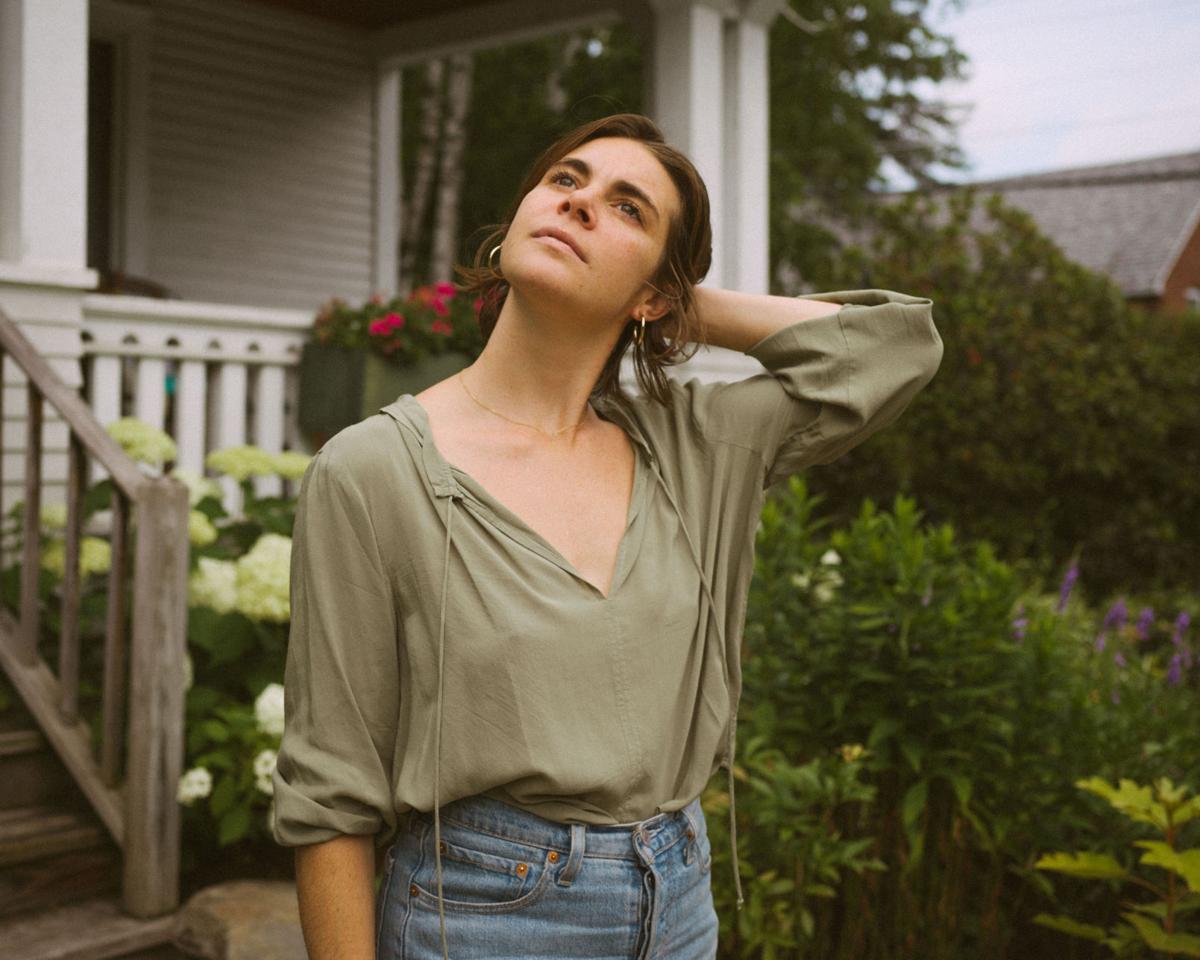 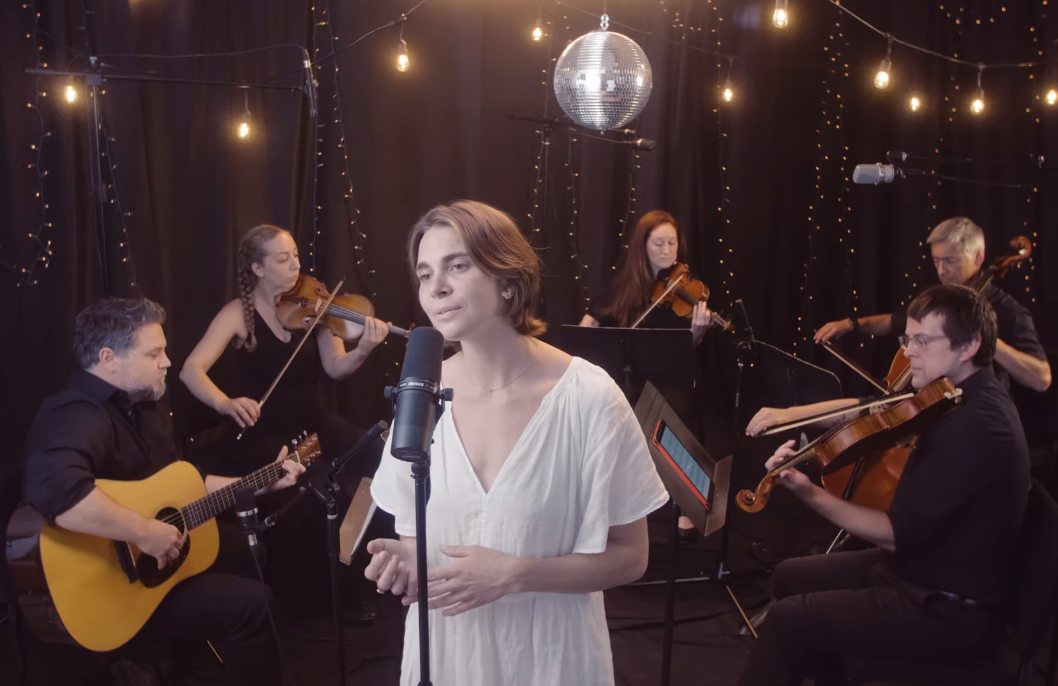 Following a nearly year-long stay in France, where she was born and raised and still has family living, Burlington-based singer-songwriter Francesca Blanchard didn’t really envision performing much this summer upon returning to Vermont in mid-April.

Instead, Blanchard is the featured soloist at the Vermont Symphony Orchestra’s upcoming “Summer Under the Stars” concerts, conducted by Matt LaRocca — Saturday, July 24 at Shelburne Museum and Sunday, July 25 at the Meadow at the Vermont State Fairgrounds in Rutland — where she’ll be backed by a 25-piece chamber orchestra on arrangements of several of her original songs.

“I can’t think of another word than honored,” said Blanchard, 29, who moved from southern France to Charlotte at age 10, of the shows in a Monday phone interview. “I’ve gone to Vermont Symphony Orchestra shows as a kid, and my peers, my best friends in high school were part of the Vermont Youth Orchestra.”

“It’s a big hug from my home state after a year of unknowing and still not really knowing what’s to come,” she said. “These shows feel like coming home, and I’m just very moved. To have your own compositions rearranged and performed by a 25-piece chamber orchestra of musicians from your home state is something else.”

The program includes arrangements of four of Blanchard’s songs, three of which are from her stellar sophomore album, “Make It Better.”

“Baby” and “Did It to Myself” were arranged by Kyle Saulnier, 41, a noted Monkton-based composer and bandleader of the Awakening Orchestra. The “Make It Better” title track was arranged by LaRocca, 41, of Waterbury, who also arranged the song “Rame” off Blanchard’s solid 2015 debut album, “deux visions.” (Blanchard will also be singing on the classic Edith Piaf tune “La Vie en Rose.”)

Released a little over a year ago to local acclaim but little fanfare due to the COVID pandemic, “Make It Better” is a stunning, introspective and singular set that quietly stands as one of 2020’s best and most cathartic indie-pop albums.

“I couldn’t celebrate it,” said Blanchard of the album, “so this feels like an official celebration of the music that I put out last year.”

Not long after the release of “Make It Better,” noteworthy Burlington composer and producer Christopher Hawthorn — who co-produced the album with Blanchard and plays in her band — started a project called the Vermont Quarantine Collective. Created to bring Vermont musicians together virtually through “curated, crowd-sourced new music collaborations” during the pandemic, the collective also includes local music luminaries Saulnier and LaRocca.

Hawthorn reached out to Blanchard about rearranging one of the songs on “Make It Better.” The result is an impressive and gorgeous rendering of the captivating title track (youtu.be/KCFC4lSLhT8), recorded and filmed entirely remotely using members of the community along with Blanchard’s friends, family and fans.

“It was so moving, personally,” Blanchard said of the video. “It was, for me, really symbolic to release that song with community.”

LaRocca, the creative projects chair of the VSO, “had the idea of rearranging more of my repertoire and bringing it to life in a live setting,” said Blanchard. The endeavor resulted in a UVM Lane Series concert in late April with Francesca Blanchard & Vermont Quarantine Collective, with Blanchard being backed by a seven-piece group that included a string section of VSO members performing a full concert of her arrangements.

Blanchard described the event — her “first show with humans on a stage” since the beginning of the pandemic — as “absolutely phenomenal,” adding: “I still can’t believe that happened.”

‘One of those dream people to work with’

Expanding Blanchard’s songs even further for a sizable chamber ensemble “was sort of the next natural progression out of that,” LaRocca said by phone Tuesday. As creative projects chair of the VSO for the past four-plus years, LaRocca has been instrumental in its efforts to connect classical and pop — and Green Mountain State-based artists like Guster frontman Ryan Miller and singer-songwriter Kat Wright — with the VSO.

“It’s a complete reimagining of what the songs are,” he said of the projects. “And then we get to do this fantastic collaboration with these musicians that are a little outside our box but are slowly starting to come into our fold of who the VSO is as well.”

“She’s one of those dream people to work with,” LaRocca said of Blanchard. “She’s got a voice to die for, is so dedicated to the art and the music that she produces, that everything she does is at such a high level.”

“One of the good things about bringing Francesca,” he said, “is there’s something about having that local connection — especially right now when we’re all coming back together — that feels really good.”

Blanchard’s rich material is also part and parcel of her appeal. “The music that she writes … it’s pop but it’s clever,” LaRocca said. “It’s interesting. It’s everything that we can get in music — she throws it all in there.”

“That’s one of the reasons that it’s been so much fun working with her,” LaRocca added, “because we really can channel her sound into what this music is.”

While things are rapidly opening, especially in Vermont — which Blanchard said is “beautiful and exciting” — she’s “not ready to dive back in as adamantly as I would pre-COVID,” she said.

Following the release of “Make It Better” last summer, Blanchard headed to Paris in September. “I quite literally hibernated — France was in total lockdown,” she said. “I didn’t have a social life. I knew family but they’re all kind of scattered. So I was very alone.”

“I think that halt made me face a lot of things that I didn’t make time to face,” she said. “So this (past) year, in retrospect, was very important. It was an important year of self-reflection and processing all sorts of things.”

In addition to writing music and reconnecting with family, Blanchard said her most important accomplishment was getting to see her grandmother at her retirement home outside of Paris and play music for her.

“That’s what this year was about for me,” she said. “I definitely tried to fight the pressure of needing to accomplish and be as productive as I possibly can with a year of time. I think that’s a trap.”

“I’m putting together the pieces of what I discovered, the music I wrote, and what I learned about myself,” Blanchard said about her time in Paris. “But I’m not jumping back in full throttle.

“I’m still embracing process,” she said. “I’ve learned a lot about what process means and how important it is to honor that.”

Francesca Blanchard’s 2020 album, “Make it Better,” is available in digital format at francescablanchard.bandcamp.com. A limited-edition vinyl version of the album, which includes the three-song “Redux” EP as bonus tracks, is now available for preorder.

The Vermont Symphony Orchestra, conducted by Matt LaRocca features Francesca Blanchard in two concerts, as part of the “Summer Under the Stars” series:

— Sunday, July 25: Rutland — Vermont State Fairgrounds at the Meadow (in partnership with the Paramount Theatre), 6 p.m. Tickets are $28 advance, $35 day of show (free for age 12 and younger).

For tickets or information, go online to vso.org