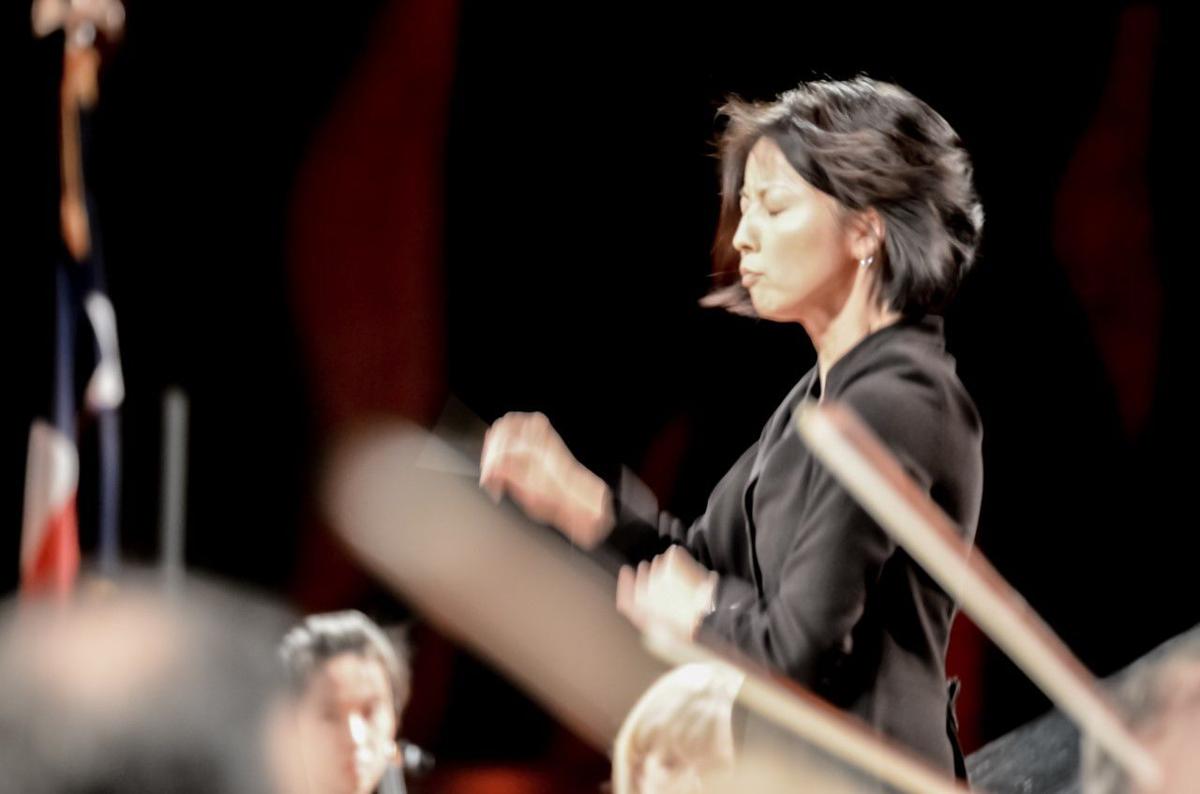 Akiko Fujimoto will conduct the Vermont Symphony Orchestra on Oct. 30 in its first full concert since the beginning of the COVID-19 pandemic. She is pictured above in concert with the Corpus Christi Symphony Orchestra. 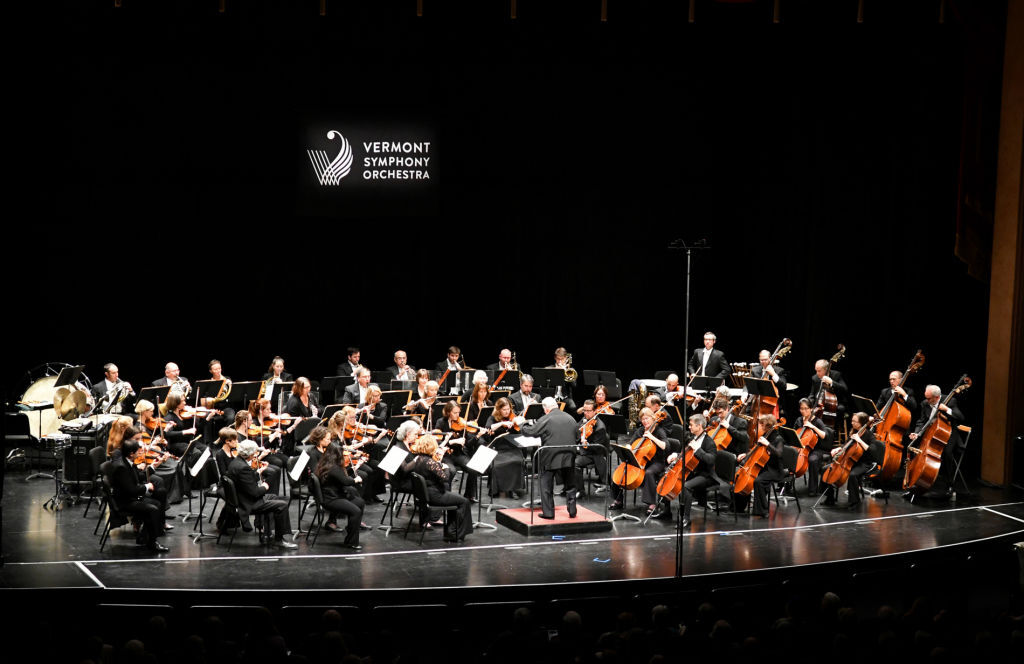 After 20 years on the podium, renowned conductor Jaime Laredo stepped down as VSO music director at the end of the 2020-21 season. 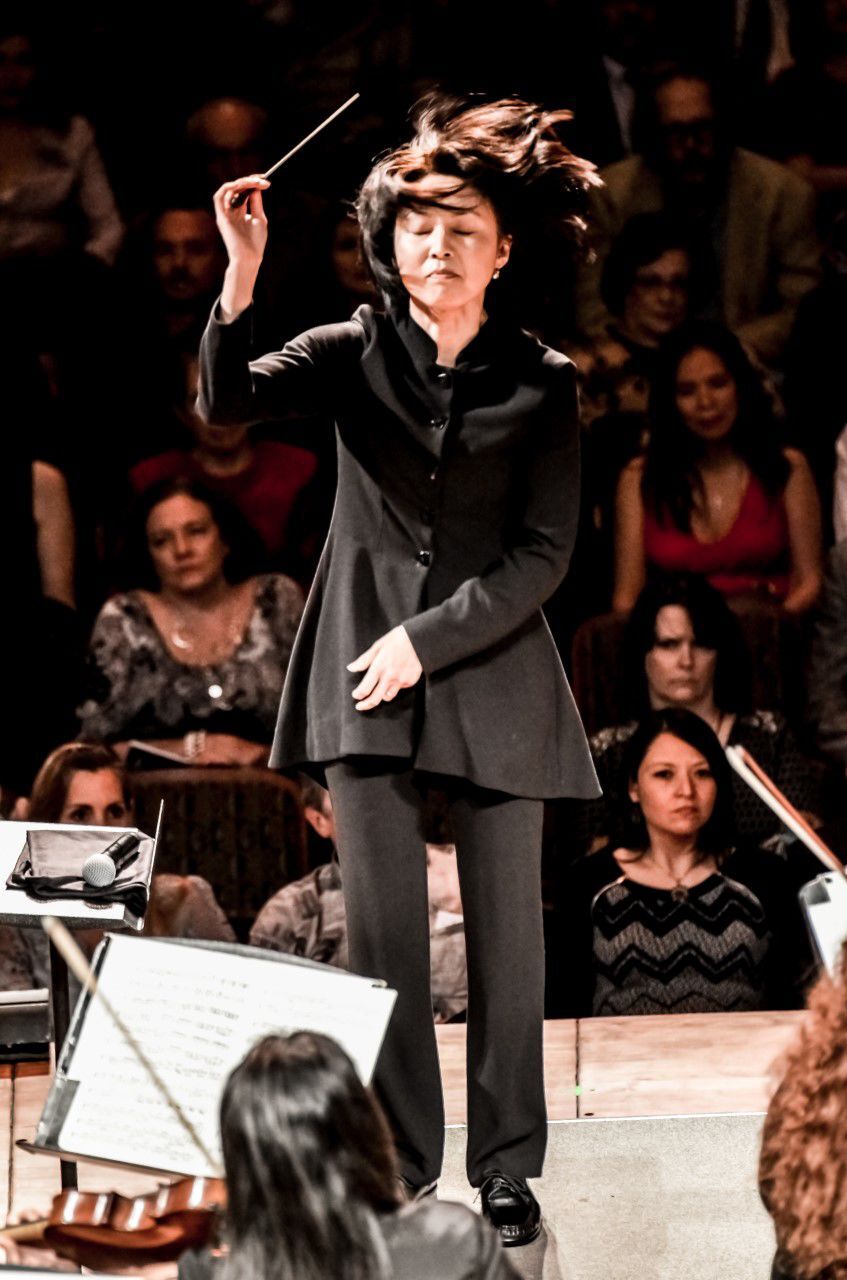 Akiko Fujimoto will conduct the Vermont Symphony Orchestra on Oct. 30 in its first full concert since the beginning of the COVID-19 pandemic. She is pictured above in concert with the Corpus Christi Symphony Orchestra.

After 20 years on the podium, renowned conductor Jaime Laredo stepped down as VSO music director at the end of the 2020-21 season.

Akiko Fujimoto sees herself as the representative for the music she is conducting.

“I’m the conduit from the composer to the orchestra, people who actually make the sound,” she said. “I can speak for it when I’m with the orchestra and make big-picture decisions to make sure the composer’s intentions are expressed — in my opinion.

“By the end of your studies, you are so convinced that you feel that is the truth.”

Fujimoto, the first of seven candidates for the position of music director, will conduct the Vermont Symphony Orchestra, beginning its 2021-22 season, at 7:30 p.m. Saturday, Oct. 30, at Burlington’s Flynn Center for the Performing Arts. Her program features Beethoven’s Symphony No. 1 and the world premiere of Suad Bushnaq’s “Sampson’s Walk on Air” with VSO principal cellist John Dunlop, plus music of Ravel and Jessie Montgomery.

With the end of the 2020-21 season, the renowned Jaime Laredo ended his 20-year tenure as music director of Vermont’s 85-year-old professional symphony orchestra. Before the COVID-19 pandemic, the VSO board of directors convened a selection committee for his replacement that includes board members, VSO musicians and the VSO’s artistic and community partners. The candidates were all chosen before the pandemic, and all remained interested when re-approached this year.

“They’re all coming to conduct,” explained Elise Brunelle, who became the VSO’s executive director a year ago, after the seven had been selected.

“Obviously, the meat of their visit is rehearsing with the orchestra musicians and conducting a concert,” she said. “Around that we’re having various meetings where they are meeting with Vermont Youth Orchestra, so I can better understand what their thoughts might be about our education partnerships.”

Some will be sitting in with the UVM Orchestra to talk with them, and all will meet with other community organizations.

“During this residency period, we have the musicians vet them in their own private meetings with the candidates with no board or administration involved,” Brunelle said. “They complete a survey about the pros and cons of each candidate. We do the same with the search committee and we put this all together, and the committee is tasked with ranking all of these candidates, and choosing the finalist — at the beginning of 2023.”

Each candidate is choosing their own program to conduct with the VSO, but Fujimoto was limited by the possibility that social distancing would still be necessary because of COVID-19. So she chose Beethoven’s Symphony No. 1 in C Major, Op. 21, which can be performed by a chamber orchestra.

She was also tasked with conducting the world premiere of Suad Bushnaq’s “Sampson’s Walk on Air,” a cello concerto commissioned by the VSO, and selecting a work by a BIPOC (Black, Indigenous and people of color) composer.

The first parameter for the size of the orchestra is the number of strings.

“It turns out that Vermont is the most vaccinated state, so we’ll have the full string section,” Fujimoto said from Texas, where she is currently music director of the Mid-Texas Symphony.

Fujimoto started looking at BIPOC pieces that could successfully be performed by chamber orchestra.

“String orchestra is the most flexible thing for a socially distanced concert,” she said. “I picked ‘Strum’ by Jesse Montgomery. I’ve been wanting to do her music for some time, even before the pandemic, but her popularity exploded during the pandemic.”

“I thought that the Ravel would be lovely,” she said. “It’s a great way to start a concert. It’s just a gorgeous piece of music.”

“I conduct my concept,” Fujimoto said of her approach. “When we rehearse, we come to an agreement about how to perform this particular piece of music.

Her interpretation can change through the rehearsal process.

“The best part of conducting is hearing the response from the orchestra to what you’re putting out,” Fujimoto said. “With each orchestra the response is different. If you’re in an orchestra and together for a while, you have a certain artistic personality and musical style that you don’t even know about until a guest conductor comes from out of town.

“I bring the big picture to the table, but they have to fill in the rest,” Fujimoto said. “The final product is the blend of what I brought, based on my study and experience, and what they bring in person.

“I don’t think I will change the big concept I bring to the table initially, but the performance will be impacted by their interpretation of my interpretation,” Fujimoto said. “It’s a really fun process.”

“I’m thrilled with the overall quality of the candidates, but by the time that you get to the seventh, the memory of first or the second or the third, you worry about how much time will affect the opinion of who will be most suitable to lead our orchestra,” Brunelle said. “We will only know when that happens.”

For Brunelle, the qualifications to be the VSO’s next music director are specific:

The Vermont Symphony Orchestra, conducted by Music Director Candidate Akiko Fujimoto, will begin its 2021-22 season at 7:30 p.m. Saturday, Oct. 30, at the Flynn Center for the Performing Arts in Burlington. The program features Beethoven’s Symphony No. 1 and the world premiere of Suad Bushnaq’s “Sampson’s Walk on Air” with VSO principal cellist John Dunlop, plus music of Ravel and Jessie Montgomery. Tickets are $8.35-$54.23, online only at www.vso.org Proof of vaccination or negative COVID-19 test, and masks are required for admission.