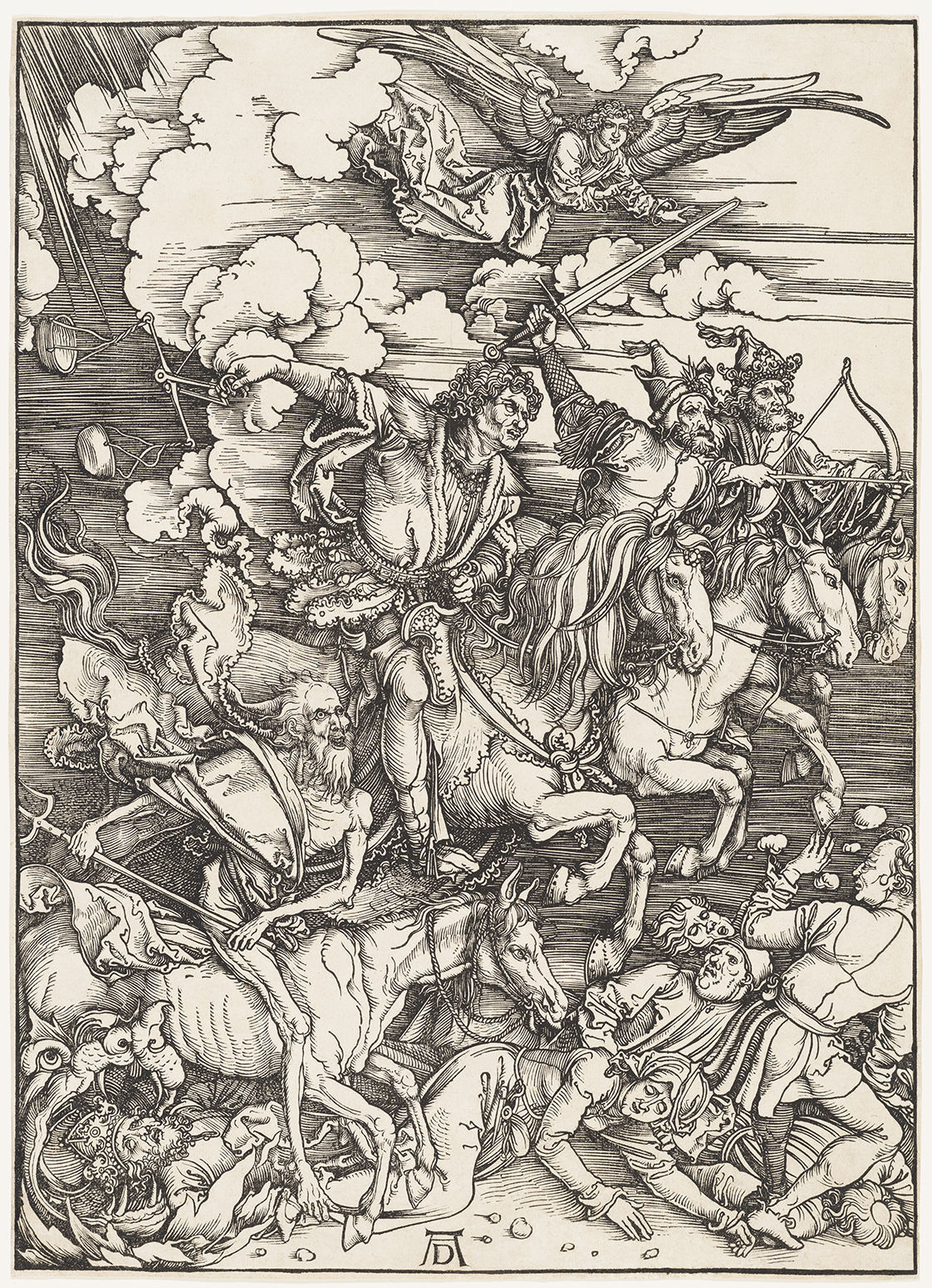 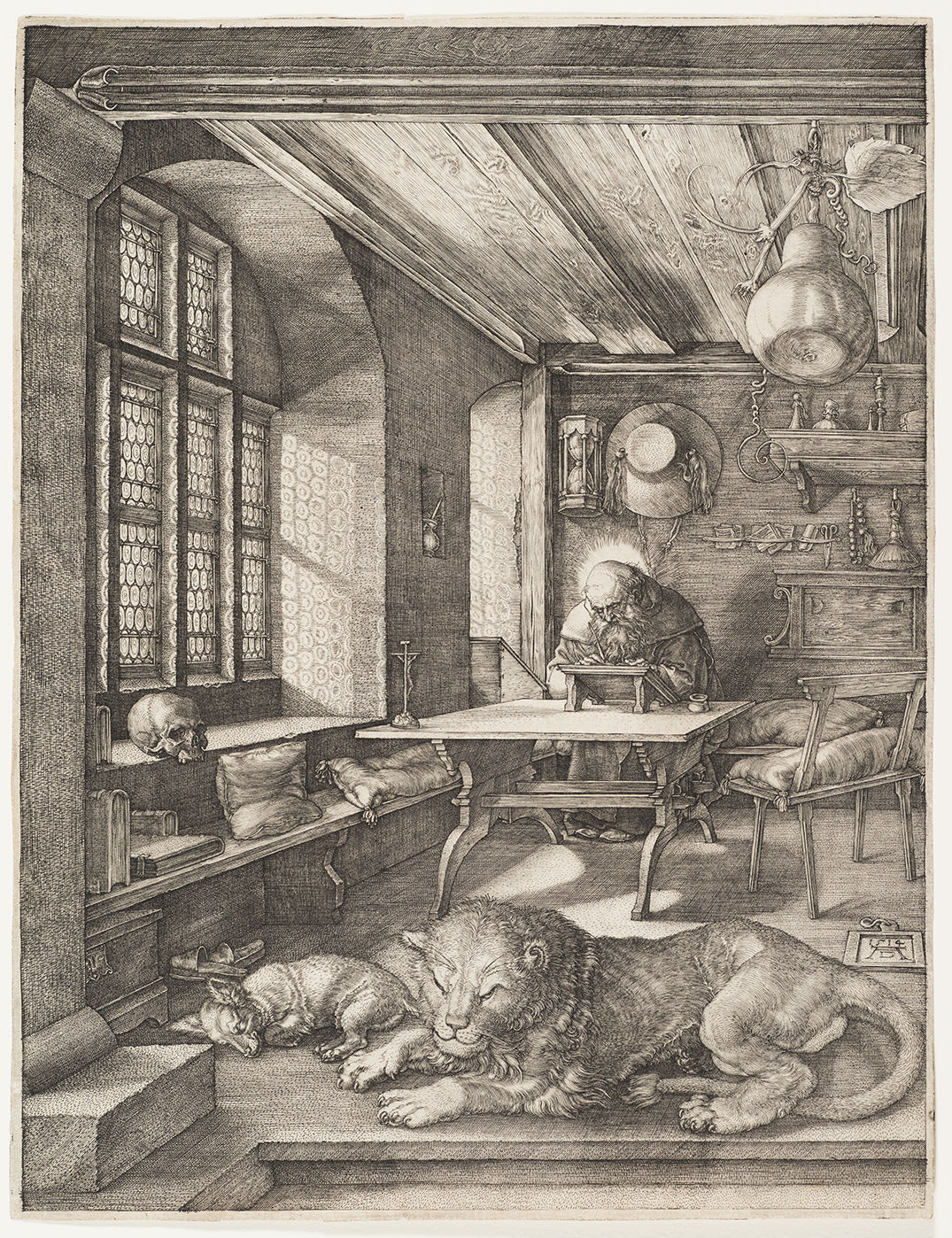 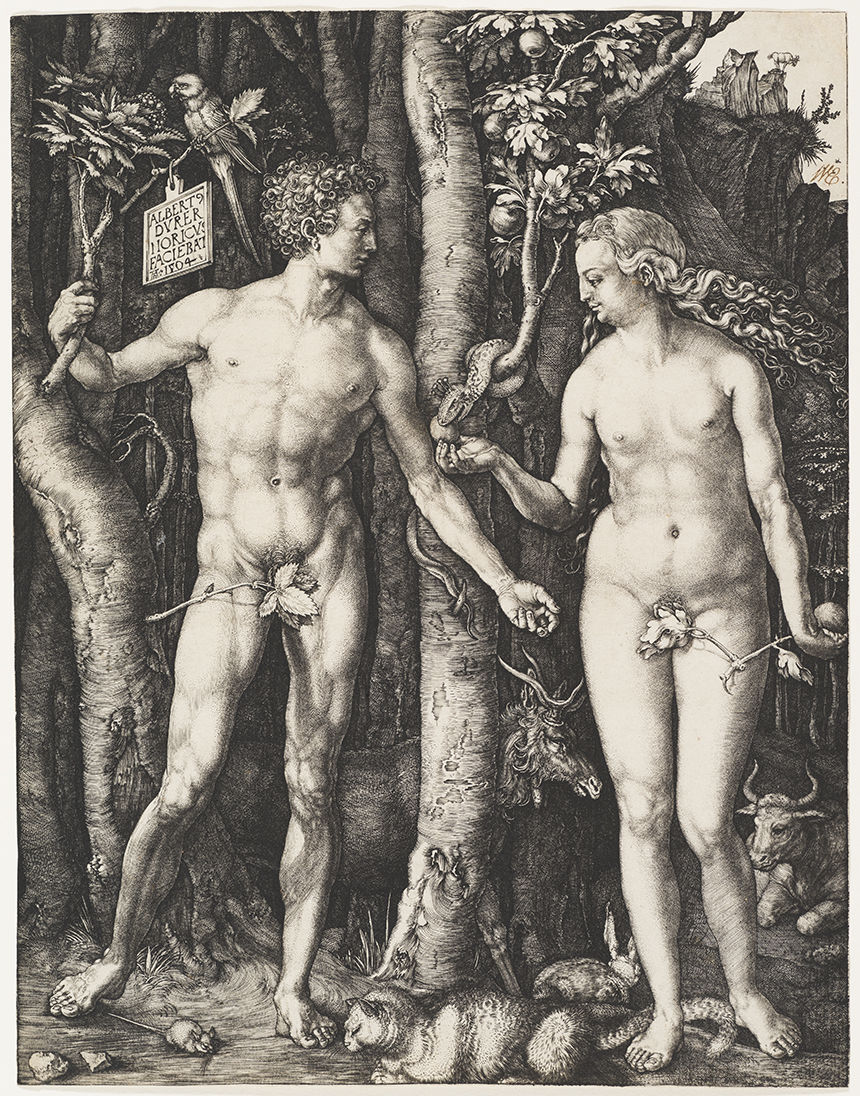 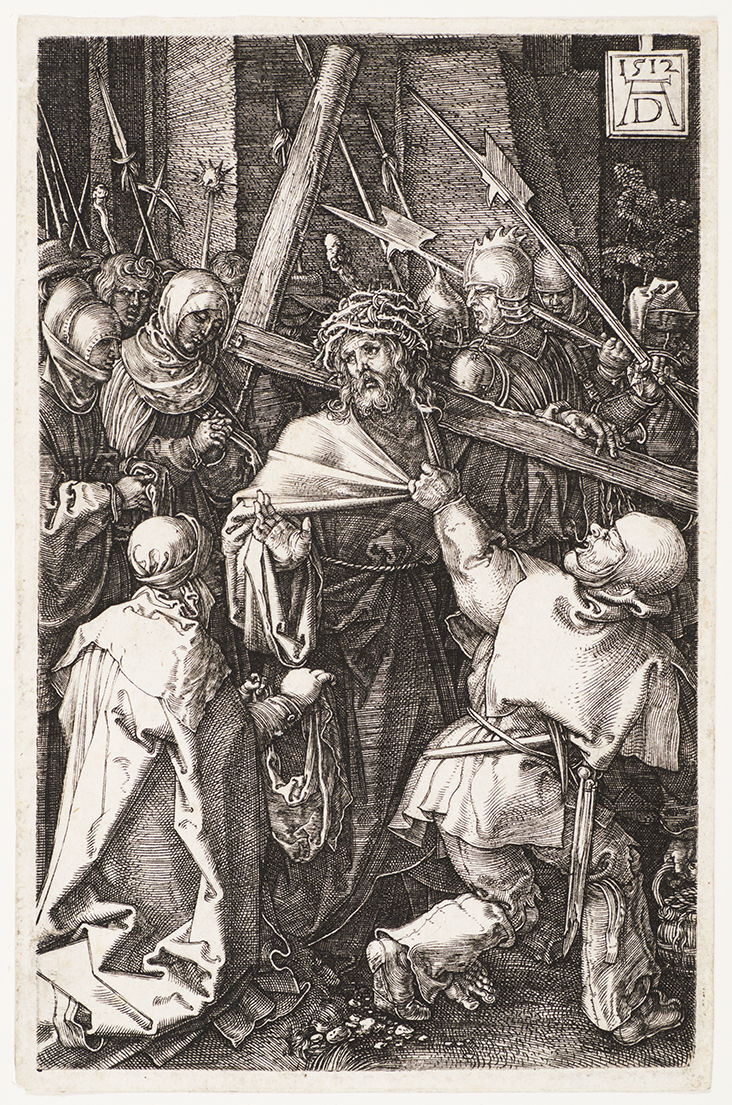 Albrecht Dürer: “Christ Carrying the Cross from the Engraved Passion” (1512) 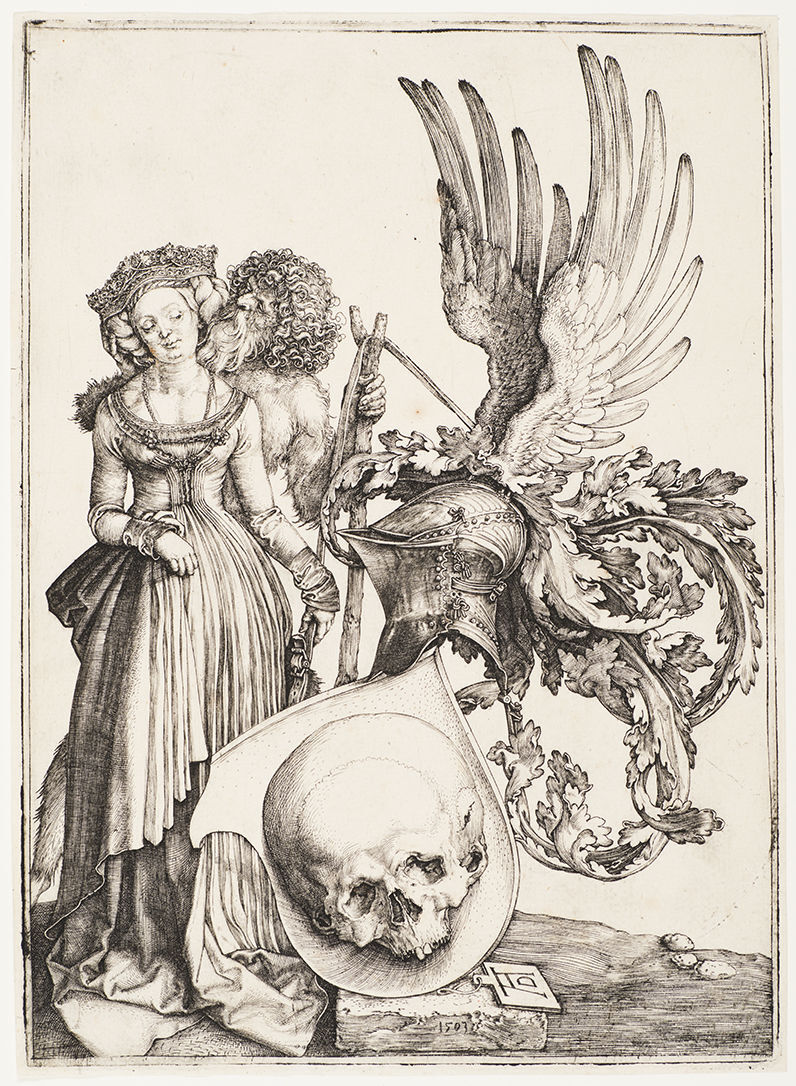 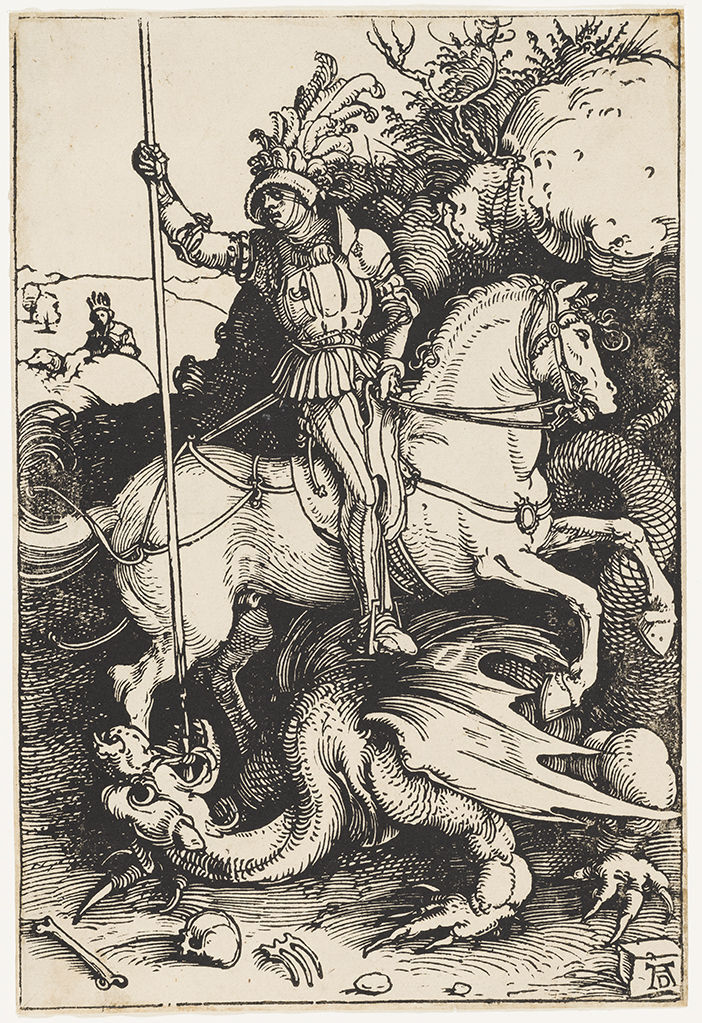 Albrecht Dürer: “Christ Carrying the Cross from the Engraved Passion” (1512)

What does Albrecht Dürer, the 15th-century Old German master, have in common with modern 21st-century customer-centered business strategy? The answer is marketing — the management approach that focus on the needs of consumers and creates products and services to fulfill their needs.

Dürer was a precursor of market segmentation, product development, and the use of logos — all widely employed in marketing management today.

Dürer (1471-1528), to many the greatest German painter and printmaker ever, was an artist of extraordinary vision who trained initially as a goldsmith and then as a painter. But he quickly recognized and seized upon the enormous potential of prints as a relatively inexpensive product to sell his work. He created a new market niche that he dominated since the early 1500s making him, in his 20s, the best-known artist best known in Europe.

Dürer was conceivably the creator of logos, those ubiquitous corporate signatures that identify each and every company nowadays (think the Amazon Prime arrow, the GE monogram and hundreds more). He inscribed his prints with his initials — AD stylized and nestled beneath a high crossbar of the letter A — to proclaim his authorship.

An important exhibition, “Albrecht Dürer: The Age of Reformation and Renaissance,” including more than a hundred engravings, etchings and woodcuts, is currently at The Frist Museum in Nashville, Tennessee, until Feb. 7.

The show spans almost the entirety of Dürer’s prolific career, beginning with some of the earliest examples he made as a young master through his mature years. Works by his predecessors and followers contextualize his career and show how he revolutionized Renaissance printmaking.

Dürer’s writing shows that he belonged to the Nuremberg (his place of birth) intelligentsia. He expressed interest in the ideas of his fellow German Martin Luther (1483-1546) whose “Ninety-Five Theses,” posted in 1517 on the door of Castle Church in Wittenberg, Germany. Luther challenged key Roman Catholic doctrines and its worldliness, affirming that salvation comes from faith alone (“Sola Fide” in Latin). Indeed, there is no dogma in Dürer’s works. The artist also knew Erasmus (Dutch, 1466-1536) of Rotterdam, another religious reformer, who praised the artist as the “Apelles (a renowned painter of ancient Greece) of the Black Line.”

The exhibition features, among others, Dürer’s three important and complex “Meisterstiche” (German, master engravings) of 1513 and 1514. They are perfect examples of the German high Renaissance, well-balanced and harmonious compositions, with their rendition of the subjects close to absolute perfection: “Melancholia I,” “Knight, Death and the Devil” and “St. Jerome in his Study.”

The winged personification of “Melancholy I” (1513): She is seated with her head resting on her hand, holding a caliper and surrounded by other tools associated with geometry, one of the seven liberal arts that represented artistic creation — and the one that Durer hoped to approach perfection in his own work.

In “Knight, Death and the Devil” (1513), Dürer’s knight riding steadfastly through a dark gorge past Death on a Pale Horse (one of the Four Horsemen of Apocalypse) who holds out an hourglass as a reminder of life’s brevity. He is followed close behind by a pig-snouted Devil, a reminder of evil ever present in our midst.

Finally, “Jerome in his Study” (1514), the translator of the Bible into Latin (the Vulgate, the principal Latin version of the Bible, translated by him 342-420 AD) and revised in 1592). It was adopted as the official text for the Roman Catholic Church, and thus the exemplar of this Christian scholar is seated in a typical study of Dürer’s day. He works peacefully at a slanted table, and his lion (a symbol of Christ’s power) and dog (representing faithfulness in Christian art) slumber peacefully in the foreground. The light of his halo and the sunlight pouring in through the windows are in perfect equilibrium — as is Dürer’s entire body of work.

Notable absences in the exhibition are two iconic prints by Dürer, “Praying Hands” (1508), an ink drawing widely displayed in promotional pious materials, and the “Adam and Eve” (1504) engraving, conceivably, the standard for depicting the first couple.

The multi-talented business-savvy Dürer, a Renaissance “renaissance man,” joins that select group of artists who were wealthy in their own lifetimes — Michelangelo (Italian, 16th century), Pablo Picasso (Spanish, 20th century), Francis Bacon (English, 20th century) and Jasper Johns (American, 21st-century) — among others. If this is ultimately good for Dürer and his heirs, we stand to profit as well, as his legacy as one of the most talented printmaker in the history of art benefits us all.

The Frist Museum, in Nashville, Tennessee, presents “Albrecht Dürer: The Age of Reformation and Renaissance” through Feb. 7. The exhibit is available online at fristartmuseum.org