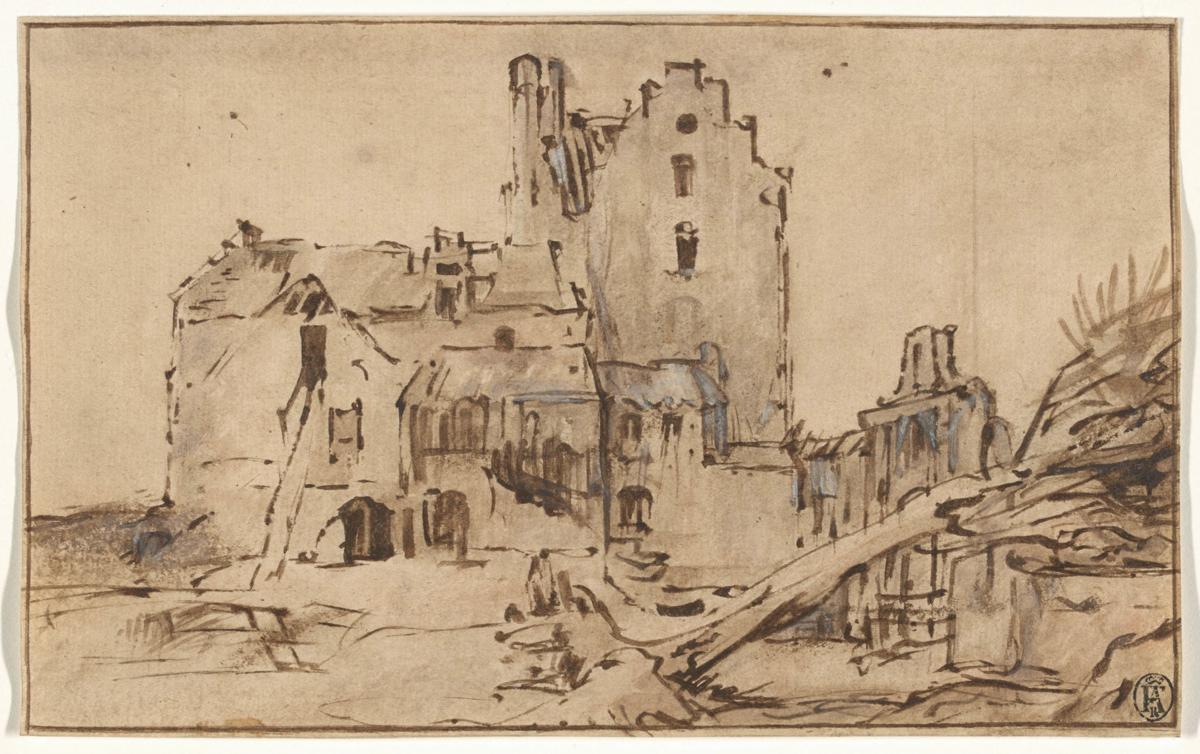 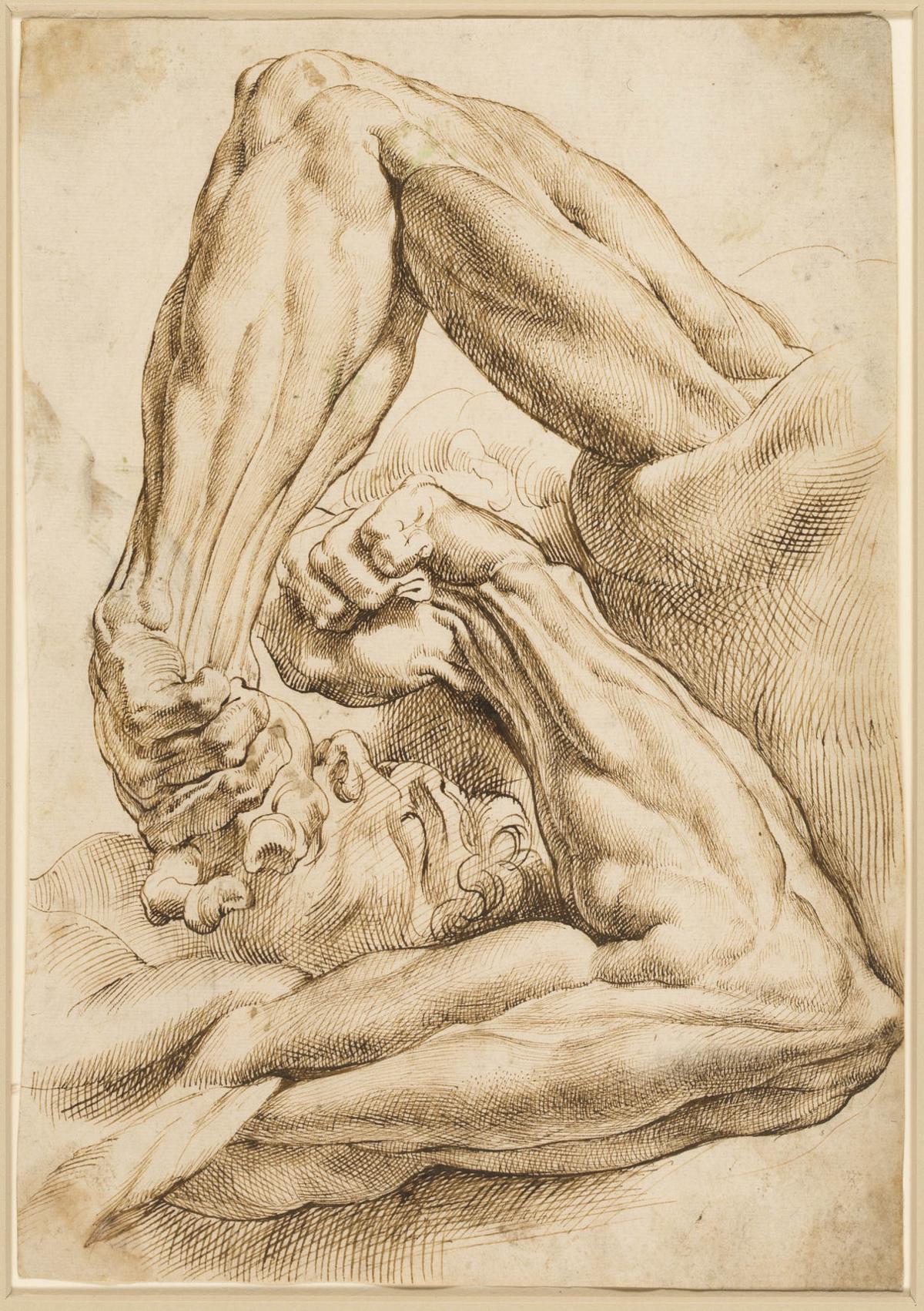 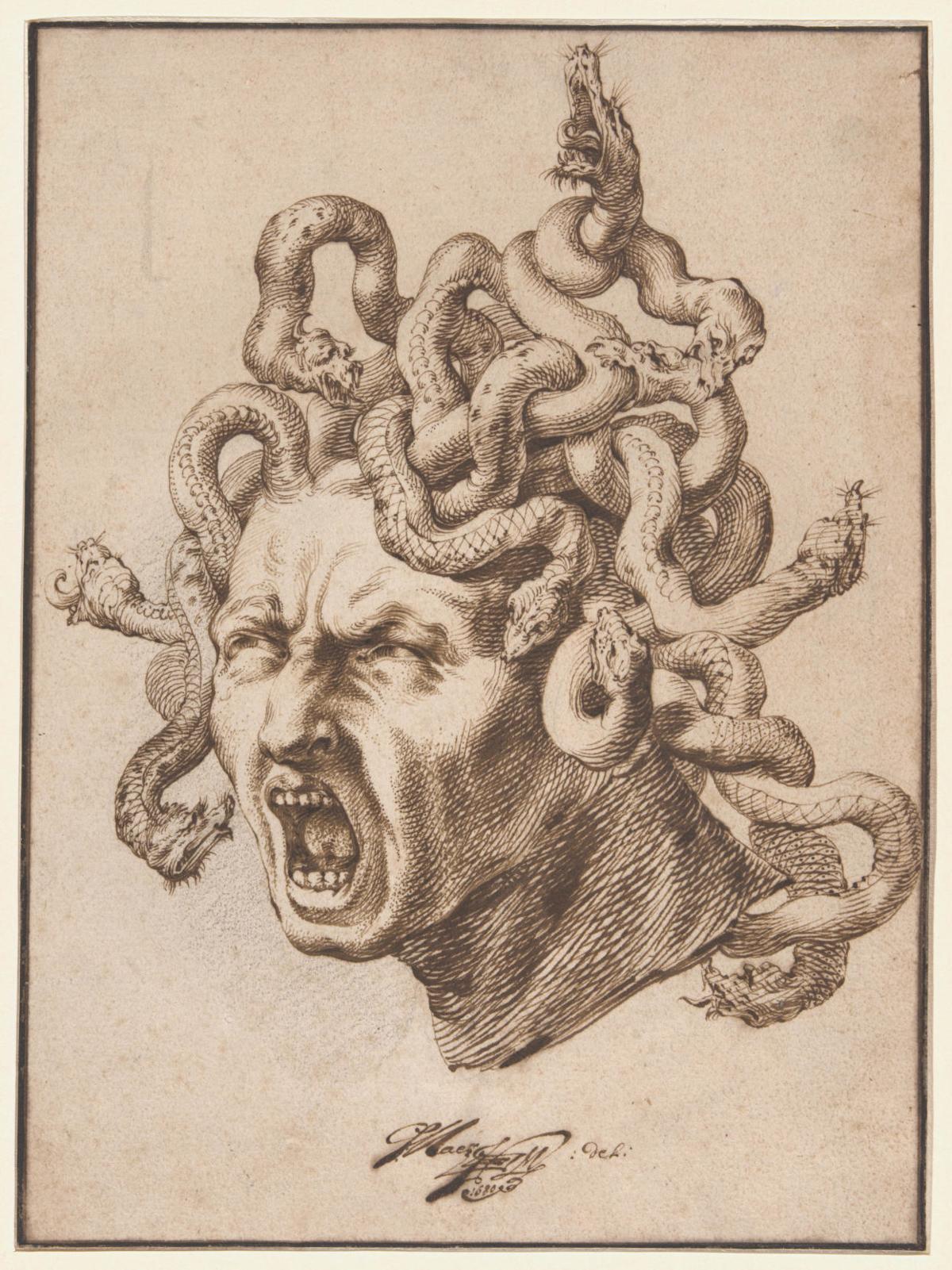 Drawing is almost as old as mankind; people drew pictures before they learned how to write. The oldest — a circa 73,000 BCE pre-historic drawing of intersecting lines of red ochre pigment on a small stone flake, resembling a hashtag — was found in October in the Bloombos Cave in South Africa.

From that distant past, drawings evolved in subject, status and quality of draftsmanship. Drawing reached one of its pinnacles in the 17th century, a period commonly known as the “Golden Age” of both drawings and paintings by different artists in the Northern Netherlands. The Southern Netherlands, then Flanders, now Belgium, was represented almost exclusively by the artwork of Peter Paul Rubens (Flemish 1577-1640).

Up to that age, drawings were only studies for future paintings and preparatory designs for prints. That was a time of change in the North Netherlands/Holland, including religious schism, economic boom and a wealth of talent. The first was linked to the Protestant Reformation, and with it, artists did not depend solely on the Catholic Church for commissions.

This, accompanied by an increasingly affluent merchant class fueled primarily by foreign commerce, led independent works of art to be bought, commissioned and collected by those wealthy merchants. Finally, the pool of artists trading in drawings was particularly talented, including two mega-artists — Rubens and Rembrandt van Rijn (Dutch, 1606-1669) — and other highly gifted draftsmen.

Featuring 120 works by Rubens and Dutch artists Rembrandt, Hendrick Goltzius, Gerrit von Honthorst and Aelbert Cuyp among others, all active in the 1600s, “Rubens, Rembrandt, and Drawing in the Golden Age,” at The Art Institute of Chicago, is on view through Jan. 5.

The exhibit traces the development of drawing in this period, from secondary or minor art form to exploring its many roles in artistic training, its preparatory function for works in other media, and its eventual emergence as a medium in its own right. Produced in a broad range of media, including chalk, ink and watercolor, the drawings in this exhibition are captivating examples of artistic skill and imagination.

Rembrandt more than any other artist of this period embraced life drawing. Most notably, he pioneered the study of the female nude, a commonplace practice today, but one that challenged the bounds of decency in the 1600s, when it was generally restricted to drawing male figures. Included in the show is one of the most celebrated of all Rembrandt’s drawings: a rare study of a female nude “Seated Female Nude” (1669), which depicts a young female sitting down, in a non-descript place, contemplatively gazing down.

Landscape drawings, a new genre created during the “Golden Years,” appealed to stressed out urban city dwellers who perceive them, besides being visually appealing, as having a calming effect. The Netherlands’ sprawling and flat countryside was depicted in several drawings of its landscape. The exhibition features works of landscapes by, among others, Aelbert Cuyp (Dutch 1620-1691). His “View of IJsselmonde Village Seen across the Maas River” (c. 1640) depicts boats in the river in the foreground and a distant village with a Lutheran Church steeple in the background.

Rubens’ “A Sheet of Anatomical Studies” (1600) is a detailed representation of the muscles of the arms of two men. Rubens was an exceptionally gifted draftsman and painter who advanced the precision of anatomic drawing. Drawings made by artists were used as an educational tool to teach anatomy to medical school students, in addition to being collected by rich merchants of the time.

The book “Grey’s Anatomy” was first published in 1858 by the English doctor Henry Grey, and illustrated by Henry Vandyke Carter. With over 1,000 drawings of the human anatomy, it is a testament to the endurance of drawings. In its 41st edition, the book is still the basis for medical teaching today.

“Rubens, Rembrandt, and Drawing in the Golden Age” is an appealing exhibition for those who already enjoy drawings, and also enlightening and illuminating to art lovers who are not especially familiar with that genre.

“Rubens, Rembrandt, and Drawing in the Golden Age” is on exhibit at The Art Institute of Chicago through Jan. 5. For information, go online to www.artic.edu.