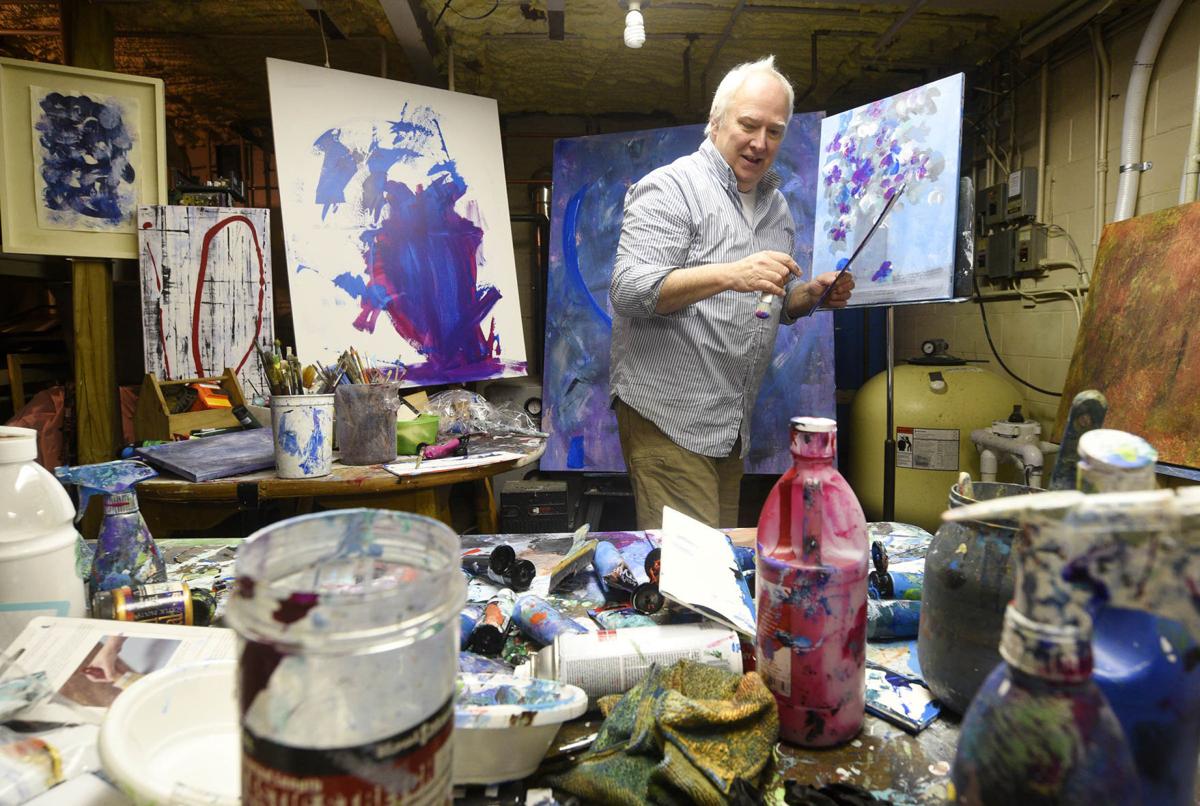 Arthur Zorn, once known as music minister at Montpelier’s Bethany Church and music educator at Spaulding High School in Barre, works in the studio of his Barre Town home. Zorn will show work at The Reynolds House Inn in Barre Feb. 22-28. 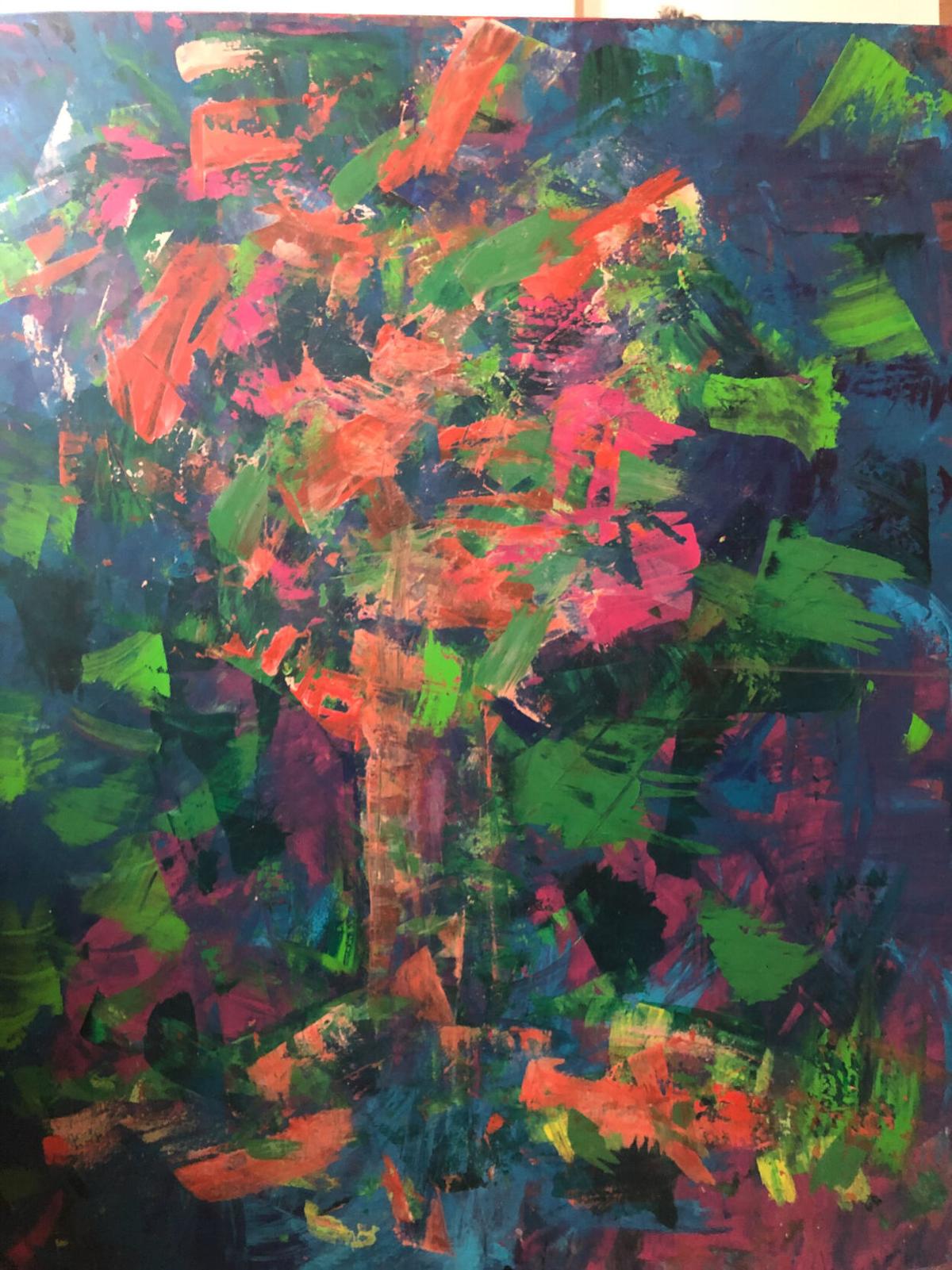 Art by Arthur Zorn is from his Reynolds Inn exhibit. 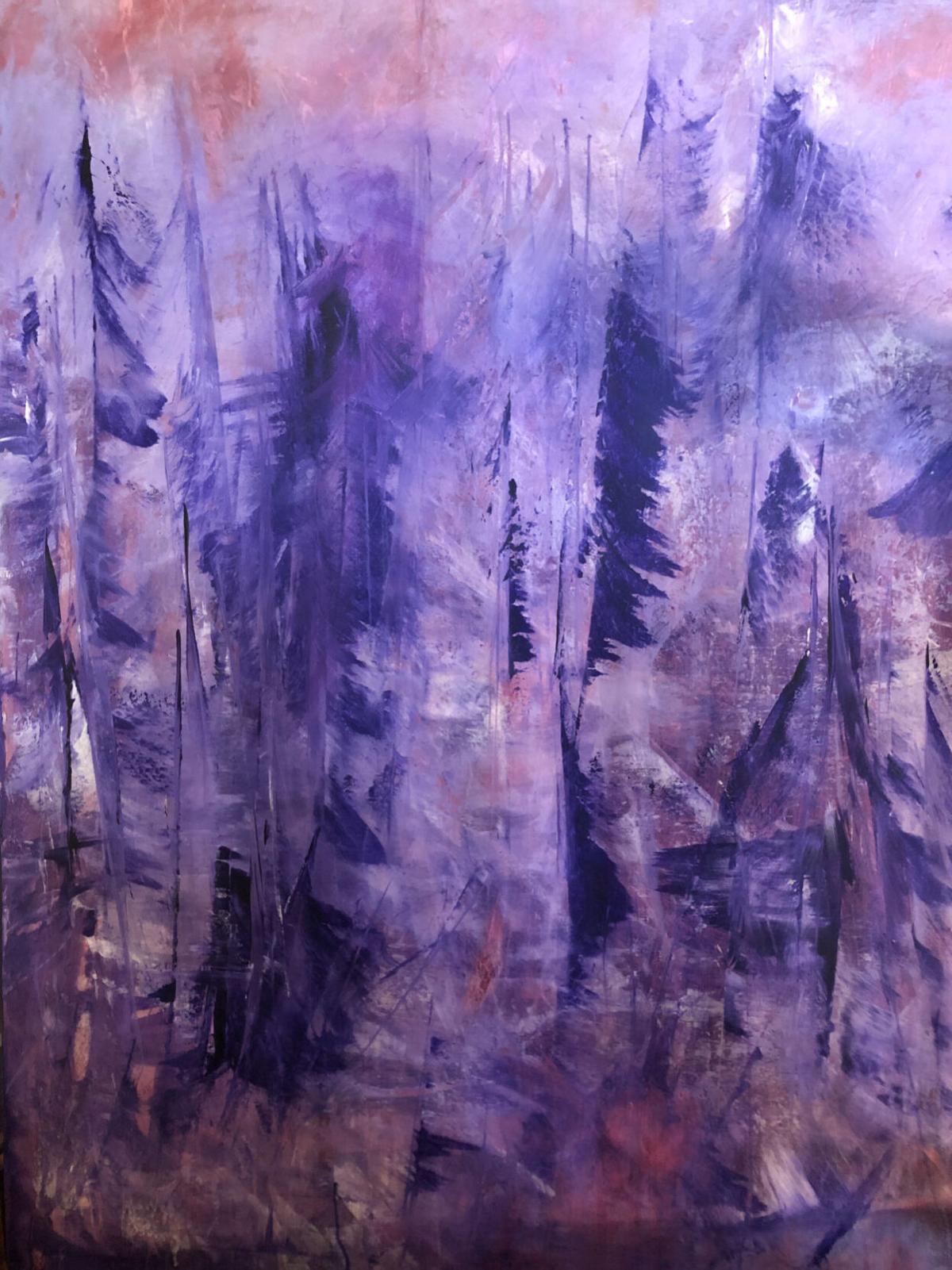 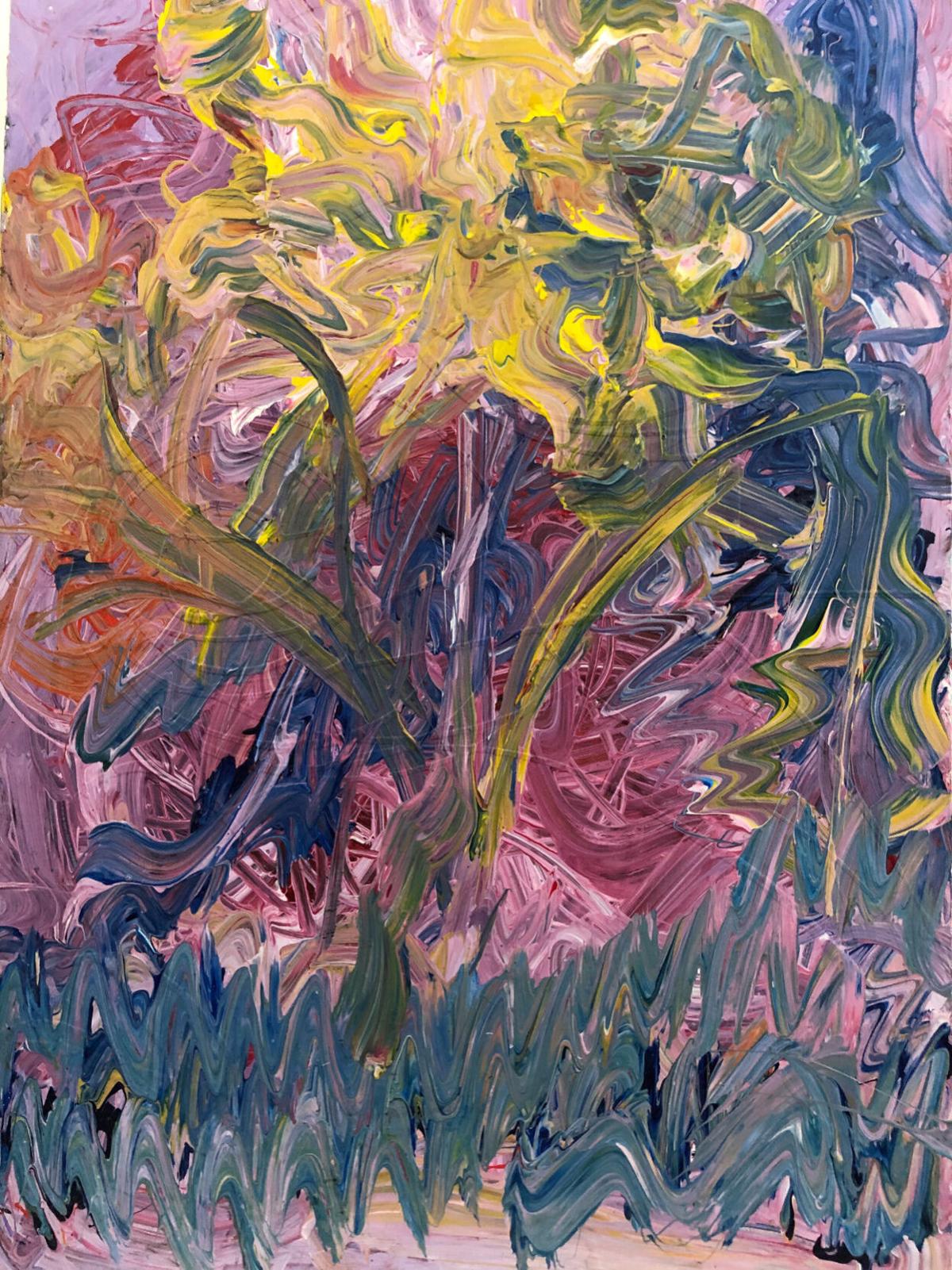 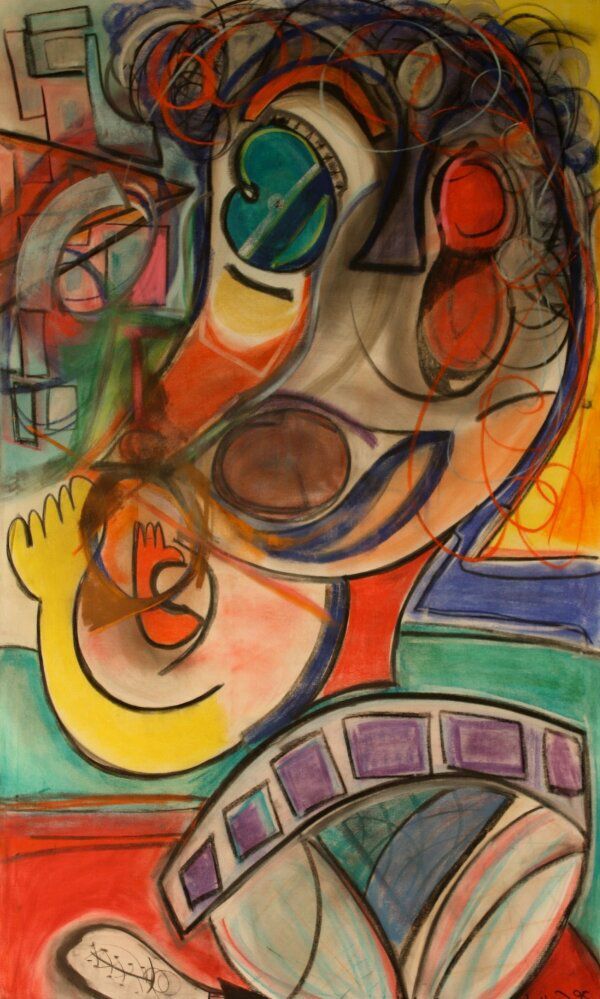 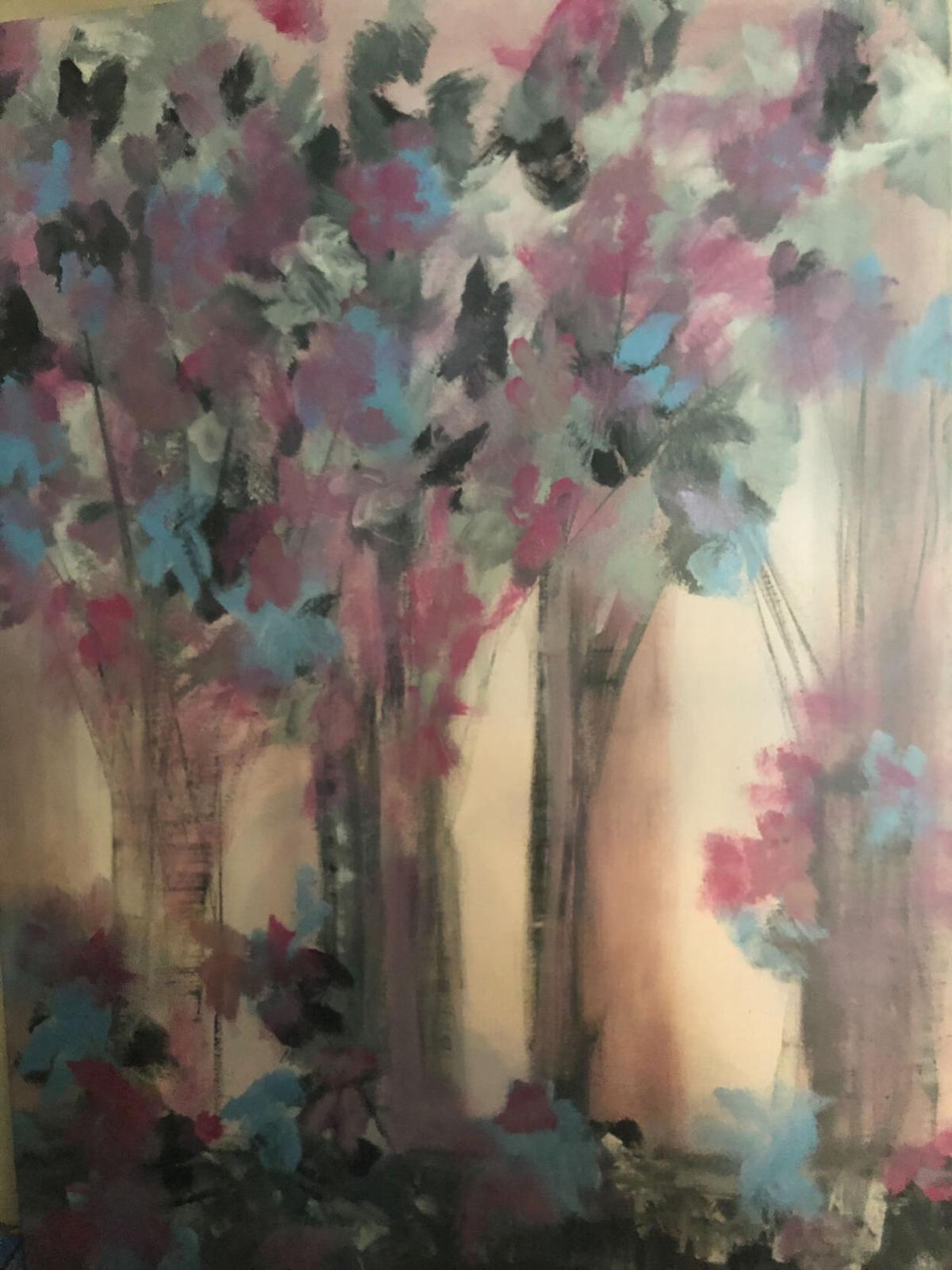 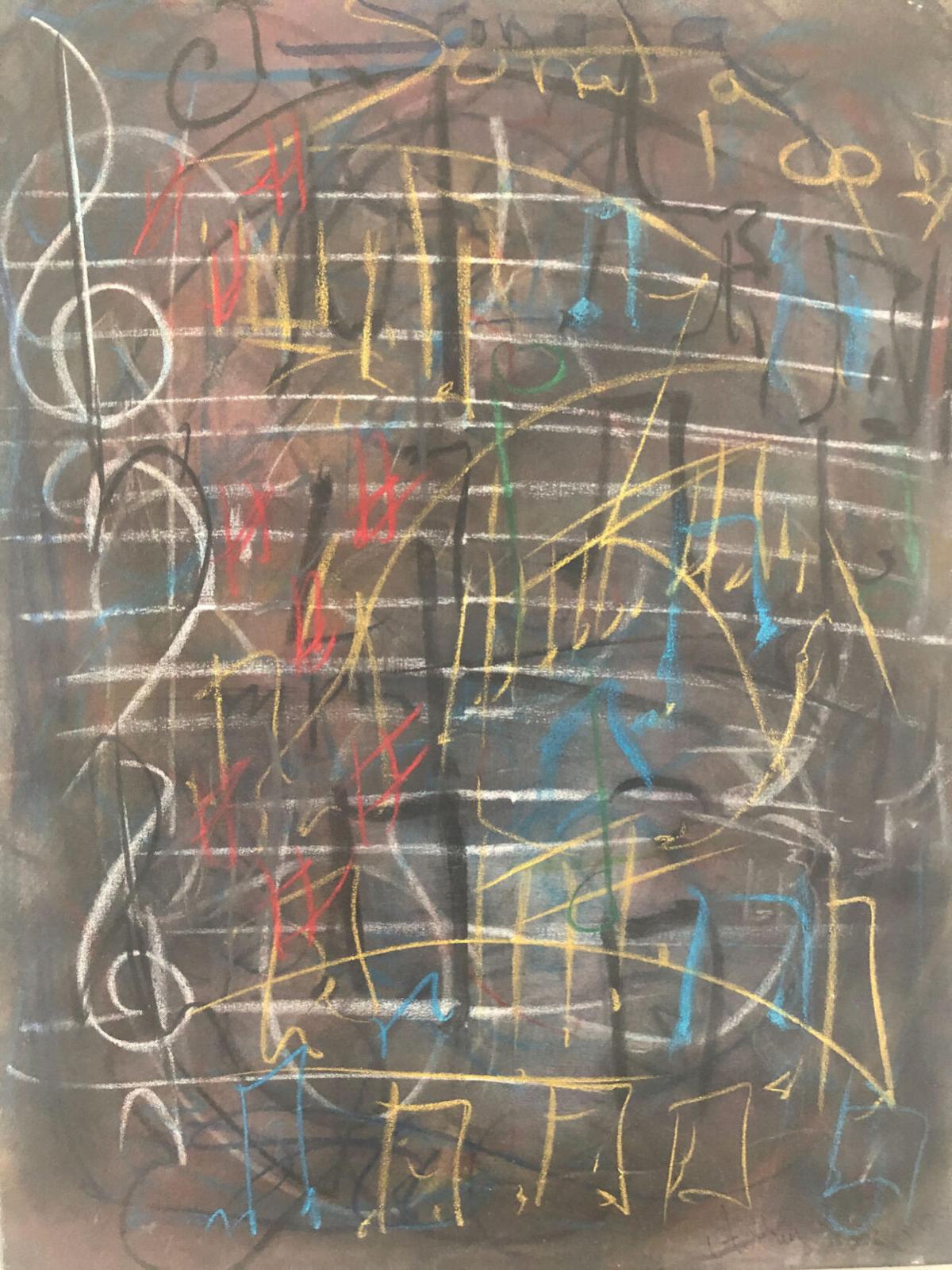 Arthur Zorn, once known as music minister at Montpelier’s Bethany Church and music educator at Spaulding High School in Barre, works in the studio of his Barre Town home. Zorn will show work at The Reynolds House Inn in Barre Feb. 22-28.

Art by Arthur Zorn is from his Reynolds Inn exhibit.

Arthur Zorn is well-known as a choral conductor, pianist, choir director, organist and vocal soloist. Thousands of Vermont students, especially at Spaulding High School, had their musical lives enriched by Zorn in his 30-plus years as an educator. Audiences know his compositions, including “January 25th, 1945,” about the liberation of Auschwitz and “Garden Sketches,” a suite for piano.

Fewer people may know beside his storied music career, Zorn is an accomplished visual artist. After a serendipitous return to painting, Zorn began his professional art career in 2004 with his exhibition “Improvisations” at Waitsfield’s Bundy Gallery. His artwork, mostly abstract expressionist, is in collections around the country.

This week, Zorn and the Reynolds Inn in Barre are partnering in a socially distant art exhibition and open house from Monday, Feb. 22 through Sunday, Feb. 28. New artwork by Zorn is exhibited throughout the landmark 1892 inn. Zorn’s contemporary abstract acrylics open visual conversations with the inn’s curated antiques and period architecture.

“I am an abstract expressionist that creates paintings out of contemplations, emotions and deconstructed scenes from flowers to natural landscapes,” says Zorn in his artist’s statement. “I paint to produce a symbiosis between my emotive state and the spectator’s gaze. As a musician and a visual artist, I paint in diverse tempos.”

Zorn’s path to visual arts started early. A Bronx, New York, native, Zorn was drawn to abstract art from his youth. His talent showed early — he was recognized with his school’s Fine Arts Award in eighth grade.

Zorn went on to study at New York City’s High School of Music and Art and the Manhattan School of Music. While Zorn was drawn to visual arts as well as music, he chose music for his education and career, graduating from Lyndon State College with special honors in music education in 1972.

In the mid 1970s, Zorn began teaching music in the Barre schools. When he started at Spaulding, only a few students were in chorus, which he directed. Participation soon burgeoned to nearly 200. When a new chorus room was built, it accommodated the crowd. At first, though, its walls were empty.

Zorn set out to find artwork for the room. Deterred by prices, he looked to his own abilities.

“I said, well, I can paint. And I took 4-foot by 8-foot sheets of plywood, threw them in my driveway and did this Jackson Pollock type-artwork, and put them up on the walls. Through the years, I added and changed things out,” Zorn recalls.

Other groups used the room, too, including the Vermont Symphony Orchestra Chorus. People noticed and liked, really liked, the art. Andrea and Piero Bonamico, who was directing the Mad River Chorale, were running the Bundy Gallery in Waitsfield and invited Zorn to mount an exhibition there. The Bauhaus-style Bundy was designed for contemporary art, and Zorn’s artwork was a terrific fit for the space. “Improvisations” was a resounding success.

“I felt validated, and I’ve been painting ever since,” said Zorn.

Zorn retired from teaching in 2008. He continued his long practice of directing music for churches, including for 20 years as minister of music at Bethany Church in Montpelier, a position from which he retired in 2019. Although retired from those formal music positions, Zorn’s musical practice continues.

Increasingly, however, he is becoming known for his paintings. His solo exhibitions have been in venues including the Governor’s Gallery. More than 40 of his paintings are on loan to the State of Vermont including in the Pavilion Office Building.

Zorn’s quiet philanthropy accompanies his painting. Since that first exhibition at the Bundy, he has seen his art offering opportunity to support others.

The Reynolds Inn exhibition grew out of Zorn’s long fascination with this grand historic home. Driving past it to and from his Barre home, Zorn was curious about it, concerned for its survival after it was damaged by arson in 2014, and relieved to see its restoration after that.

Home to the Reynolds family, of Reynolds & Son Hardware, the house stayed in the family until 1996. With its ample porch, Queen Anne tower, gracious sitting rooms and plenty of bedrooms, it was well-suited to welcome guests as an inn. As any passersby have seen from the outdoors, the restoration since the fire has been meticulous.

Now in the hands of innkeepers Eric and Jeffrey Tuper-Giles, the inn has guest rooms and spaces for events, including its carriage house, music room and library. Eric Tuper-Giles, music director at Barre Congregational Church, and Zorn have collaborated musically in the past.

Zorn loaned several paintings to the Inn, back before COVID-19. The dynamic between this abstract contemporary work and the antiques of a century ago was compelling.

As COVID-19 months marched on, Zorn was reflecting on this surprising pairing. Why not, he suggested, have a combined art exhibition and open house? With the inn’s size, visitors can be distanced from each other, and overall occupancy could be kept to safe limits. Visitors can tour the inn and see Zorn’s new artwork at the same time.

Through these months, Zorn has been painting and has new work for the show.

“I’m definitely not a prolific, famous artist, and I don’t have, like, a pedigree,” Zorn said. “But it doesn’t matter because I enjoy what I’m doing.”