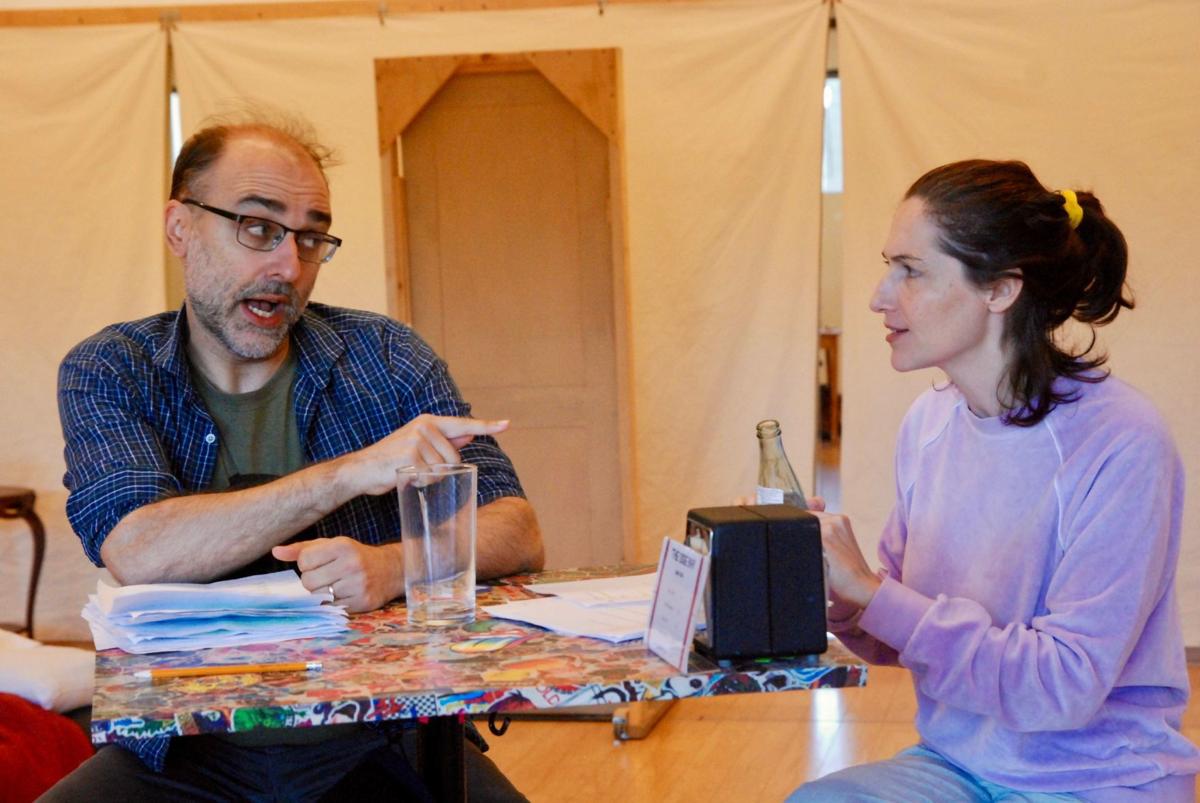 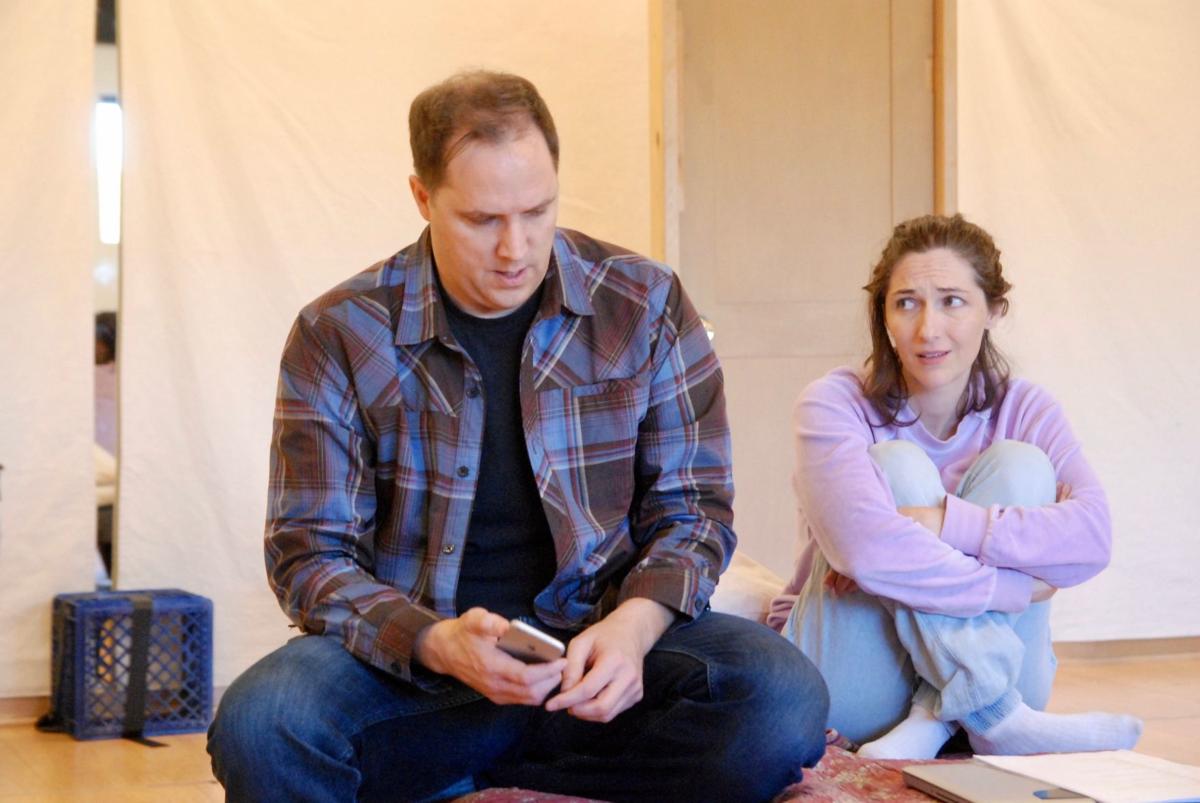 Eric M. Messner as Peter and Danielle Slavick as Lara in rehearsal for “Jordan.” 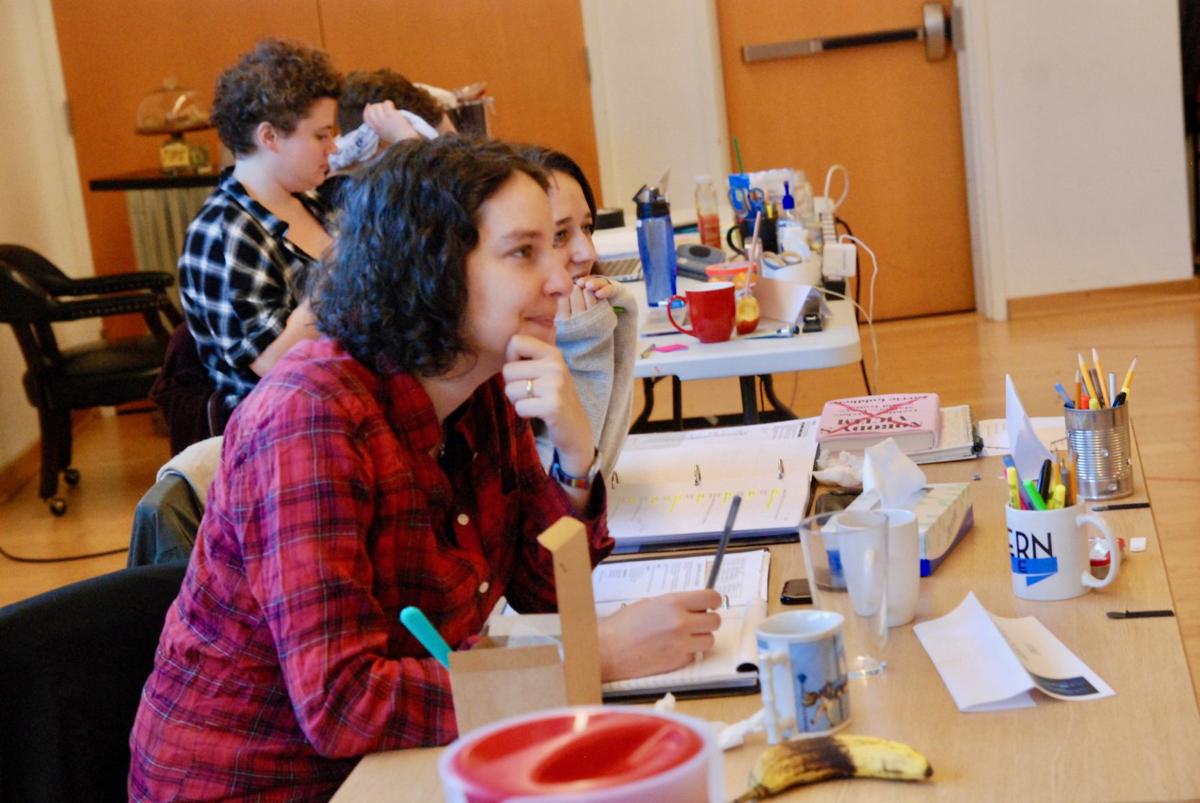 Eric M. Messner as Peter and Danielle Slavick as Lara in rehearsal for “Jordan.”

A friendly drink with an ex goes terribly awry when Lara discovers her social media accounts have been hacked and she’s saying things that she doesn’t remember saying. “Jordan” is a new dark comedy by Brenda Withers receiving its world premiere production by Northern Stage Oct. 16-Nov. 3 at the Barrette Center for the Arts in White River Junction.

“The thing that immediately grabbed me about the play and that I’m maybe most excited about is that I feel it is both about the hacking incident that takes place and about, in this new age of technology, how much power do we really have over our own identity, given everything that’s out there in this vast internet?” explained Jess Chayes, who is directing.

Out for a drink with her ex-boyfriend, Wade, Lara finds herself being accused of texting him come-ons that she has no recollection of. At home, her fiancé Peter is sympathetic but wonders if Lara is telling the truth. Peter’s friend Casey, who has his own interest in Lara, has his own ideas. And Lara has no idea what the hacker wants.

“It is very much about how people look at women,” Chayes said. “The cast is Lara and all these men in her life, and each one has a different relationship to what they think happened with this hacker, and what they think of Lara.

“And so, I really love that it is a play simultaneously about technology and the internet and our contemporary world, but also about what we want out of the people in our lives — and particularly out of beautiful women,” Chayes said.

Chayes finds “Jordan” dovetails with Nora’s search for identity in “A Doll’s House, Part 2,” and the relationships around it, but in the 21st century.

“Jordan” is told, to a degree, in the form of a mystery.

“But really, it’s much less about the mystery and more about the fact that in our world, human folly makes people unknowable, that there can be no answer to the mystery. It’s not a whodunit,” Chayes said. “What I love about it is that it sort of follows those mystery tropes, and then really reveals that in a play about identity, there is no permanent solution, that people change and evolve.”

With today’s internet, identity is not only made of posting your best pictures.

“We all think we have control over our identities but the truth is, in this hacking, her identity is taken and people make judgments of her that persist, despite the fact that they were perpetrated by someone else,” Chayes said.

These days, social media has replaced gossip (or, in fact, is a very sophisticated form of it).

“One of things (playwright) Brenda’s really interested in is that nobody’s wrong, necessarily,” Chayes said. “The more I read about cyber-stalking, the more I’ve realized what a visceral invasion it felt like.”

In creating Northern Stage’s production, Chayes sees one of her biggest challenges as creating the intimacy for a four-person play with mostly two-person scenes, in a theater built for big-cast musicals. So most of the play is on a small stage that pushed forward, with the audience nearly surrounding these characters.

“But, at the same time I was excited about the fact that the theater itself is large,” Chayes said. “Some of our scenic elements like, for example, we take the tension grid that’s in the ceiling and we’re extending it down to the side walls so that they sort of surround the stage area.

“I hope that it feels like these sort of specimens of humanity in a Petri dish in the middle of a lab almost,” Chayes said. “My hope is that there is within this production a balance between the intimacy of the scenes and the larger idea that we’ve created this large unknowable force that in some ways puts us in danger.