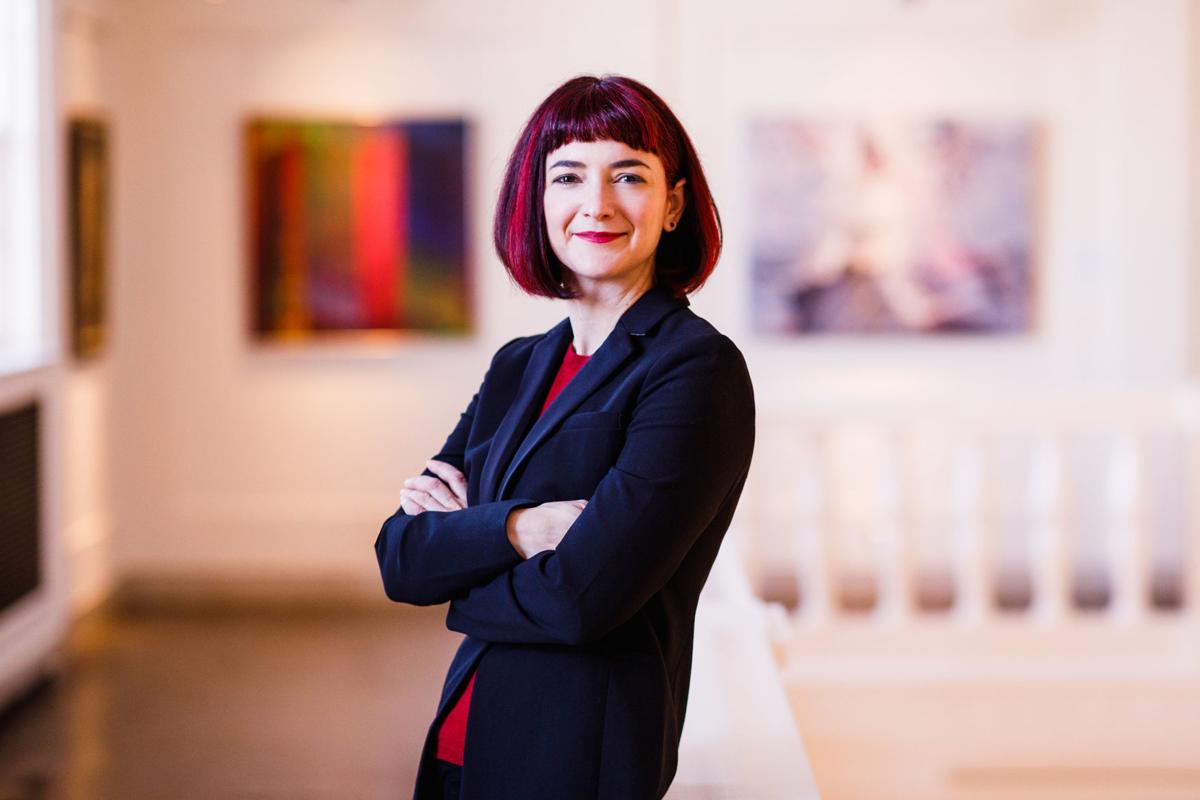 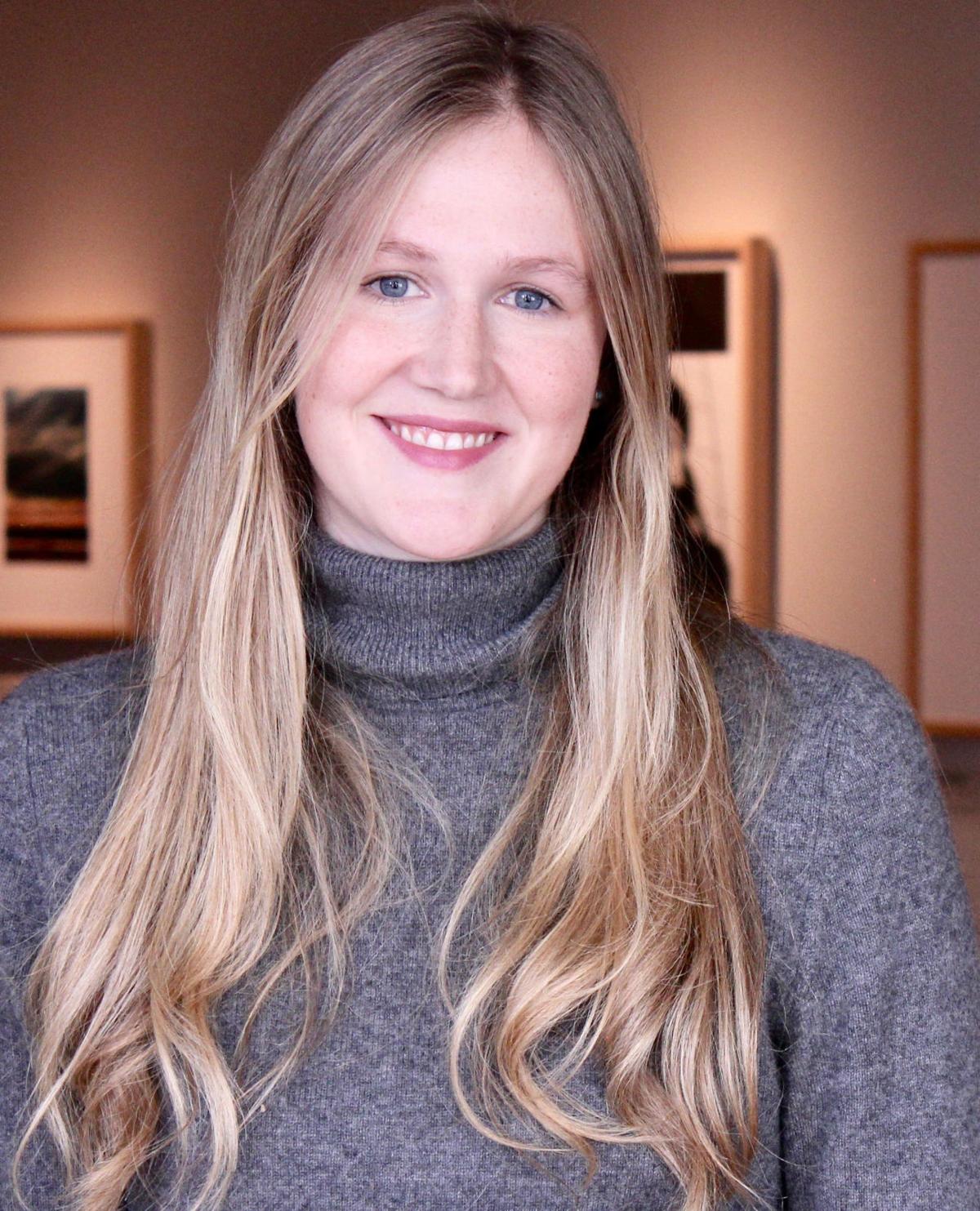 All over the world museums have closed their doors temporarily. The Metropolitan Museum of Art and the Museum of Modern Art in New York, The Louvre in Paris are all dark. But the virtual doors are beginning to open.

The Paris Musées, a collection of 14 museums in Paris, responded to the COVID-19 pandemic recently by making 100,000 pieces of art freely available online. It includes work by artists like Rembrandt, Monet and Picasso, for which visitors can download images and details.

Two staff members at the Middlebury College Museum of Art are doing something similar in Vermont. Sarah Laursen and Sarah Briggs are in the process of creating a statewide online hub for visual arts. It may be the only site of its kind in Vermont, and soon it will be host to virtual tours, online activities for home and links to art centers all over the state.

The new website www.vermontartonline.org is a portal for 360-degree tours of Vermont’s museums and galleries.

Although the initiative was spurred on by COVID-19, Middlebury College’s Sarah Briggs had been in early stages of developing an online presence before the pandemic struck.

“I had been already thinking about how to develop some of Middlebury’s educational programming to be online to be available to K-12 classrooms,” Briggs said by phone recently. “It really supports the visit when you can give them something ahead of time and follow up afterwards and having an online platform where that could happen. So I was starting to think about that already around the time the coronavirus came up, which then prevented classrooms that were scheduled to come into the museum from coming in.”

“I was thinking, this is a problem that every museum in the country, really in the world, is trying to solve right now,” Briggs added. “So we should be talking to each other and trying to create some sort of platform where we can provide resources to museums who are trying to get their programming online, and also an audience to (those) museums. Because parents and teachers who are trying online engagement with kids at home might not be able to seek out every individual museum, even if they do already have something existing on their website.”

The site relies on two simple technologies, Google Street View and ThingLink, an app for annotating 2-D and 3-D images. It’s meant to provide more visibility to institutions, as well as serving educators and museum attendees with a centralized portal for statewide organizations and a virtual experience during a period of physical isolation.

Sarah Laursen, curator of Asian art at the museum, and an assistant professor in the History of Art and Architecture Department, said her classes this semester were built around using the museum collection. So when the school shut its doors, like every educator in the country, she started thinking about how to move her class online.

“I knew that Sarah (Briggs) had a background with distance learning and was very tech savvy,” Laursen said. “So we met up for coffee a week ago.”

“We started talking about how some of the many museums and galleries that were closing might be able to use (the Web) to preserve what was on view in their collections,” Laursen said. “Because all of us were upset about closing. Not just because the loss of the ability to teach from the permanent collection, but also because we have special exhibitions. I have a show up right now on ancient Chinese gold that has been in the works since 2017. So it’s hard to watch something that you put so much effort into be closed.”

“The site is pretty simple,” Briggs said. “The piece we’re building first is really our main focus, which will allow you to see 360 tours of museums and galleries around Vermont.”

From there, visitors will be able to click on institutions, marked on a map of Vermont, as well as from a scrollable list with photos of the museums and galleries from the outside, which are clickable, and then direct visitors inside the galleries.

“I’ve been seeing so many people in the last week really take charge of creating content accessible online like classes, or a PDF doc that has an outline for an art-making activity that you could do at home,” Briggs said. “It’s finding these and contacting those organizations to ask if we can provide a link that then directs traffic back to their website.”

“The idea is isn’t to take anything from the organizations,” she explained, “but to have one place that’s easy to find for people to go and then drive traffic to the websites of these organizations, that people otherwise might not be able to find, especially if they’re not already familiar with the place.”

“Our goal is to create a portal for (those) who have become educators this week, and all the arts organizations in Vermont who want to participate,” Laursen said. “We’re just providing the link between (them).”

Briggs had a still-evolving list of about 20 interested organizations at the time we spoke, and said they would launch the site when a good portion of the 360 tours had been submitted.

“Then I’ll just keep building out the other piece as it develops, because we do want to make this available soon, because kids are already home from school now.”

After the crisis passes, Briggs said, “I would like it to live on. I don’t think there’s quite anything like it that exists specifically for Vermont right now.”

“There can be a bit of technophobia and fear of a virtual museum replacing three-dimensional objects,” Laursen said. “We don’t see it that way. This is supplementary, and something we’re creating out of an emergency situation. But this can also be something that gets people excited about an in-person museum visit, which is why it should have a life after life returns to normal.”

“The Sarahs have made it easy and accessible for folks to participate, regardless of their level of comfort with the technology,” said Vermont Fleming Museum Curator Andrea Rosen, who has been involved in launching the site. The entire collection of almost 25,000 objects will be fully searchable on the Fleming Museum website, which will also be part of the Vermont Arts Online website.

“We’re doing what we can in a very suddenly changed world to make our resources available in new ways,” Rosen added. “It’s scary, but it’s also an exciting opportunity.

“This is just a starting point,” Laursen added. “Once this goes live we want to make sure museums and galleries know that there isn’t a cut off point for getting things in. It’s an easily customizable site, so we can keep adding and modifying as we need to. For anyone who hasn’t participated yet, the doors are still open.”

For the latest programs at Vermont Art Online, go online to www.vermontartonline.org.