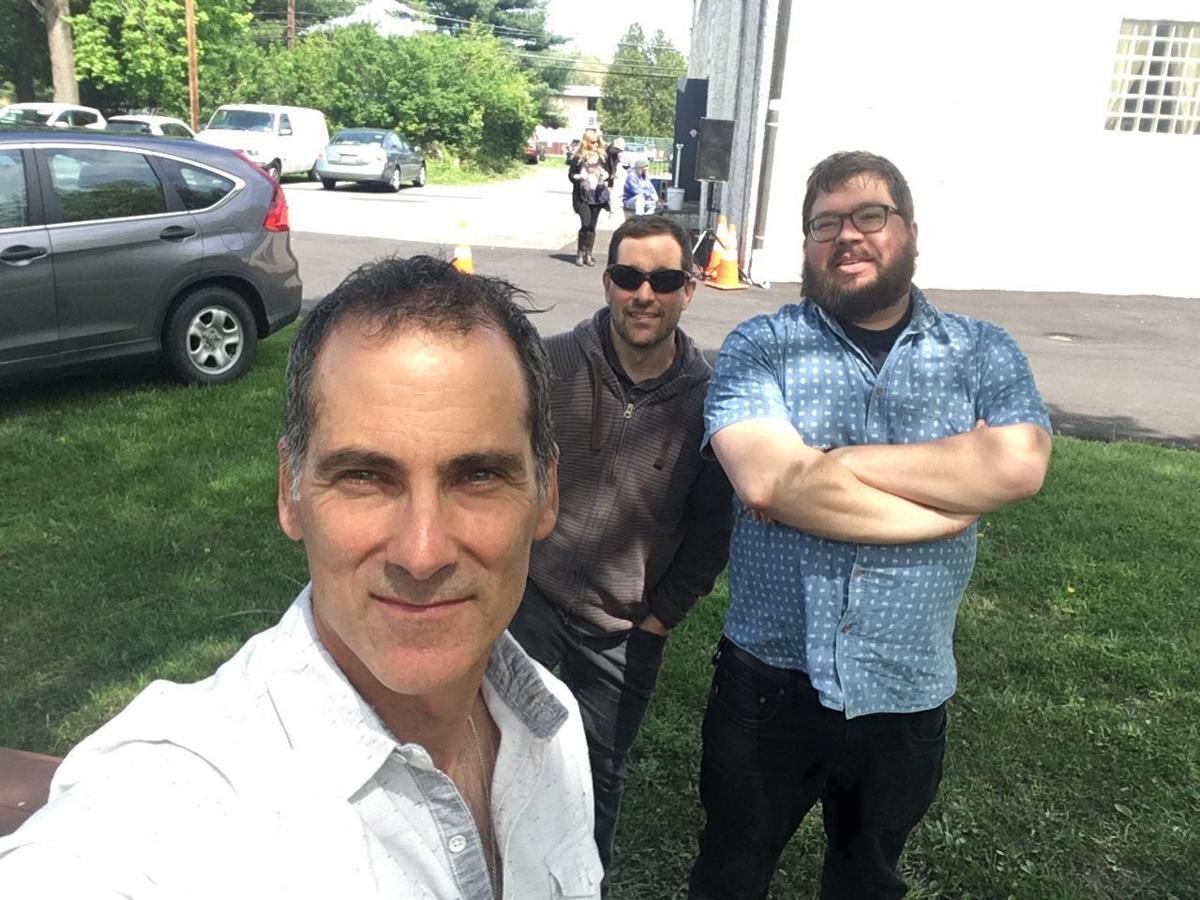 Dave Keller with Jay Gleason and Alex Budney perform as the Dave Keller Band Sunday at Sweet Melissa’s in Monpelier. 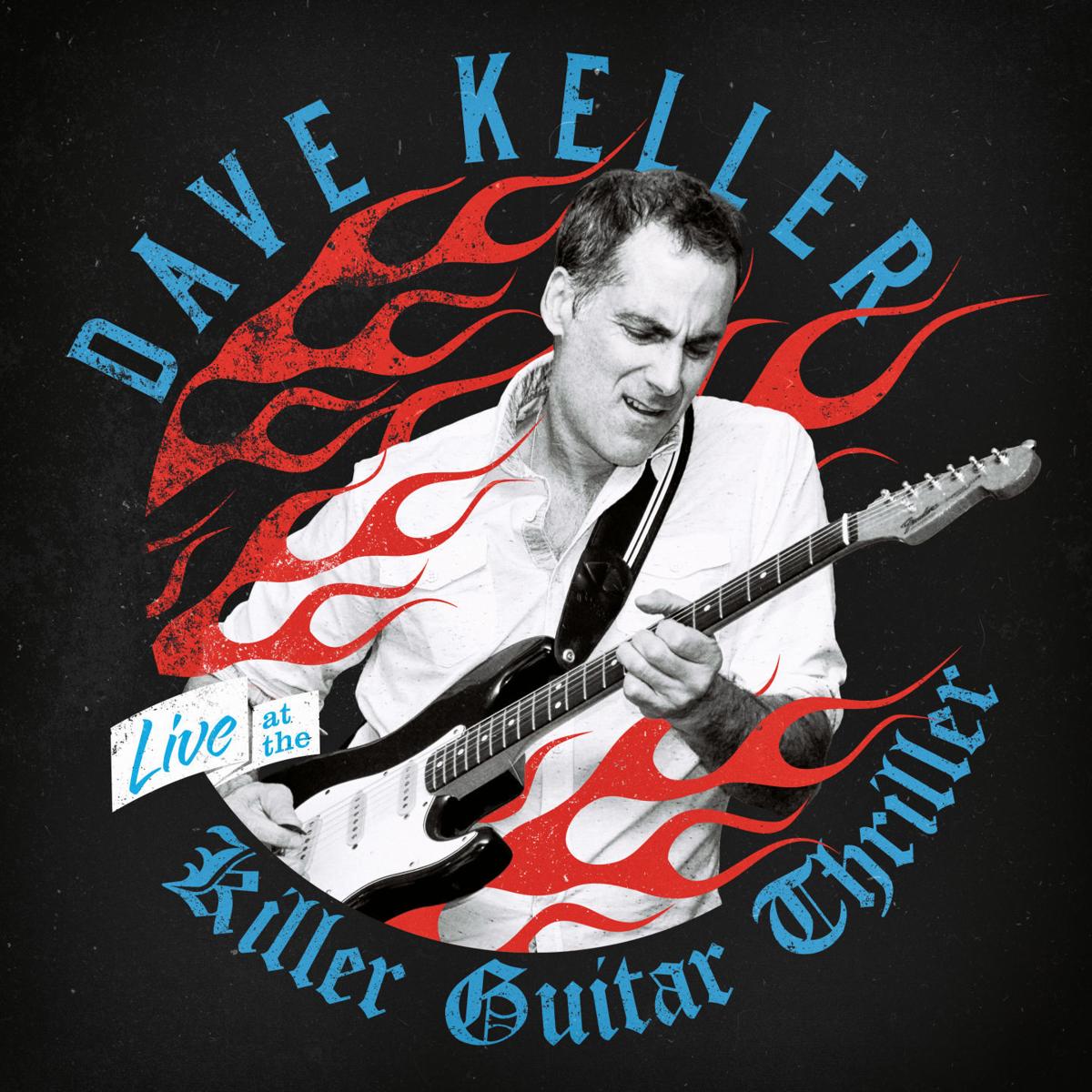 Dave Keller with Jay Gleason and Alex Budney perform as the Dave Keller Band Sunday at Sweet Melissa’s in Monpelier.

Fans of blues and soul singer and guitarist Dave Keller will find his new album “Live at the Killer Guitar Thriller,” a change from his previous seven album releases. His catalog of recordings hasn’t, until this CD, included a live album. With this release we hear a performance as authentic as it gets.

Live albums can represent the best and worst in recordings. On the worst side the recording can be fraught with terrible sound. The mix might be off, recording too much or too little of certain instruments. The engineer might not capture all the sounds or the vocals might be too loud or two far back in the mix. Then there is audience noise. Some live albums have so much crowd noise that it distracts from the music.

On the plus side, a live recording of a concert can capture the performer(s) at their best. The energy can be palpable and the performers can be lifted by the energy of the audience to performance heights they might not achieve in a studio.

Studios are controlled spaces where every musical wart can be cut out and where the sound is pristine with no annoying crowd banter or loud disturbance. They can also lack energy and spontaneity.

Keller’s new CD has the energy that comes from playing a live performance in spades. It’s a relatively clean recording that captures the singing and instruments with good clarity. It also has a good dose of crowd noise recorded as it was in a barroom.

Keller said he was proud of this first live album, warts and all. “I really liked the recording. People send me recordings,” he said, “but sometimes it’s not a great performance or it doesn’t capture the sound.”

This recording, he said, really captured his trio’s sound. He was very pleased with his “performance and the energy from the crowd.”

Kelller was encouraged by singer Johnnie Rawls who listened to the pre-release recording and suggested, “I should put this out right away. It’s really good.”

Keller attributed his stellar live performance to the fact that he didn’t know he was being recorded. “Usually a recordist will ask in advance to record me but it was better that he didn’t, I wasn’t self-conscious. I was very relaxed and energized.”

The concert was 90 minutes long and the entire set is captured, all 77 minutes, with the only editing cuts to some of Keller’s crowd banter. There are 15 tracks.

Considering that the concert was recorded on just one stereo microphone placed 20 feet from the stage, Keller said, “It’s a miracle that it came out perfectly — the levels came out right for the guitar tone, the drums and bass levels.”

The work that engineer Butch Evancho did on this album is in Keller’s estimation, “the best live recording anyone’s ever made of me. It’s absolutely accurate.”

What you will hear on this CD in a performance for the Bucks County Blues Society Spring Fever Foodstomper at the Terchon VFW in Edgely, Pennsylvania, is a great trio, performing several of Keller’s own songs along with other blues and soul standards.

Keller sings and plays a Fender Strat guitar. Bass man Alex Budney was making his first appearance with Keller after just one rehearsal. His playing is dynamic. Drummer Jay Gleason played with Keller in the 1990s and returned to perform with him earlier this decade. Gleason and Budney are the glue that allows Keller to strut his considerable chops.

Trios like this can be exciting. George Thorogood and the Destroyers, ZZ Top and Cream are three examples of the pulsing beat a really good trio can produce. We can now add The Dave Keller Band to the list. Keller’s singing is soulful, powerful and yet friendly and emotive. His guitar playing shows off his well-honed chops, which his studio records don’t always emphasize.

Keller said playing lead guitar and singing when doing a soul number is not as easy as it might appear. “With soul music the great guitar parts were played by guys who didn’t sing. It’s something I had to work at.” He admits that a live gig has him “doing a lot of heavy lifting.”

“This one is really for my fans,” Keller said. “None of my previous CDs have as much blues or guitar.” He said the album is “kind of a best-of with songs selected from my previous CDs.” We concur.

Dave Keller is releasing the album “Dave Keller: Live at the Killer Guitar Thriller” with a performance by The Dave Keller Band at 5:30 p.m. Sunday, Feb. 9, at Sweet Melissa's, 4 Langdon St. in Montpelier. Tickets are $10 at the door, or online at www.davekeller.com/shows.