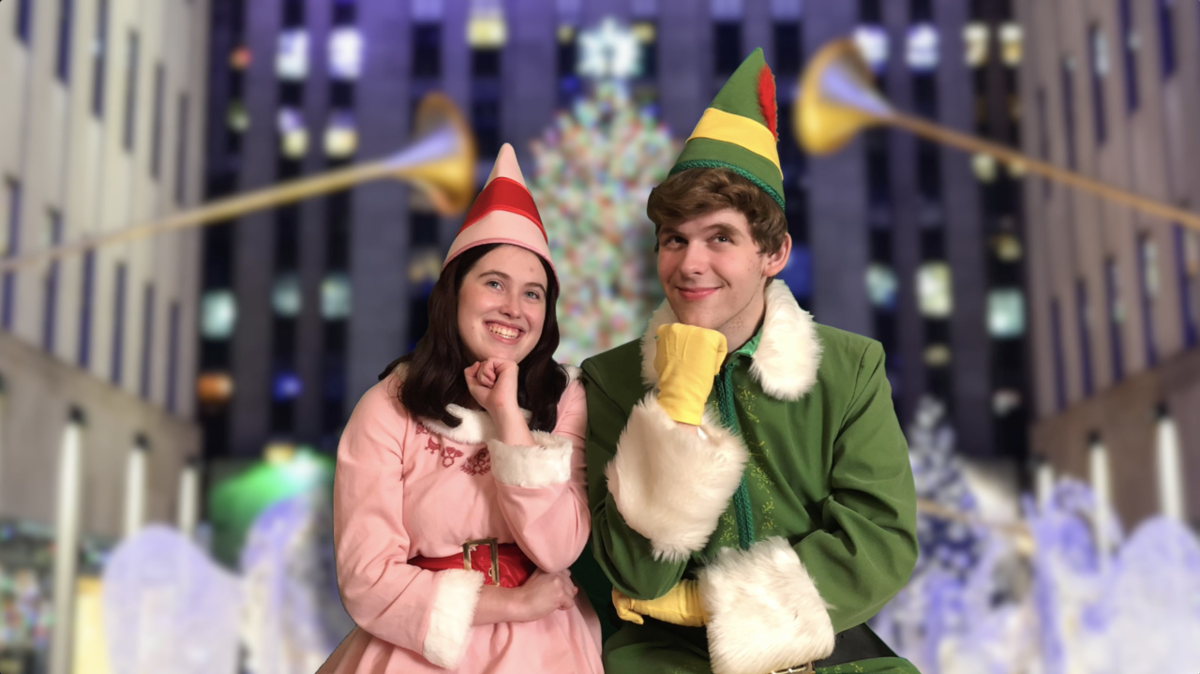 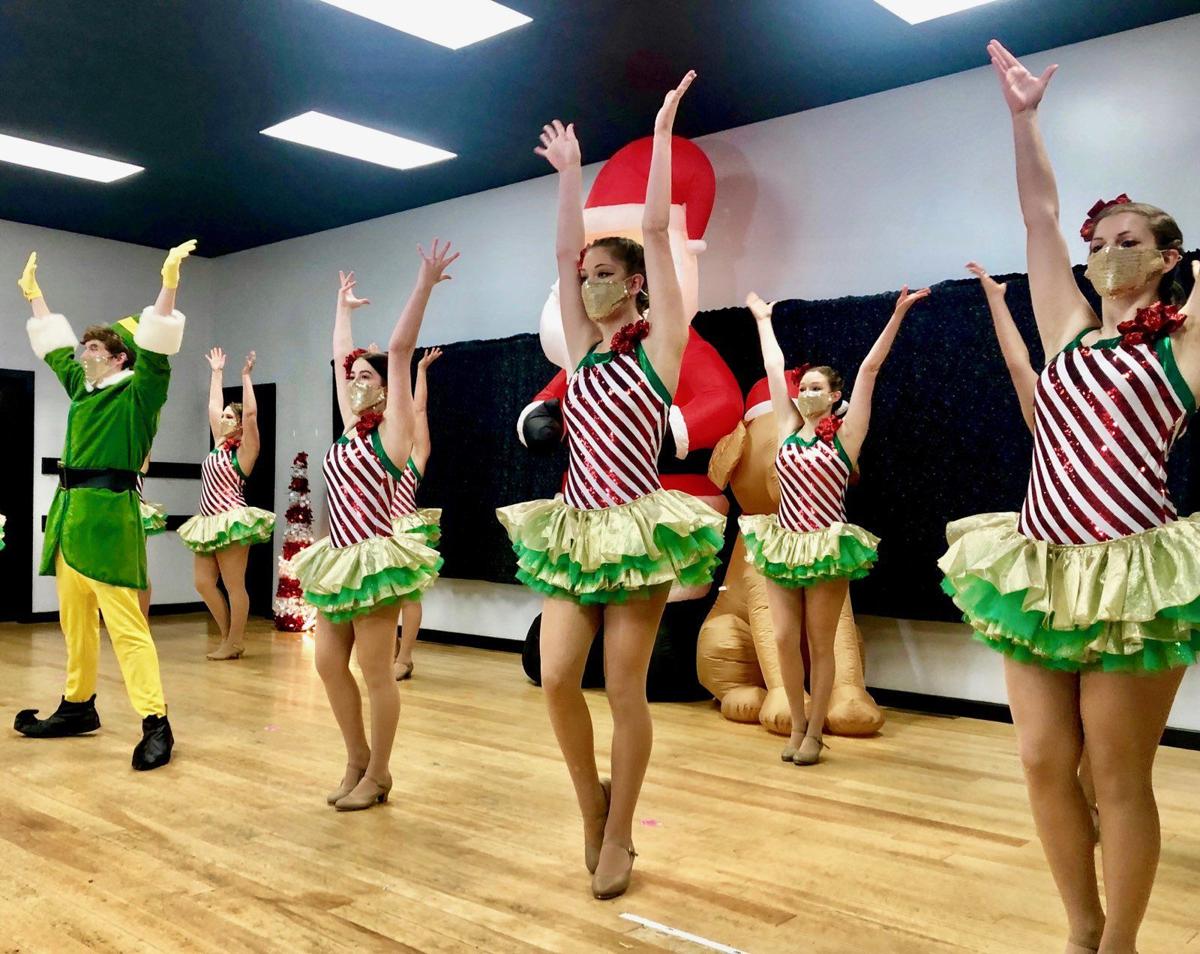 Tap dancers from Rutland’s Miss Jackie’s Studio of Dance rehearse as the Rockettes. 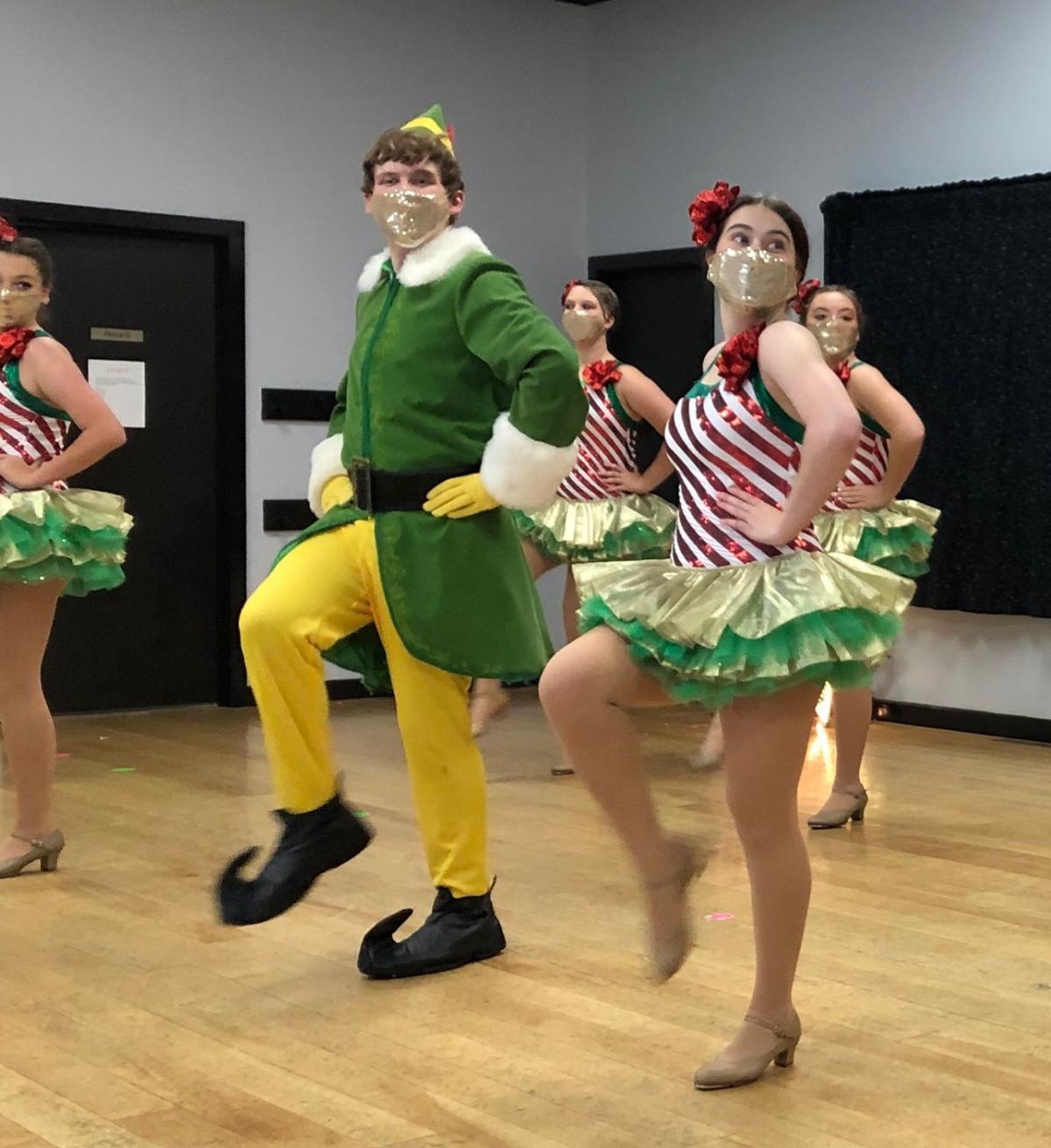 Luke McGee and Cordelia Senecal rehearse as Buddy and Jovie.

Tap dancers from Rutland’s Miss Jackie’s Studio of Dance rehearse as the Rockettes.

Luke McGee and Cordelia Senecal rehearse as Buddy and Jovie.

When a 6-foot-tall elf at the North Pole named Buddy realizes that he’s not actually an elf but a human raised as an elf, the result was the 2003 heartwarming comedy “Elf” starring Will Ferrell. It became a Christmas movie staple. Next week 43 young local actors are bringing the story to life in “Elf The Musical Jr.!” streaming the day after Thanksgiving, 7 p.m. Friday, Nov. 27.

“Elf The Musical Jr.!” is based upon the New Line Cinema film written by David Berenbaum. The book is by Thomas Meehan and Bob Martin, music by Matthew Sklar and lyrics by Chad Beguelin.

To stage the show, Pride’s Young Artists, a Rutland area nonprofit children’s theater company, had to get creative. They decided to record the production in a hybrid of Zoom video call-ins, and in-person scenes following COVID-19 safety precautions. It was then edited to give it the feeling of a theatrical experience.

“If the show is to go on, we must be willing to forge a new path.” McGee said in a news release. “This production is a true community event and showcases the talents of Pride’s artists (ages 7-22), tap dancers from Rutland’s Miss Jackie’s Studio of Dance as the high-kicking Rockettes, Jacob Patorti as a very special guest vocal director, and the video skills of Castleton University student Luke McGee.”

Because restrictions had loosened during the time of the show’s production, rehearsals were mostly in-person with strict enforcement of social distancing and COVID-19 precautions, including masks. The few actors who participated through Zoom were then edited into the show.

“It’s a hybrid model,” McGee said. “It’s filmed to try to maintain the idea that you’re watching it from a seat in a theater, where you try to keep that fourth wall, And it shows in the performances how much (the kids) have adapted to this new normal of the pandemic.”

“Our biggest surprise was the government mandate coming down,” McGee said. “We pivoted and everything was filmed before the 10 p.m. deadline on Saturday. Filming outside gave us a lot more flexibility, where we could (do it) and where it made sense for the story.”

If you know the film version, the costumes in this production have a striking similarity through the ingenuity of building around existing pieces, repurposing found pieces and in some cases they were ordered.

“This is a whole new way of doing theater where everything has to be safe,” McGee said, “so the actors pulled together a lot of their own clothes for the city scenes.”

Rehearsals were limited to no more than a group of 10 to 12, meeting only twice a week, following all the protocols, and casting was done similarly, some by phone and Zoom.

“You had to be very prepared,” McGee said. “There’s no down time at rehearsals — monologues and prepared songs, whether it was on Zoom or in person.”

But the thing she stressed was the importance of community, and its vital role in this endeavor.

“It might look different, but what we got out of it was so much. I think we created a real family network of people.”

Pride's Young Artists presents “Elf The Musical, Jr.!” based upon the New Line Cinema film, will be streamed in high definition at 7 p.m. Friday, Nov. 27, the day after Thanksgiving, Tickets are $25; go online to www.showtix4u.com/event-details/41646 For more information about Pride's Young Artists, visit www.pridesyoungartists.com or on Facebook at www.facebook.com/pridesyoungartists/