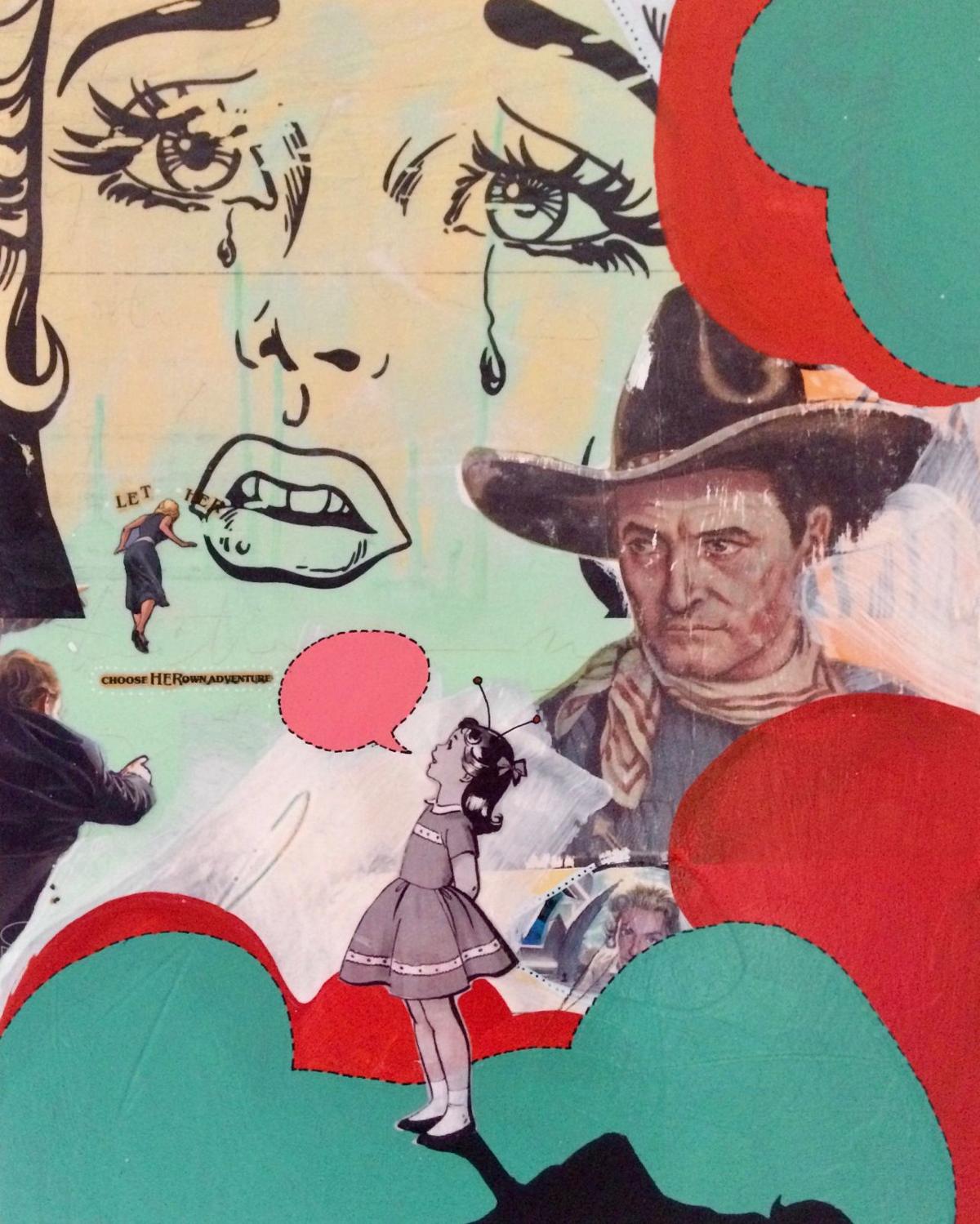 Jason Galligan-Baldwin: “Let Her Choose Her Own Adventure” (2017), acrylic, screenprint, collage and graphite on panel. 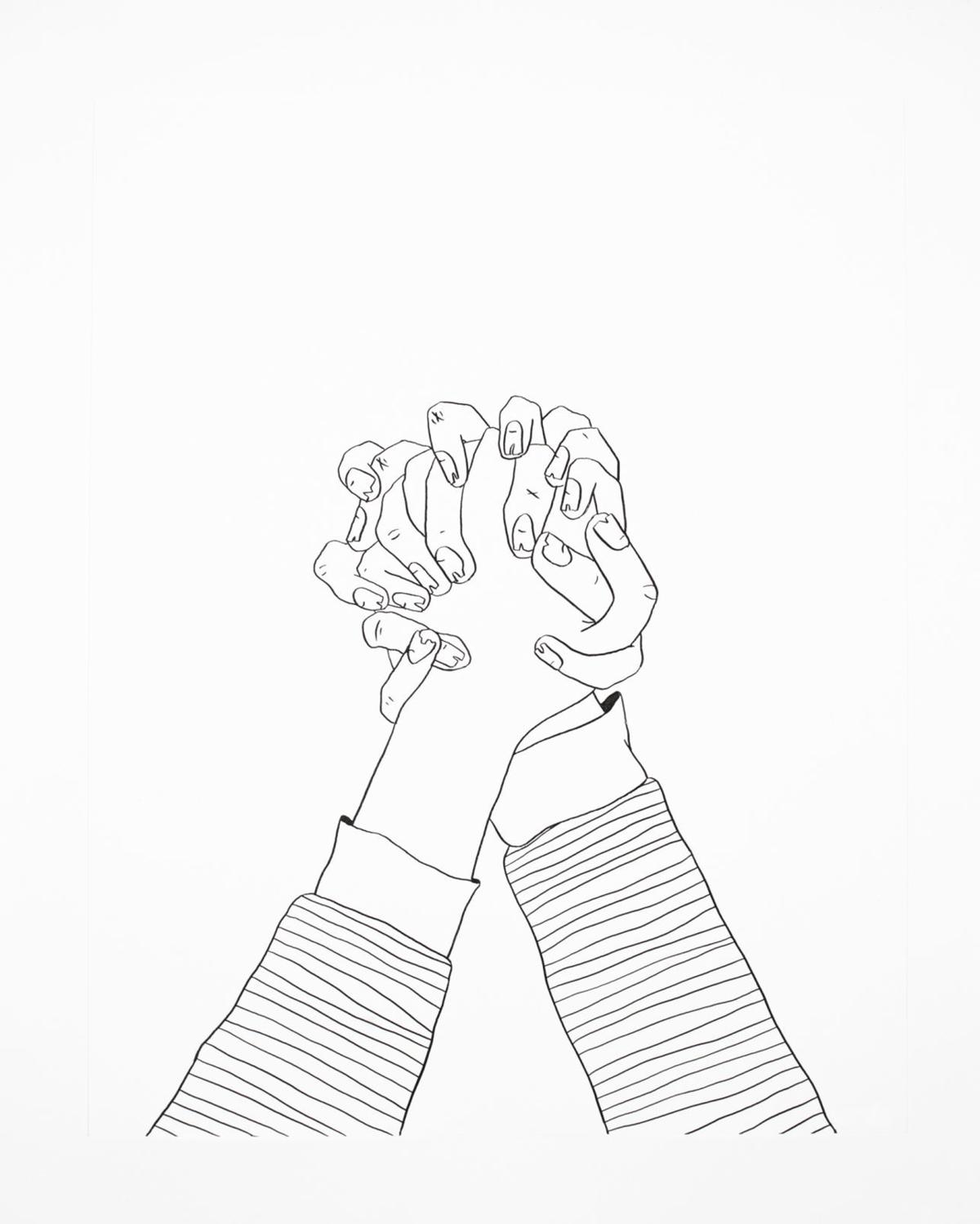 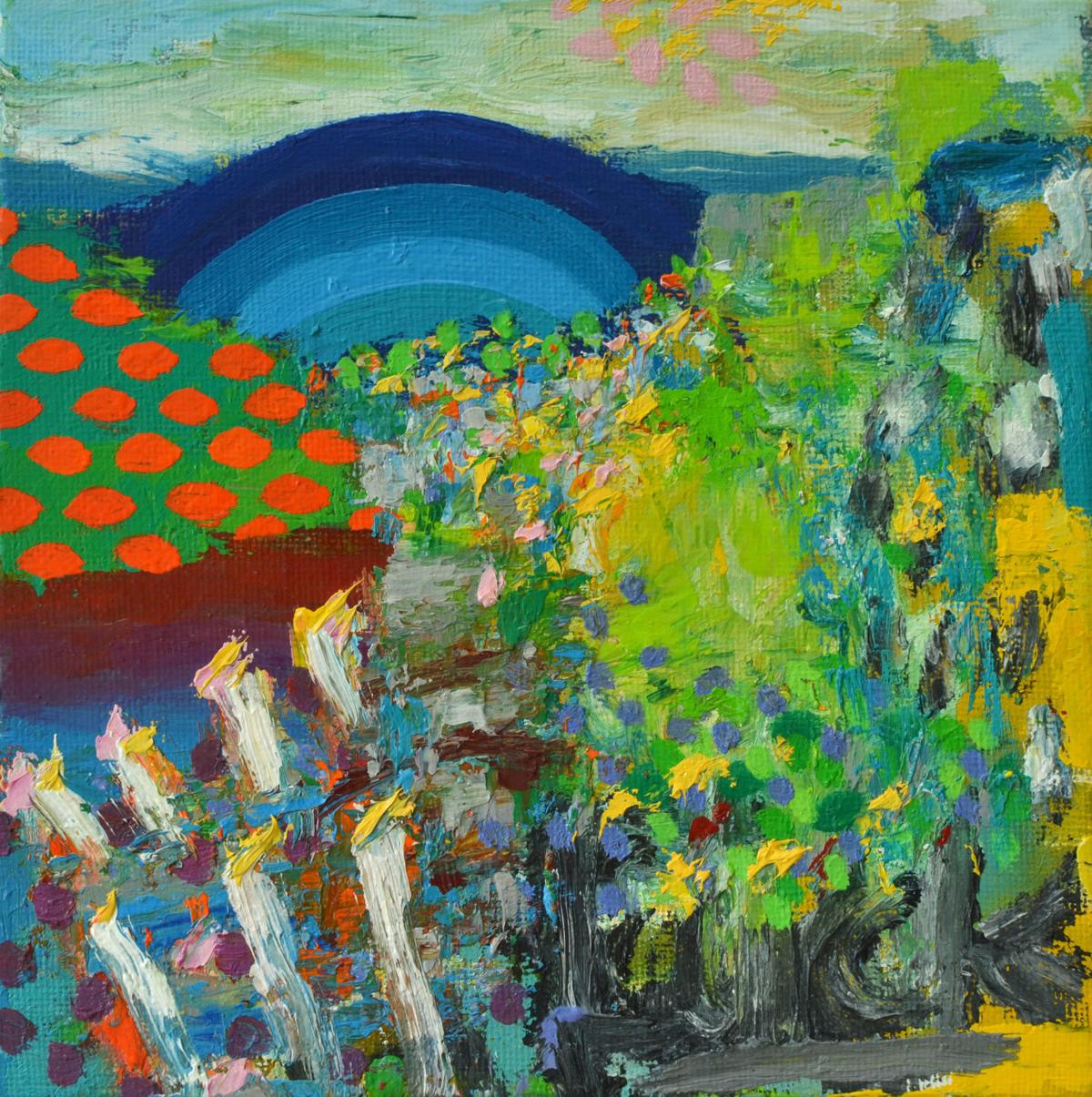 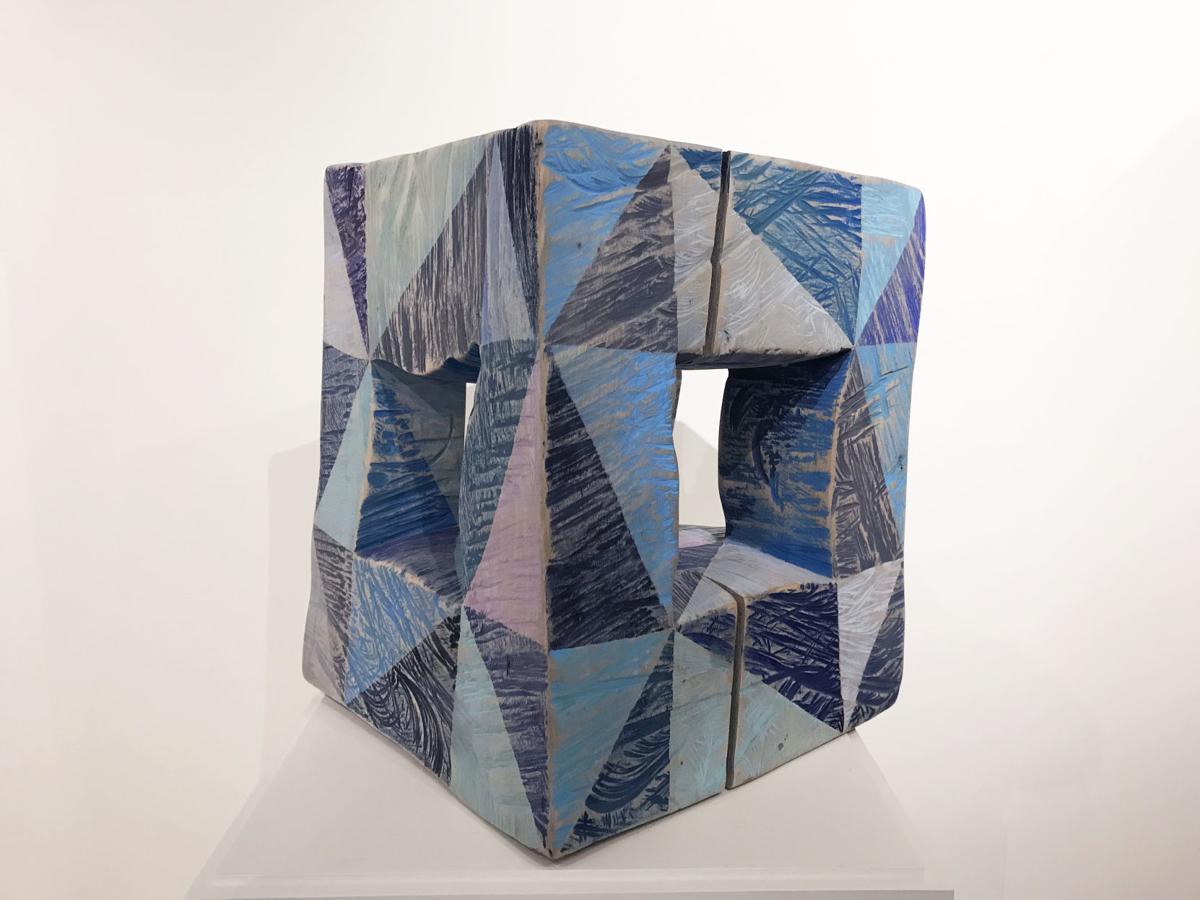 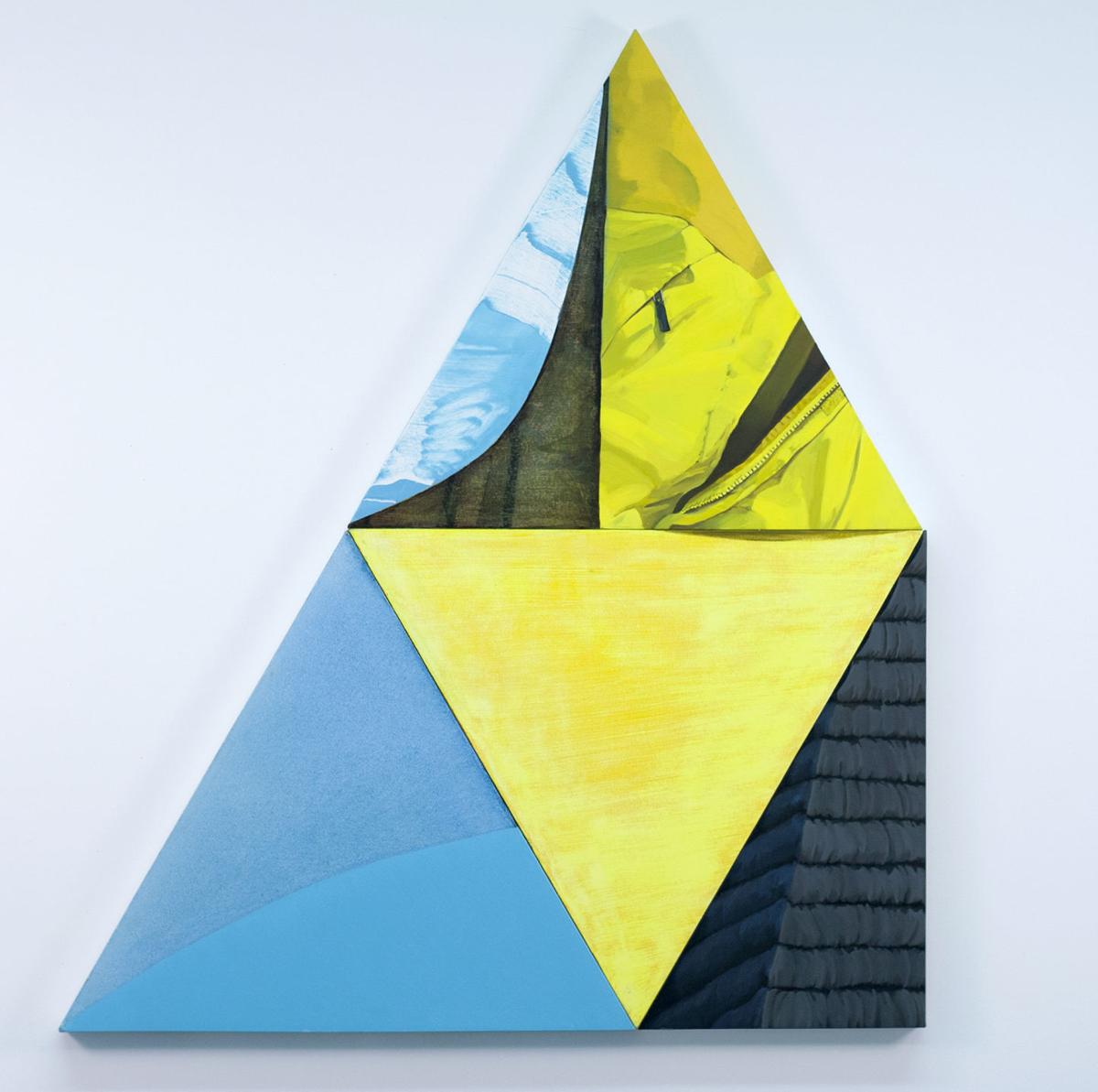 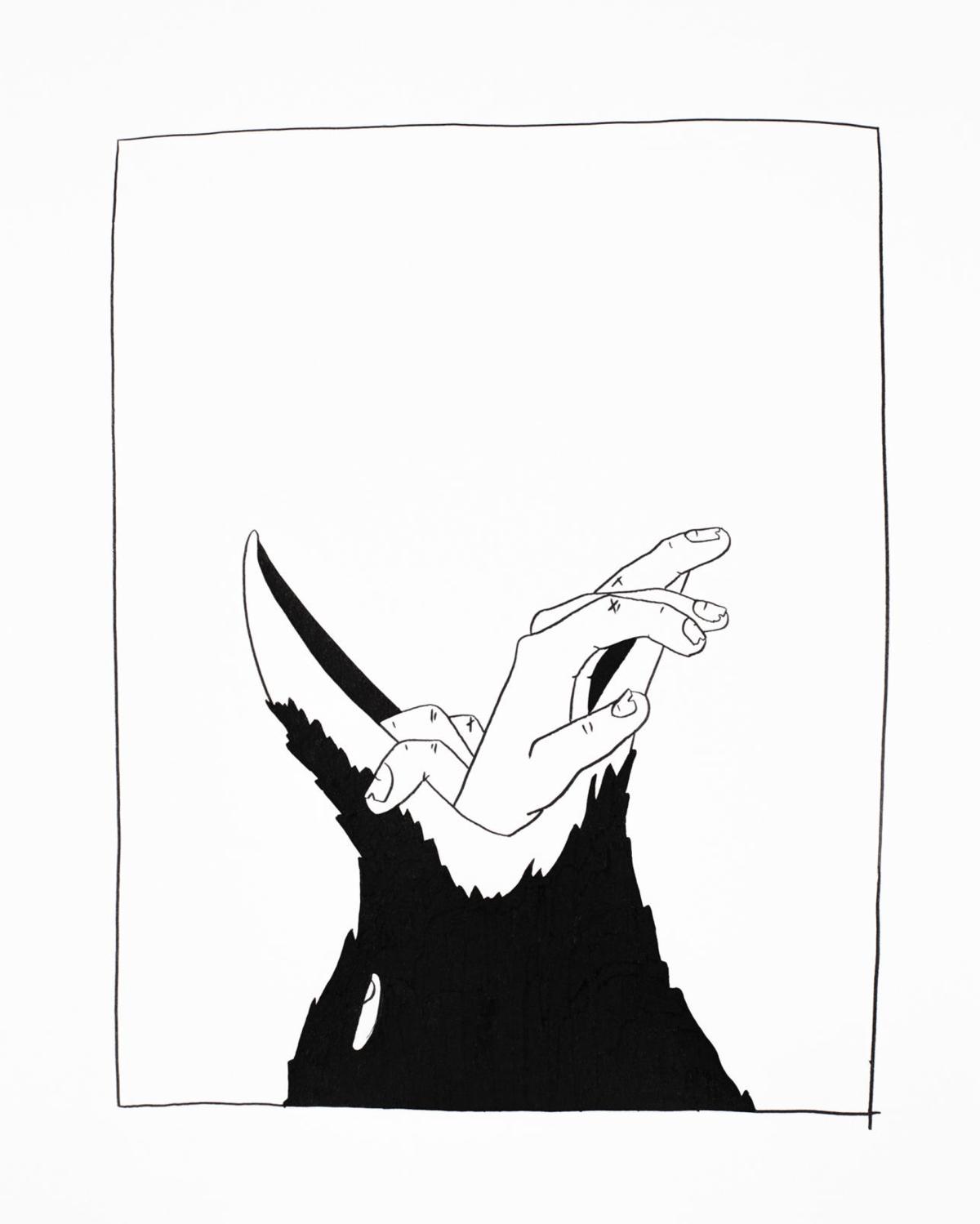 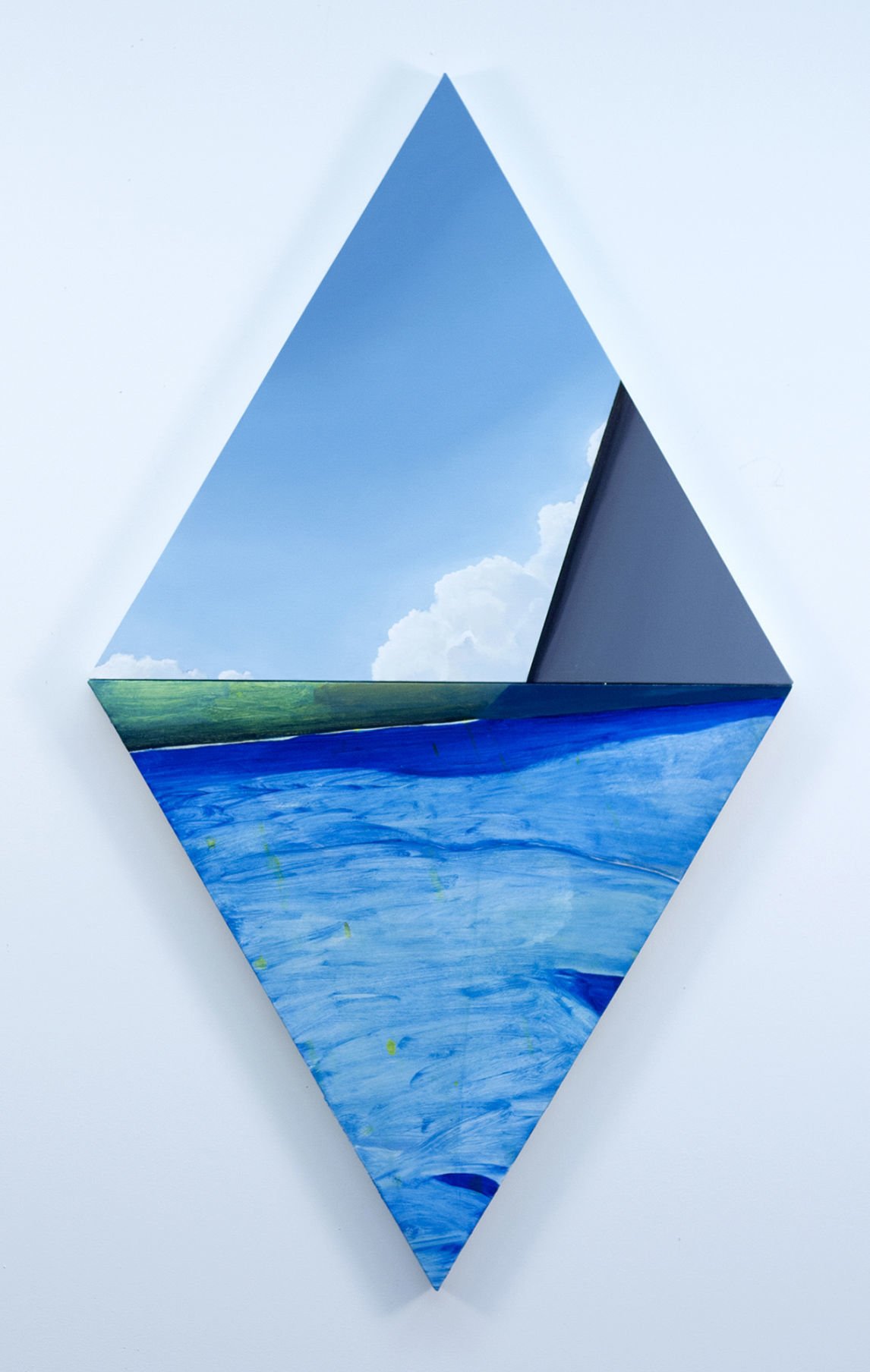 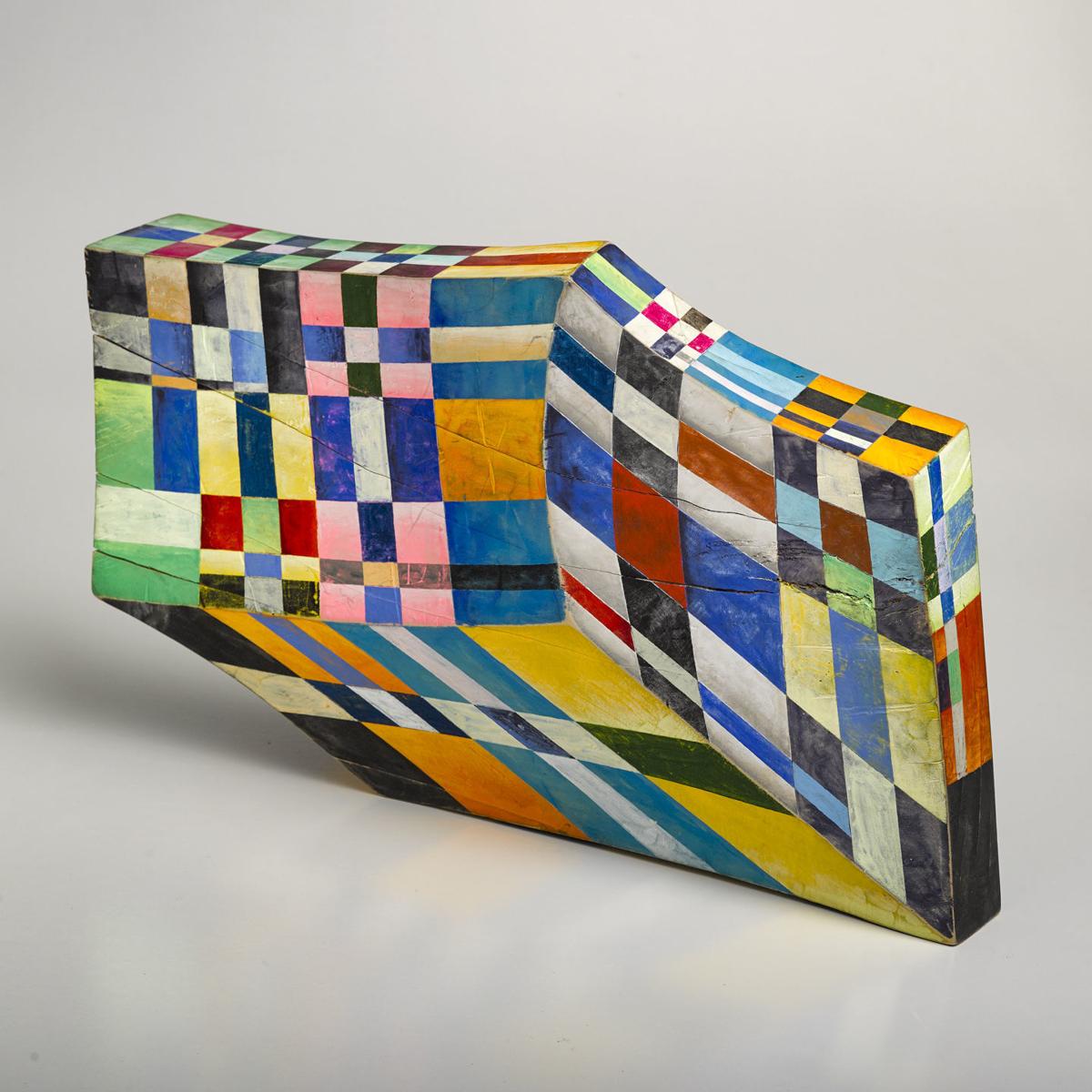 Jason Galligan-Baldwin: “Let Her Choose Her Own Adventure” (2017), acrylic, screenprint, collage and graphite on panel.

The Hall Art Foundation is yet another hidden gem tucked into Vermont’s green hills. Founded in 2007 by Andrew and Christine Hall on the site of an old dairy barn in Reading, the foundation makes available postwar and contemporary artworks from the Halls’ collection as well as that of the foundation. The extensive grounds are a perfect setting for sculpture in landscape, and the multiple buildings host a variety of temporary exhibits.

“Made in Vermont,” one of the current exhibits, features an idiosyncratic mix of individuals who are making art that differs significantly from the landscape tradition that is often associated with Vermont. Jason Galligan-Baldwin’s multi-media work features real and imagined characters from his childhood, often with a contemporary twist.

The collages intersperse images, screenprints, and acrylic painting with pithy text, as in “Let Her Choose Her Own Adventure,” where a ‘50s young girl seems to be looking at disparate images of a future that may await her. She has a central role in the collage, and despite the stern overbearing look of a John Wayne-like figure, and several others who seem to be warning her about potential dangers, she is full of confidence and looks brightly into her own future.

Sarah Letteney is another artist who uses graphic techniques in her work. Her work centers on skillful line drawings in black and white that feature hands, crows and figures in mysterious relationships to each other. In one quirky piece, hands are emerging from the mouth of a crow. In the next, the hand is feeding an eyeball into the mouths of three baby crows. The pieces clearly have a psychological component and express the artist’s deeply felt experiences.

“One hundred and forty-four” is a drawing of two hands reaching upwards, clasping each other, with intertwined fingers. The 18 fingers exude tension and it’s impossible not to identify with the emotion expressed. In “Six hundred and three, 2019,” a figure is running out of the picture plane, bringing up the question of whether it’s the artist or the viewer who might have had enough. As a frequent contributor to The New Yorker, Letteney’s style is condensed, sometimes comical, and always observant of human nature.

The six landscape paintings of Arista Alanis seem to be a series of “aha!” moments. Their small, square format actually enhances the power of the pieces. Framed in recessed boxes, the raw, gestural paintings look like scenes that a hiker or driver in Vermont might notice if they suddenly look up and are captured by the way the light looks coming through the clouds, or a rainbow that suddenly appears between two hills.

“Joy #8, 2018” is actually a painting that features a blue rainbow rising out of a highly textured and colored landscape. Alanis’ approach to painting is very impressionistic, and it is quite amazing to witness her bold use of riotous color in such compressed spaces. Each of her paintings has a magnetic pull and brings to mind the Joycean term “epiphany,” which means a singular momentous experience that changes the perception of the everyday.

In contrast, Clark Derbes’ sculptures, carved from hardwood trunks culled from arborists, have a sense of reserve about them. The forms are geometric and textured by the marks of the chainsaw that is used to carve them. “Quilting Bee,” carved from sugar maple, displays the graphic history of its making in the gouged surface, which has been carefully sanded smooth to preserve the underlying marks. It is covered with a quilted pattern painted in varying shades of blue. There are “windows” in the piece that provide a view into the interior, with its curved walls, also textured and colored. The play between inner and outer space presents a world of views and associations.

In “Trapper, Keeper,” Derbes again carves a geometric form with openings that are like a series of frames that allow many ways to enter the core of empty space. With its monochromatic white overlay, it brings to mind Robert Ryman’s white paintings, which derive their power from their basic underlying simplicity. Several other pieces feature solid, geometric forms, all painted with sophisticated patterns of color defining the movement from one plane to another, as the viewer is led to explore the sculpture.

Steve Budington’s shaped canvas, “Partial Map with Cloud,” is like a fresh day on Lake Champlain. The lower half of the diamond-shaped canvas is painted with the varying shades of blue that characterize the surface of water on a summer day in Vermont. The top half of the diamond seems to reach into infinite space with bucolic clouds and expanse of sky. “Partial Map with Rain Jacket” juxtaposes a realistic painting of a yellow slicker with the abstract geometry of the shaped canvas. Many of the joined triangles of the painting are pure color, and it is almost easy to miss the careful painting of a black quilted jacket in the lower right-hand triangle.

Budington’s use of triangles is a response to Buckminster Fuller’s Dymaxion Air-Ocean World Map, and presents imagery that has been fragmented and recombined, reflecting the current forms of mapping, like GPS and data archives that offer only selective windows of information for specific, limited uses as opposed to traditional forms of mapping that sought to present overviews of entire systems.

“Made in Vermont” presents the unique views of five artists who live and work in Vermont. Their diversity is symbolic of the variety of individuals who are drawn to Vermont’s independent nature. NPR’s “Brave Little State” recently featured a series on writers and artists that questioned what brings so many creative people to Vermont. One comment was, “No one will tell you what to do!” Clearly this exhibit is really an eye into artists who are drawn to work here in their own distinctive way.

It’s worth a trip to the Hall Foundation in Reading to experience their particular visions, and you might also enjoy discovering a 20-foot orchid sculpture by British sculptor Marc Quinn, or an enchanting mechanical waterfall by Danish sculptor Olafur Eliasson. The Hall Foundation is one of the newest additions to Vermont’s varied cultural offerings, and a welcome one indeed!

The Hall Art Foundation presents “Made in Vermont,” a group exhibition of new and recently completed work by Vermont artists Arista Alanis, Steve Budington, Clark Derbes, Jason Galligan-Baldwin and Sarah Letteney, through Dec. 31, at 544 Vermont Route 106 in Reading. Appointments are available 11 a.m. and 2 p.m. Saturday and Sunday, $10; first Friday of every month, 5 to 8 p.m., free without a guide; call 802-952-1056, or go online to www.hallartfoundation.org.