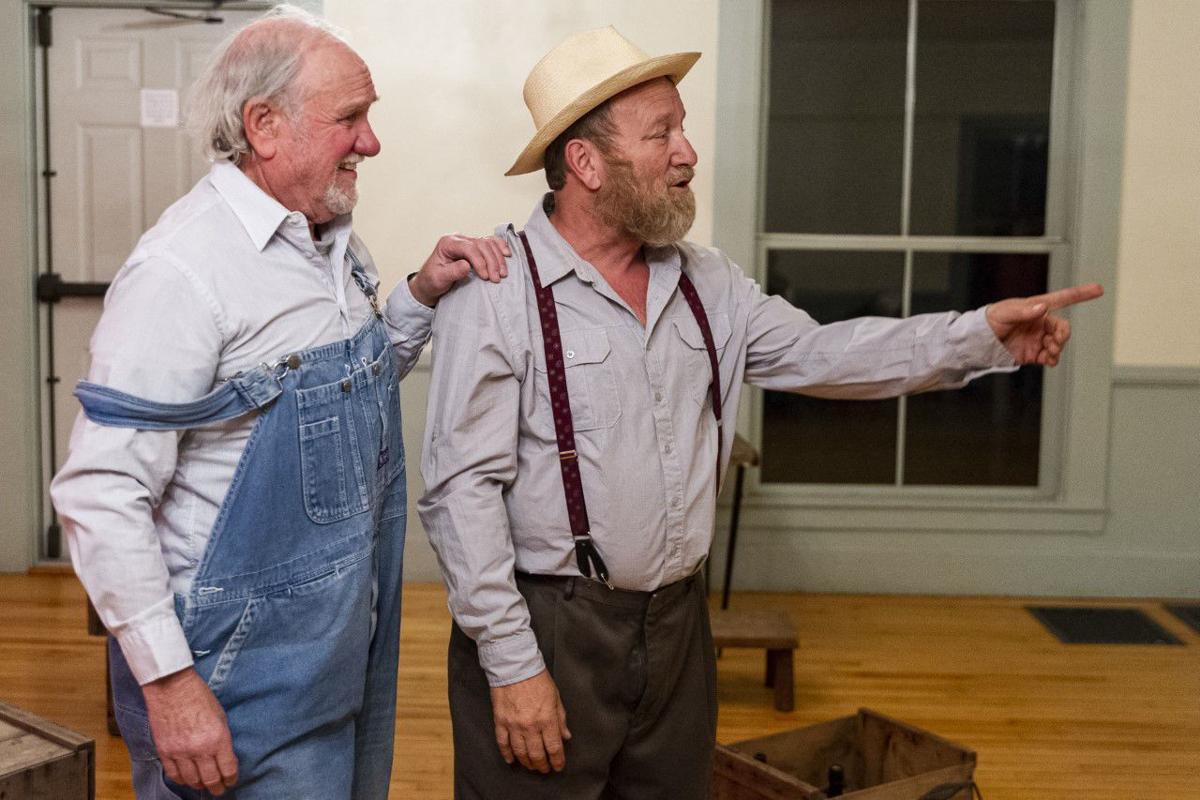 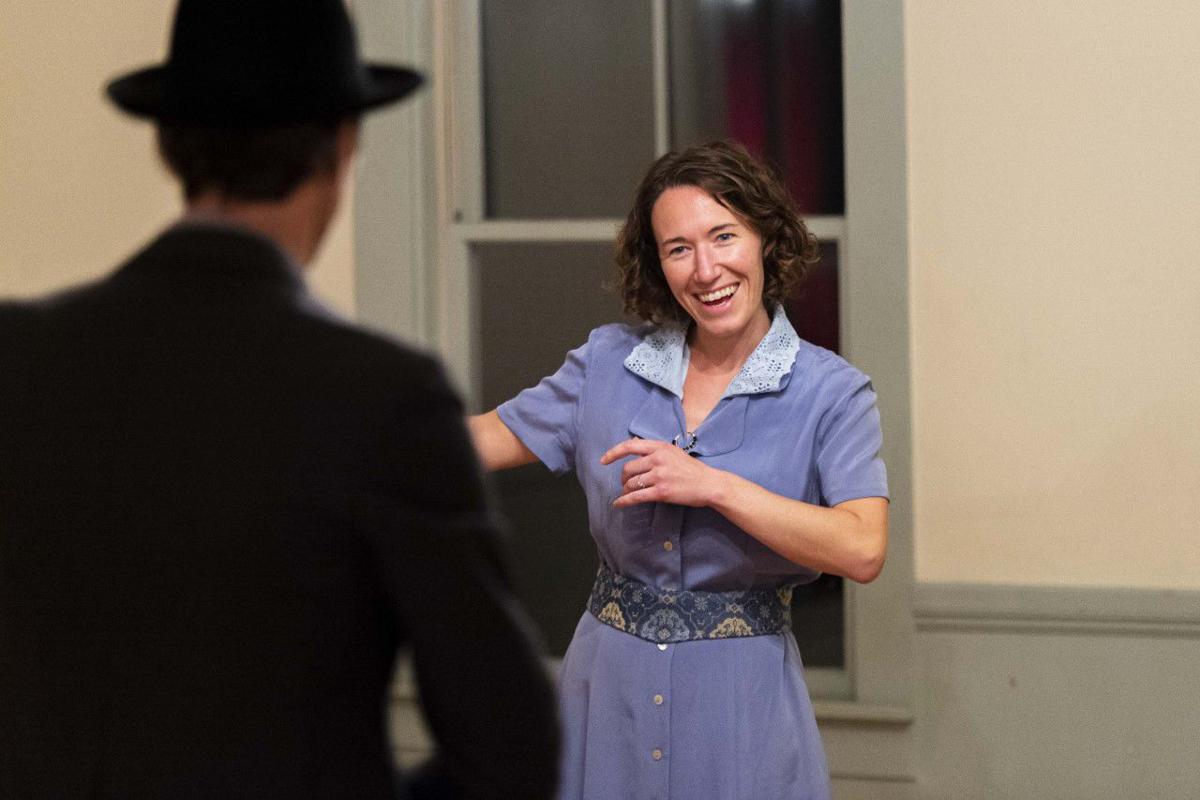 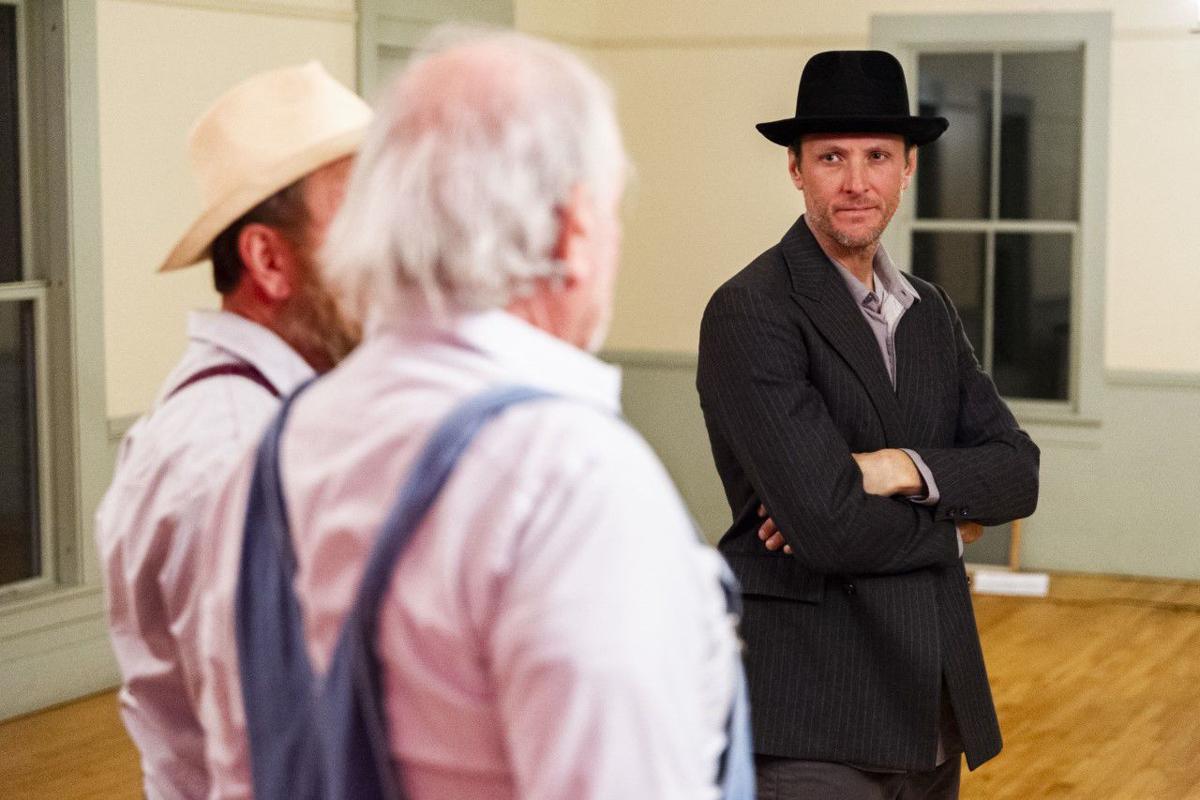 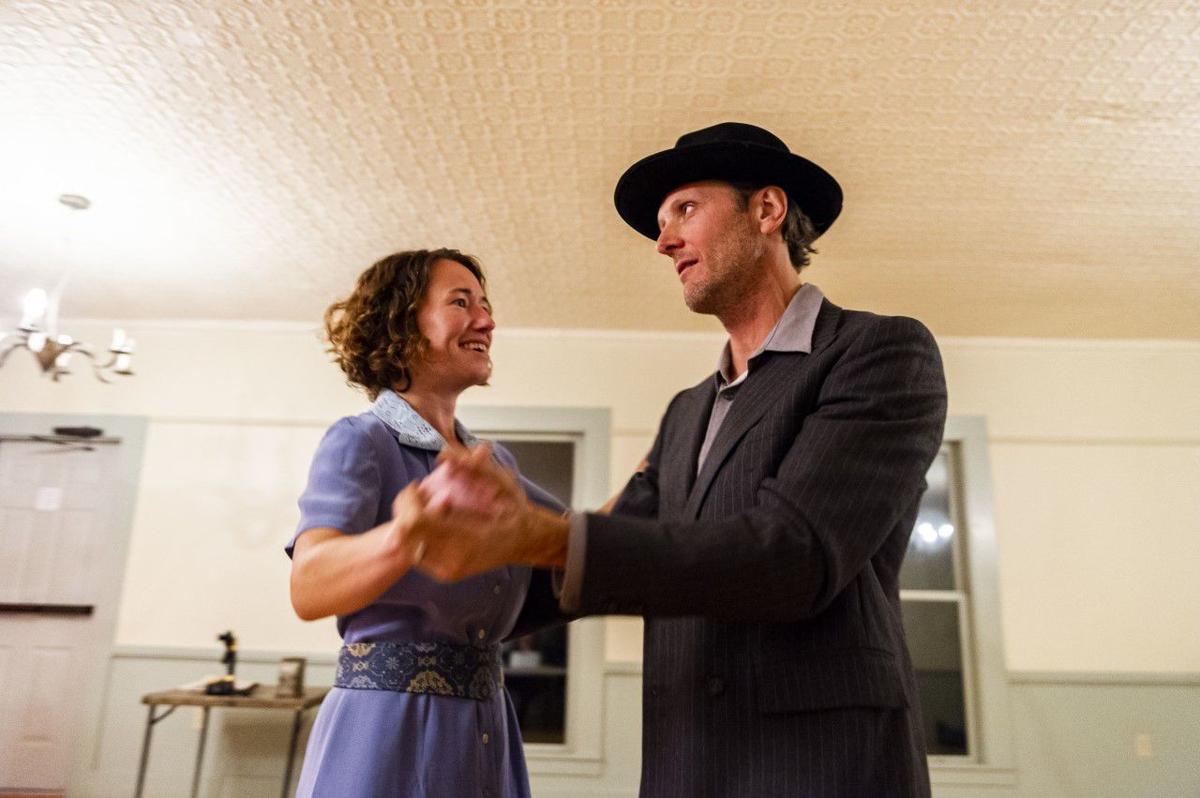 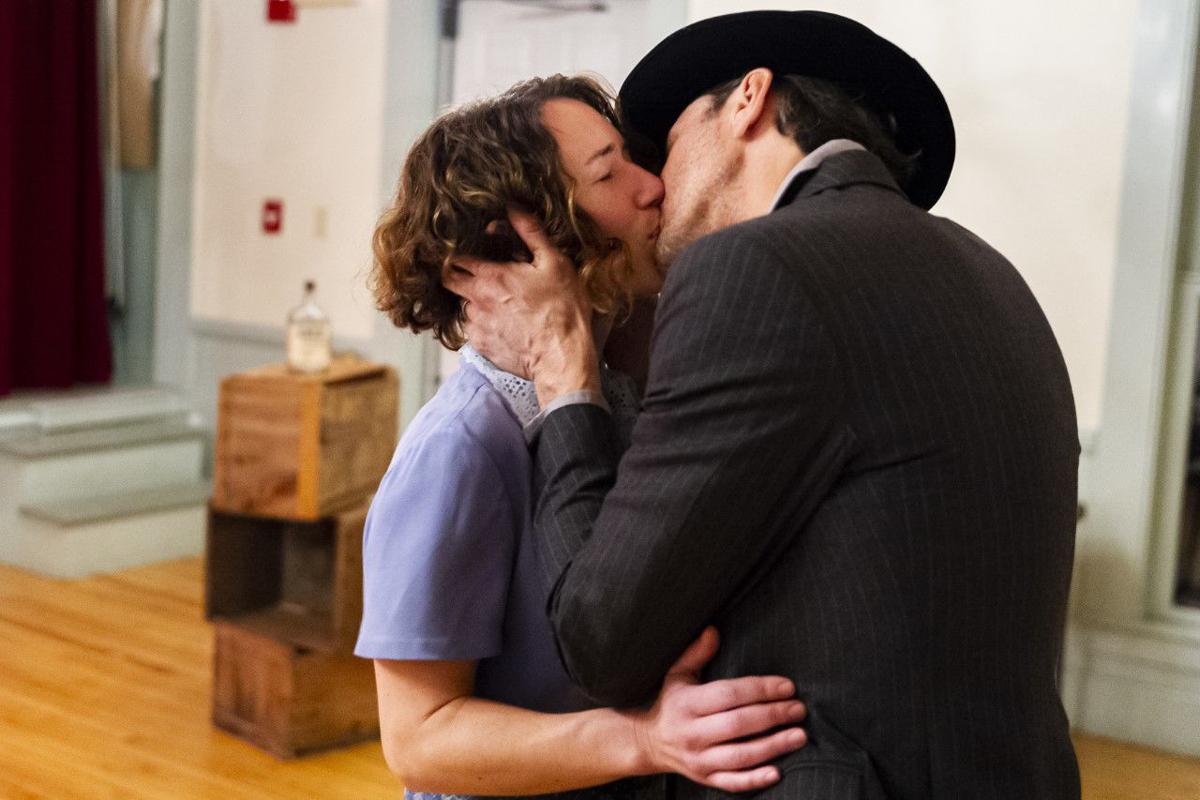 “Gentlemen, gentlemen, I’m afraid I’m not making myself clear. You see, I have run my car into the ditch while taking a tour of one of your beautiful roads hereabouts, and I require some assistance as my automobile has suffered some damage and is stuck firmly in the mud. Do you know where I could find someone to tow my car and fix it?” asks Winston Thomas.

The slick Bostonian’s business on Vermont back roads in 1931 is perhaps not truly for the bucolic landscape. With his Packard derailed, he is seeking assistance at Carlton Peas’ farm.

Carlton’s hired hand sets Winston straight about the help he really needs, “If you got yer rig mired, mister, you’d be better off with a stout pair o’ ponies,” a practical solution incomprehensible to Winston without translation.

For the next two weekends, Winston, Carlton, bootleggers, revenuers, city and country folk are on stage at the Haybarn Theatre at Goddard College, as Plainfield Little Theatre presents the premiere production of J.C. Myers’ debut play, “Moonshine in Vermont.” Directed by Tom Blachly, the play mixes comedy, romance and drama, and features a community theater cast of twelve.

“It’s fun, funny, clever, and I think it’s really well-written. It’s a crime caper, I’d say, and owes a bit to the crime genre of the 1930s Jimmy Cagney films,” said Blachly, also noting its kinship with “screwball romances” of that era.

“It has lots of twists and turns, a lot of dry humor, and a lot of repartee,” said Blachly.

“Moonshine in Vermont” is Myers’ first play and comes on the heels of his debut novel, “Junkyard at No Town,” published earlier this year. The play and novel are descendants of work he started more than three decades ago.

Myers penned the beginnings of “Moonshine” in 1987. Then 27 years old, he was working at the Palmer Research Center in Antarctica. In his free time, he wrote. His play drew on a paper he had written in college about prohibition and bootlegging in Vermont, a subject ripe with parallels to cannabis laws and trade.

“I’ve been inspired to write for a long time but didn’t have the time to write,” Myers explained, “but about five years ago I started mining pieces I’d written a long time ago.”

The finished work, Myers noted, brings together, “the inspiration of being young tempered by the experience and longer view of being older.”

Set in 1931, Myers’ play unfolds as prohibition is at its peak. Some denizens of his fictional small Vermont town have seized the opportunities of the bootleg whiskey trade, a trade made profitable with a whiskey runner who gets the goods to Boston. True to the times, federal agents are out to thwart the enterprise.

When Winston’s Packard runs off the road, his planned pickup is disrupted. He finds himself dealing with farmer Carleton Peas and makes the acquaintance of Phoebe, the idealistic Wellesley-educated school teacher boarding at the farm.

In the meantime, a similar automotive mishap has befallen the federal agents who are hot on Winston’s heels. As they await repairs to their Packard, they have appropriated Constable Norris Nichols’s dining room as their base of operations — knowing nothing of Norris’s commercial sideline.

Humor, twists and suspense ensue, along with romance and insights into human nature. Among the contrasts between city and country folk, Myers has a deft touch in capturing the language of both sides. Myers’ sensitivity to Vermont language goes back to his childhood, when a distinctive accent and colorful turns of phrase were more widely heard.

“J.C. has a very good ear for Vermont vernacular and has a lot of phrases from that earlier dialect that are very earthy and rich. It’s wonderful how he has absorbed those expressions and put them in the play,” Blachly said.

Myers has been involved in the production — including building the set and acting in one of the supporting roles.

“This has been an amazing experience. It is really thrilling to see the words come to life on stage. It’s exciting to write the dialogue and see someone pick that up and make it their own character,” said Myers.