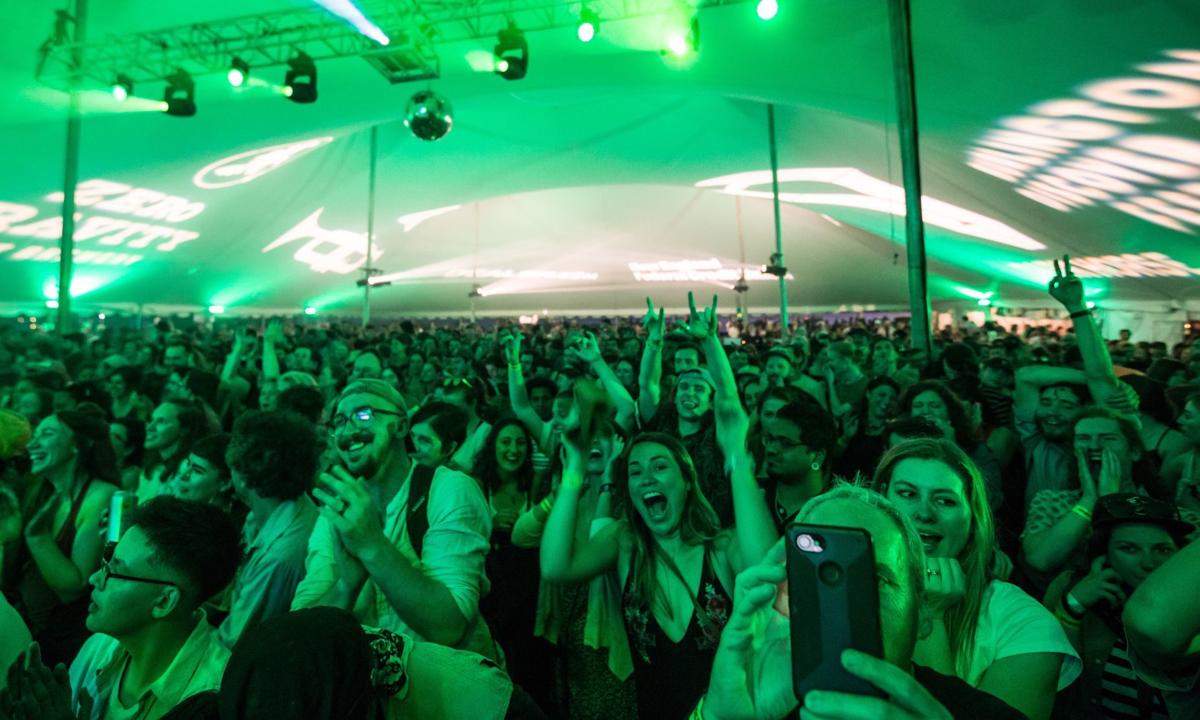 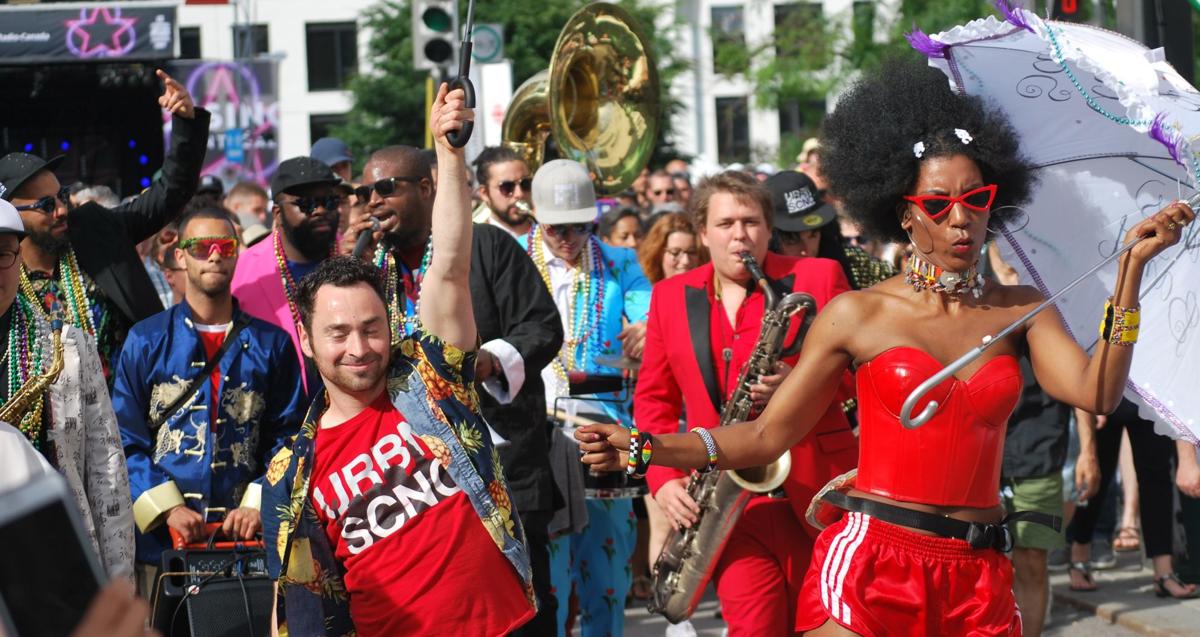 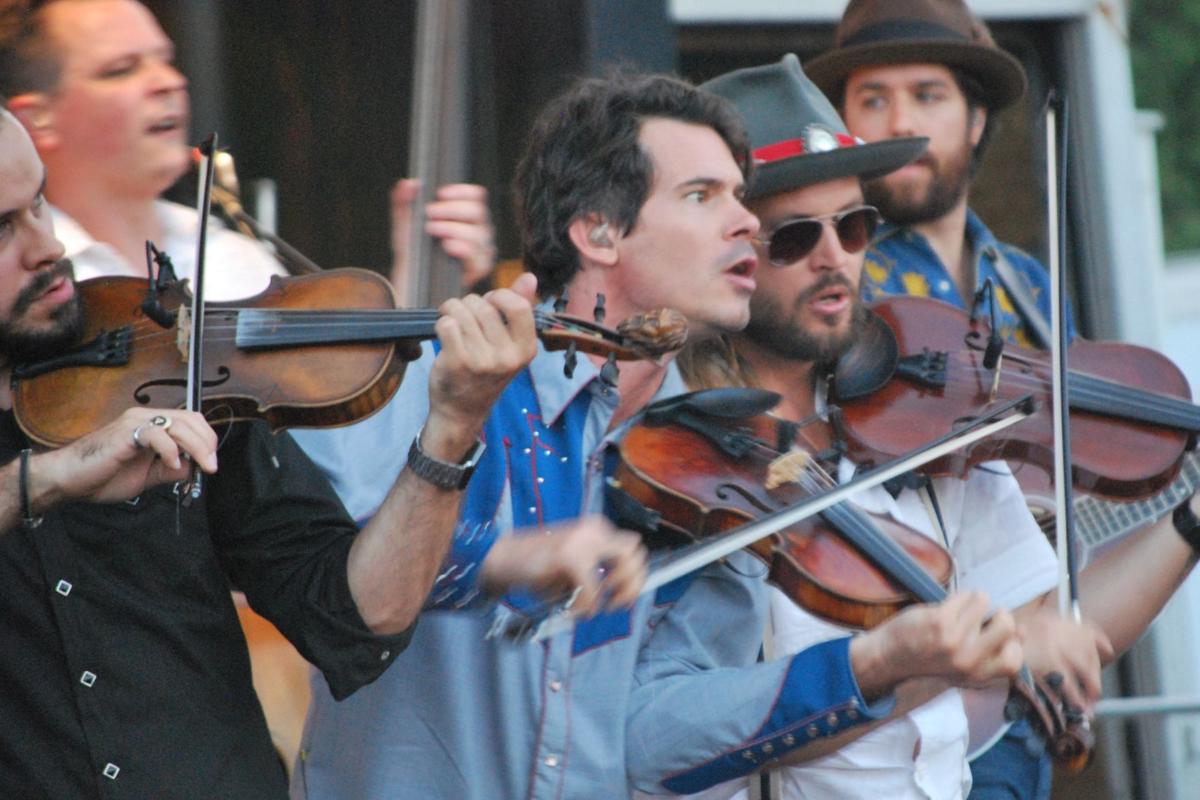 Celebrated Nashville roots band Old Crow Medicine Show performs at Shelburne Museum in 2018. Old Crow is scheduled to return to Shelburne Museum on July 9, as part of the Ben and Jerry’s Concerts on the Green Series.

Celebrated Nashville roots band Old Crow Medicine Show performs at Shelburne Museum in 2018. Old Crow is scheduled to return to Shelburne Museum on July 9, as part of the Ben and Jerry’s Concerts on the Green Series.

The COVID-19 pandemic continues to disrupt plans for concerts, music festivals and other cultural events. On Monday, the Burlington Discover Jazz Festival announced that, for the first time in 37 years, the celebrated fest — scheduled to take over Burlington June 5-14 — “will not happen as planned this coming June.”

Higher Ground“We continue to monitor the situation and adjust the schedule as necessary,” said Higher Ground co-owner Alex Crothers on Monday. The state’s largest concert presenter has postponed all shows through May 15 – “and are anticipating most shows through the end of May to follow suit,” Crothers said.

Acclaimed Seattle folk-pop band The Head and the Heart had already canceled its May 24 show with lauded country singer-songwriter Margo Price at Shelburne Museum, the scheduled kickoff for the Ben and Jerry’s Concerts on the Green Series (Higher Ground Presents).

And another Higher Ground Presents concert with standout indie rock band Vampire Weekend is still scheduled for May 28 at Midway Lawn at Champlain Valley Expo in Essex Junction.

“We remain cautiously optimistic that we’ll be able to host some summer concerts,” Crothers said, “but time will tell.”

The May 15 target date extends the stay-at-home stretch, which started in mid-March, to two months. Remarkably, most of these shows are being rescheduled instead of cancelled.

In the meantime, Higher Ground has been hosting a nightly livestream called “Sessions from Beyond the Club.”

“It’s been a fun way to give our marketing megaphone over to local and national artists to reach different audiences, provide a little cohesion, and hopefully bring some joy.”

The Monday news release cited the “unwavering support” of presenting sponsor New England Federal Credit Union, which “ensures the festival can quickly get back to doing what we do best, whether that is later this summer, fall, or perhaps the winter jazz fest that has been on our minds for years.”

“There is a lot of uncertainty around a timeline for the return of large gatherings,” said Lafayette. “When it is safe, we plan to be there to help bring people back to downtown businesses and support local musicians, who saw their income vanish practically overnight.”

People who purchased tickets can return them for a refund. “But, if you can,” said the press release, “we ask that you consider donating the tickets back to the (festival) as a tax-deductible contribution, or transferring the funds to a Flynn gift certificate, which can be used for future events.”

“Over the past four decades … the jazz festival and Francos have become two of Montreal’s flagship summer events,” said Jacques Primeau, general manager of both festivals.

“This decision, which was made with our private partners and the government, was therefore not an easy one, but it had become necessary in order to protect the public, the artists and our employees.”

On April 10, the Quebec government requested the cancellation of all cultural (and sports) events until Aug. 31. Quebec-based Evenko, one of the leading promoters and producers in Canada, announced that all its events — including the 15th edition of Montreal’s Osheaga Music and Arts Festival, scheduled for July 31-Aug. 2 at Parc Jean-Drapeau — “will not be held as planned until Aug. 31.”

Osheaga, one of the premier pop music fests in North America, “is continuing to reflect on the options available to us,” according to its website, and “trying to postpone the festival, if possible.”

This year’s lineup was set to include the likes of Foo Fighters, Lizzo, Kendrick Lamar, Leon Bridges, Bon Iver, Burna Boy and Brittany Howard, among many others.