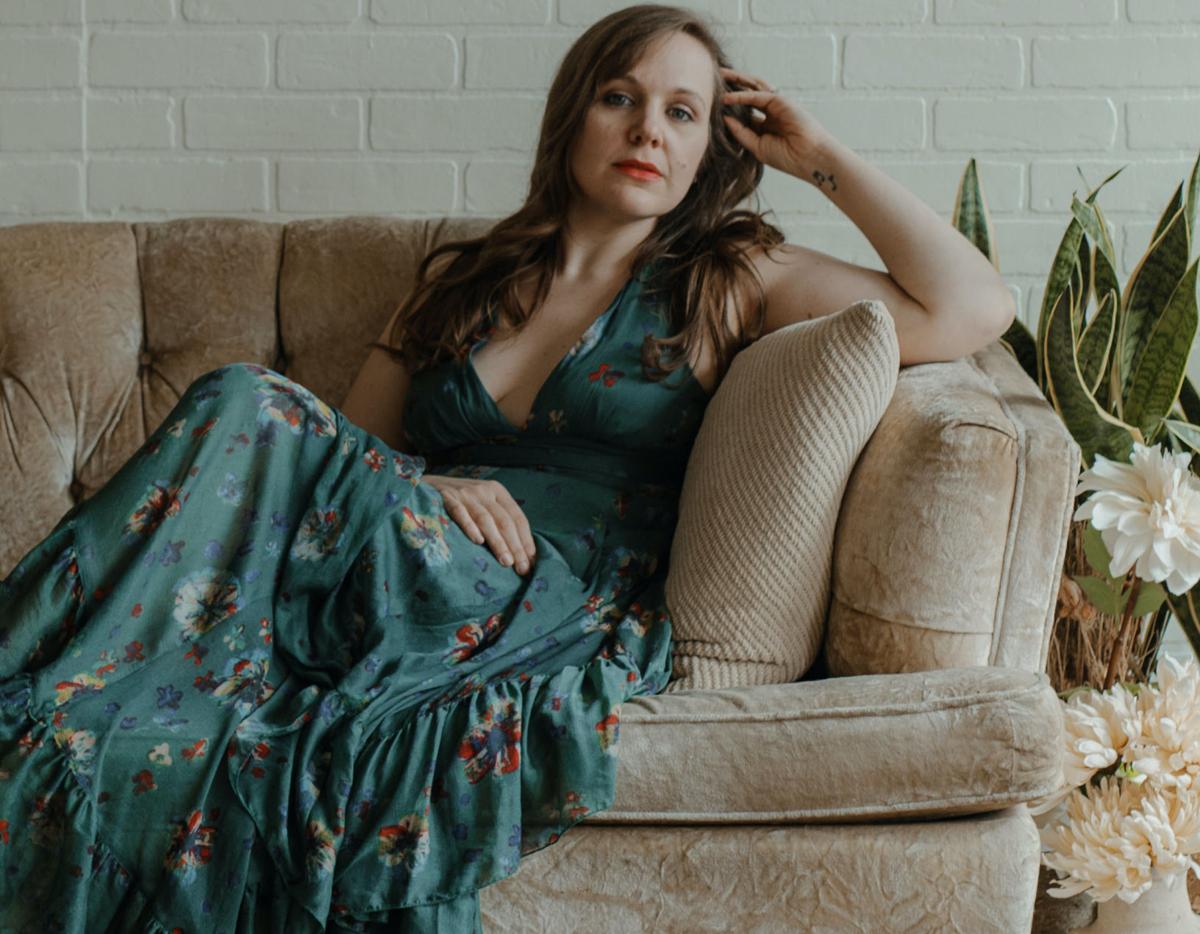 Ripton-based singer-songwriter Sarah King has a new EP, “The Hour,” her first release as a solo artist. 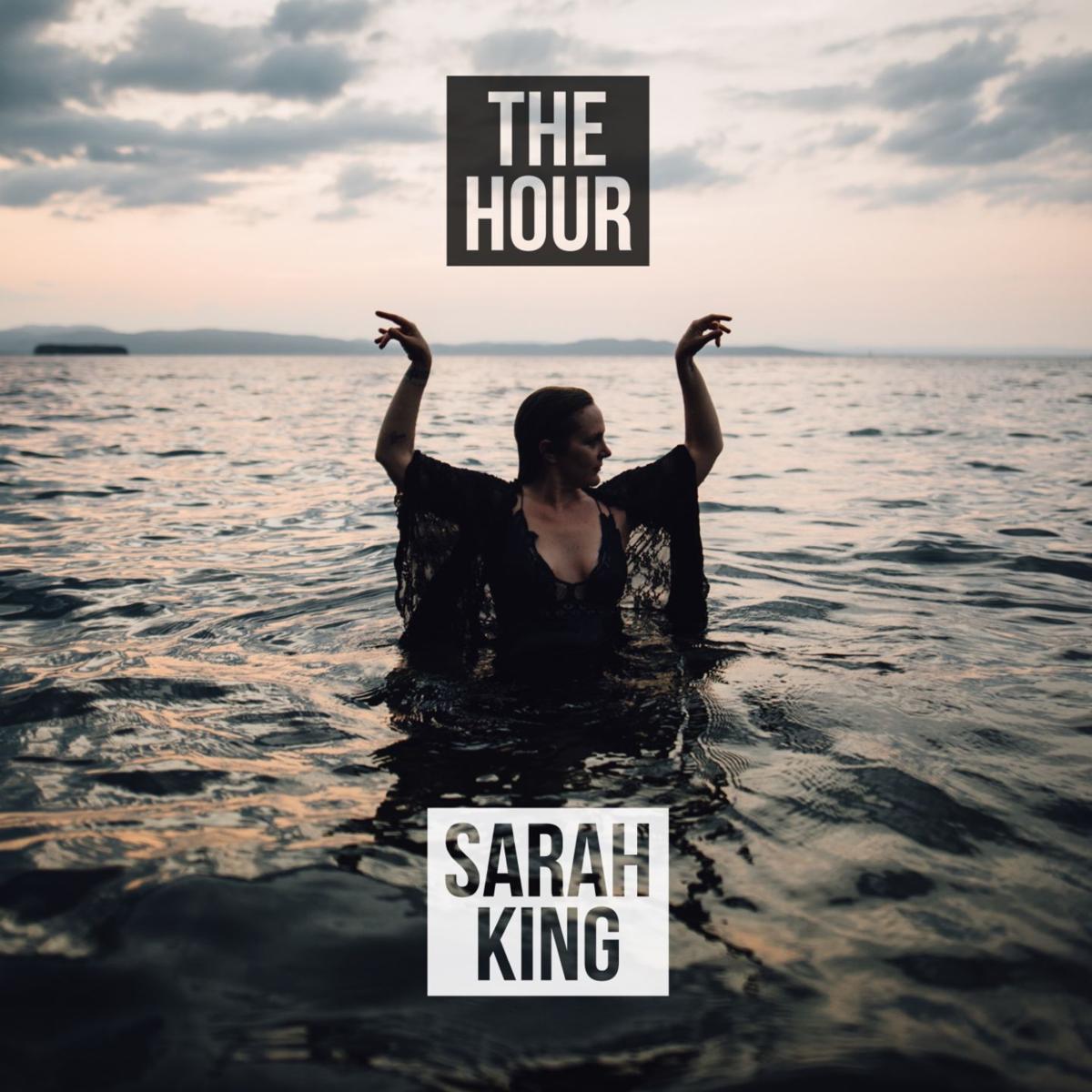 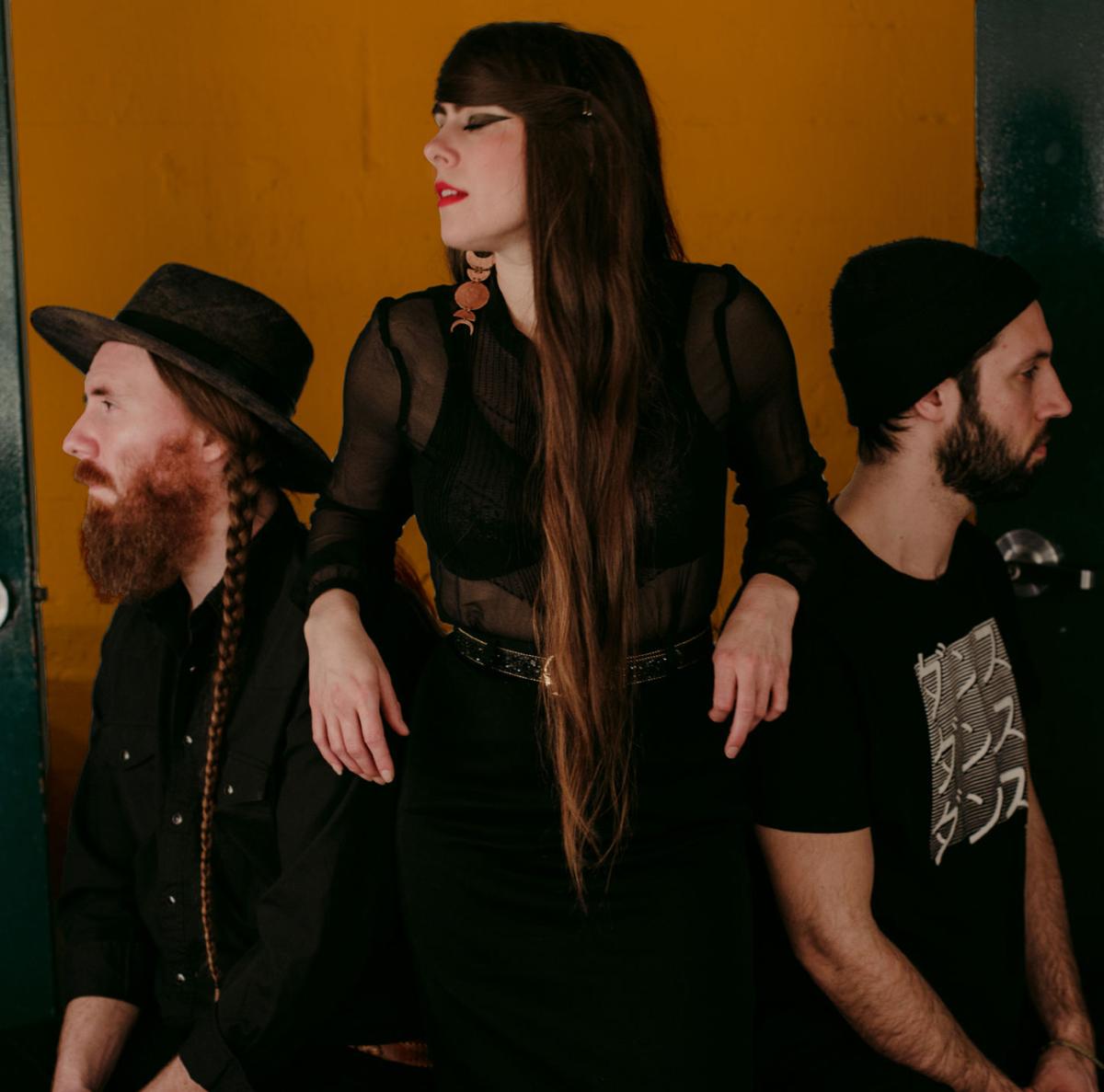 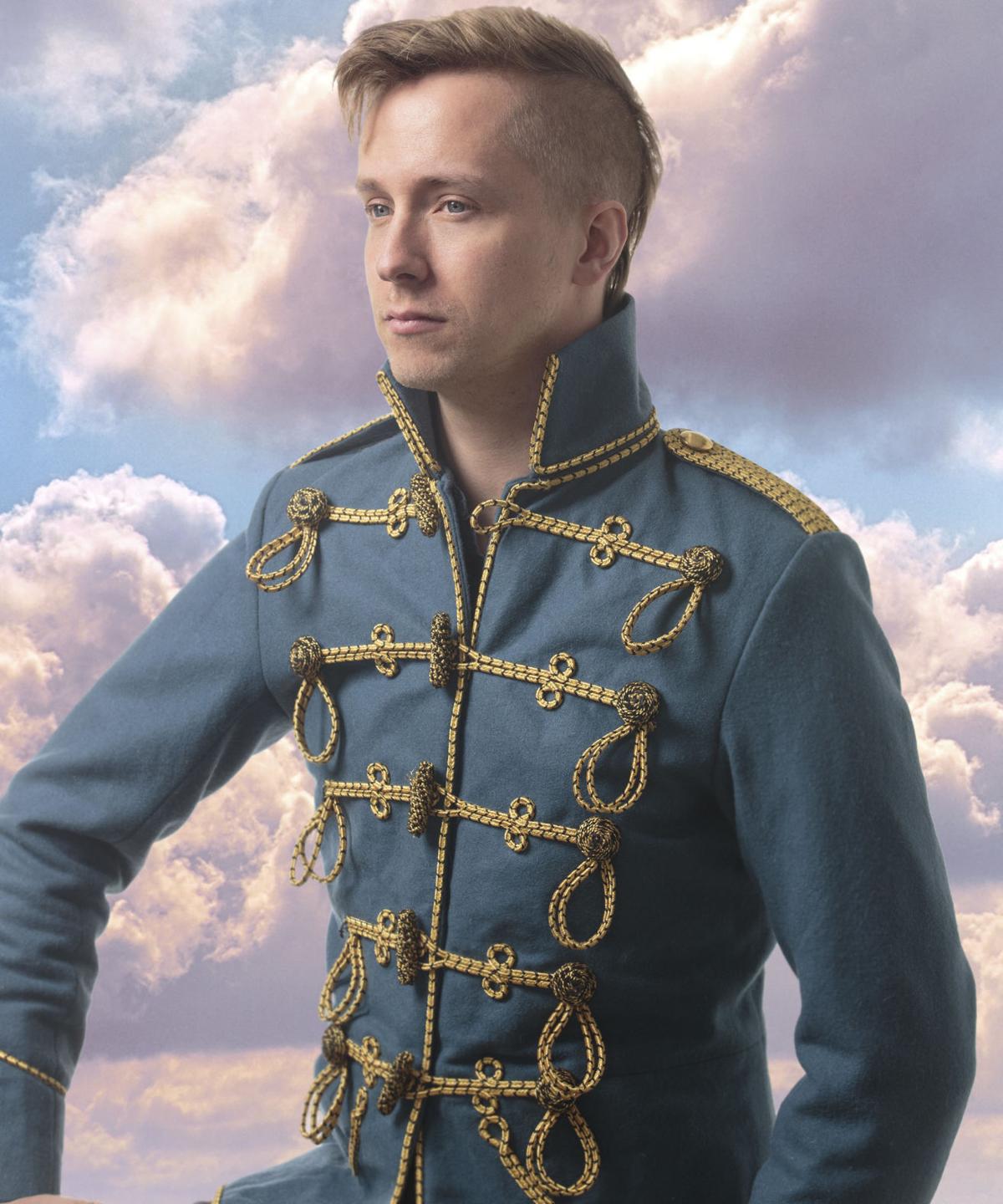 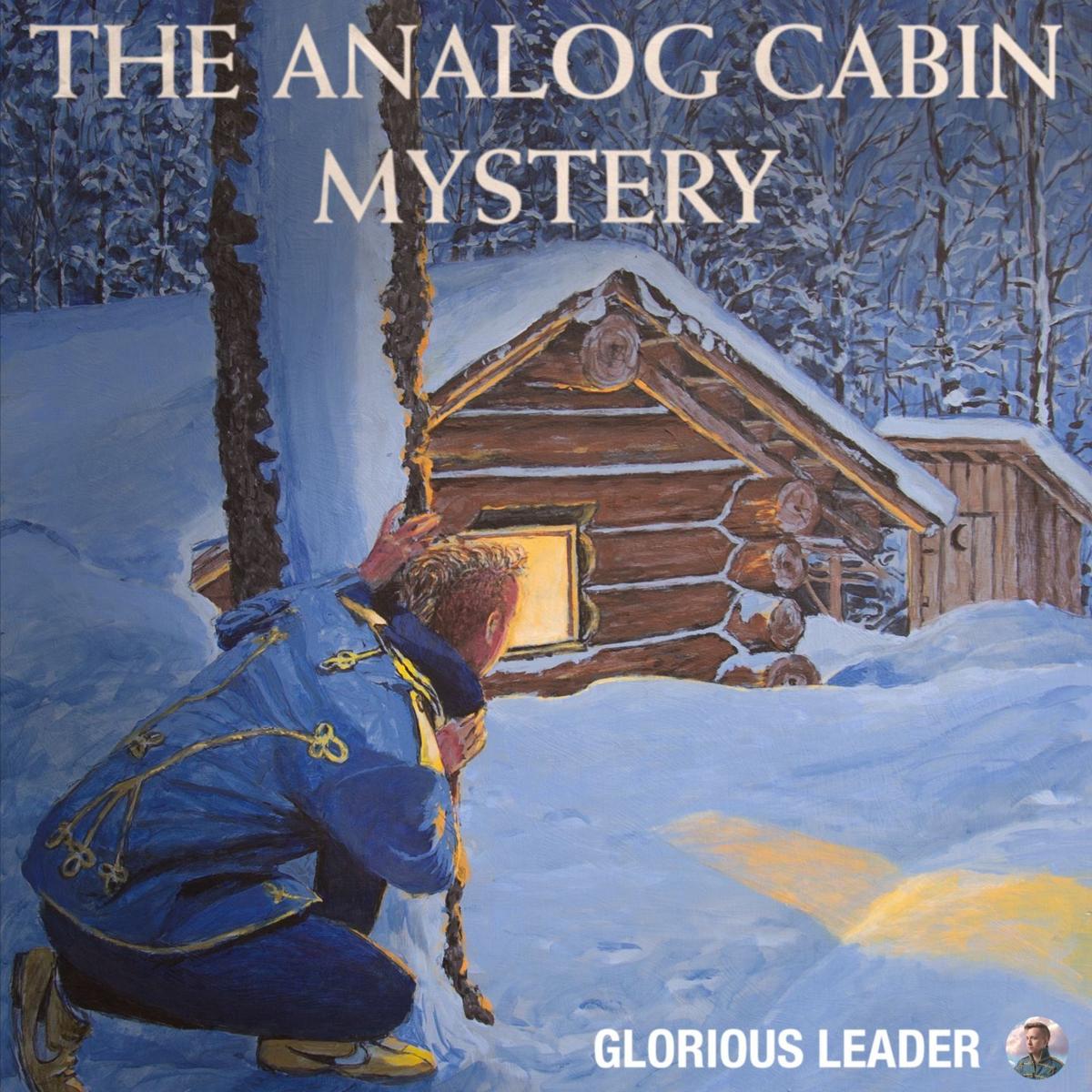 Ripton-based singer-songwriter Sarah King has a new EP, “The Hour,” her first release as a solo artist.

Safe to say that most Vermont musicians have been “woodshedding” during the past year of the pandemic, the results of which have been popping up in a proliferation of new releases. Here’s a closer look at the three noteworthy new EPs.

A relative newcomer to the Vermont music scene, Ripton-based singer-songwriter Sarah King is no stranger to music. Originally from Maine, she moved to the Deep South more than a decade ago to pursue a career in music and develop her bluesy roots sound.

“The Hour,” released March 19, is King’s solo debut and it’s a doozy. Produced by Simone Felice and David Baron (The Lumineers, Jade Bird), the five-song EP finds King firing on all cylinders after a yearlong break from music following the deaths of several loved ones.

Armed with a newfound conviction to dive deeper into a grittier, more introspective gothic country style, King is a serious force to be reckoned with on her potent new EP. “The Hour” comes out of the gates strong with the piano-driven soul of “Poison,” about giving “a man who won’t listen” a “taste of your own medicine.”

The swampy “Nightstand” is a fully fleshed murder ballad. Ditto “Not Worth the Whiskey,” a loping centerpiece song that fuses deep foot-stomping blues with raw vocal power and emotion. And the stripped-down, bluesy roots version of the classic Black Sabbath song “War Pigs,” recorded live, seals the deal.

In short, “The Hour” is a strong outing from a seriously promising artist.

“The Hour” is available at sarahkingsings.com

Inspired by the opportunity to tour as an opening act for lauded roots trio the Wood Brothers in early 2020, Burlington singer-songwriter extraordinaire Kat Wright had to develop her sizable group as a three-piece.

The results have been nothing short of magical, as evidenced by a series of killer live videos of the stripped-down sound on YouTube as part of the group’s well-produced “Campfire Sessions” along Lake Iroquois. And on Wright’s new “Trio Sessions Vol. 1” EP, released March 26.

The first of four EPs the group plans to release this year, the four-song set seriously whets the appetite for more Kat Wright Trio music. Opening with a beautifully spare rendering of the classic Harry Nilsson song “Everybody’s Talking,” the EP includes a stellar new song, “Take Me With You” — about running away to the circus (Glover-based Bread and Puppet, specifically) — a gorgeously wistful tune written by Wagner and Wright.

The EP also includes a couple of compelling new arrangements of existing songs. “Tell Me” is a quietly urgent tune with blues and soul flavors and sparkling vocal harmonies. And “Coming Home” is a buoyant and celebratory roots romp that closes out the proceedings in style.

“We’re about to go on a bona fide auricular adventure,” says the narrator in classic children’s storybook cassette tone on “Glorious Leader & the Analog Cabin Mystery.” So begins the musical journey that “starts and ends in Iceland … Glorious Leader’s pied-à-terre,” continues the narrator. “But the rest is set right here in Vermont’s Northeast Kingdom, his true home.”

Glorious Leader is the moniker of Glover-based indie-folk singer-songwriter and multi-instrumentalist Kyle Woolard. Originally from Charlottesville, Virginia, Woolard, 33, is a world traveler who has lived in Vermont’s Northeast Kingdom since 2017. Before moving to his rural off-the-grid locale, Woolard spent several years in Iceland, where he immersed himself in Reykjavik’s thriving music scene.

The “Glorious Leader & the Analog Cabin Mystery” EP — which Woolard recorded in quarantine after a European tour was cancelled due to COVID — is a follow-up to his first EP under the Glorious Leader moniker, “My Kingdom,” released in early 2020. Released March 31, the new digital EP comes with a glossy hardbound miniature full-length book that includes a separate chapter for each song with accompanying sheet music and story.

The creative presentation is a compelling companion to the music — call it storybook indie-folk — which spellbinds with a pleasing simplicity and vivid imagery that conjures Woolard’s physical and emotional landscapes. The five-song EP — a sixth bonus song, the pretty solo acoustic tune “Our Way Home,” is only available with purchase of the full package — shines on Woolard’s singular songwriting, honest lyrics and restrained yet deft musicianship.

The concept of “home” is at the center of the EP, and Vermont’s Northeast Kingdom is clearly a major source of inspiration. “Green Mountain Sun” is an absolute gem of a tune, a love song for Vermont that’s enhanced by strings (Karl Pestka), French horn (Bly Wallentine), trumpet (Clay White) and violin (Greensboro’s Roy MacNeil).

The beautifully melancholy “November Gloom,” with vocals by Newport singer Holly Lillis, aptly captures Vermont’s so-called “stick season,” while the wistful “Scandinavian Moon” finds Woolard bemoaning a missed autumn back home during his time in Iceland. And “Reykjavik” is a highlight that blends electronic and acoustic instrumentation to great effect.

“Glorious Leader & the Analog Cabin Mystery” is available at ohgloriousleader.bandcamp.com