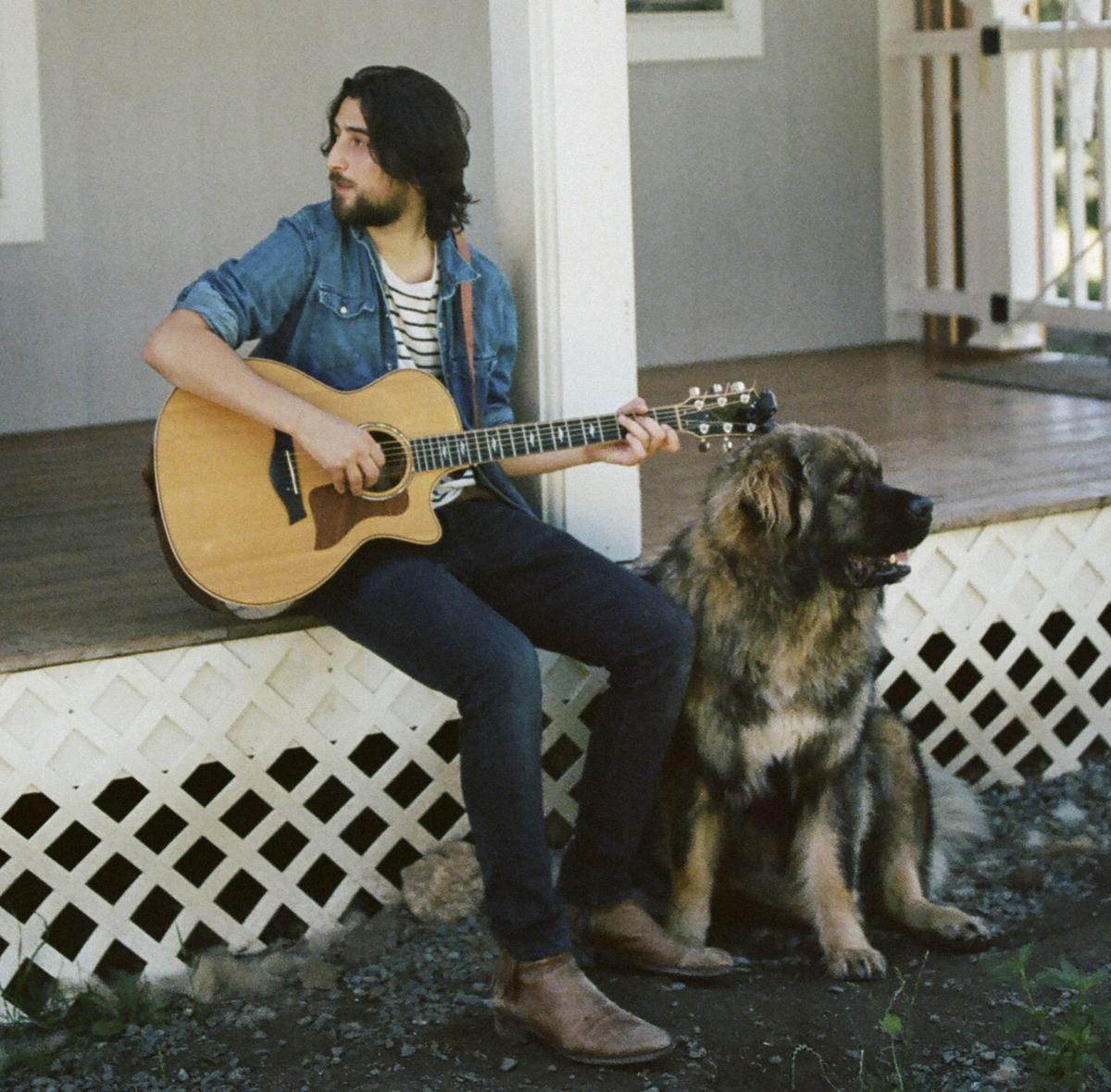 Acclaimed singer-songwriter Noah Kahan’s new EP, “Cape Elizabeth,” was released May 1 by Republic Records. Kahan left New York City because of the COVID-19 pandemic and returned to his hometown of Stafford, Vermont, safely recording and co-producing the EP at the home of childhood friend, Phin Choukas. 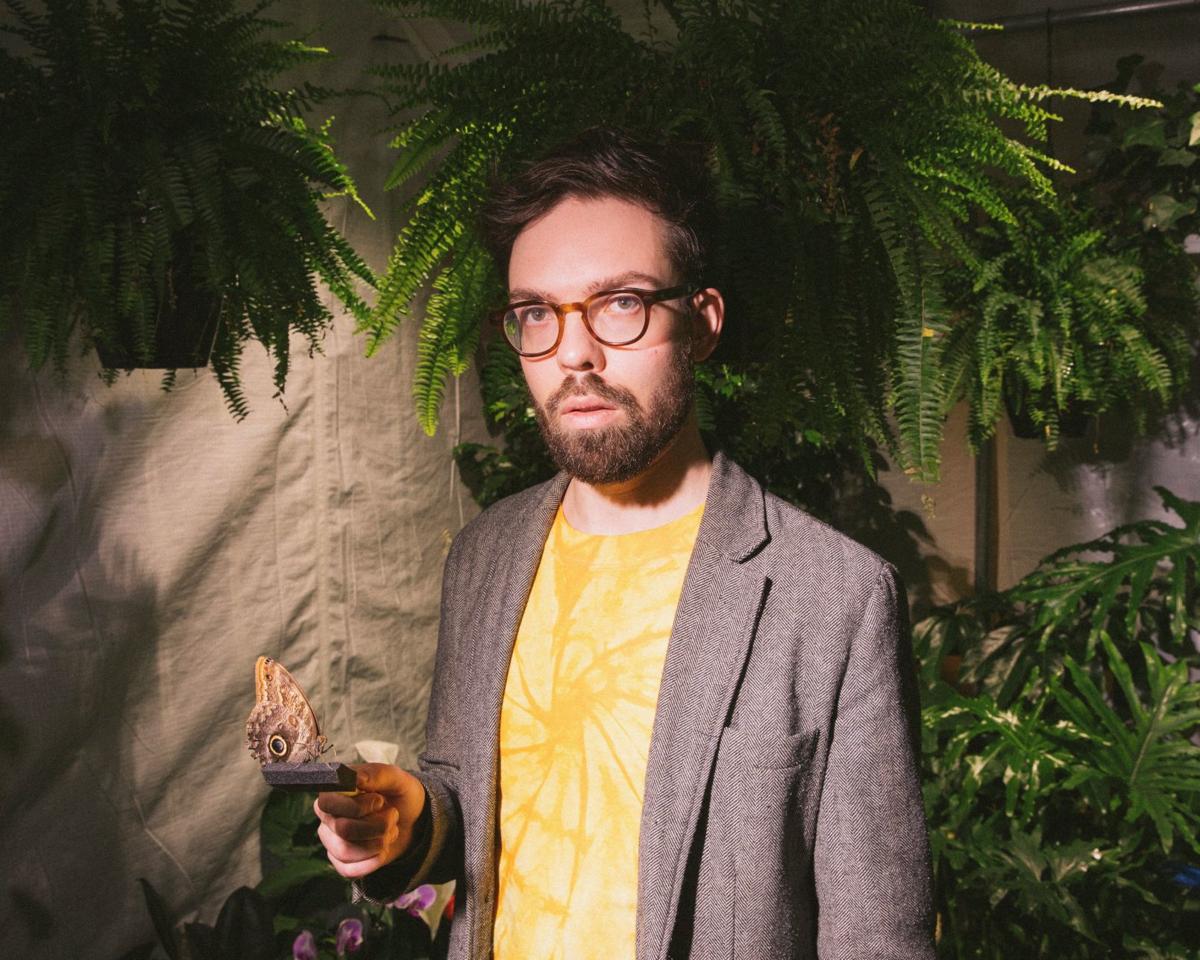 Rising Burlington singer-songwriter Henry Jamison’s new EP, “Tourism,” was released May 15 and features collaborations with Lady Lamb, Joseph and Darlingside, among others. 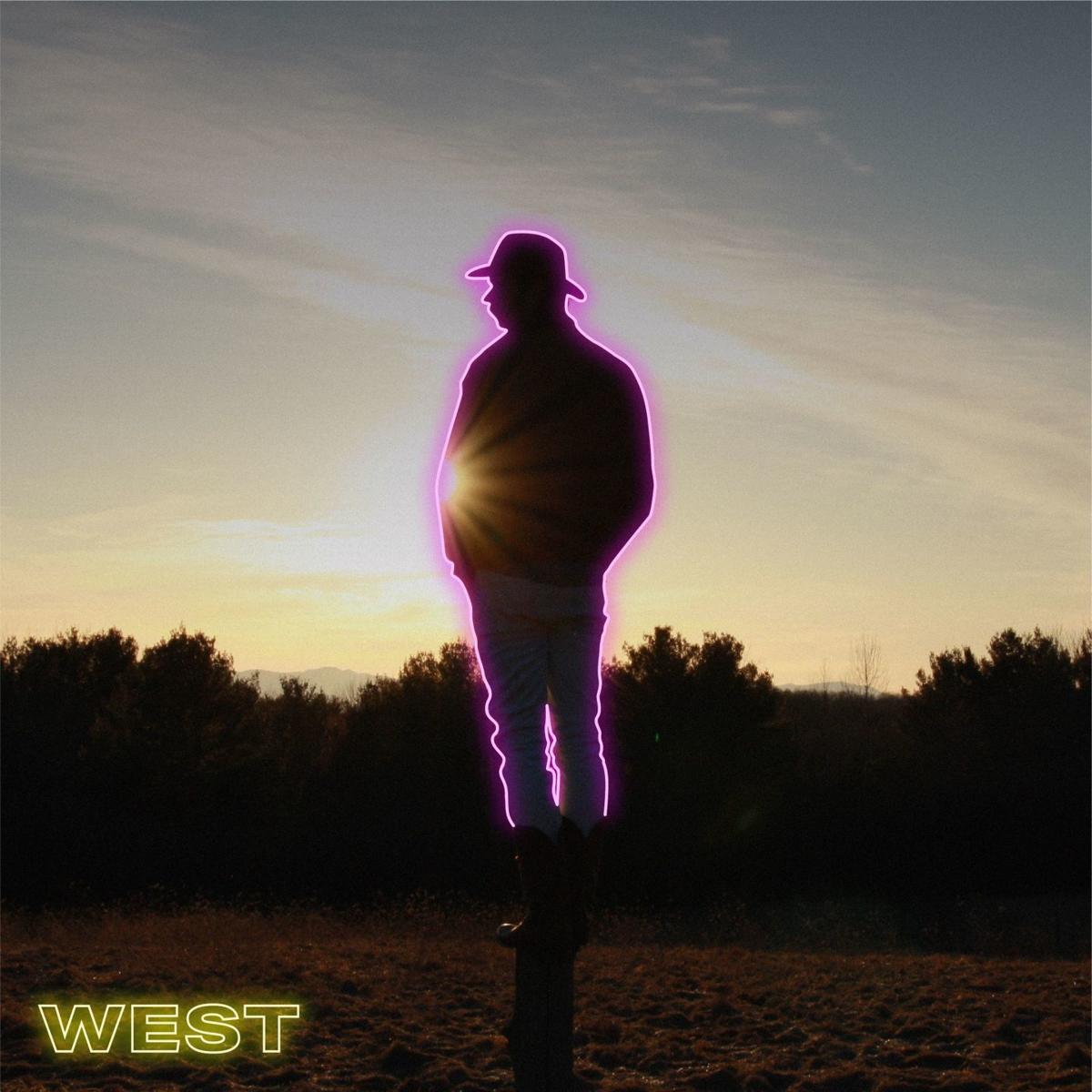 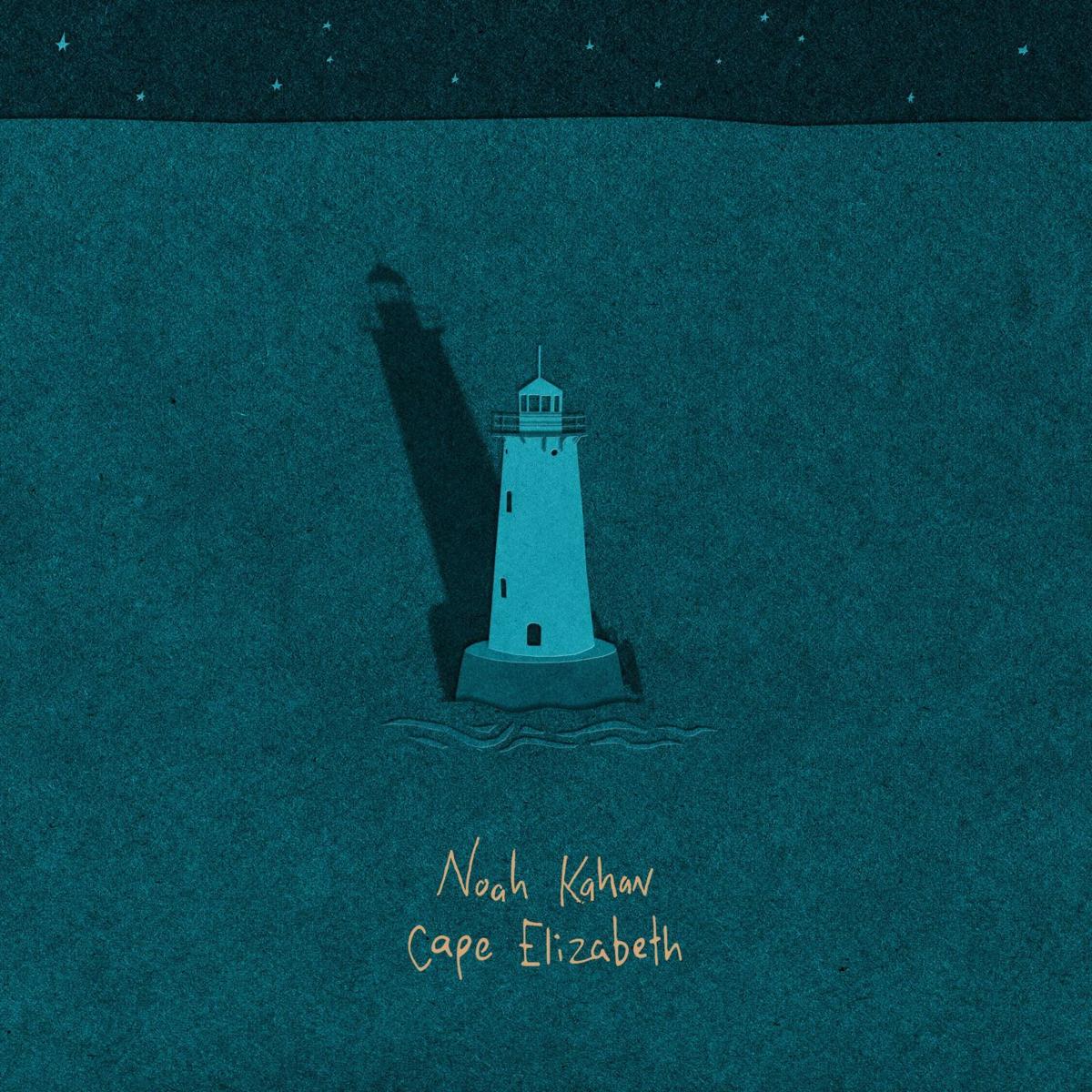 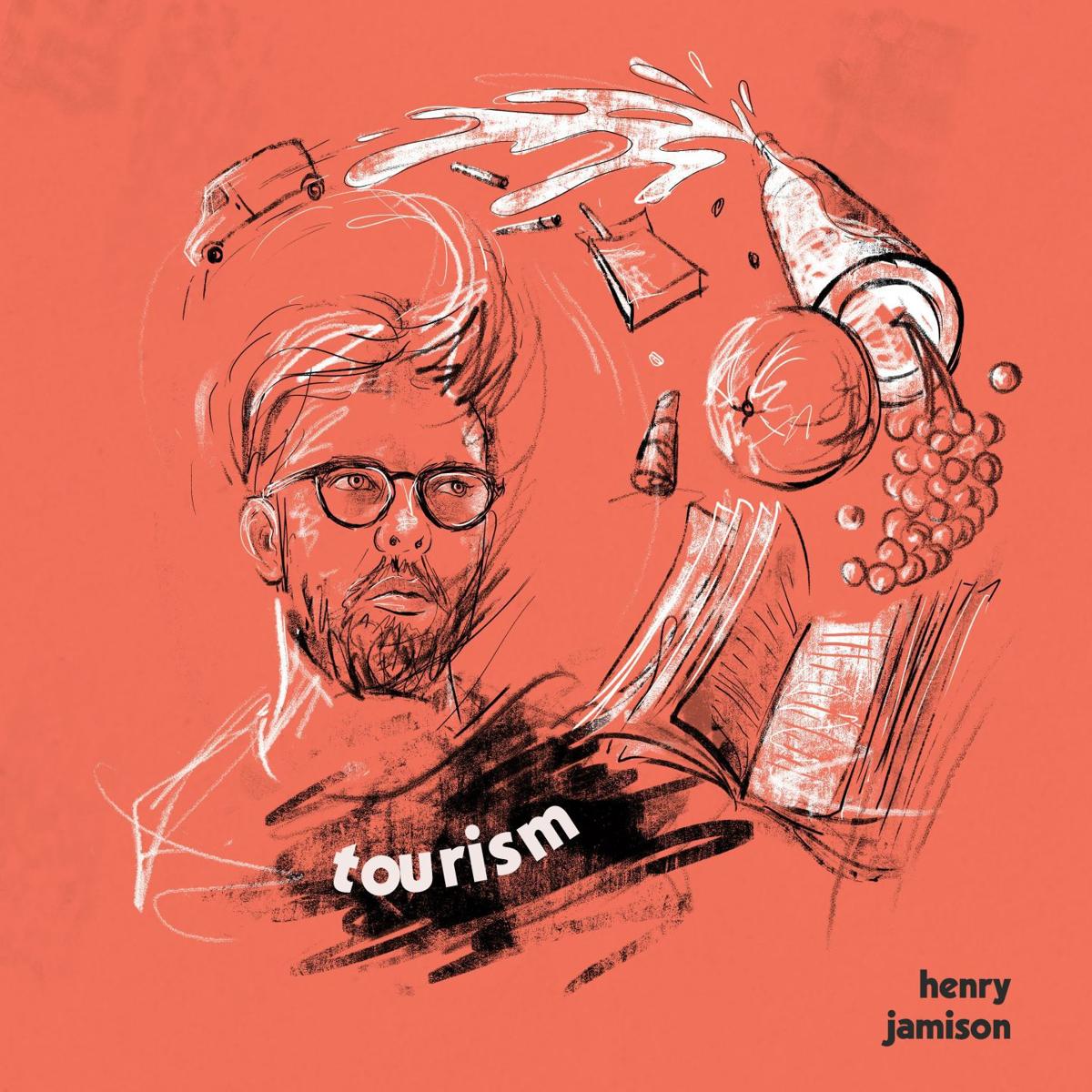 Acclaimed singer-songwriter Noah Kahan’s new EP, “Cape Elizabeth,” was released May 1 by Republic Records. Kahan left New York City because of the COVID-19 pandemic and returned to his hometown of Stafford, Vermont, safely recording and co-producing the EP at the home of childhood friend, Phin Choukas.

Rising Burlington singer-songwriter Henry Jamison’s new EP, “Tourism,” was released May 15 and features collaborations with Lady Lamb, Joseph and Darlingside, among others.

Three recently released EPs by Vermont artists are noteworthy offerings for our distressing times. Interestingly, a common theme seems to be conjuring other locations, which mostly homebound music fans might especially appreciate these days. Here’s a closer look at the three releases.

Now 23 and based in New York City, Kahan evacuated the Big Apple because of the COVID-19 pandemic, returning to his parents’ farmhouse in the rural Upper Valley Vermont town of Strafford.

One week after arriving, Kahan got to work safely recording some new tunes over the course of six days — “without overthinking anything,” he says in press materials — at the home of childhood friend Phin Choukas, who served as co-producer. The result is a five-song EP, “Cape Elizabeth,” released May 1 via Republic Records.

Atwood Magazine called it “pure acoustic gold” and “a deep breath of fresh, invigorating folk that finds the Vermont singer-songwriter doing what he does best: Capturing and recapitulating universal experience through relatable stories, heartfelt lyrics and unfiltered emotion.”

“We get both an escape and a cathartic, rejuvenating release all in one,” added Atwood. “Noah Kahan gives us exactly what we need right now in a collection that will feel fresh and meaningful for many years to come.”

While Kahan is best known for his more polished pop songs — like global smash hit, “Hurt Somebody,” from his acclaimed 2019 debut album, “Busyhead” — “Cape Elizabeth” features some of his more personal tunes that he didn’t plan to release.

“They’re special songs that are close to me and more intimate,” he says. “They’re important to who I am, and they tell a story.”

The story conjures tales of love, and love in the coastal southern Maine town of Cape Elizabeth — a place that Kahan has ironically never visited. “When you hear ‘Cape Elizabeth,’” he says of the EP, “I want you to feel like you can escape for a second.”

Kahan describes the experience of coming home as “returning to some part of me I had left behind, a reunion with that obnoxious, ambitious and totally terrified teenager with some folk songs and an acoustic guitar.”

“I wanted to do justice to this experience and create something that felt like who I used to be,” adds Kahan about the EP, “a kid at his friend’s home studio with an acoustic guitar and a story.”

One of Vermont’s best and most promising bands during the latter half of the 2010s, Burlington psych-pop band Madaila called it quits in fall 2018. And though the group played a Halloween reunion show last year, a recently released Madaila EP is ostensibly a solo album by frontman Mark Daly — though keyboardist Eric Maier did the mastering.

“West,” released in late April, is the first of four EPs scheduled for release in 2020, each of which will be named after a cardinal direction. “South” is next on the release docket, with “East” and “North” to follow. The idea is to conjure the essence of each locale, imagining what Madaila would sound like if it was birthed in that part of America.

The first release takes its inspiration from late ’60s, early ’70s Southern California folk-rock known as the Laurel Canyon sound. Mostly recorded last fall, the sunny and optimistic vibe on “West” is a welcome one these days, though it also manages to convey a sense of melancholy and introspectiveness that seems especially relevant and relatable.

Opener “One Thing Can’t Be Everything” is a bright and uplifting tune about finding a healthy balance between work and family. And “Sweet Revival,” which Daly calls “an ode to the river and woods” behind his house in East Charlotte, shines on its sweeping soundscape and Daly’s soaring guitar work.”

“Young Again,” the only song written during the pandemic, is a pretty tune that aptly captures the helplessness and uncertainty of this time period while serving up a light and spirit-lifting sound.

Other highlights include the beautifully melancholy “Love in Ohio” — the “I’m not doing so well” chorus” is one that especially resonates these days. And the poignant closer “You Won’t Be Alone,” which Daly says was inspired by the divorce of his parents more than a decade ago, is enhanced by the choir from Middlebury Union High School, Daly’s alma mater.

Jamison’s five-song EP, released May 15, seems a perfect fit for such an endeavor. Written during his increasingly busy touring schedule, each song features a collaboration with a noteworthy indie artist who are themselves known for their distinctive songwriting and vocal skills: Lady Lamb, Joseph, Darlingside, Fenne Lily and Grizzly Bear’s Ed Droste.

Atwood Magazine dubbed it “vivid, breathtakingly beautiful and deeply relatable,” calling the EP “a stunning five-track folk journey through isolation, transience, connection and self-discovery.” The magazine has called Jamison “one of America’s modern folk masters,” who “continues to be an exemplar of musicianship and lyrical genius.”

Thank you! You've reported this item as a violation of our terms of use.

Error! There was a problem with reporting this article.

This content was contributed by a user of the site. If you believe this content may be in violation of the terms of use, you may report it.