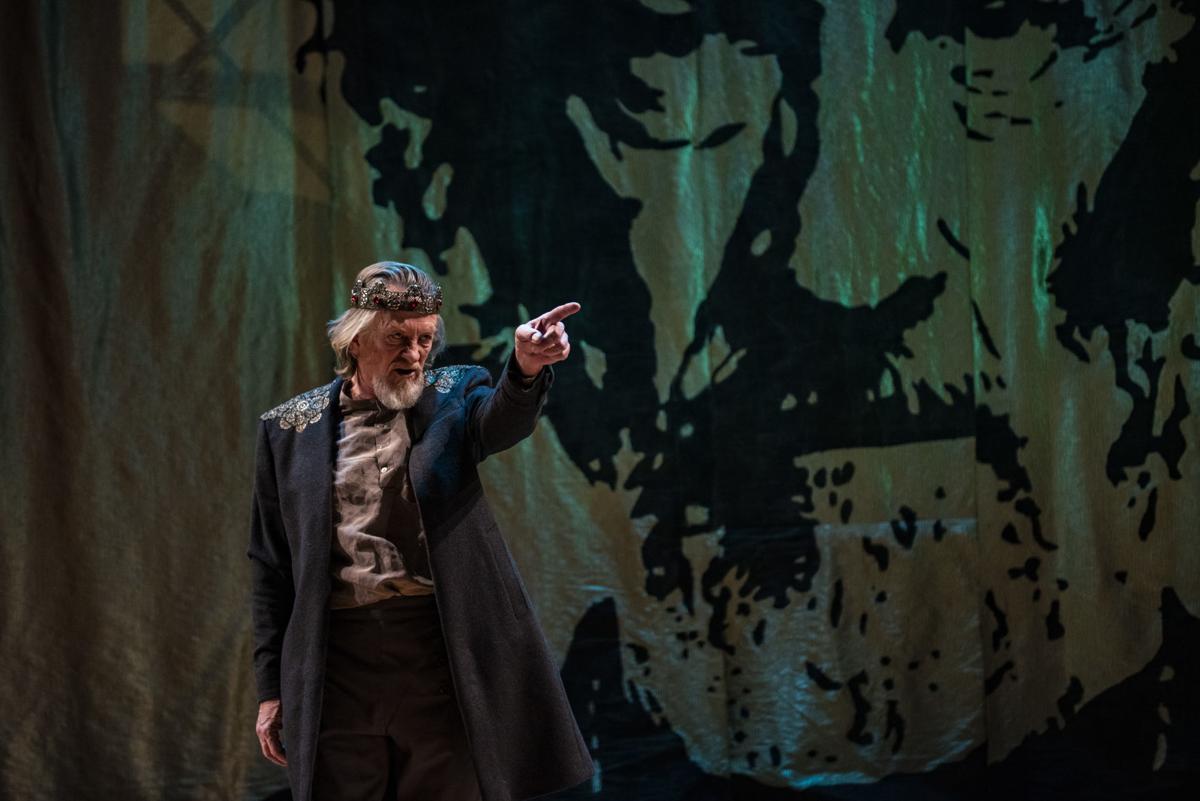 Jamie Horton as King Lear in the 2020 Northern Stage production of the Shakespeare tragedy. 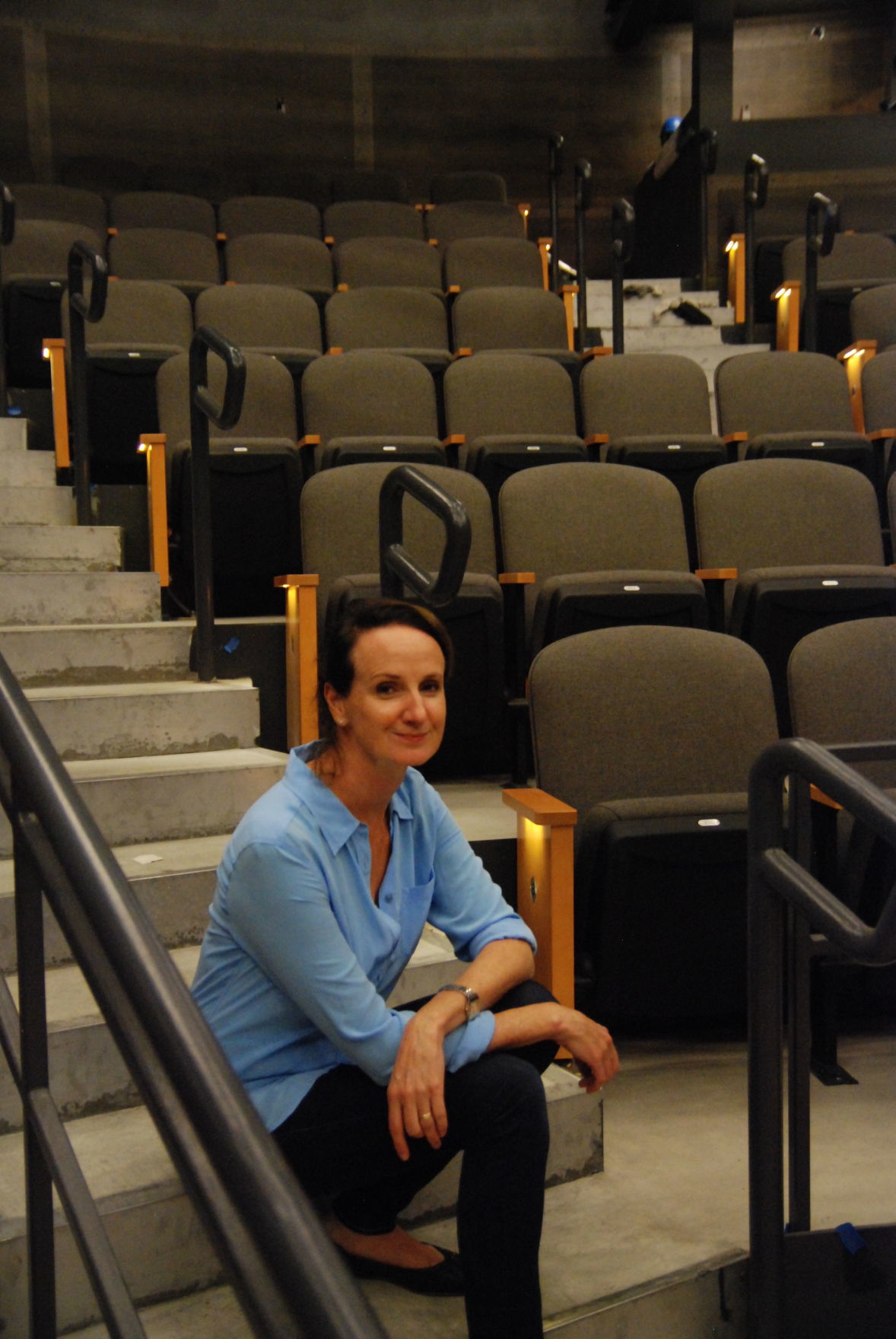 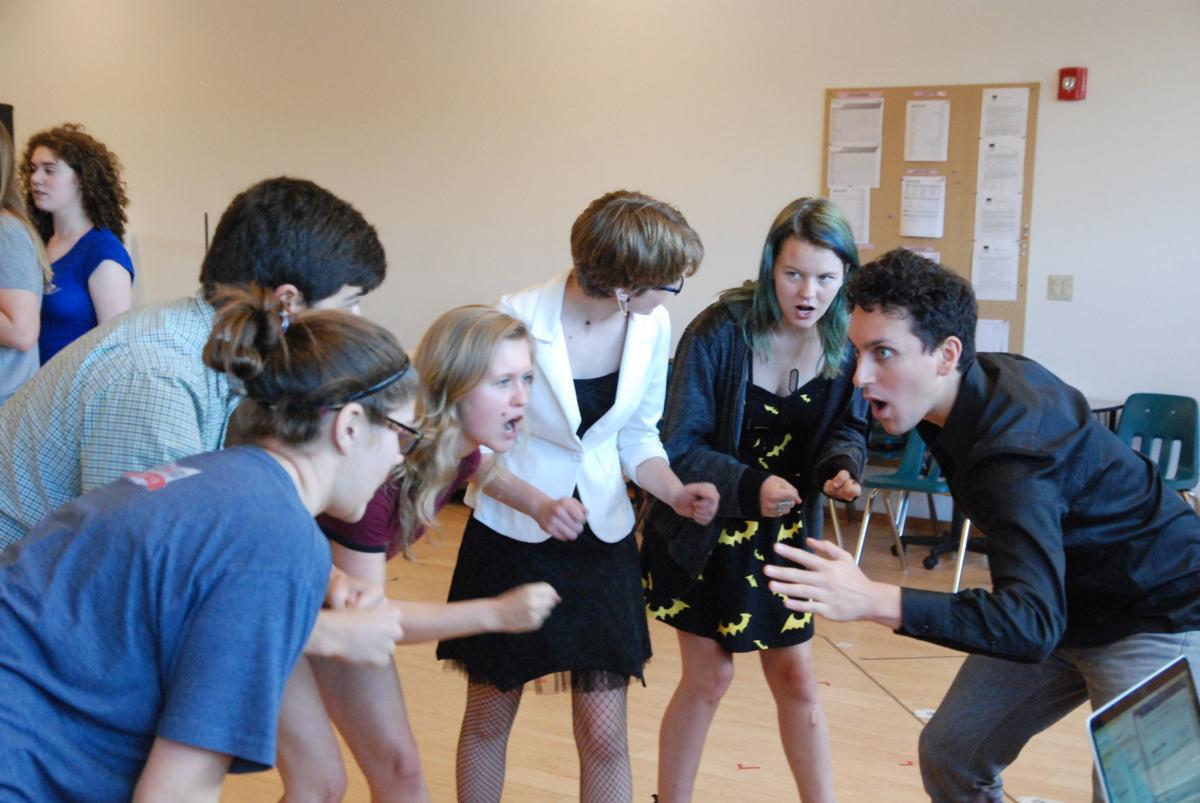 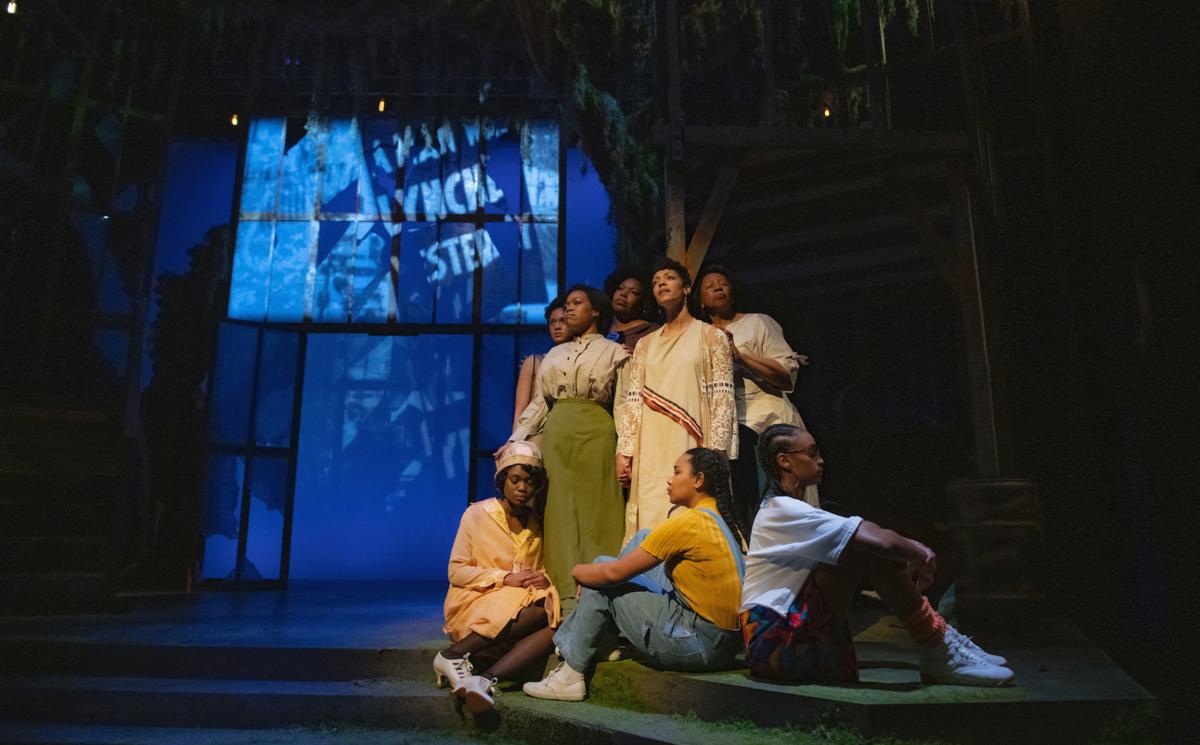 COVID-19 forced Northern Stage to close its world premiere production of “Citrus” on the Friday of its final weekend. 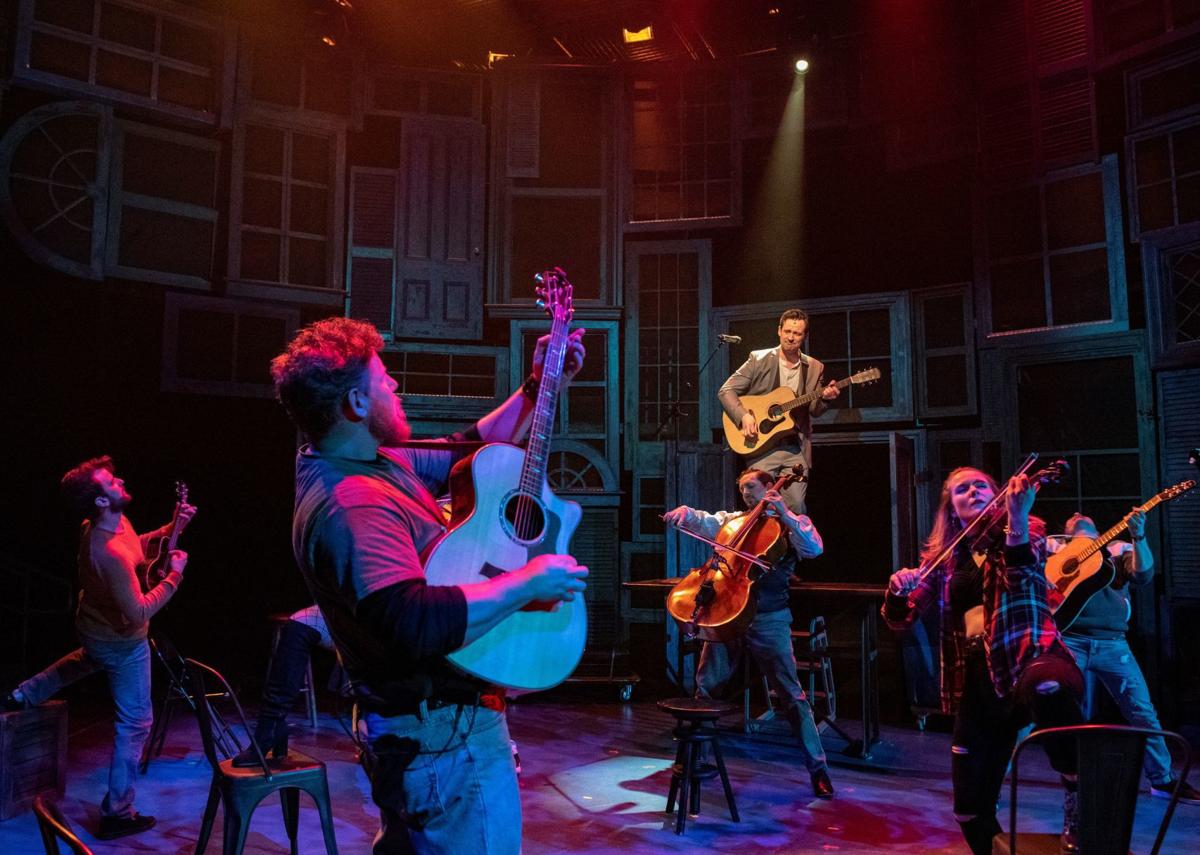 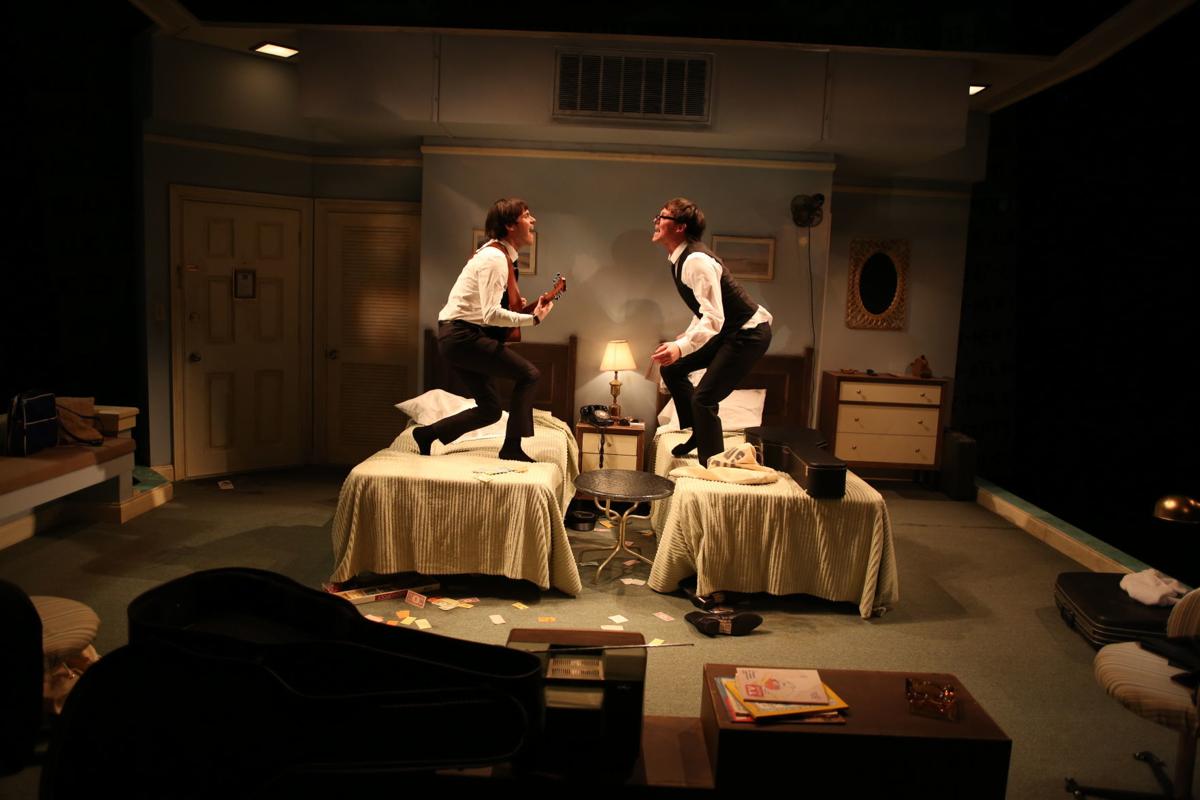 Tommy Crawford and Christopher Sears as Paul McCartney and John Lennon in Northern Stage’s world premiere production of “Only Yesterday,” which moved to Off-Broadway. 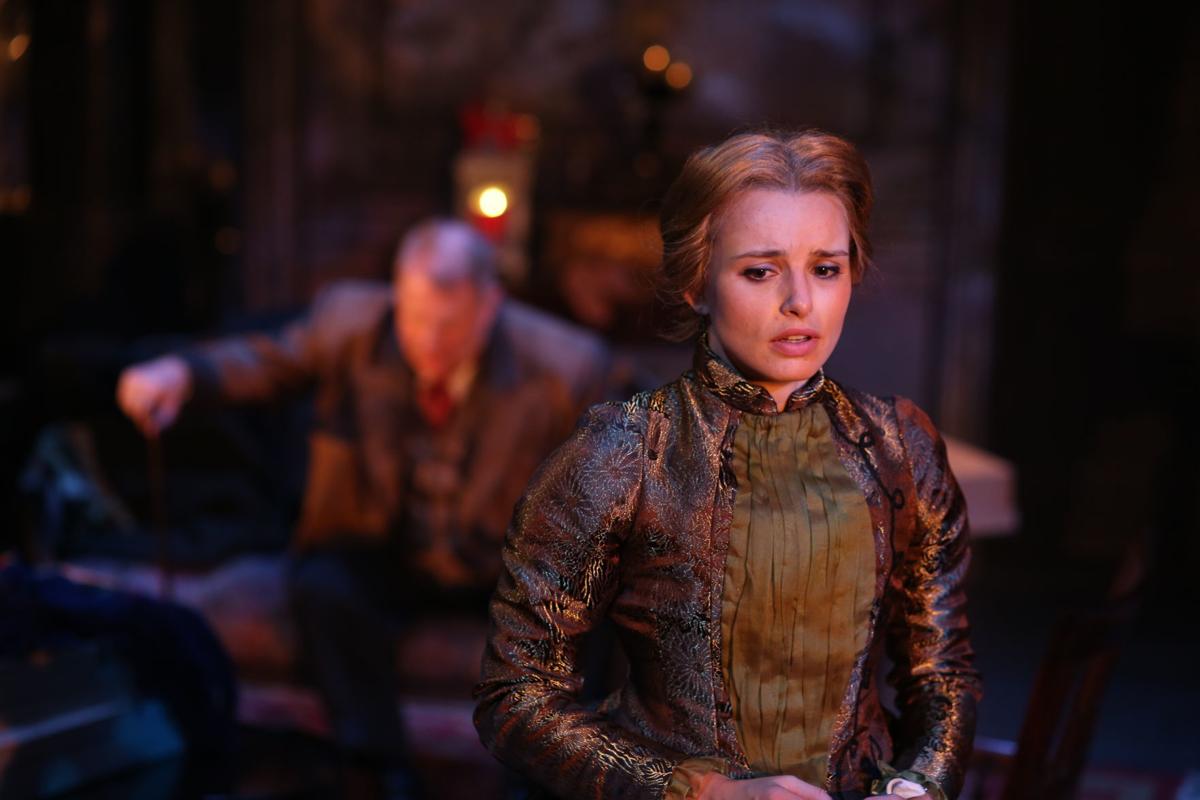 Olivia Gilliatt as Norma Helmer in the 2017 Northern Stage production of Ibsen’s “A Doll’s House.”

Jamie Horton as King Lear in the 2020 Northern Stage production of the Shakespeare tragedy.

COVID-19 forced Northern Stage to close its world premiere production of “Citrus” on the Friday of its final weekend.

Tommy Crawford and Christopher Sears as Paul McCartney and John Lennon in Northern Stage’s world premiere production of “Only Yesterday,” which moved to Off-Broadway.

Olivia Gilliatt as Norma Helmer in the 2017 Northern Stage production of Ibsen’s “A Doll’s House.”

On March 13, Northern Stage was enjoying the success of “Citrus,” its world premiere production of Celeste Jennings’ choreopoem about the plight of black women, when Gov. Phil Scott declared a state of emergency. Before opening curtain that night, the cast was informed that this would be their last performance, though it was scheduled to continue through the weekend.

That was the day the COVID-19 pandemic shut down the performing arts in Vermont and most of the country. But unlike many arts organizations, this White River Junction professional theater, the state’s major year-round company, already had begun to prepare.

Carol Dunne, the company’s producing artistic director, had been warned two weeks previously by a friend who was a board member of a major hospital.

“And I sort of started bringing it up at Northern Stage.”

When Dunne went into the office on the morning of Friday the 13th she told Irene Greene, the managing director, “We have to throw out everything that’s on our agenda for today, and we have to shut down the theater.

Dunne called an emergency team meeting, and by the end of four or five hours, she had told the “Citrus” cast that this was the last performance, and had put together a plan for furloughing the company.

“We put together what I would call the first COVID-19 response,” Dunne said. “The theater was shut down and we had a meeting with the whole company on the morning of the 14th with the first plan in place.

“We decided on that day. We wanted to save the company, take care of our people, and make sure to work with not for profits in whole the region if not for profits were going to survive this,” she said.

Founded in 1997 by Brooke Wetzel Ciardelli, Northern Stage became the largest year-round theater company in the region, offering professional productions of world premieres, classics and musicals. In 2012, Ciardelli was forced out over a dispute with the board. The ensuing season wasn’t a success, but in March 2013, Dunne, coming from a similar position at the New London Barn Playhouse in New Hampshire, took over the reins of the company.

“I found a theater that was pretty empty,” Dunne said. “There were very few staff members; there was a large deficit; there was a space that could no longer support the arts. And I also found a committed and passionate core of supporters.”

The first thing Dunne did was to invite Eric Bunge, a former colleague, to join her as managing director. (Bunge is now special projects manager.)

“I knew it wasn’t just the art that would renew Northern Stage,” Dunne said. “We needed a business model to support this renewal — it worked.”

For Dunne, good theater wasn’t enough; it had to mean something more. Hence her mission for the theater: “changing lives, one story at a time.”

Her first production was Reginald Rose’s “Twelve Angry Men,” a drama about a hung jury that became a hit film starring Henry Fonda.

“It was a diverse re-imagination of the play,” Dunne said. “I feel that we drew a line in the sand saying that the theater was going to be representative of a more diverse body of work. That was very important to me.”

Dunne felt it was important to be part of the future of theater.

“We immediately brought new work that we would develop, new plays and a diversity of work,” Dunne said. “Another highlight was our New Play Festival, which began in the winter of 2014 with no budget. We had forgotten to hire a stage manager, curiously. Thirty or 40 people showed up for three plays.”

One of those first plays was Joe Sutton’s “Orwell in America,” which became Northern Stage’s first play to be presented Off-Broadway. Another was Jack Neary’s “Trick or Treat” starring Gordon Clapp. And “Only Yesterday,” Bob Stevens’ Beatles paean, premiered in 2018 at Northern Stage moving Off-Broadway where it became a New York Times Critic’s Pick.

Dunne’s favorite play that she directed was the Irish musical “Once” in 2019.

“That was a joy,” Dunne said. “As a director, you rarely, rarely see — you have a dream of how a show should go — every piece worked together beautifully in that show.”

And despite cutting the current season short, Dunne calls it a big success.

“I think (Shakespeare’s) ‘King Lear’ was one of the most exciting things we’ve ever done,” she said. “And ‘Citrus,’ above everything, it is about and embraces black women.”

The pandemic shut down another production, the Youth Ensemble Studio’s “Frozen.”

“We had 32 actors and were about to go into tech rehearsal — that’s when we needed to shut everything down,” explained Eric Love, Northern Stage’s director of education.

“It was devastating because a lot of these kids had been working all year, for many years in terms of the Boot Campers,” Love said. “It was also a fairly big moment for the education department because this was the first time we were doing eight performances of the spring musical. It was a completely upgraded experience.”

With 32 potentially depressed kids, and many more than that when all events were canceled, Love looked for a response.

“We needed a project where I could connect with the kids via Zoom, and I also realized there were a ton of stories about the national tragedy,” he said. “But we aren’t going to hear a lot of stories from the perspective of young people going through this.”

Thus, Portraits for the Pandemic was initiated and now involves 34 teens.

“I want to create a riveting documentary play that tracks the lives of teenagers week by week through the evolution of this pandemic,” Love said. “Eventually this will be shared in a theater form.”

Also shut down was the BridgeUp: Theater in the Schools program with eight partner schools including more than 300 third- through fifth-graders. Kate Kenney, its director, already was onsite at the schools and ready to start.

“But we were able to revive the program,” Love said. “We reached out to all eight schools and offered a remote BridgeUp program. Four schools accepted and said they had the bandwidth and excitement to do this. So Kate is doing a remote program with four partner schools.

“She’s doing ‘Hamlet’ and she’s creating two 10-minute videos every week that she sends out to the schools,” Love said.

Kenney holds an hour-long Zoom session every week with each school so that students can ask questions and react personally.

“The hopeful end goal is that each kid learns a line of a famous Shakespeare soliloquy from ‘Hamlet,’ and then Kate will edit together so you can see the BridgeUp community in isolation.”

“What was hard-hitting for me was canceling our Summer Musical Theatre Intensive production of ‘Chicago’,” Love said. “We were doing two weeks of performances because of our sold-out “Legally Blonde” run last year. This is time you can’t get back.”

Dunne’s immediate response to the closing was to make sure the theater was not dormant, but alive during what she describes as the “first wave.” Portraits of the Pandemic and Play Date, an interactive theater discussion program, were immediately launched.

Northern Stage was in the middle of a $4.1 million budget for the fiscal year when it closed in March.

“What we’re forecasting now for the year ahead is somewhere between $2.5 (million) and $3 million,” said Green, the managing director. “We have shrunk.”

“We do have a couple of housing complexes that we own, so we’ve invited some of our staff and production staff who are not working to use so that people are able to have free housing,” Green said. “Even if they are on unemployment, we are able to help a select number of company members in that way.”

For the “second wave,” most important is looking at Northern Stage’s next season as an artistic opportunity.

“For example, you know you’re not going to do a huge musical in the fall, so what do we have the opportunity to do?” Dunne said. “We’re thinking tiny and creative theater. In the fall, we’re going to focus on bringing people into the space in a social distancing way.

“I am not supportive of watching videos of plays,” she said. “I think it negates what we are — which is human-to-human connection.”

Northern Stage is also working actively on five or six new play development projects. And making sure that its education program continues.

“Hopefully we can be a leader in the resurgence of White River Junction,” Green said. “Northern Stage isn’t just the building, it’s the people.”

For information about Northern Stage and its programs, go online to https://northernstage.org.