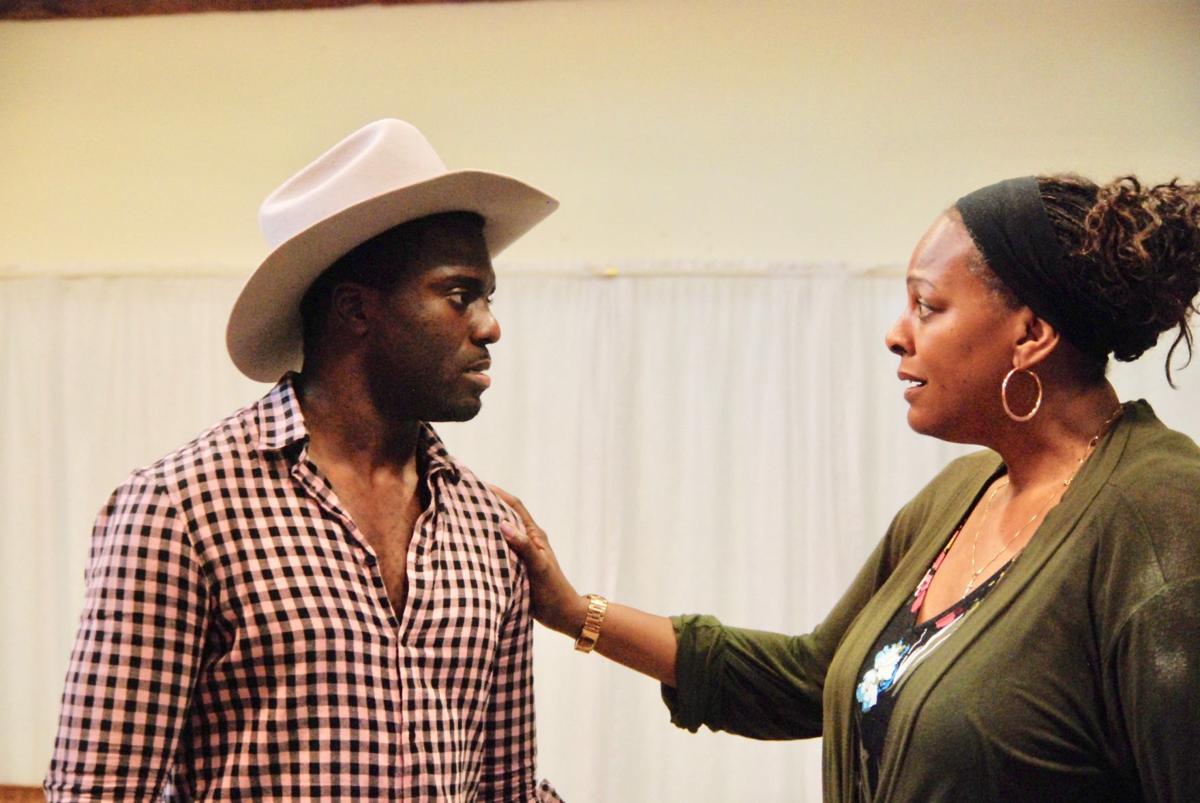 Davon Williams is Curly and Inga Ballard, Aunt Eller, in this rehearsal photo of the Weston Playhouse multi-racial production of “Oklahoma!” opening Thursday. 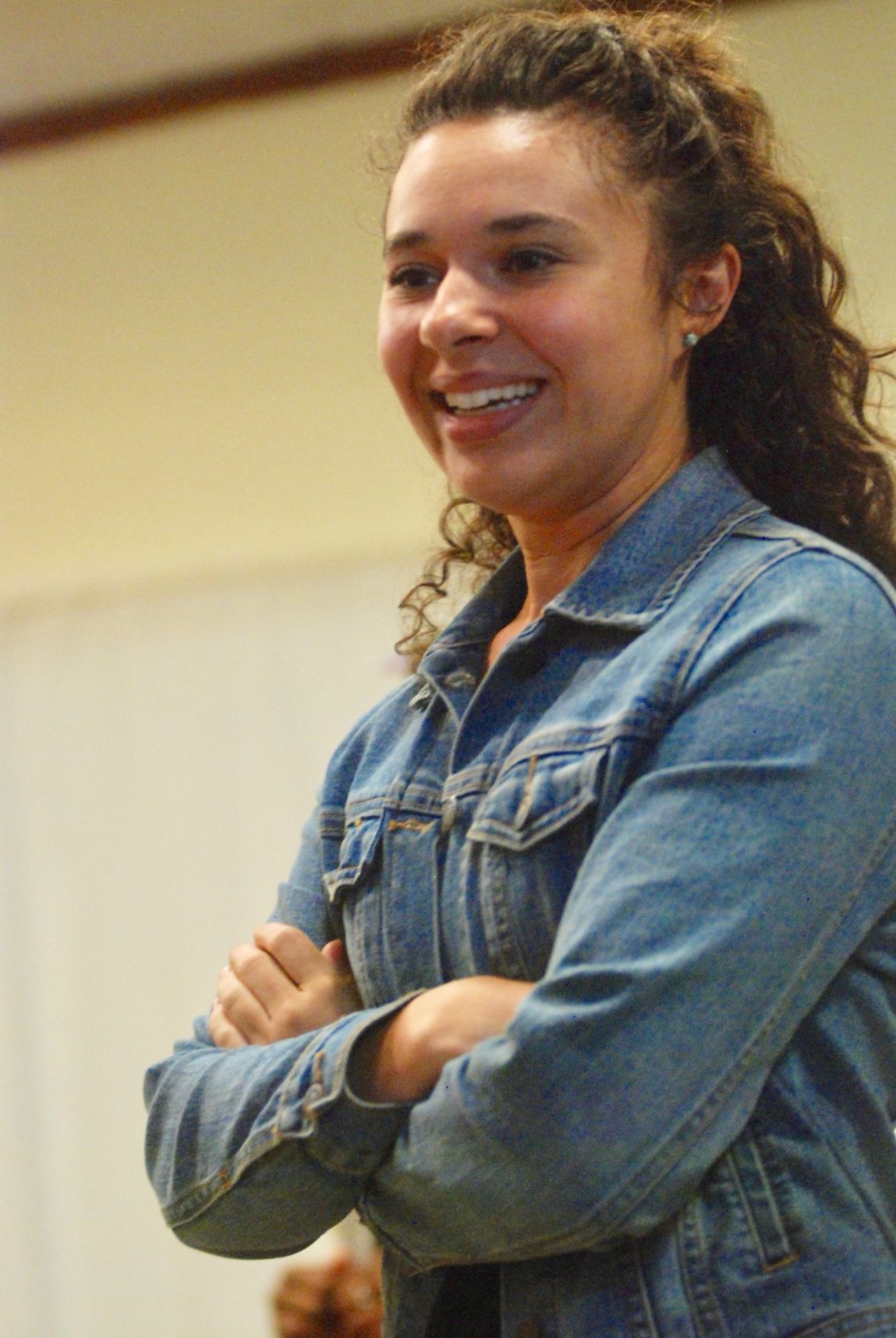 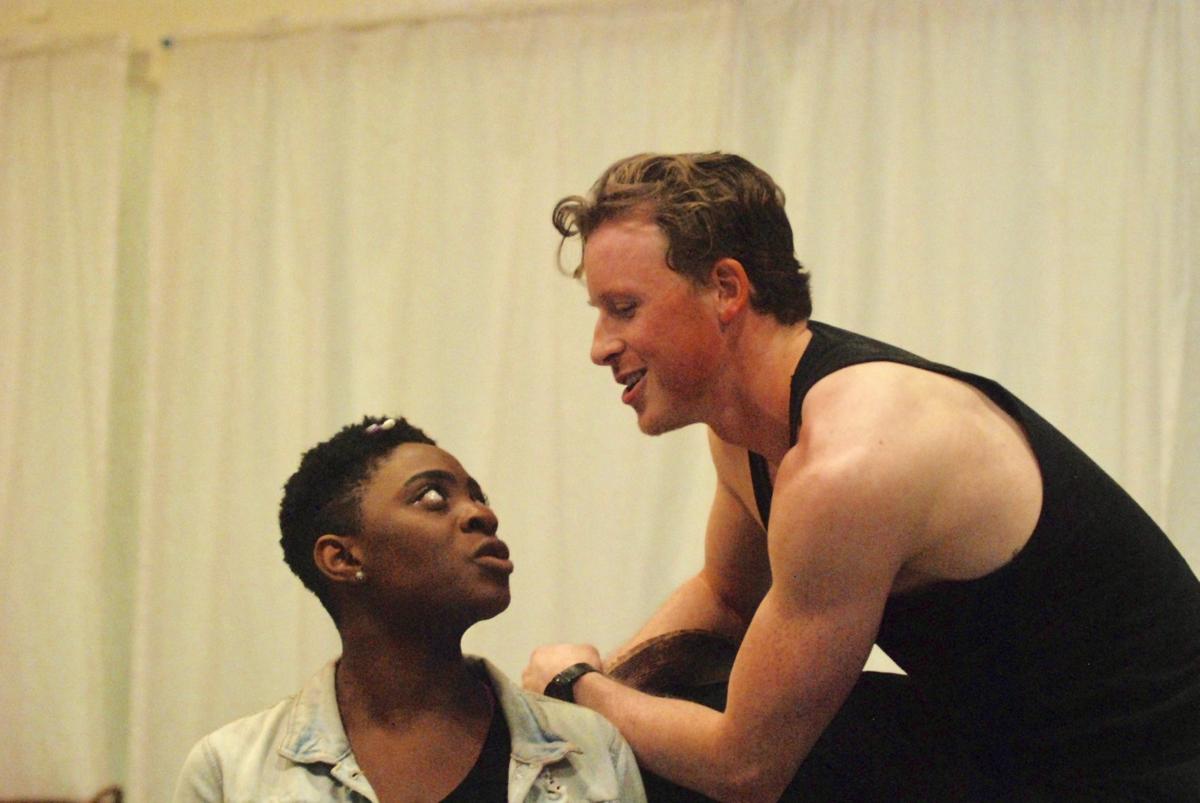 CoCo Smith as Ado Annie is wooed by Dan Lusardi as Will Parker in this rehearsal photo. 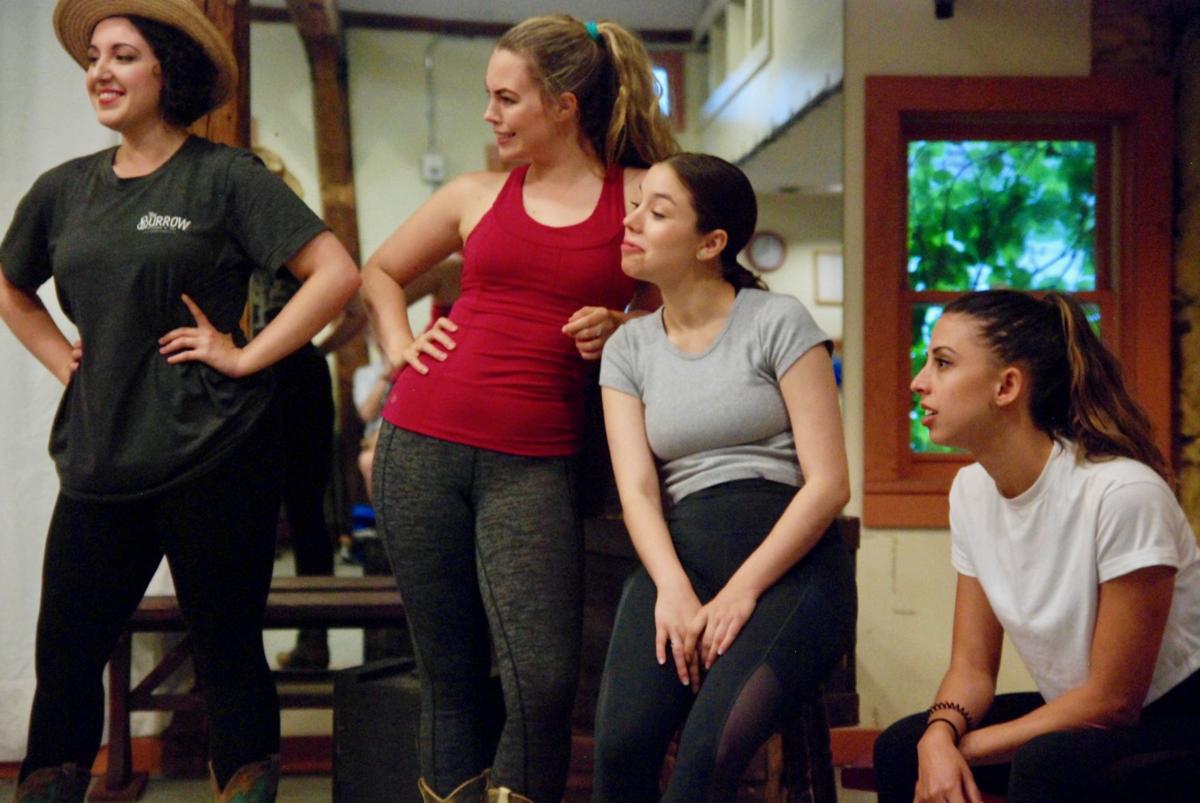 Members of the Young Company fill out the cast of “Oklahoma!”

Davon Williams is Curly and Inga Ballard, Aunt Eller, in this rehearsal photo of the Weston Playhouse multi-racial production of “Oklahoma!” opening Thursday.

CoCo Smith as Ado Annie is wooed by Dan Lusardi as Will Parker in this rehearsal photo.

Members of the Young Company fill out the cast of “Oklahoma!”

“Oklahoma!” was a box-office hit when it opened on Broadway in 1943, and a new production is a hit on Broadway right now. The Weston Playhouse production, which opens Thursday, underscores just why: This is a show for and about all Americans.

“Oklahoma!” the first collaboration by of composer Richard Rodgers and librettist Oscar Hammerstein II, ushered in the “Golden Age” of musicals. The initial production ran an unprecedented 2,212 performances, earned a special Pulitzer Prize in 1944 and, in 1955, was adapted into an Oscar-winning film. Award-winning revivals, national tours, foreign and community productions continue to this day.

Based on Lynn Riggs’ 1931 play, “Green Grow the Lilacs,” the story is set in farm country in Indian Territory in 1906, just before statehood. The farm girl Laurey Williams is being courted by both the cowboy Curly McLain and the sinister and frightening farmhand Jud. A second romance is enjoyed by the randy Ado Annie, and her two contenders, the earnest cowboy Will Parker and slick peddler Ali Hakim.

But their interaction represents the hidden undercurrents that have become America.

“I think, in this moment for our country, which can often feel so fractious, to revisit a story of how we can come together to re-imagine and build a new life for ourselves, one that’s rooted in hope and in love and in justice, felt really pertinent and exciting and urgent,” Douglas said between rehearsals.

Douglas, who directed last season’s “Two Trains Running” at Weston, is the artistic producer of City Theatre in Pittsburgh and has directed new works and classic plays throughout the country. Surprisingly, this is Douglas’ first experience with “Oklahoma!” He’s never even seen it — despite growing up in New York City going to Broadway shows.

“I was a real stage-door kid. I had my framed posters and signed playbills, but I’ve never seen ‘Oklahoma!’” he said with a laugh.

Still, when invited by Susanna Gellert, Weston’s new executive artistic director, to direct the musical, Douglas found that its themes of community, strong storytelling and rich poetic language resonated with him. And it has a dynamite score.

“I’m asking the same questions I ask of the world premieres I’m grateful to work on,” Douglas said. “Everything is being investigated and questioned. So there’s a lot of curiosity in the room, a lot of ‘we can try it.’”

“At the core of it, we have to make sure we’re telling the story honestly, a lot of just trusting the text — as opposed to trusting the tradition. Everything has to make sense,” Douglas said.

In order for the production to make more sense now, Douglas has added a unique twist to the Weston production.

“Mia Pinero who plays Laurey is a Cuban-American,” Douglas said. “Aunt Eller is a black woman. And Ado Annie, who’s a dark-skinned African-American, has a white father, Munson Hicks, and is dating two different kinds of white men. Ali Hakim, Billy Cohen, is a New Yorker. And Will Parker is a white cowboy.

“Race is purposefully on stage,” Douglas said. “We are one community. I’m reimagining what America could look like. And I’m hoping it can allow us to reflect on our moment.”

Still, for Douglas, what makes it work is good theater.

“I think that gives the audience a more clear and dynamic show that has a clear story, clear character motivations — plus all joy of dancing and this gorgeous music,” Douglas said.