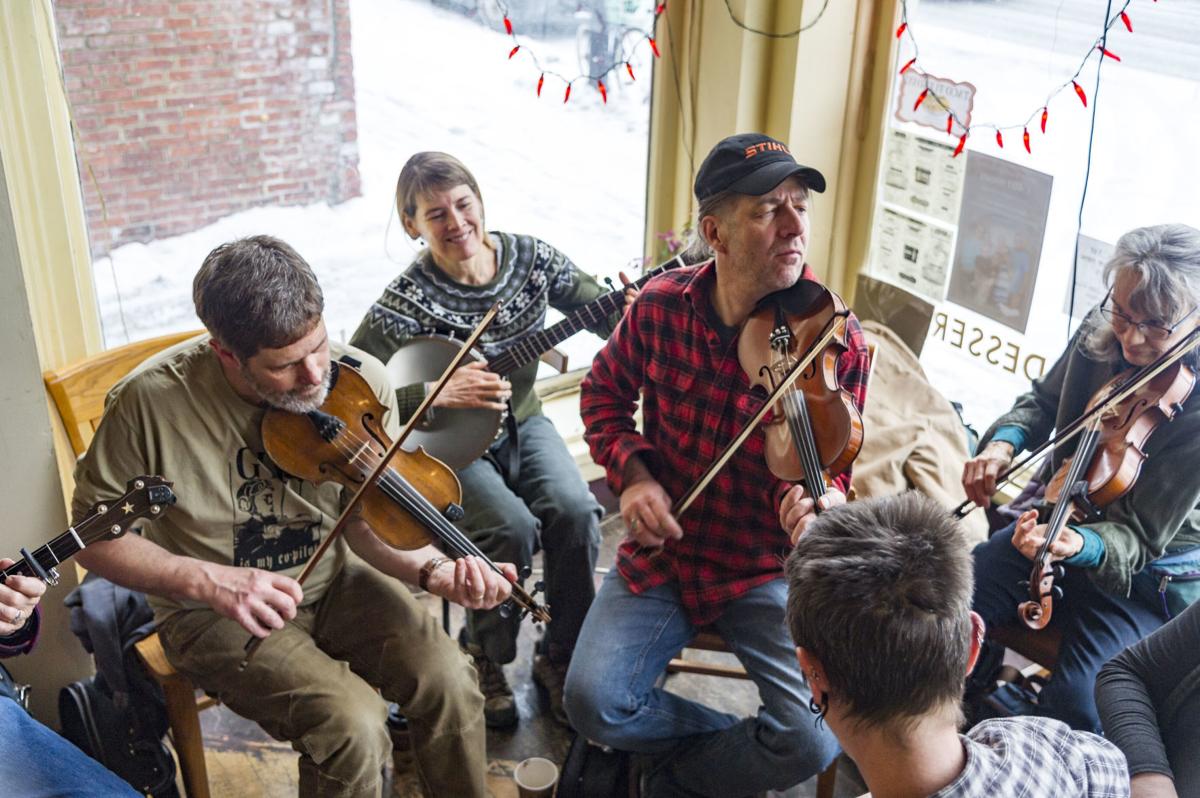 The Summit School’s Dana Robinson (left) is joined by North Carolina fiddler Dave Bass (right) and other instrumentalists for an Old-Time Jam Session at Bagitos as part of the Summit School’s 2019 Spice on Snow Festival in Montpelier. This year’s festival will be held Jan. 23-26 at various venues in downtown Montpelier. 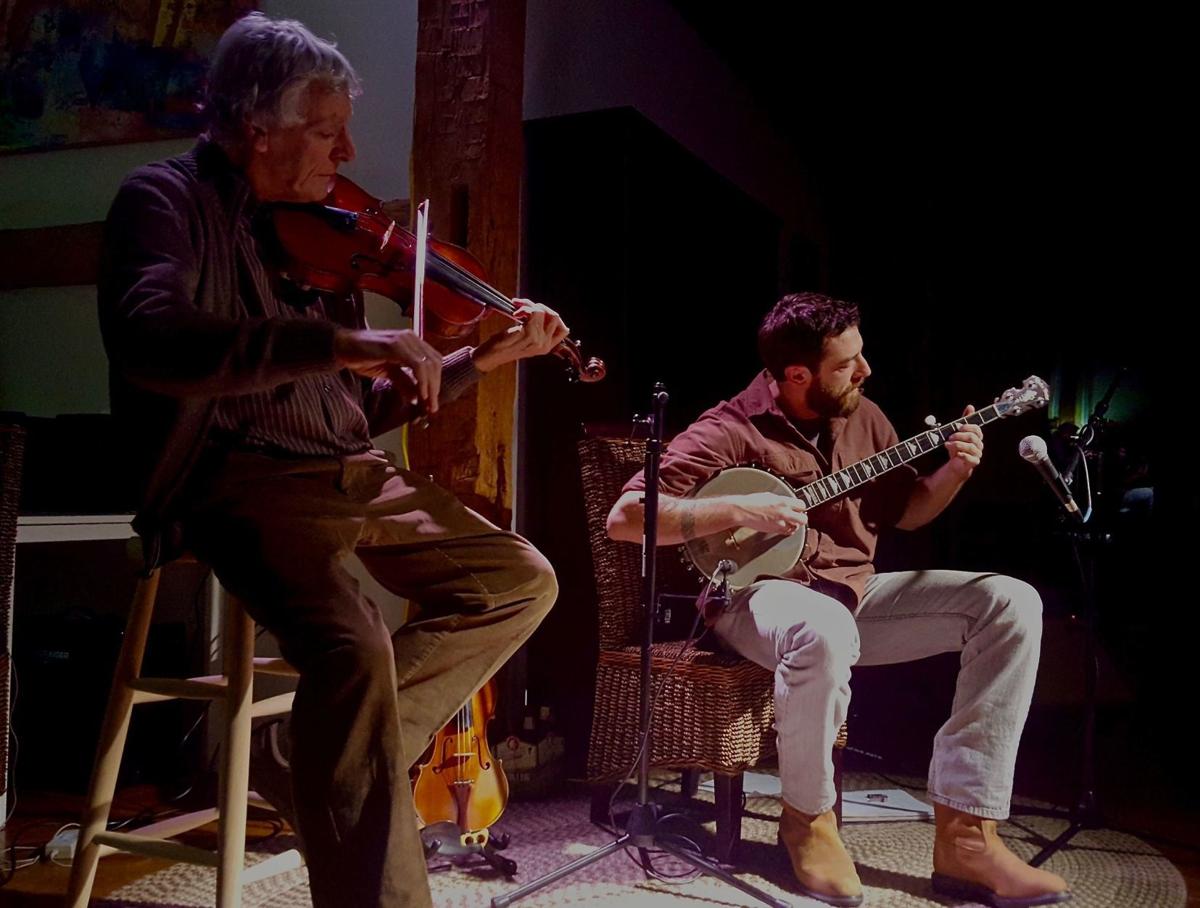 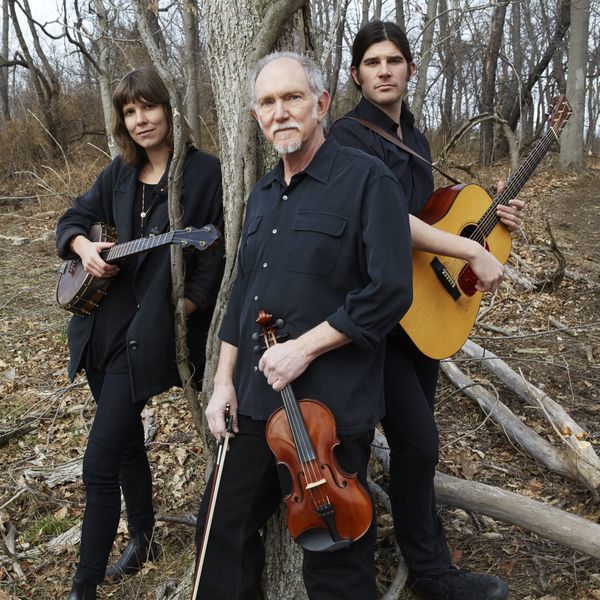 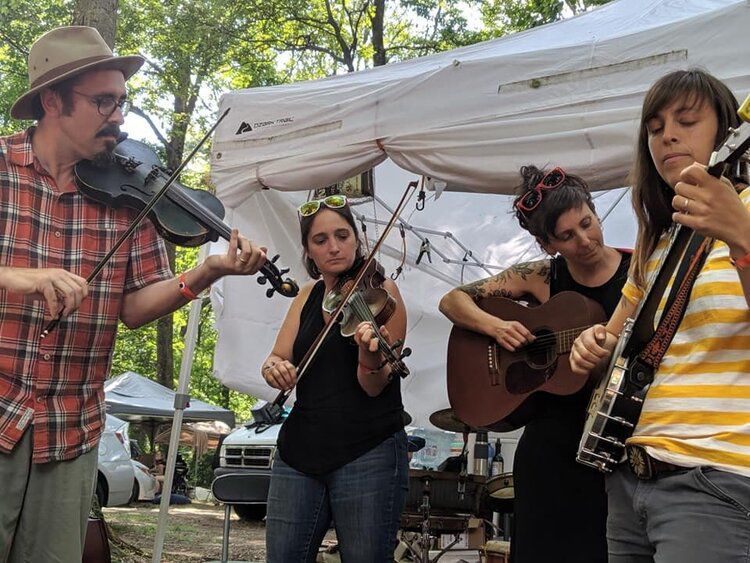 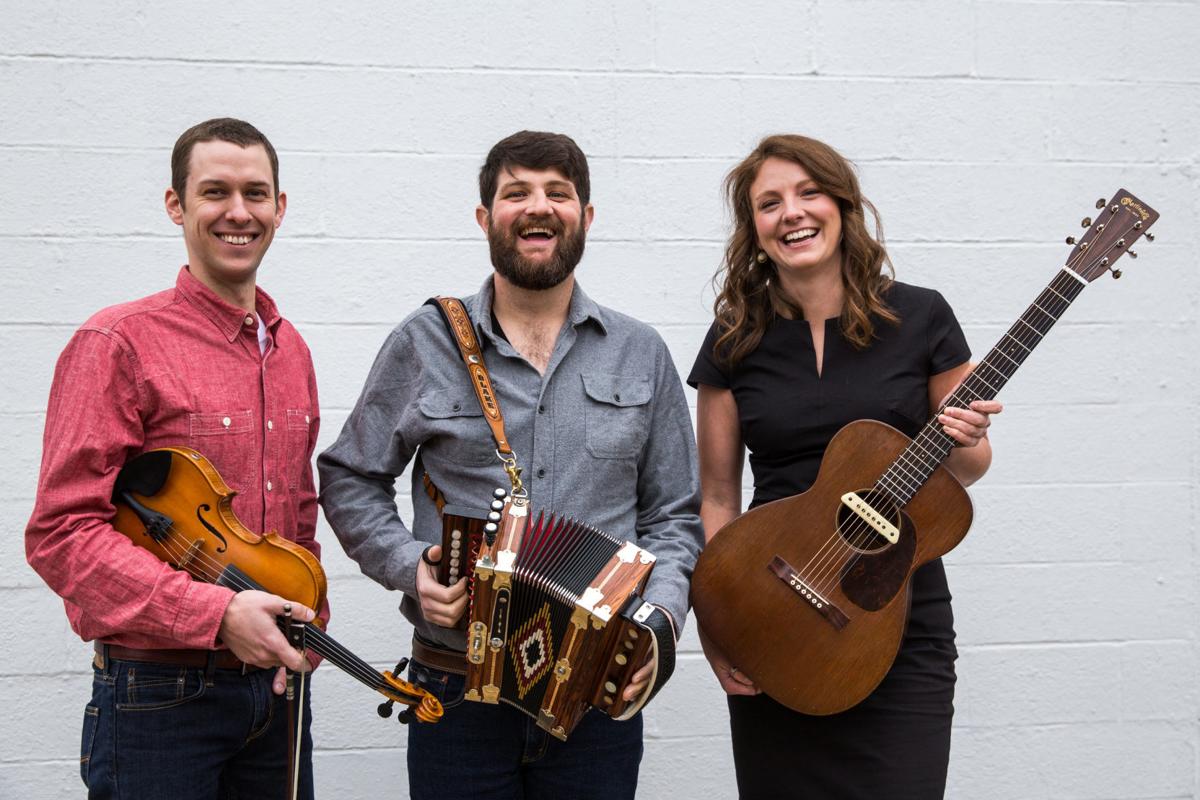 The Summit School’s Dana Robinson (left) is joined by North Carolina fiddler Dave Bass (right) and other instrumentalists for an Old-Time Jam Session at Bagitos as part of the Summit School’s 2019 Spice on Snow Festival in Montpelier. This year’s festival will be held Jan. 23-26 at various venues in downtown Montpelier.

A winter festival, Montpelier’s standout winter music weekend, celebrates a decade of musical entertainment Jan. 23-26 as the Spice on Snow Festival brings a variety of musical styles to the Capital City.

Spice on Snow Winter Music Festival, presented by Summit School of Traditional Music, is a four-day celebration of roots and contemporary folk music. It features outstanding Cajun and old-time musicians from across the country, as well as local talent.

The organizers have chosen topnotch talent for the main concerts on Friday and Saturday. Highlighting the Friday Cajun Dance is The Old Fashioned Aces from Eunice, Louisiana who perform at City Hall Arts Center, present a Saturday workshop and afternoon concert at the Unitarian Church, as well as playing for the late-night Saturday dance at Positive Pie.

Blake Miller and the Old Fashioned Aces perform traditional Cajun music in a traditional setting, with lots of energy and a sense of fun. From old fiddle tunes, to classic dance-floor packers, to bilingual country classics, their music has been dubbed “comfort food for the Cajun music fan.”

Saturday night’s concert at the Bethany Church features Molsky’s Mountain Drifters who will also give Saturday workshops. Bandleader Bruce Molsky, considered “one of America’s premier fiddling talents” (Mother Jones), and Grammy-nominated artist on fiddle, banjo, guitar and song, has been performing for several years with the Mountain Drifters. Allison De Groot is a great clawhammer banjo player and one of the leading female exponents in this new wave of women who perform on banjo. Stash Wyslouch is a dynamic guitarist whose solid backup drives the band.

Also featured at the Saturday night concert is the Young Tradition Youth Commission Touring Group. These teenagers have performed at the festival for several years. Make no mistake, while they may be young, they are exceptionally talented performers who have traveled internationally spreading the word that Vermont is fertile ground for developing great musicianship. They play music from the Celtic lands and Americana.

Romy Munkres is the commissioned artist for 2019-20, and has created an ensemble that includes her brother Ben Munkres and musician friends Abi Sandy, Hadley Stockwell and Fern O’Donnell. Romy Munkres has been a winner at the Young Tradition Vermont annual contest, is an artist leader for the Touring Group, and has performed with them and her family band throughout Vermont as well as in Ireland, Cape Breton, Scotland, Japan, and metro New York-New Jersey.

The Moon Shells who hail from the hotbed of old time music — Brooklyn — perform Friday at the Old Time Jam and at the Saturday dinner concert. The Moon Shells are Maggie Shar, Brian Slattery, Laura Murawski, Molly Merrett and Charlie Shaw, who connected through the Appalachian fiddle community and started playing together. We’ve heard several of the members before at previous festival jam sessions. They are an exciting old-time band.

Matt Downer from Chattanooga, Tennessee, performs traditional old-time music on fiddle, banjo and guitar. He will lead the Saturday family dance at the Rabble Rouser 10 to 10:45 a.m., the Saturday morning fiddle workshop, and Saturday afternoon concert with the Old Fashioned Aces at the Unitarian Church 3 to 4:45 p.m.

A number of Vermont groups are performing for free at different venues around town. You can hear Two Cents in the Till 2 to 4 p.m. Saturday at Barr Hill. This contemporary Vermont string band plays with shades of bluegrass and old-time.

Mark LeGrande performs at 5:30 p.m. Friday at Sweet Melissa’s with his Honkey-Tonk band.

Last Train to Zinkov plays 11 a.m. to 1 p.m. Saturday at Skinny Pancake. David and Nathan Gusakov, father and son, perform original songs and old tunes about life and death and the beauty of the hills. Featuring clawhammer banjo, fiddle, and family harmonies, the Gusakovs’ music draws from Appalachian old-time, Gypsy jazz, classical, and the klezmer of their Eastern European roots.

Adam Agee and Jon Sousa play 11:30 a.m. to 12:30 p.m. at North Branch Café. The duo performs Irish music on fiddle, guitar, and tenor banjo, and has been performing on both sides of the Atlantic Ocean for over a decade.

Old Sky is an Americana outfit located in Burlington, featuring Andrew Stearns and Shay Gestal. The two create music with a strong emphasis on harmonies and respect for traditional music. They perform at the Skinny Pancake 1 to 3 p.m. Saturday.

Patti Casey leads the Bluegrass Jam 1 to 3 p.m. Saturday at North Branch Café. She’s a Vermont music icon who has performed folk, jazz and bluegrass as well as having several albums of her own music.

The Turning Stile performs 6 to 7:30 p.m. Friday at Rabble Rouser. The duo features fiddler and dancer Joanne Garton and multi-instrumentalist and dancer Aaron Marcus. They play a mix of traditional dance tunes from England, Scotland, Ireland, New England, and Appalachia.

John Harrison leads a gospel singing workshop, with Angela Ogle and Dr. Dexter Criss, noon to 2 p.m. at the Center for Arts and Learning.

Sue and Dana Robinson will perform at the Musicians for Donor Sponsor VIP Event. Dana and Susan’s new album, “The Town That Music Saved” won the Times-Argus Tammie for Best Album of the Year, 2019. Seven Days writes, “Dana is a master storyteller, spinning his yarns with the precise skill of an artisan loom weaver.” The Robinsons combine vivid, songwriting and storytelling, with fiddle tunes, banjo grooves, elegant melodies, and rich harmonies.

With so many performances, workshops and jam sessions it’s important to visit the festival website (www.summit-school.org) to study the available events.

The Summit School of Traditional Music presents the Spice on Snow Winter Music Festival Jan. 23-26 at various venues in downtown Montpelier. For schedule, tickets or information, go online to www.summit-school.org.