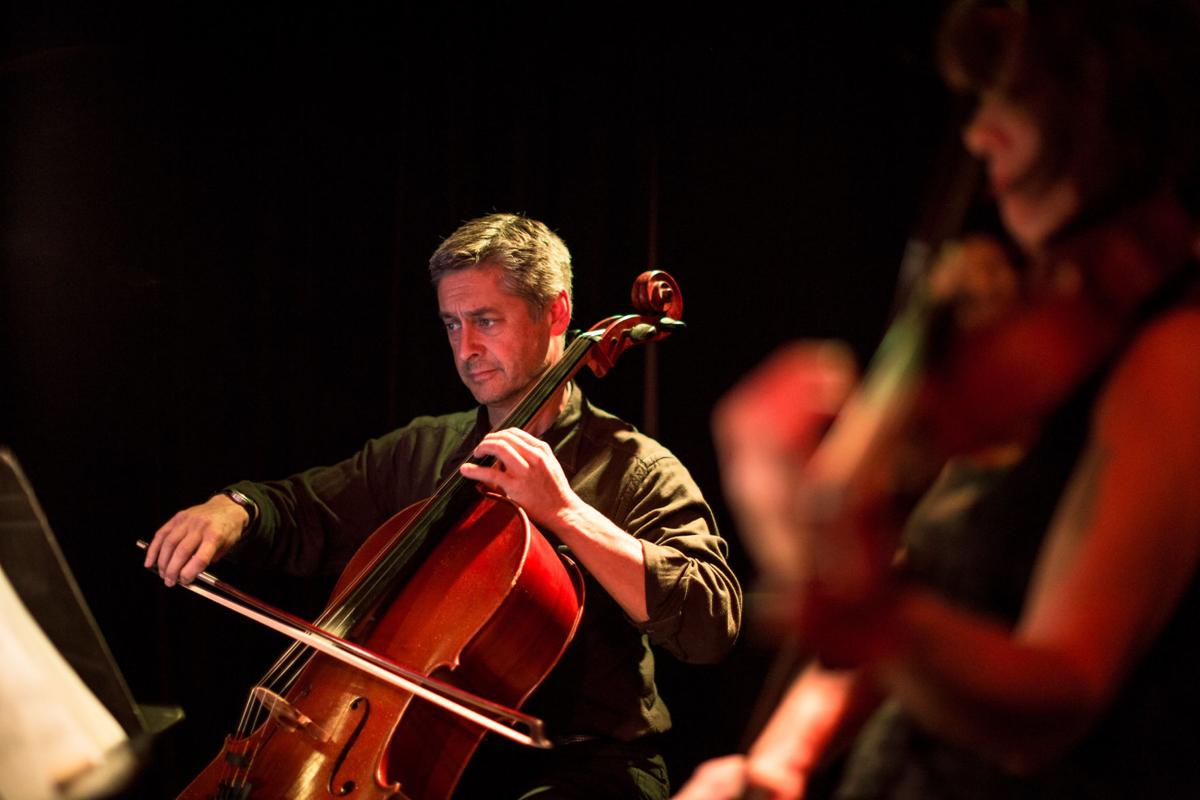 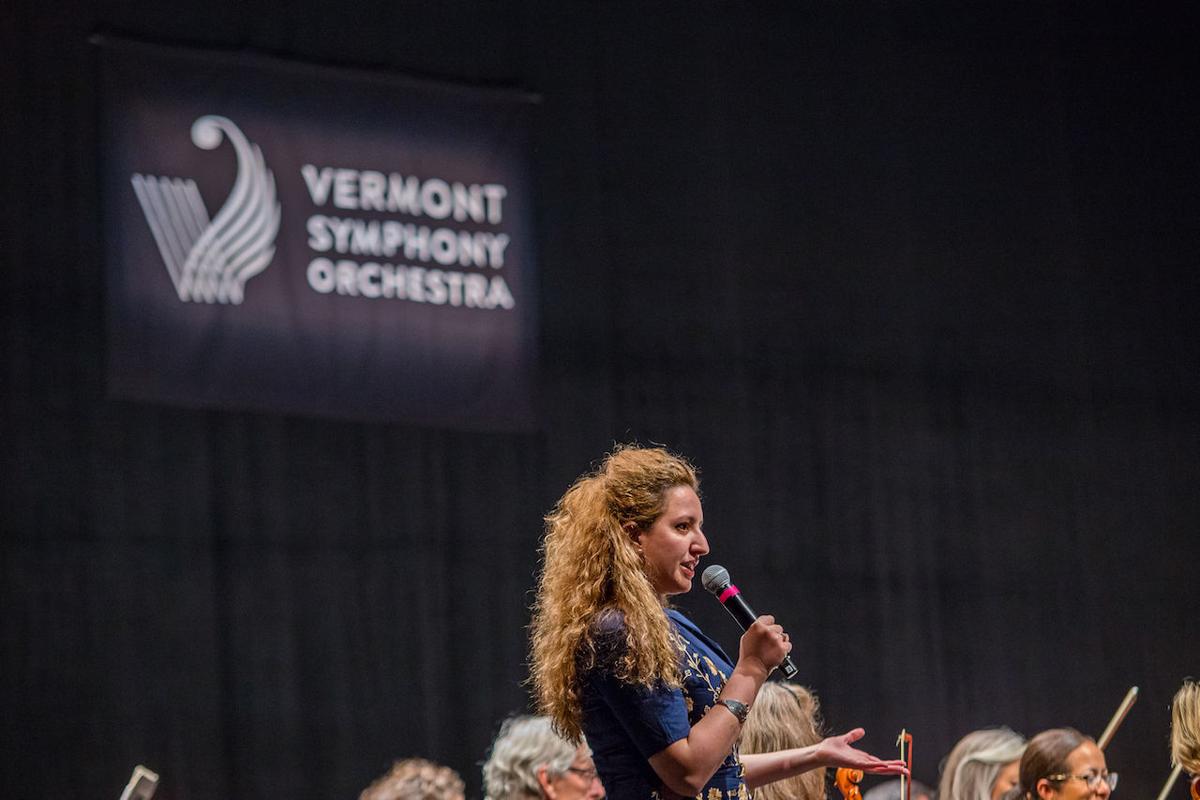 When John Dunlop performs the world premiere of Suad Bushnaq’s cello concert, “Sampson’s Walk on Air,” with the Vermont Symphony Orchestra, it will be the culmination of a love story between a wife and husband — and a very personal connection with music.

The VSO, conducted by Music Director Candidate Akiko Fujimoto, will perform “Sampson’s Walk on Air” with Dunlop as soloist, at 7:30 p.m. Saturday, Oct. 30, at the Flynn Center for the Performing Arts in Burlington. Also on the program is Beethoven’s Symphony No. 1, plus music of Ravel and Jessie Montgomery.

This is where the story begins. A number of years ago Pat Sampson asked John Dunlop, the VSO’s longtime principal cellist, to play a private recital for her husband Frank who was ailing from a degenerative disease. He seemed to respond to music — and he had always loved the cello.

“That was the first time I met them,” Dunlop said. “She was very happy with it and felt that Frank was responsive. And then she had me do it again a year or two later, and she invited some of her family.”

When Frank passed away, Pat Sampson decided she wanted to do something in his memory, so she again approached Dunlop, this time about commissioning a piece of music. He got her in touch with the VSO.

“I put her in touch with Ben Cadwallader (then VSO executive director), and he took it on,” Dunlop said.

Several composers were considered, but the better-known ones were booked far ahead. They decided upon the Jordan-born Bushnaq, whose “Ghadan (Tomorrow)” had been successful performed by the VSO on the 2017 Holiday Pops program conducted by Anne Decker.

Bushnaq, with 30 film score credits within the past five years, scored award-winning features and shorts that screened at festivals, including “Hot Docs,” “Edinburgh,” “Dubai” and “Seattle,” to name a few. She won the Hollywood Music in Media Award-Exceptional Instrumental Performance for “Tomorrow.”

“It’s a bit different from ‘Tomorrow,’” Bushnaq said of the concerto, from Toronto where she lives. “Pat wanted a work that was heroic, that had a bit of simpleness in it, something that showed who Frank was.”

“In conversations with Pat, it was made clear that she was not interested in a really modern style piece, like 21st or 20th century (avant-garde) modernist,” Dunlop said. “So, along those lines, Suad’s style, if I were to give a word to it would be neo-Romantic. There’s lots of drama in it, and its outgoing style expresses Frank’s love of life.”

“The first movement reflects Frank’s love of life, delight, his personality,” Bushnaq said. “The second movement is a tribute to his wife Pat, actually. That movement’s a bit on the romantic side. Pat didn’t want anything overly romantic, but I wanted the middle movement to show their life. And the third movement is called ‘Dance of Life,’ being an actual dance celebrating life.”

According to Dunlop, it’s well written for the cello.

“It takes advantage of all the ranges of the instrument that one can do,” he said. “It certainly plays to the singing, vocal, romantic quality of the instrument — but there are plenty of technically ambitious parts as well.

“I haven’t played a concerto with an orchestra for several years, so I’m excited,” Dunlop said.

“At the same time all this was happening,” Dunlop said. “Pat was developing a really deep interest in classical music, which she never really had before despite her husband’s expressed love for the cello. I think it’s in a way connecting her more deeply to the memory of her husband.”

The Vermont Symphony Orchestra, conducted by Music Director Candidate Akiko Fujimoto, will begin its 2021-22 season at 7:30 p.m. Saturday, Oct. 30, at the Flynn Center for the Performing Arts in Burlington. The program features Beethoven’s Symphony No. 1 and the world premiere of Suad Bushnaq’s “Sampson’s Walk on Air” with VSO principal cellist John Dunlop, plus music of Ravel and Jessie Montgomery. Tickets are $8.35-$54.23, online only at www.vso.org Proof of vaccination or proof of negative COVID-19 test, and masks are required for admission.