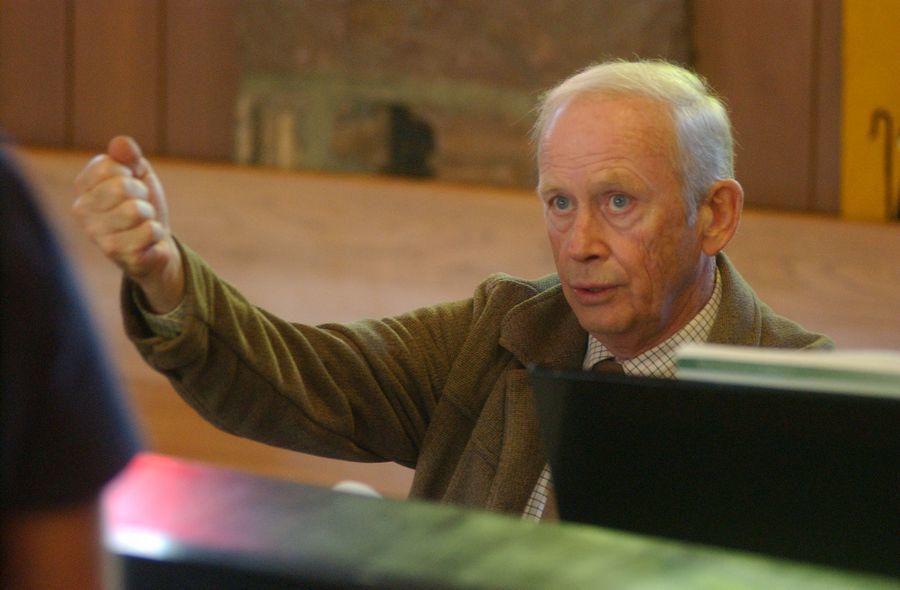 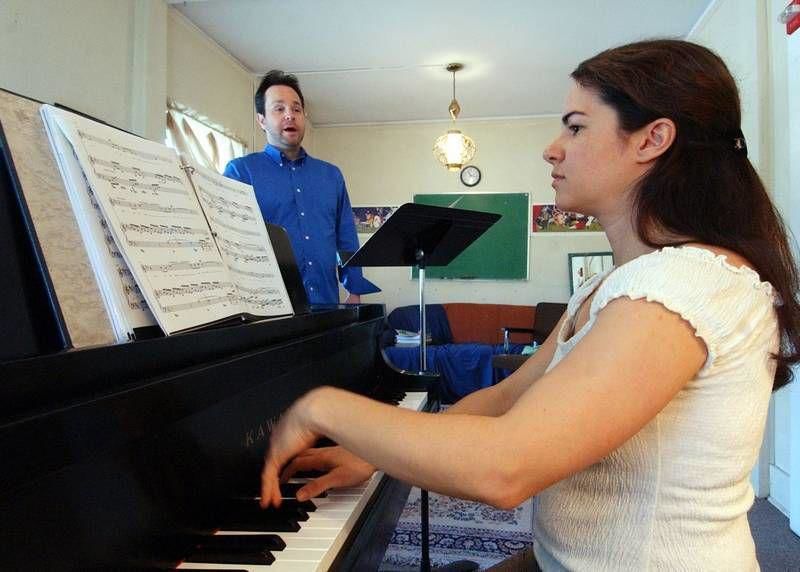 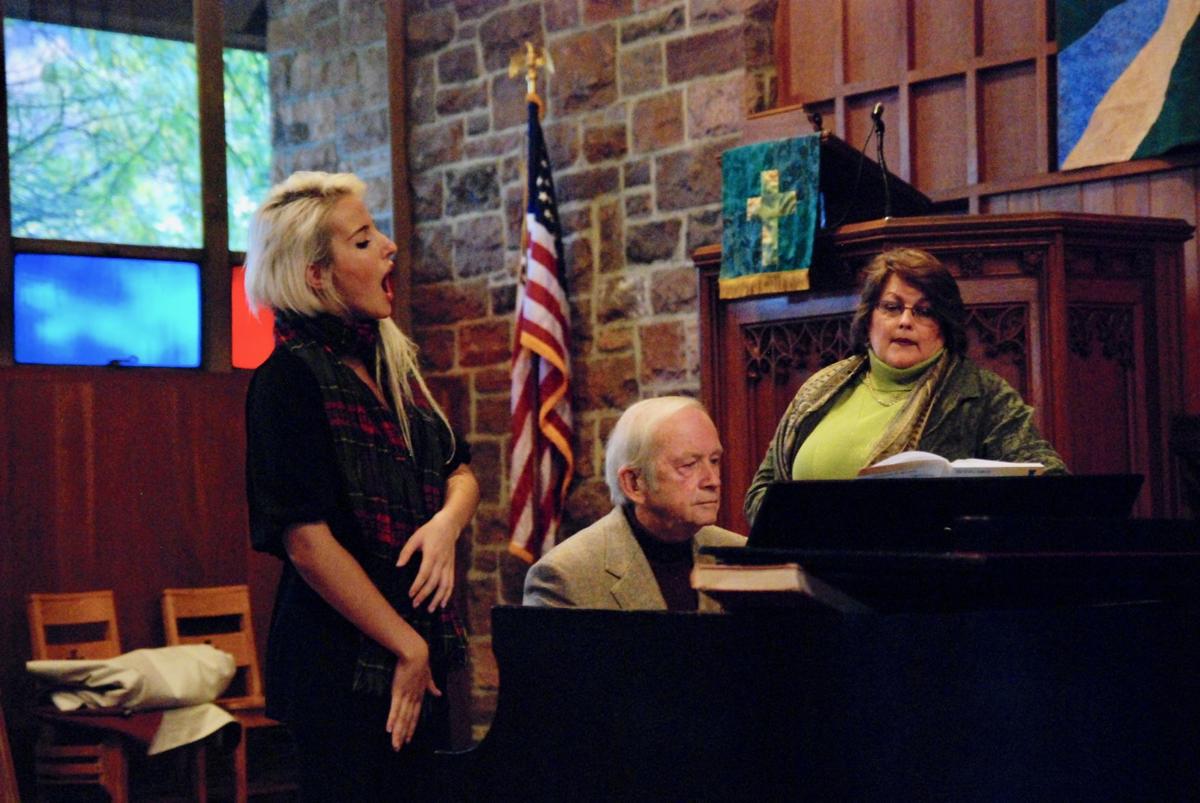 Dalton Baldwin, center, accompanies a singer at a master class at Bethany Church in Montpelier in 2009.

Dalton Baldwin, center, accompanies a singer at a master class at Bethany Church in Montpelier in 2009.

Pianist Dalton Baldwin earned great fame collaborating in concert and on recordings with great singers like Gérard Souzay, Elly Ameling, Arleen Auger and Jessye Norman. But he may have made a bigger impression teaching the next generation the art of song — “lieder” in German, “melodie” in French and “art song” in English.

On his way home from teaching in Myanmar and Japan, Dec. 12, Baldwin took ill midflight, just a week short of his 88th birthday. The flight was diverted to Beijing, where medics were unable to save him.

These classes were so inspired and had such musical depth that the late Louis Moyse, flutist, pianist composer and Marlboro Music co-founder, then living in Montpelier, attended the master classes when he was able.

“I was always addicted to the human voice,” Baldwin said at one of his classes. “But then when you find beautiful poetry that complements it, it’s fulfilling.”

Born in Summitt New Jersey in 1931, Baldwin began his musical training at Juilliard and then went to the Oberlin Conservatory of Music. He continued his studies in Paris with Nadia Boulanger, and in 1954 he began his long and successful partnership with the French baritone Souzay.

While maintaining his partnership with Souzay, Baldwin began to perform and record on a regular basis with Ameling, the Dutch soprano, in 1970. In the mid-’70s, he began an association with Jessye Norman, both on stage and in the recording studio. Baldwin was personally coached by composers Poulenc, Sibelius, Martin and Barber, and has made more than 100 recordings of song recitals.

The central Vermont master classes began in 1991 when North Montpelier soprano Celina Moore and Joan Stepenske, Vermont Opera Theater’s president, decided that the area needed opportunities for singers to learn as well as to perform. Moore had already had lessons with Baldwin.

Different years, classes were at Johnson State College, Goddard College in Plainfield, Adamant Music School and downtown Montpelier. At one location, Baldwin would coach singer and pianist teams, while at another, his colleague Lorraine Nubar, a Juilliard faculty member, would teach vocal technique.

“They’re incredibly inspiring,” explained Cabot pianist Diane Huling, a regular participant. “They elevate instantaneously the musicianship of everybody. It’s the intensity you have to have in this small amount of time you have on stage working with them. You just have to do better than you thought you could do before.”

“Why not?” Baldwin said. “I’m trying to encourage them to express themselves. I find that people are happier if they have a means of self-expression.”

But it was Baldwin’s teaching of the young professionals that proved most valuable to the other singers and pianists, and to the audience. Canadian tenor Dillon Parmer, then in his third year at the class, said that he came for the inspiration and feedback from the two masters.

“Dalton gives you a sense of the human experience that’s embodied in each piece, and how to bring that experience to life in both the singing and the playing of the piano,” Parmer said. “From Lorraine you learn how to use your body to convey that in the sound of your singing, how to allow your body to resonate the experience in sound so that other people can feel that too.”

An interaction in the 2009 class illustrates Baldwin at work.

“I think it was very touching. You were touched too. That’s what needs to happen,” he told Montreal soprano Julie Daoust, who had just sung Charles Gounod’s lament “L’Absent” at Montpelier’s Bethany Church.

This was the second time around. After she sang it the first time, Baldwin initially complimented the singer then explained how it could be better. The first time was good, the second tore at the heartstrings.

“I believe in M&Ms — magical moments,” Baldwin said to the audience, adding, “It’s kind of refreshing for a soprano to get all the words.”

Baldwin spoke with the gentle voice and manner that would be expected from his quietly elegant and understated appearance.

“The most important thing is that they connect with the poetic musical lines,” Baldwin said of another soprano he was considering working with long-term.

“I feel she’s not connected with the words, so I’m hesitating,” he said. “I’m afraid that she might become one of these singers with beautiful high notes, but it won’t mean anything. I like it when people are willing to expose themselves.”

Meanwhile, Baldwin was asking more from soprano Gina Oh, a music student at the University of Montreal, in Brahms’ “Von Ewiger Liebe.”

“Is there any way you can make a crescendo on that note? I know I’m asking the impossible,” he said. “If you can, I’ll buy you an ice cream cone!”