Lost Nation Theater’s staged reading of Shakespeare’s “A Midsummer Night’s Dream” Sunday at the Vermont State House is the first live theater production in Vermont since the beginning of COVID-19 production. Pictured is the cast during rehearsal. 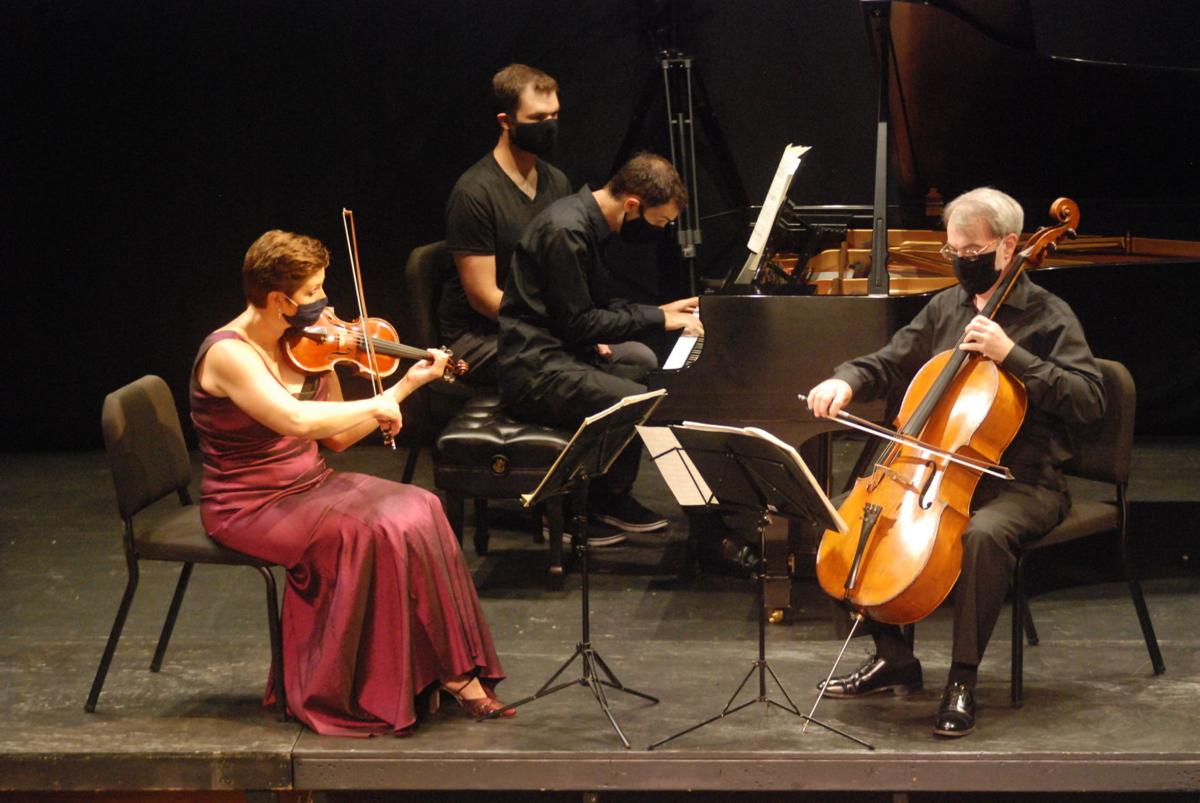 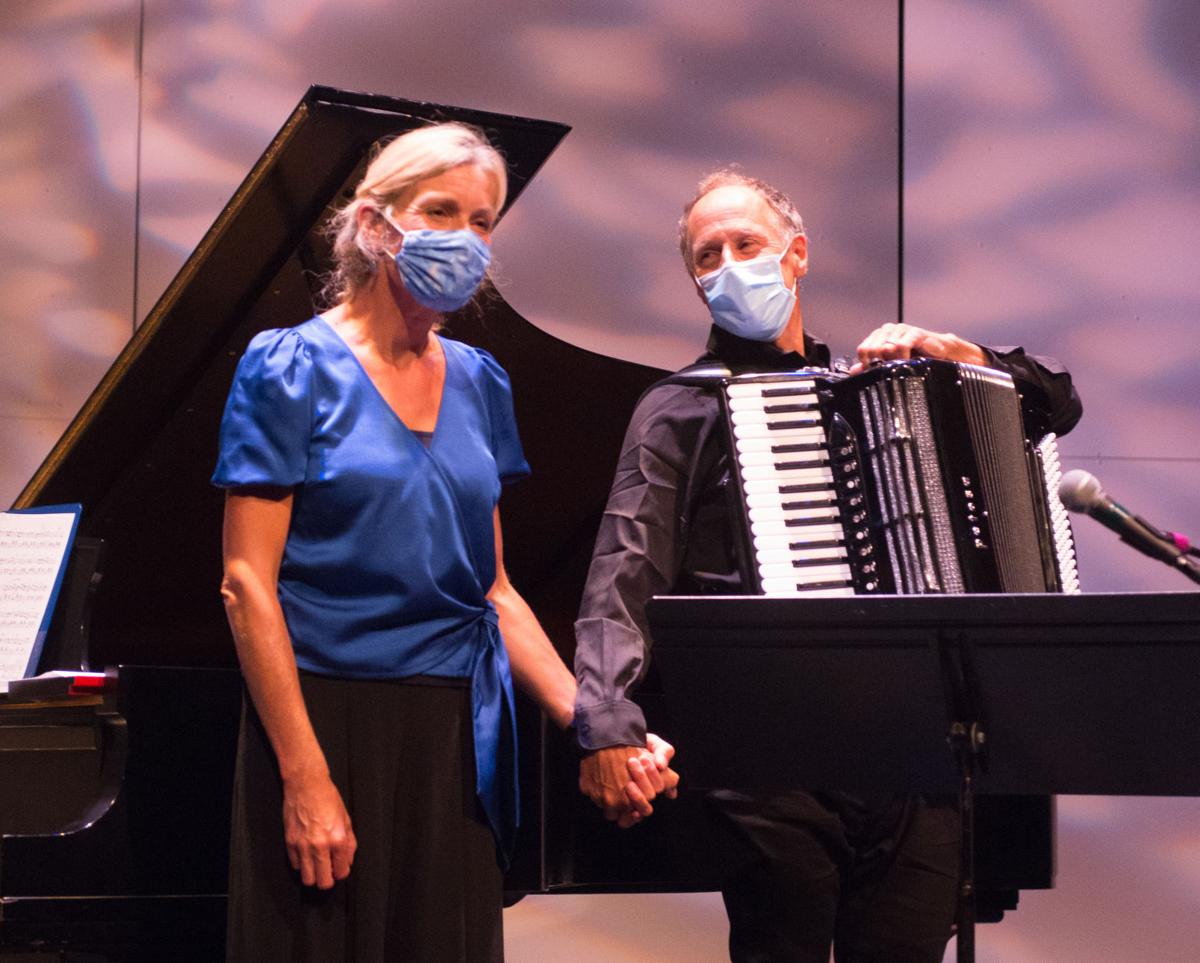 Lost Nation Theater’s staged reading of Shakespeare’s “A Midsummer Night’s Dream” Sunday at the Vermont State House is the first live theater production in Vermont since the beginning of COVID-19 production. Pictured is the cast during rehearsal.

Last Sunday afternoon, the enthusiasm of the all-ages crowd gathered in front of the Vermont State House was palpable as Lost Nation Theater presented a staged reading of William Shakespeare’s “A Midsummer Night’s Dream.” It wasn’t that the performance was so great — it was fun, but it was rough — but it was the first Lost Nation production appearance this year.

In fact, it was likely the first live theater in Vermont since the beginning of the COVID-19 pandemic.

In community theater, BarnArts has just announced a statewide tour of its reading of “It Can’t Happen Here,” a radio-style play based on the Sinclair Lewis novel. The show opens at 2 p.m. today (Sept. 26) at the Fable Farm Orchard in Barnard, and continues for seven more performances around the state ending in White River Junction Oct. 25 (see article, page D7).

As for the professionals, Northern Stage will be right on Lost Nation’s heels with the first indoor LORT (League of Resident Theatres) company production in the country. The White River Junction is presenting Stephanie Everett in the world premiere of her one-woman show “It’s Fine, I’m Fine” Oct. 7-25 at the Barrette Center for the Arts.

Music has fared a bit better. In the non-classical world, drive-in concerts were instituted this summer by Higher Ground at the Champlain Valley Fairgrounds, and Catamount Arts at both Lyndonville and Johnson campuses of Northern Vermont University. But that was after Stowe’s Spruce Peak Performing Arts Center invented drive-around concerts — where the musicians performed on a truck trailer that was driven from place to place.

Classical music went a bit deeper, so to speak. During the summer months, Taconic Music presented four excellent indoor chamber music concerts, the first in the state, at Burr & Burton Academy’s Riley Center for the Arts in Manchester. Concerts were also live-streamed, and state regulations were followed to the letter.

Central Vermont Chamber Music Festival kept its finger in the pie with a sole indoor performance at Randolph’s Chandler Center for the Arts by the Cassoto Duo, also live-streamed. Annemiecke (Spoelstra) and Jeremiah McLane, unusually a concert pianist and accordionist, performed beautifully, despite their Sharon home having just burned to the ground. (Chandler continued with this model for several traditional concerts including the Sept. 6 New World Festival.)

All of the indoor performances, music and theater, had limited audience size and reservations were required. Audience members or groups were appropriately separated and all activities were supervised.

Outdoor concerts allowed for larger but still controlled audiences. Opera North offered two sold-out blockbuster performances at its Blow Me Down Farm in Cornish, New Hampshire, Broadway star Klea Blackhurst’s tribute to Ethel Merman, “Everything the Traffic Will Allow,” and Mozart’s opera, “The Magic Flute,” with a 24-piece orchestra. On a smaller size, the Vermont Symphony Orchestra presented pop-up outdoor concerts by intimate ensembles around the state, while the Craftsbury Chamber Players covered the northern part with a bunch of concerts.

Announced for this fall: nothing from professional music or theater organizations.

In fact, only Northern Stage has hinted that it is awaiting permission from Actors’ Equity Association to take another of its streamed “Tiny Necessary Theater” series on stage. But, for now, most of our theater and music will be streamed.

Our other major theaters remain busy – streaming. Weston Playhouse, Vermont’s oldest professional theater, created “One Room,” a fascinating commissioned program of 14 five-minute one-person plays by important American playwrights on YouTube. Currently it is presenting weekly premieres of songs by Weston composers online, as well as daytime outdoor concerts at the Vermont Country Store. And there is more to come.

Dorset Theatre Festival’s efforts have been less public. Following up on its mission of creating new work, it has brought together playwrights with professional actors providing employment for both. Currently in development is Dorset’s first commission, an adaptation of Brattleboro author Ann Braden’s young adult novel “The Benefits of Being an Octopus” by New York playwright Cusi Cram. Now available to the public is “Grace,” streamed excerpts of works-in-progress by Dorset’s Women Artists Writing Group.

Lost Nation’s abridged “A Midsummer Night’s Dream” was special for more reasons than that it was the first, and that it was Shakespeare. Most prominent was the Ann Harvey sparkle. The Duxbury professional theater artist directed the company’s first Fall Foliage Shakespeare 25 years ago, returning after a much too long hiatus. Despite only two or three rehearsals, she brought out the deep comedy of this masterpiece.

Secondly, some of the area’s best professionals volunteered their time and skills. Among them were G. Richard Ames, Sorsha Anderson, Kim Bent, Lisa Jablow, Maura O’Brien, Mark Roberts, Dominic and Maren Spillane, Carolyn Wesley and Margo Whitcomb, among others.

So when do we see a full production? For that matter, when are others going to find a way to start producing again?

Jim Lowe is arts editor of The Barre-Montpelier Times Argus and Rutland Herald, and can be reached at jim.lowe@rutlandherald.com or jim.lowe@timesargus.com