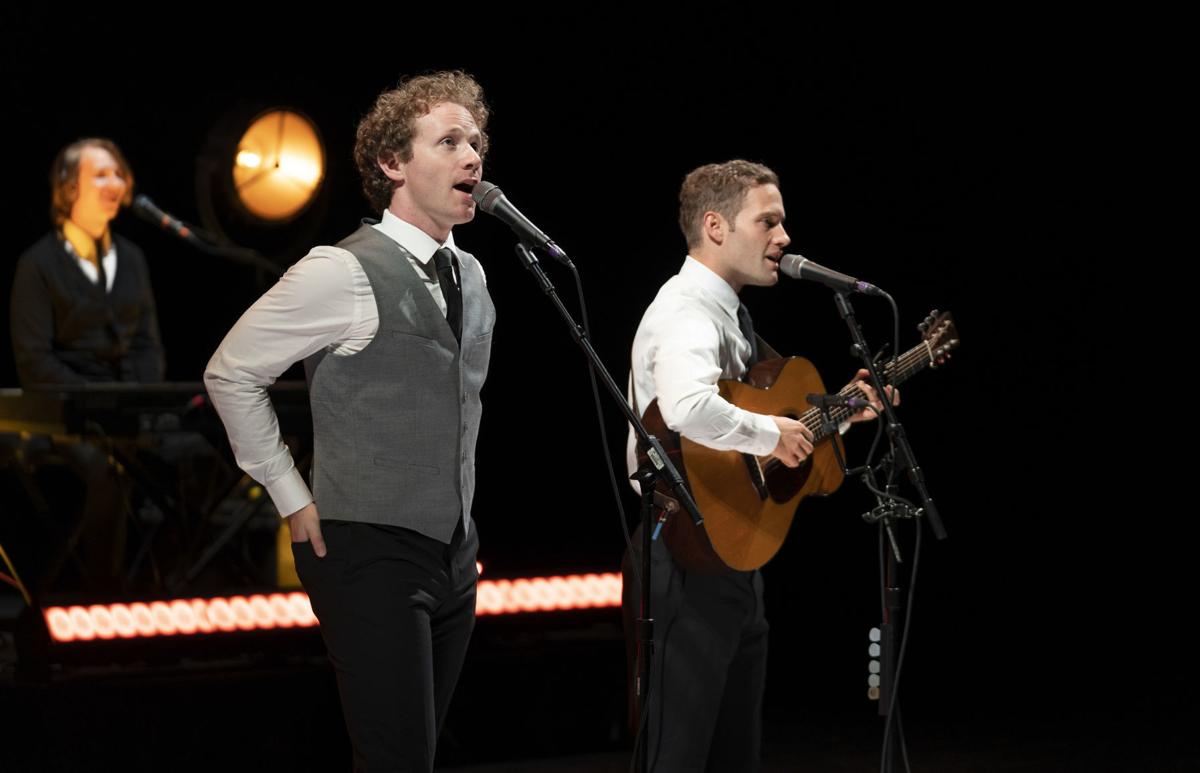 Andrew Wade and George Clements as Art Garfunkel and Paul Simon in “The Simon and Garfunkel Story,” coming to Rutland’s Paramount Theatre Jan. 12. 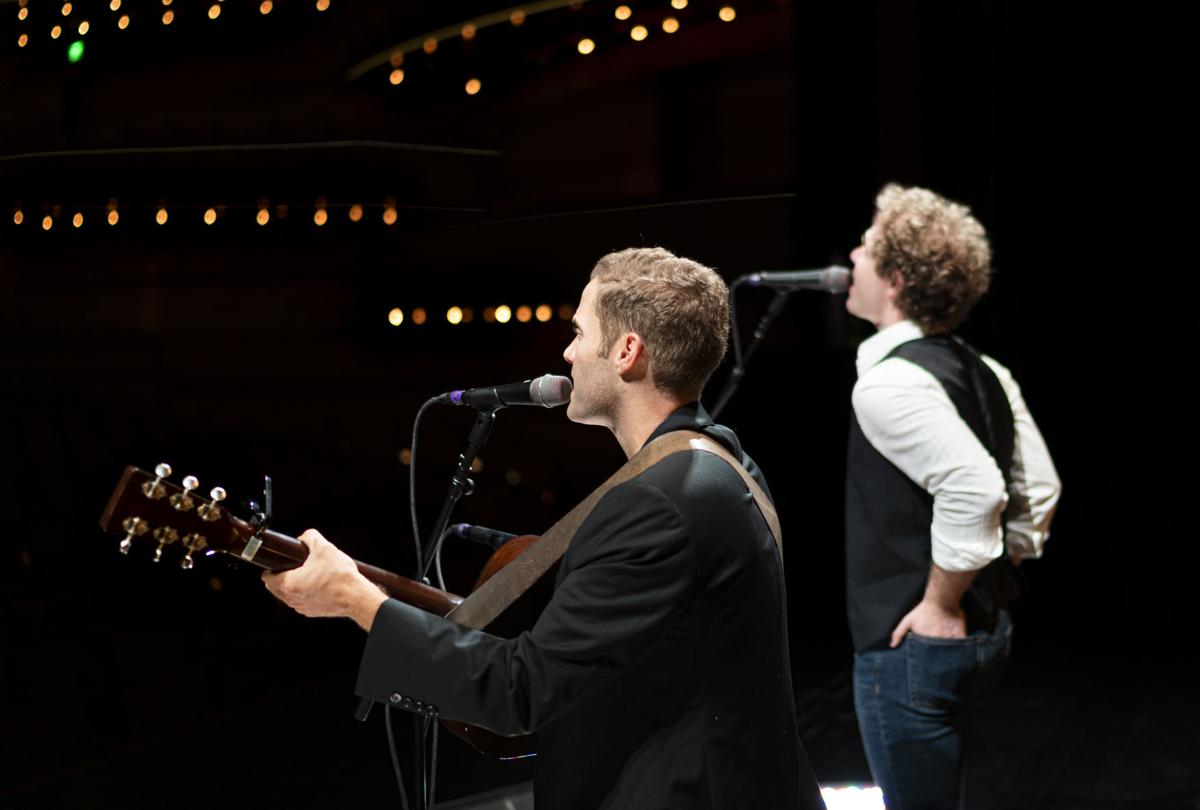 Andrew Wade and George Clements as Art Garfunkel and Paul Simon in “The Simon and Garfunkel Story,” coming to Rutland’s Paramount Theatre Jan. 12.

Initially there were five to 10 Paul Simons. Producers cast Andrew Wade as Art Garfunkel and asked him to wait it out while they searched for the right Paul Simon.

A casting mix and match to see who fit well resulted in George Clements as Paul Simon. And now through state-of-the-art video projection, incredible lighting, a full live band and the two talented impersonators, “The Simon & Garfunkel Story” is brought to life — a concert tribute featuring all the hits from “Mrs. Robinson,” to “Bridge Over Troubled Water,” “Homeward Bound,” “Scarborough Fair,” “The Sound Of Silence” and many more. It’s coming to the Paramount Theatre in Rutland at 7 p.m. Sunday, Jan. 12.

When Paul Simon and Art Garfunkel were just two youngsters from Queens, New York, no one could have guessed that they would go on to become one of the world’s most successful music duos of all time. Their music defined a generation, and although you can’t see them live anymore, you can see the next best thing.

Wade is a New York-based actor and musician who has performed all over the world including Off-Broadway productions of “The Office: A Musical Parody,” “West Side Story” and “Rent.” He plays guitar, piano, mandolin and stand-up bass, and just happens to look and sound like Garfunkel.

“I auditioned for it because it’s what I do professionally. I love their music, and it seemed like a great gig and a fun gig,” Wade said by phone Monday morning.

“It was instant connection,” he said on being paired with Clements. “Instant vocal ease with each other.”

Wade described the show saying, “We tell the story along the way, but it’s mostly about the music. It’s a lot of fun emulating their sound that isn’t necessarily how I would naturally sing, but finding that quality, that harmony.”

The set list includes a whopping 31 songs, which Wade spent about a month learning before rehearsals began.

“We only had about three days of rehearsals together, so we learned on our own prior,” he said. “Then we headed out for tour and worked with the band for about a week before we opened.”

After more than 50 years since the rise of their popularity, what is it about the music of Simon and Garfunkel that has lasted and continues to resonate with people? Wade says, “The lyricism is gorgeous. And there’s a simplicity and beauty to the sound. It also has complexity; it’s not simple like a lot of pop music today, which is basic, so it’s replaceable by any other pop song that comes along.

“And there’s something special in their voices and their compatibility and friendship that’s been very interesting to me,” Wade added. “I really research the people I portray, and I think it was the right people coming together at the right time. I think we do a good job of exemplifying what Simon and Garfunkel were, and really letting people be part of what that magic was. We’re not Simon and Garfunkel, but this is kind of the next best thing.”