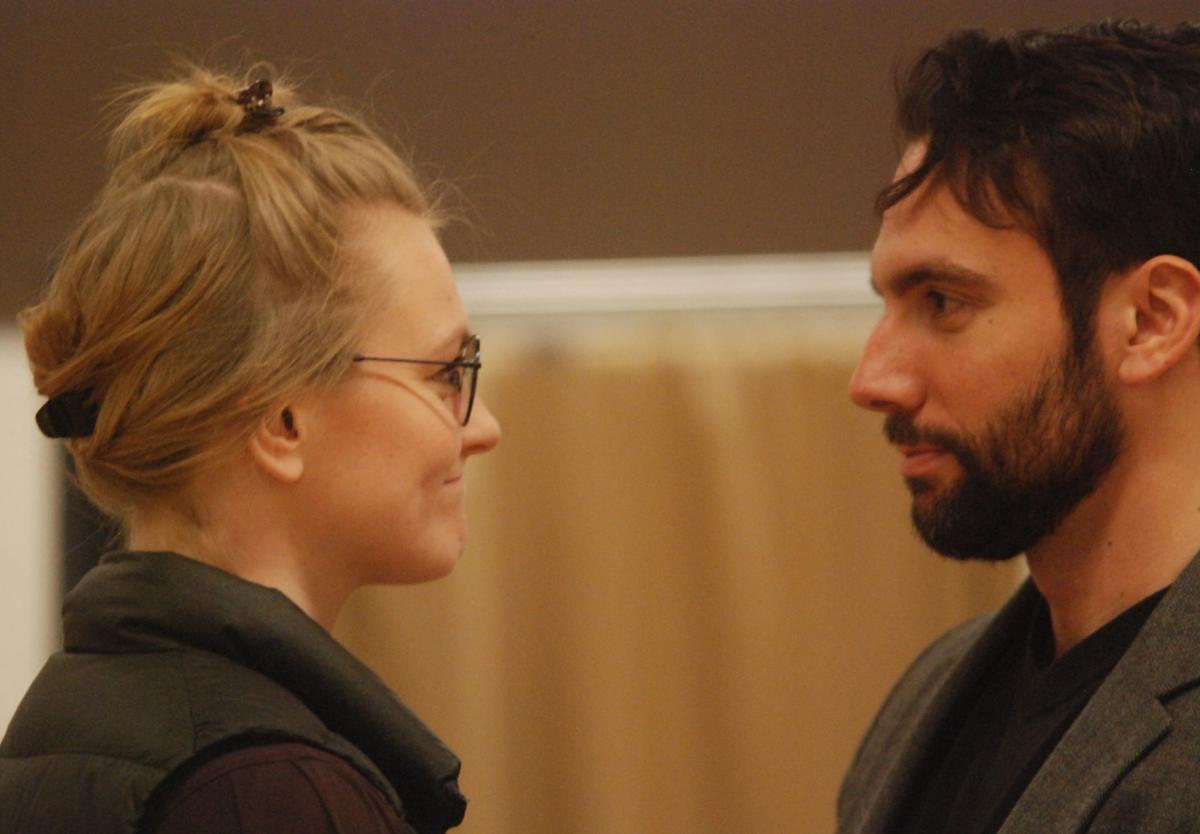 Kerstin Anderson is Maria Rainer and Matt Faucher is Capt. Georg von Trapp in rehearsal for the Northern Stage production of “The Sound of Music,” running Nov. 20-Jan. 5 at the Barrette Center for the Arts in White River Junction. 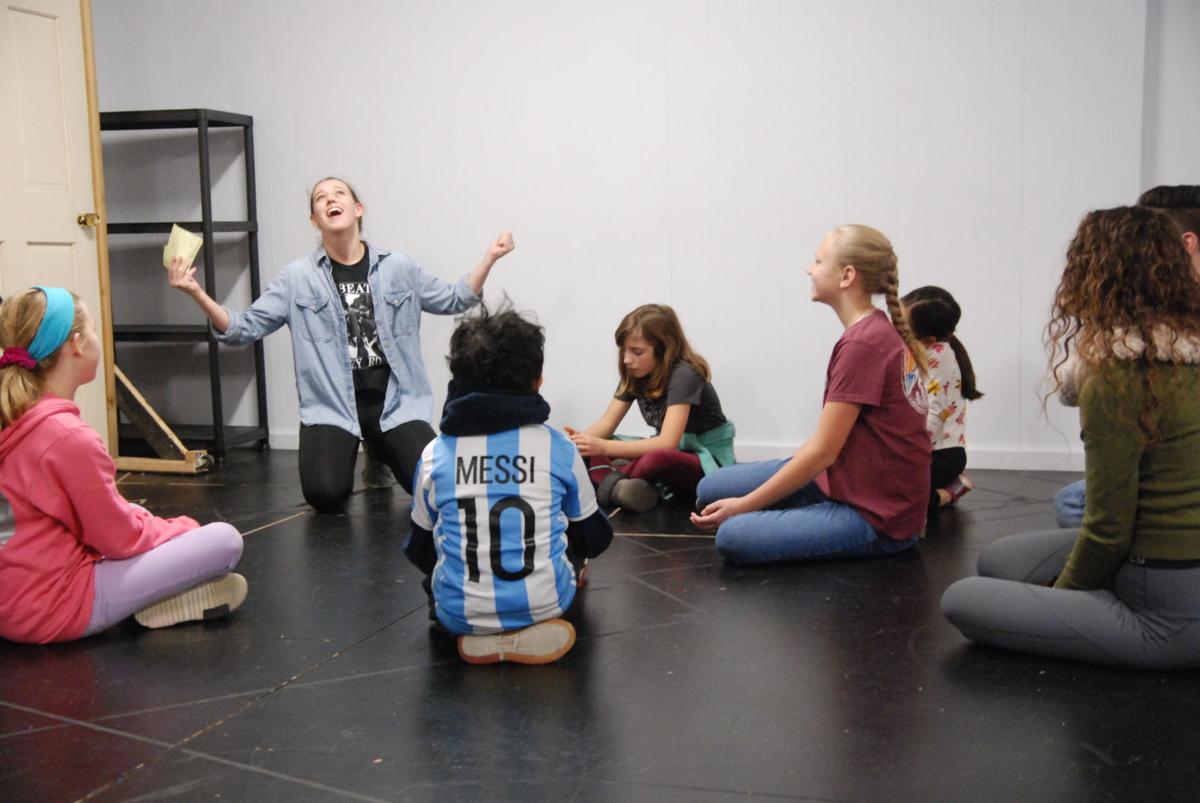 One of two teams of young actors prepares for Northern Stage’s “The Sound of Music.” 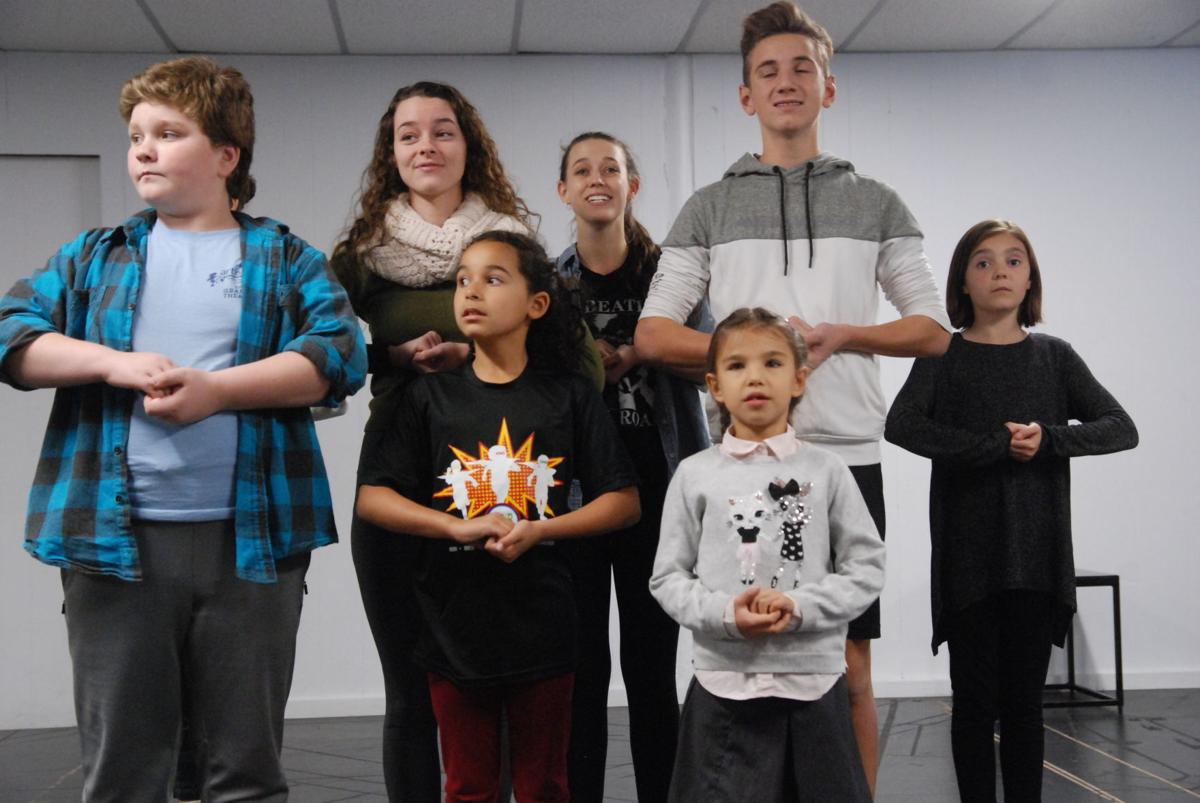 The other team prepares for Northern Stage’s “The Sound of Music.” 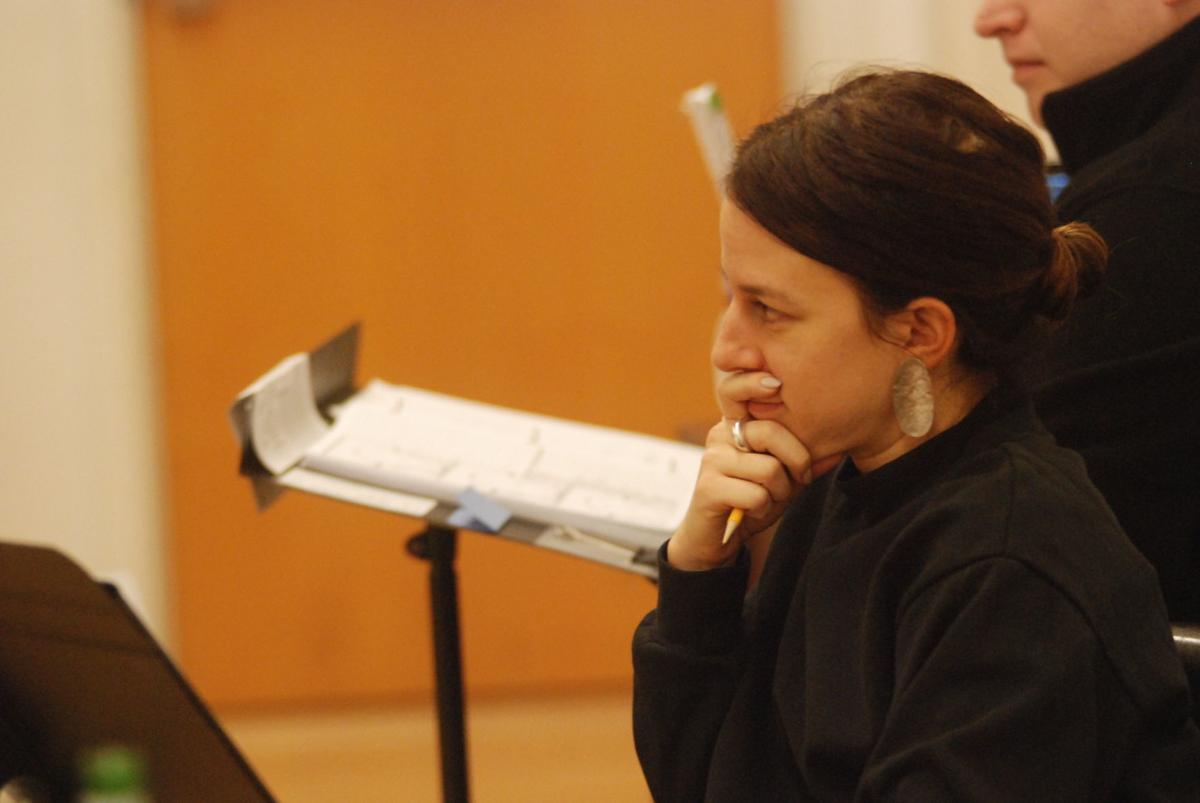 Kerstin Anderson is Maria Rainer and Matt Faucher is Capt. Georg von Trapp in rehearsal for the Northern Stage production of “The Sound of Music,” running Nov. 20-Jan. 5 at the Barrette Center for the Arts in White River Junction.

One of two teams of young actors prepares for Northern Stage’s “The Sound of Music.”

The other team prepares for Northern Stage’s “The Sound of Music.”

“The Sound of Music,” one of the most popular of all musicals, immediately brings to mind some of Broadway’s greatest songs, like “My Favorite Things,” “Do-Re-Mi” and “Climb Ev’ry Mountain.” For Vermonters, it’s a little more personal, with memories of Maria von Trapp and the Trapp Family Lodge in Stowe.

However, the 1959 Broadway musical — the basis for the 1965 hit film starring Julie Andrews — is about much, much more than that.

“There is something just magical about the show,” explains Maggie Burrows, who is directing Northern Stage’s holiday production.

“In part, it’s because the themes themselves are so human and so relatable. I think figuring out what you want to do with your life is such a fundamental question that has resonated with every single generation,” she said between rehearsals.

“In this production, what I am after is that there is this domestic human arc in the story, which is a kind of marriage comedy between Maria and Capt. von Trapp — which is then interrupted by the historical arc of the annexation of Austria by Nazi Germany,” she said.

“History is waiting in the corner, so the question becomes, not what do I want to do, but am I going to be able to stand up to this?”

And then there is the music.

“How do you bottle magic? How do you catch a moonbeam in your hands?” Burrows said. “I have a lot of younger children in my life. Even before I knew that I was going to do this show, ‘The Sound of Music’ is the first music I played for them — and they innately understood.”

Northern Stage will present “The Sound of Music” Nov. 20-Jan. 5 at the Barrette Center for the Arts in White River Junction. As its annual holiday production, the Upper Valley professional theater will offer many extra performances and matinees, particularly during the school holidays. The cast of professional adults will be joined by two alternating teams of young thespians trained in Northern Stage’s education programs.

The show, with music by Richard Rodgers, lyrics by Oscar Hammerstein II, and a book by Howard Lindsay and Russell Crouse, was based on “The Story of The Trapp Family Singers” by Maria von Trapp. Its Broadway production won five Tony Awards, including Best Musical and Best Performance for a Leading Actress in a Musical for Mary Martin. (The film won five Academy Awards but, alas, not for Andrews — she won hers the previous year for “Mary Poppins.”)

In 1938, Austria is on the brink of Nazi German annexation, Maria finds herself a struggling novice in a convent, always in trouble for her playfulness and penchant for breaking into song. To decide whether she really wants to be a nun, Maria is sent to act as governess for seven motherless children.

But Capt. von Trapp, their father, is even stricter than the convent. Maria is a breath of fresh air for the children, and soon they are playing and singing together. That brings Maria and the captain to loggerheads — until they discover they are in love (after a few misadventures, of course).

But the anti-Nazi Capt. Von Trapp is ordered to accept a commission in the German Navy, with dire consequences if he doesn’t. In short, it’s do or die for the von Trapp family — and they do.

“This is a story that begins at a time when hateful language, hateful thinking, violence was just on the periphery of their life and begins to move in,” Burrows said. “Even in the first part of the show, in the marriage comedy, it’s there.”

Life is what happens while you’re busy making other plans.

“Maria isn’t sure what’s right for her, and she has all these impulses that she feels are wrong while she’s in the church, and that confuses her,” Burrows said. “And then she goes to the house and her impulses are all right. So that’s the question at the center of the play.

“And if the play were just that question, it might not feel as resonant and meaningful and fundamentally human as it does,” she said.

The insidiousness of the Nazi menace is illustrated through Rolf, Liesl’s 17-year-old boyfriend, who succumbs to the possibilities of the new regime.

“You could look at Rolf’s costume trajectory and understand the way that it is beginning to influence the people in the country,” Barrows said. “I think Rolf can be such an important character in the show.”

The Nazi infiltration of the different classes can be seen in the way that Elsa, the captain’s aristocratic fiancée, accepts it and is complicit in a very different way than Rolf.

“I think that as long as you can feel sympathetic, the more you implicate the audience,” Barrows said. “They see that there is a fragility to human existence — and we often are seduced by things that make us bigger or stronger.”

For Barrows, with the forces and facilities of one of Vermont’s top professional theaters at her fingertips, the biggest challenge of “The Sound of Music” is its ubiquitousness. First, most audience members will be familiar with the songs.

And Barrows has the advantage of Northern Stage’s Barrette Center for the Arts.

“The characters in this space are so close to you,” she said. “You don’t see ‘Sound of Music’ on a thrust stage very often.”

Still, the material stands on its own.

“Hopefully, there’ll be some people who have never seen ‘Sound of Music’ before,” Barrows said. “And I just hope the others will find something in it that they didn’t see before.”

Northern Stage presents “The Sound of Music,” the Rodgers and Hammerstein musical, Nov. 20-Jan. 5 at the Barrette Center for the Arts, 74 Gates St. in White River Junction. Performances are at 7:30 p.m. Wednesday-Saturday (plus Nov. 26), 2 p.m. Sundays, plus many matinees throughout the run. For schedule, tickets or information call 802-296-7000, or go online to https://northernstage.org.