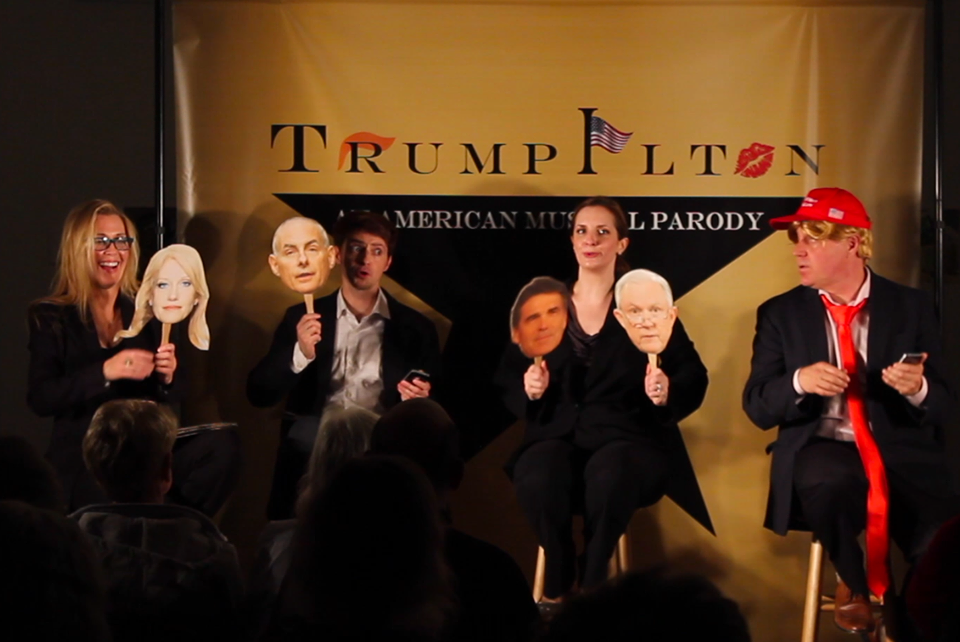 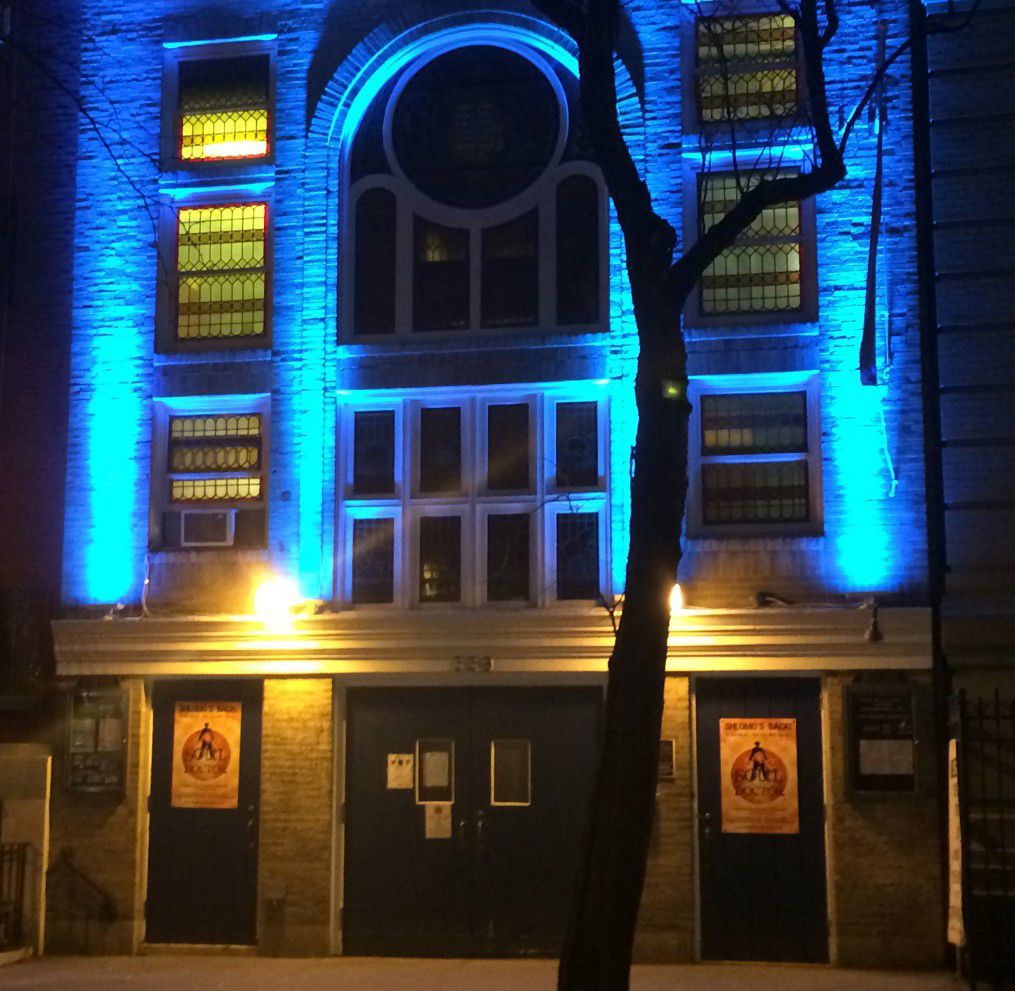 “Trumpilton” will be presented at Actors Temple Theatre in New York City April 18 and 19.

“Trumpilton” will be presented at Actors Temple Theatre in New York City April 18 and 19.

“Is this a Cinderella story?” Karen Klami says. “Sort of. But a planned one.”

“We made it happen,” Burnham Holmes explains.

The journey of Klami and Holmes’ new musical theater parody “Trumpilton” has been a whirlwind, which recently took them all the way to a New York City Off-Broadway theater.

One year ago in a pizza parlor in Poultney, Klami and Holmes met regularly to eat pizza and write funny songs to let off steam about their frustration with certain politicians. They’ve both had long writing careers in various genres, but this was the first theater show they’ve written together, and they did it almost entirely from direct quotes, news stories, and “hours and hours reading through Tweets.”

It became “Trumpilton,” a comic spin on the Donald Trump presidency, performed by four Rutland-area actors, set to the music of Steven Sondheim and other composers. Ivanka, Melania, Hilary Clinton, Stormy Daniels and Sarah Huckabee Sanders all make appearances.

After a series of successful performances in the Rutland area last September, the show will have its Off Broadway debut this spring. At 8 p.m. Saturday, April 18 and 3 p.m. Sunday, April 19, Klami/Holmes Productions will present “Trumpilton: An American Musical Parody” at Actors Temple Theatre at 339 W. 47th St. in New York City.

“The theater is one block away from Broadway shows, and two from ‘Hamilton,’” Holmes said. “So you could go see Hamilton, and stumble on our show.”

“From the start we said this is the kind of show that’s not just for a small town,” Klami said. “I always thought it would be great to bring it to New York.”

That aspiration quickly became a reality when Klami began calling theaters all over the city. “I thought it would be wonderful if it was up by Broadway,” she said.

While she was there visiting, she saw an ad for a show at St. Luke’s Theatre, which she was familiar with, and thought it might be a good fit for the show. She made a phone call to see if it was available, if there was any kind of interest. There was.

The Actors Temple Theatre and St. Luke’s Theatre are operated by Edmund Gaynes, and have been for 40 years. Klami explained the show, and sight unseen, he booked it.

“I made an appointment, and Burnham and I went to see him,” Klami said. “We took a look at the theater and talked business. It was that was quick. I was surprised.”

“Part of our conversation, and this is important to me, was (Gaynes) confirming that I understood the kind of show it was,” Klami said. “And the needs it would have. Our show is not a big Broadway stage show. It’s intimate, almost cabaret-ish. I knew we needed a theater where it was going to work.”

The 200-seat Actors Temple Theatre is four times the size of the venues “Trumpilton” played in Vermont, but is still small enough to cast an intimate feeling.

“It’s been an interesting journey,” Klami said. “It was just a funny thought as I was driving, coming up with a song, and then I sat down with Burnham and everything was history, as they say.”

“Of all the things you do over a lifetime, it’s kind of interesting that this is the one that has the traction,” Holmes mused. “I wouldn’t have predicted this.”

Klami/Holmes Productions presents “Trumpilton: An American Musical Parody” at 8 p.m. Saturday, April 18 and 3 p.m. Sunday, April 19 at Actors Temple Theatre at 339 W. 47th St. in New York City. For tickets or information, call 212-947-3499, or go online to www.actorstempletheatre.com. The show contains adult content and is not recommended for children under 13.