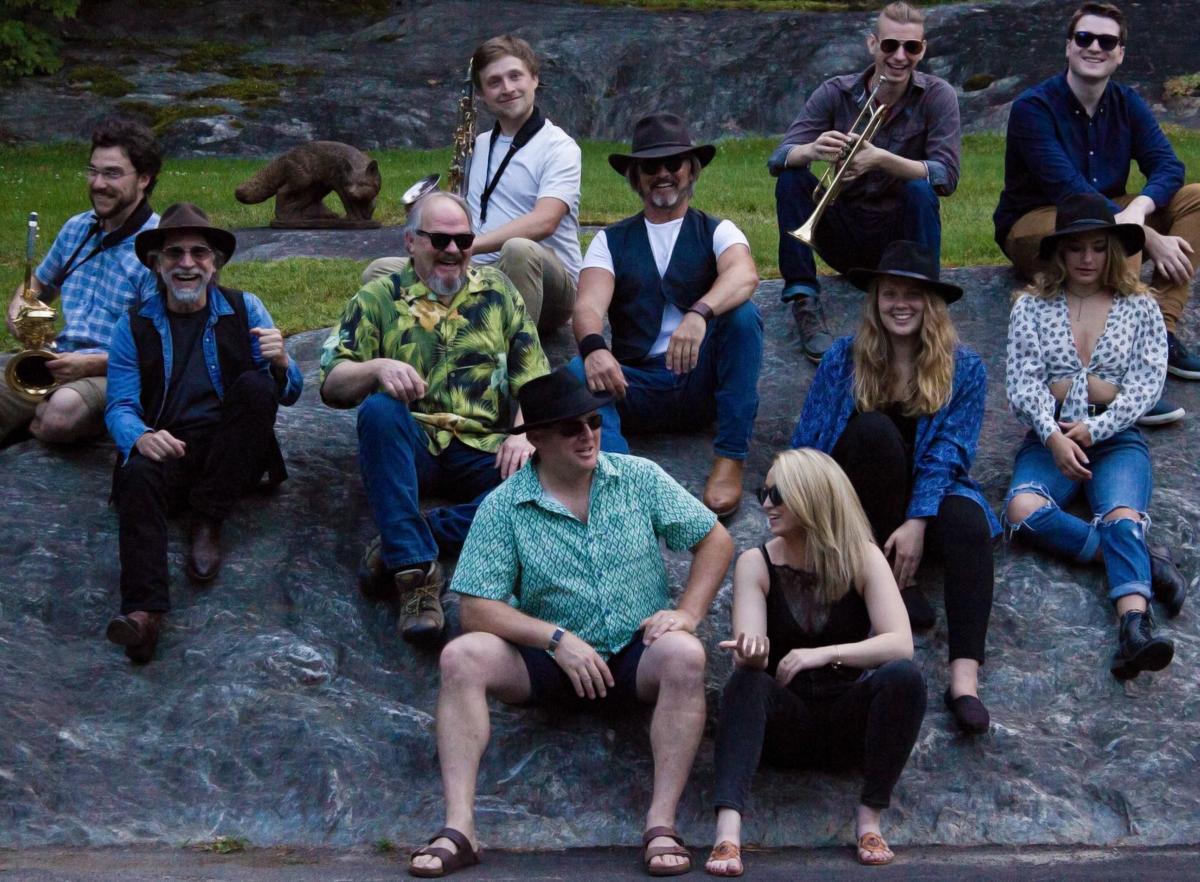 Morrisville -based screenwriter, producer and musician John Fusco and his band, the X-Road Riders, perform Aug. 24 at the Rusty Nail Stage in Stowe. Fusco’s self-titled debut album was released in February. 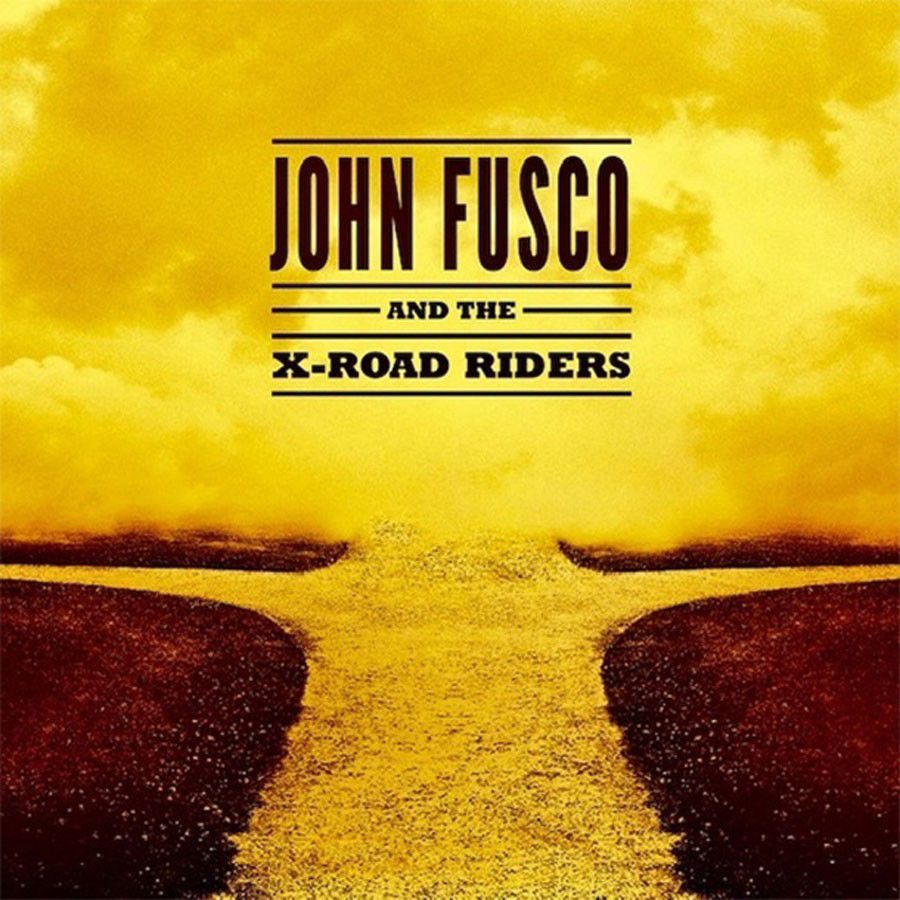 Morrisville -based screenwriter, producer and musician John Fusco and his band, the X-Road Riders, perform Aug. 24 at the Rusty Nail Stage in Stowe. Fusco’s self-titled debut album was released in February.

“We don’t want no Civil War, No red state, No blue state — What the hell are we fightin’ for?” sings John Fusco on the rollicking blues tune “Rolling Thunder.” “Gotta love each other, Love your brother and your sister and strangers, too.”

The soaring song kicks off Fusco’s stellar debut album in style, and sets the stage for the potent and pleasing blues-rock ride delivered by the award-winning Morrisville-based screenwriter and producer and his band, the X-Road (pronounced “crossroad”) Riders.

The self-titled 10-song set, released in February, is a seriously impressive debut album. This is perhaps not surprising, given Fusco’s personal history with this music. After dropping out of high school at 16, the Connecticut native traveled the South during the late 1970s on a mission to find pioneering Delta blues musicians who were living under the radar of mainstream America.

Fusco went on to attend New York University’s Tisch School of the Arts, and his bachelor’s thesis became the 1986 Columbia Pictures hit film “Crossroads.” The coming-of-age drama stars Ralph Macchio as a young guitarist traveling the South to learn about the blues.

But the blues has clearly remained close to Fusco’s heart, and his new album conjures his older connection to the music. While writing “Crossroads,” Fusco worked with the late legendary rock producer Jim Dickinson. For “John Fusco and the X-Road Riders,” Fusco brought Dickinson’s son Cody Dickinson on board to produce, record, mix and master the album.

Cody and his brother, Luther Dickinson, are best known for their celebrated blues-rock band, the North Mississippi Allstars, which has long based their music on down-home country blues and Mississippi rock ‘n’ roll — a gritty “hill-country boogie” sound that’s steeped in the blues-rich region that has produced such legendary “dirty blues” musicians as Fred McDowell, R.L. Burnside and Junior Kimbrough.

Case in point: standout tune “Poutine” — which will no doubt be a favorite of both Vermonters and our Canadian neighbors to the north — marries the Acadian roots of Quebec with the Cajun vibe of Louisiana blues for a savory R&B sound with a horn-fueled punch. And the sultry “Hello, Highway” evokes classic Allman Brothers, while “Boogie on the Bayou” serves up hypnotic hill country-style blues.

Other highlights include the steady-rolling blues of “A Stone’s Throw,” and definitely the show-stopping closer, “Crossroad Blues,” a killer remake of the Robert Johnson classic featuring deft freestyle rapping by Al Kapone (“Hustle & Flow”) and scorching slide guitar work by Luther Dickinson.

“The musical mood has an Allman Brothers feel with the mix of Southern Comfort voices, guitar and attitude,” said Jazz Weekly of the album, while American Blues Scene called it “a tough-as-nails mix of electric blues, country, gospel and swamp boogie music.”

Added Blues Rock Review: “There’s no denying Fusco, Dickinson and Norman’s collective talent, nor their ability to collaborate so effectively. Their work will evolve, and this is an incredibly impressive and fun debut that should be a harbinger of even better albums.”

Fusco says the mission of his new endeavor is “the passing of the passion to the next gen(eration).” To that end, his band of a dozen musicians are mostly under the age of 30 and as young as 19, who join some veteran Vermont musicians for a series of upcoming shows in the Green Mountain State.

The X-Road Riders include Dan Alario, of Stowe, on sax and guitar; Brickett Bailey, of Hyde Park, on vocals; Josh Clinger, of Johnson, on trumpet and keyboards; Denny Diego, of Barre, on bass; Bradley “Baby J” Jewett, of Eden, on alto sax; Mark Lavoie, of Middlebury, on harmonica; Cassandra Machia, of Burlington, on vocals; Spencer Perry, of Brownington, on drums; Julia Simons, of Underhill, on vibes; WD Trinkley, of Stowe, on lead guitar; Rosalie Wasser, of Stowe, on vocals and Kurt Pierson, of Barre, on guitar.

“In some ways, we are erasing generational, regional and thematic boundaries and bringing it all together,” Fusco says in press materials. “I don’t know how we grew into such a large band, but that’s why I call it the X-Road Riders; it’s a ‘hop on the bus’ approach and a Mad Dogs and Englishmen circus feel.”

Fusco and his band head back to Dickinson’s Checkerboard Lounge later this month to lay down tracks for their next album.

John Fusco and the X-Road Riders