In place of the VSO Summer Festival Tour, the Vermont Symphony Orchestra will present “Summer Under the Stars,” featuring a 25-piece chamber orchestra, July 24 and 25, in Chittenden and Rutland counties respectively. Still, the VSO will be presenting concerts throughout the state this summer. 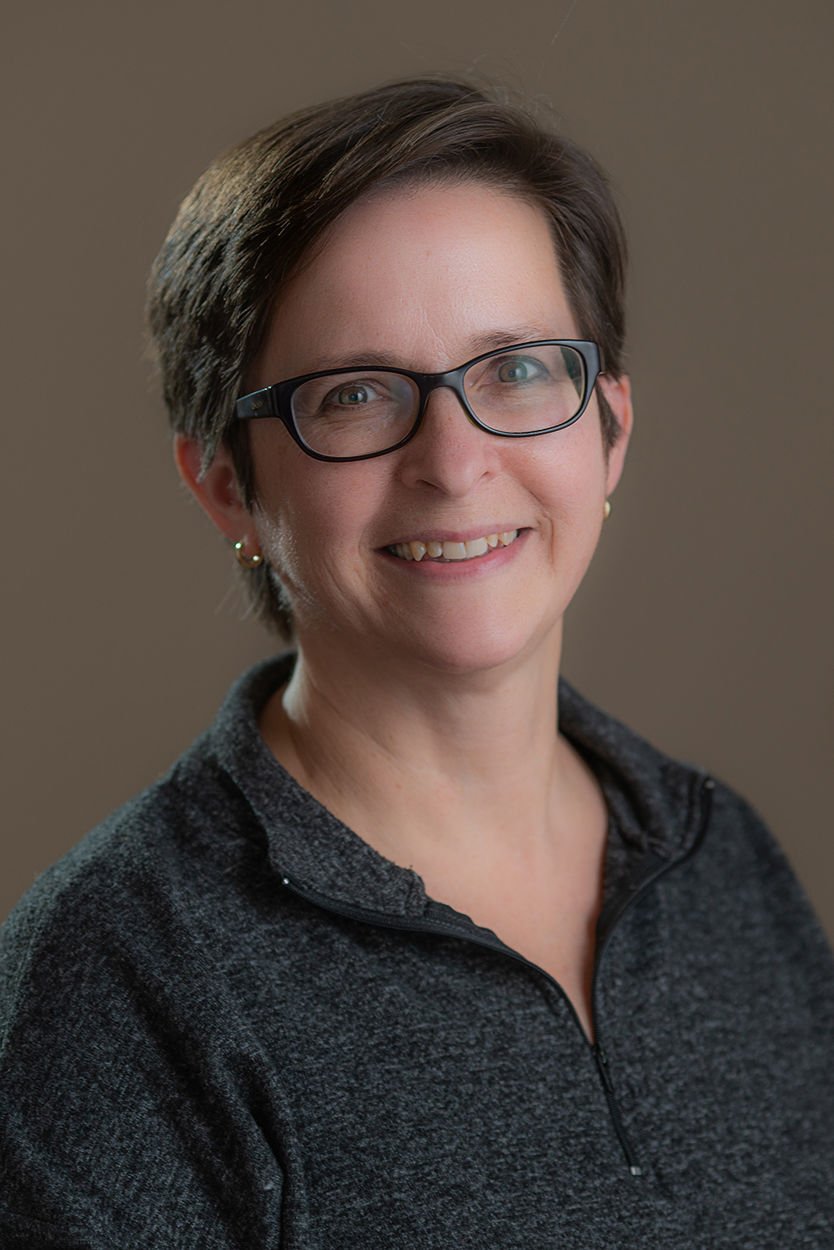 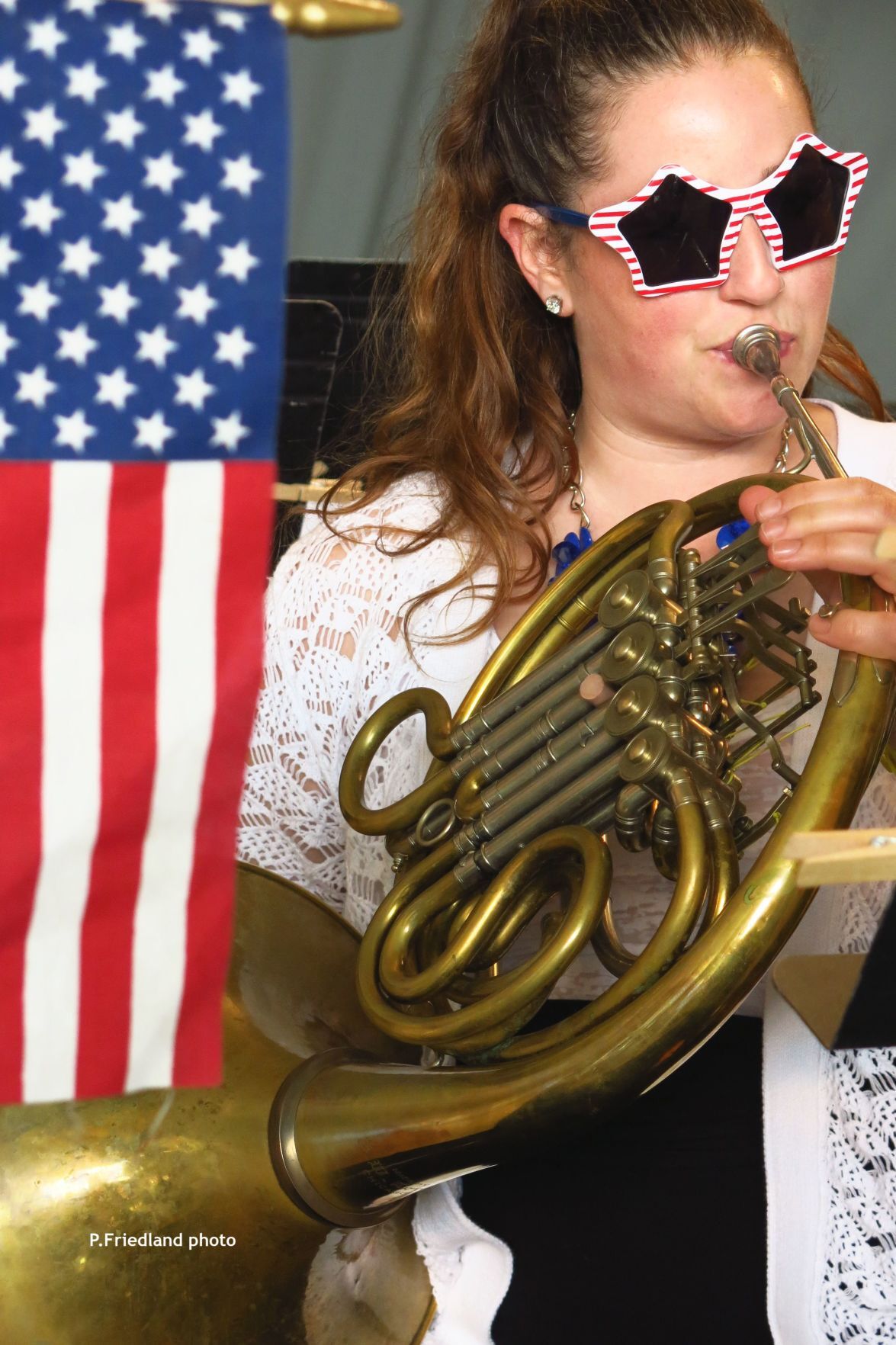 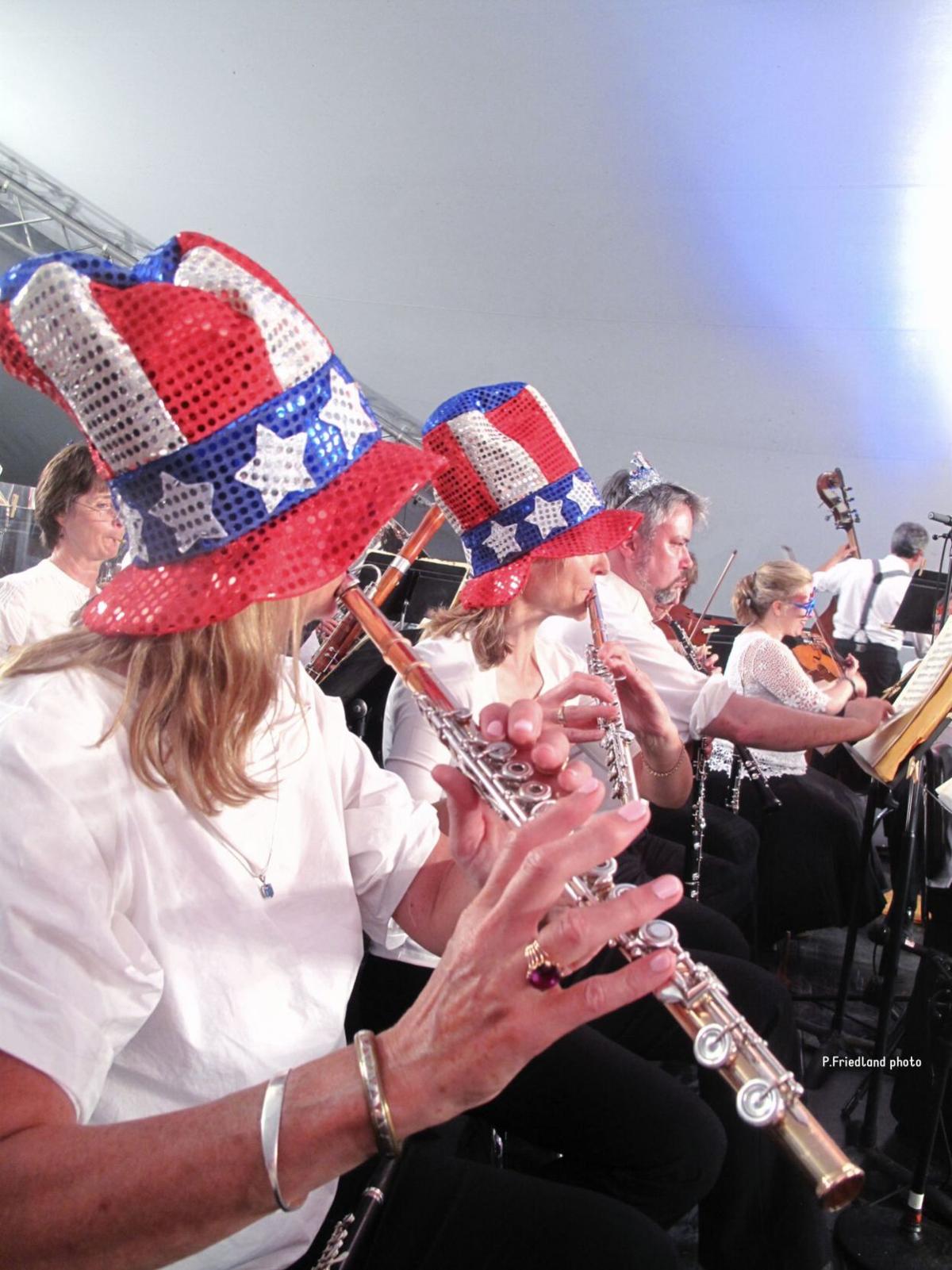 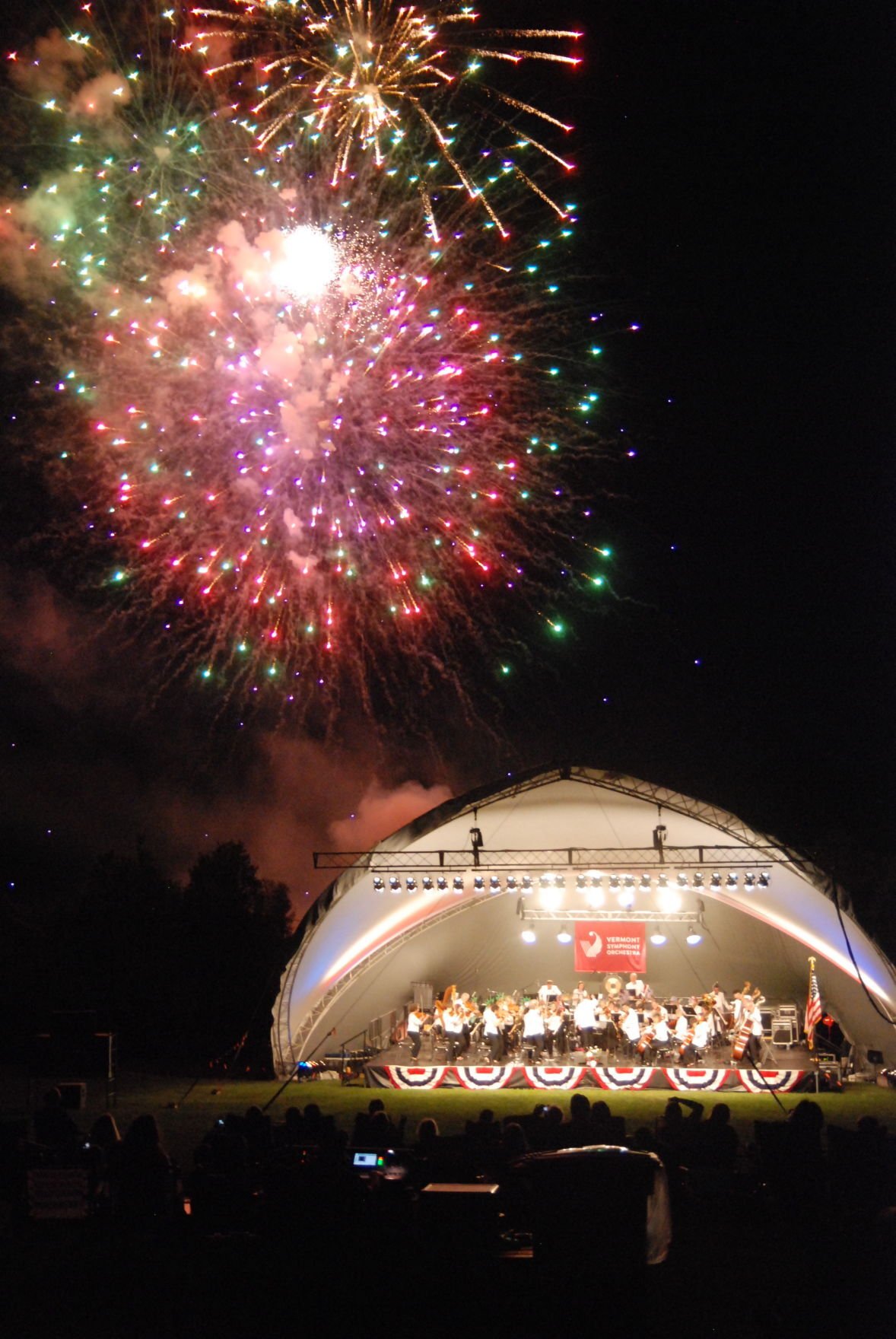 The exact locations of the VSO “Summer Under the Stars” July 24 and 25 will be announced soon.

In place of the VSO Summer Festival Tour, the Vermont Symphony Orchestra will present “Summer Under the Stars,” featuring a 25-piece chamber orchestra, July 24 and 25, in Chittenden and Rutland counties respectively. Still, the VSO will be presenting concerts throughout the state this summer.

The exact locations of the VSO “Summer Under the Stars” July 24 and 25 will be announced soon.

In lieu of the VSO Summer Festival Tour, the Vermont Symphony Orchestra is accelerating ever so carefully away from COVID19 into full symphonic concerts at Burlington’s Flynn Center for the Performing Arts this fall and the initiation of its music director auditions. In the meantime, the VSO leaves no part of the state untouched.

“The thoughts behind the planning for this summer were twofold,” explained Elise Brunelle, the VSO’s executive director. “One was to cut back statewide as we did last summer and to bring music for free across the state to say thank you to Vermonters for sticking with by us through the pandemic. And to to make sure we’re giving as broad performance activities as we can to our musicians who hadn’t had this chance.”

The VSO begins the summer July 1-21 with a Breweries Tour, Homes & Gardens Tour and Gazebos & Bandstands Tour. String quartets, woodwind quartets and a brass quintet, all VSO members, will travel across the state in a series of free concerts in 17 Vermont towns from St. Albans and Stowe to Greensboro and Grafton.

“I think we’re managing to get to just about every corner of the state,” Brunelle said. “It’s also a great opportunity for those small ensembles to reengage in programming — so these musicians have the opportunity to think what kind of program they want to bring.”

On July 24 and 25, “Summer Under the Stars” will feature a 25-piece chamber orchestra in music by Astor Piazzolla, Claude Debussy, William Grant Still and more, under the baton of Matt LaRocca, the VSO’s creative projects chairman.

“To me it’s halfway between not having a summer performance and having our big festival tours we normally do, with a 50-piece orchestra and five to seven locations,” Brunelle said.

These summer performances are co-produced with Alex Carothers and Higher Ground for the Chittenden County show July 24, and Eric Mallette and Paramount Theatre for the Rutland County show July 25. (Venues in both communities will be announced soon.)

“How can we bring our orchestra to your two venues where you’re hosting musical acts this summer?” Brunelle asked the two producers. “Let’s be part of that — because, frankly, the risk was going to be much too big if we were going to embark on this on our own.”

The VSO’s Oct. 30 full symphony concert marks two momentous occasions: the return to its concert home at the Flynn Center after more than a year away, and the initiation of its music director auditions to replace the legendary Jaime Laredo, who spent 20 years developing the orchestra. Conductor-candidate Akiko Fujimoto (www.akikofujimoto.com) will direct music by Ludwig van Beethoven, Jessie Montgomery and Maurice Ravel, as well as the world premiere of a new cello concerto by Syrian-Canadian composer Suad Bushnaq, featuring VSO principal cellist John Dunlop.

Nov. 11-19 brings a revival of the Jukebox String Quartet concerts, touring to Lyndonville, Weston, Burlington, Waterbury and South Pomfret. They boast an unexpected mix of classical, folk, and rock with this return to intimate and unique venues across the state.

The annual VSO Holiday Pops tour, Dec. 10-12, features the second music director candidate, Peter Askim (peteraskim.com). At performances in Barre, Burlington and Rutland, he will conduct holiday music, including a surprise special guest host, carols and music by Valerie Coleman, Irving Berlin, Leroy Anderson and a bit of “The Nutcracker.”

The Dec. 17-19 Brass Quintet/Counterpoint performances, conducted by Nathaniel Lew, will be back in Newport, Grafton, Manchester and perhaps in Warren.

Originally, the summer performances were to be led by the first of the VSO’s music director candidates, Julian Pellicano (www.julianpellicano.com).

“But when it became a chamber orchestra, it didn’t make sense for him to come this summer. He’s going to come next summer,” Brunelle said

“I’ve got seven wonderful candidates” for music director, she said. “Last fall, we got in touch with every single one of them when we realized it was not going to roll out the way we planned. We said to each of them, ‘Are you still interested? We’ll continue onto the ’22-23 season.’

“And they all said yes, we’d still like to be in the running,” Brunelle said. “It’s going to take until spring 2023 to get all these candidates on the stage,”

So far, the only other candidate scheduled is Tania Miller (www.taniamiller.com) for spring 2022.

“It’s exciting,” Brunelle said. “It’s interesting to see who’s out there and who’s interested in Vermont and the VSO.

“I’m making sure each of them has a good period of time here in Vermont, not only to primarily to work with the orchestra, but to really have a chance to meet the various communities that make up Vermont, and the VSO supporters,” Brunelle said. “They’re all coming for a week if not longer for the opportunity to show us who they are.”

For Brunelle, this is just the beginning of her ultimate vision — to make the VSO for all Vermonters.

“I want to make sure that we’re not putting out a huge quantity that doesn’t really explore why are Vermonters going to be interested in this?” she said. “We have to make sure that Vermonters as a whole know that when there’s a concert that we reached out as far as we can to make it not only interesting, but to really make it undeniably, ‘I’ve got to go to that!’”

Go online to www.vso.org for information about these concerts and more.