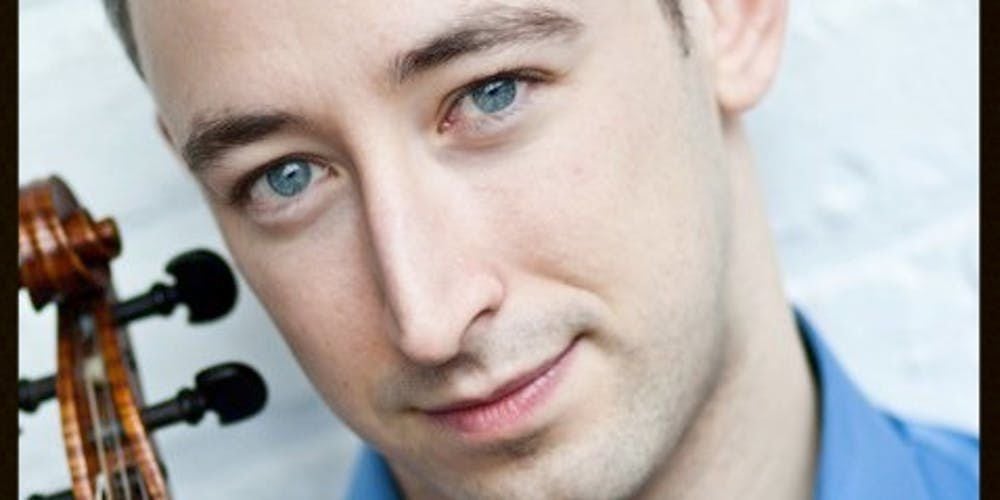 Violinist Jess Irons, a Berlin native living in Boston, will be the featured soloist with the Montpelier Chamber Orchestra Nov. 16 and 17. 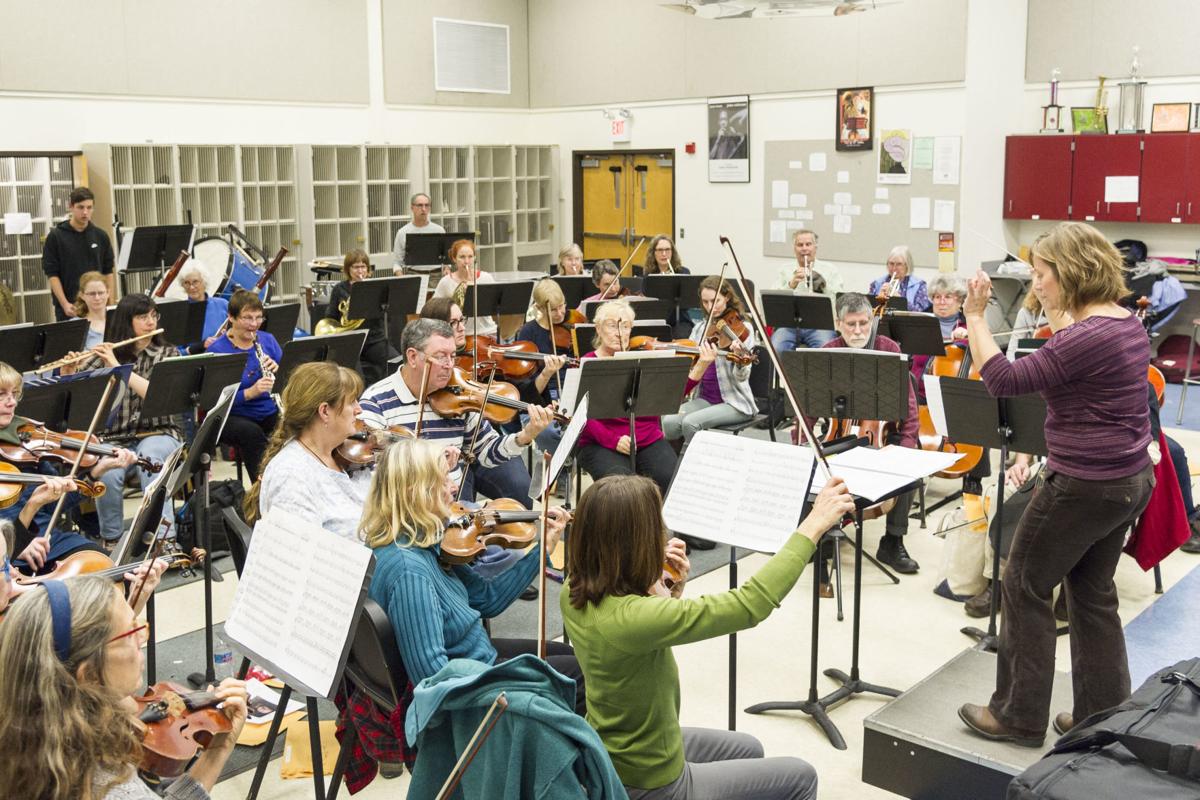 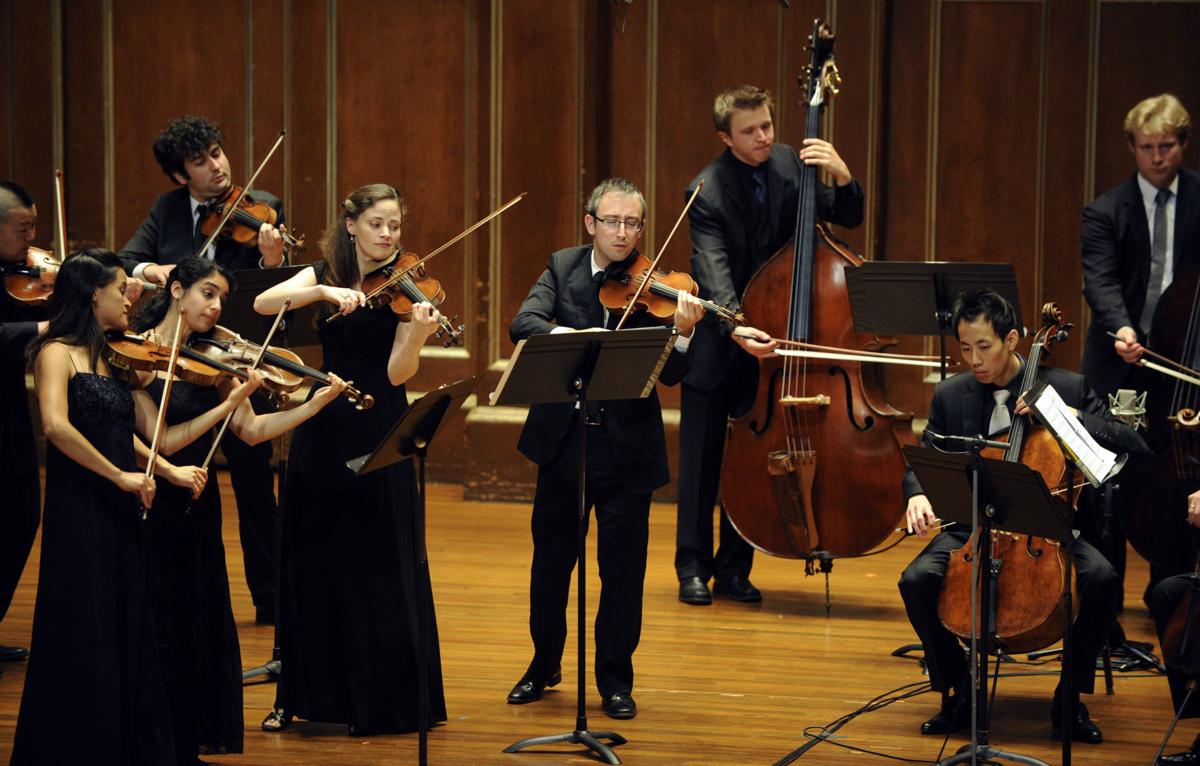 Violinist Jess Irons, a Berlin native living in Boston, will be the featured soloist with the Montpelier Chamber Orchestra Nov. 16 and 17.

“I would say the concerto is fully operatic all the way through,” Irons explains. “Every couple of measures you have a new character entering the scene. That challenge is one of my favorite parts of playing that piece.”

The concerto also proved pivotal to the musical development of the Berlin born and bred violinist now living and performing in Boston — and around the world.

Anne Decker, the community orchestra’s music director, will conduct Caroline Shaw’s “Entr’acte” arranged for string orchestra and Haydn’s Symphony No. 93 in D major, the first of the London Symphonies. (While in Vermont, Irons will also appear in area schools.)

The Mozart concerto is one of five that the teen violin virtuoso wrote to perform himself. (His focus was soon to switch to piano.)

“It’s piece with a lot of importance for me,” Irons said by phone. “It’s the first piece I studied with Pam Frank when I was an undergrad at Peabody Conservatory. Pam came for just one week, and for my one lesson that week I played the Mozart D major Concerto.”

Frank, one of this country’s foremost violinists and daughter of concert pianists Claude Frank and Lillian Kallir, has a deep Vermont connection, including a youth spent at Marlboro Music Festival. She has twice recently been the featured soloist with the Vermont Symphony Orchestra under Jaime Laredo.

“That experience of playing for her, and her advice, totally turned around how I thought of the piece — and really just about performing in general,” Irons said. “It was pretty much at that moment that I determined that I had to figure out a way to study with her, which eventually did end up happening. I ended up studying with her three years, later on in my student days at Peabody.

“When Anne (Decker) asked me, this concerto was always at the back of my head to perform with orchestra,” he said. “I’m very grateful for the opportunity.”

Born at Central Vermont Medical Center, Irons grew up in Berlin and attended U-32.

“There were a surprising number of professional musicians who came up at just the same time I did,” he said. “There’s a really lot of high-level music happening in Vermont. I had amazing teachers.”

He wasn’t quite 4 when he started Suzuki violin with longtime VSO violinist Mary Gibson, switching in junior high school to Evelyn Read, another VSO violinist who taught at the University of Vermont.

“What a high level of training I received from Evelyn, but I have to say the Vermont Youth Orchestra was the other totally formative experience for me growing up,” Irons said. The experience of working really hard at excellent music, real music, that was not watered-down student repertoire.

“That’s how I ended up being a professional violinist growing up in central Vermont,” Irons said with a laugh.

From high school, Irons went to Peabody Conservatory in Baltimore for his undergraduate and graduate degrees. There he studied with the late Shirley Givens, “a fabulous pedagogue and Pam’s teacher as well,” for three years, then Frank for three years.

“I finished up my studies in Boston at New England Conservatory,” Irons said. “And I’ve been a professional in the Boston area ever since.”

Perhaps Irons’ biggest accomplishment there was helping establish A Far Cry, the conductorless self-governing chamber orchestra, that has toured across the United States, Europe, as well as Kazakhstan, Kyrgyzstan and Singapore, and even Vermont.

“That is my longest-lasting and biggest project,” Irons said. “To see that grow and become established in the very competitive Boston scene, and then we’ve taken it on tour many times and made many recordings — that’s a real pride.”

Irons is also establishing himself as a “historical” violinist.

“It’s a project that happened entirely after I left school, pursuing a new interest and seeking out the right people to show me how to do it,” Irons said. “There’s so much high-level historic playing going on in Boston. It’s repertoire that I totally love performing.”

He has been performing with the Handel and Haydn Society, Boston Baroque, and small ensembles, including the recently formed quintet Gut Reaction. Going in another direction, Irons has performed with touring Broadway musicals, Yo-Yo Ma and the Silk Road Ensemble, as well as with new-music ensemble Alarm Will Sound.

In recent years, Irons has been turning toward solo and chamber music playing.

“The first phase of my career was heavily orchestral, with A Far Cry and other orchestras around Boston, even the VSO,” Irons said. “In more recent years I’ve gotten the opportunities to play concertos here and there. I really like how that part of my career is evolving.

“As so many musicians would say these days, you have to be able to do it all,” Irons said. “It’s helpful to have a lot of interests — and I certainly do.”