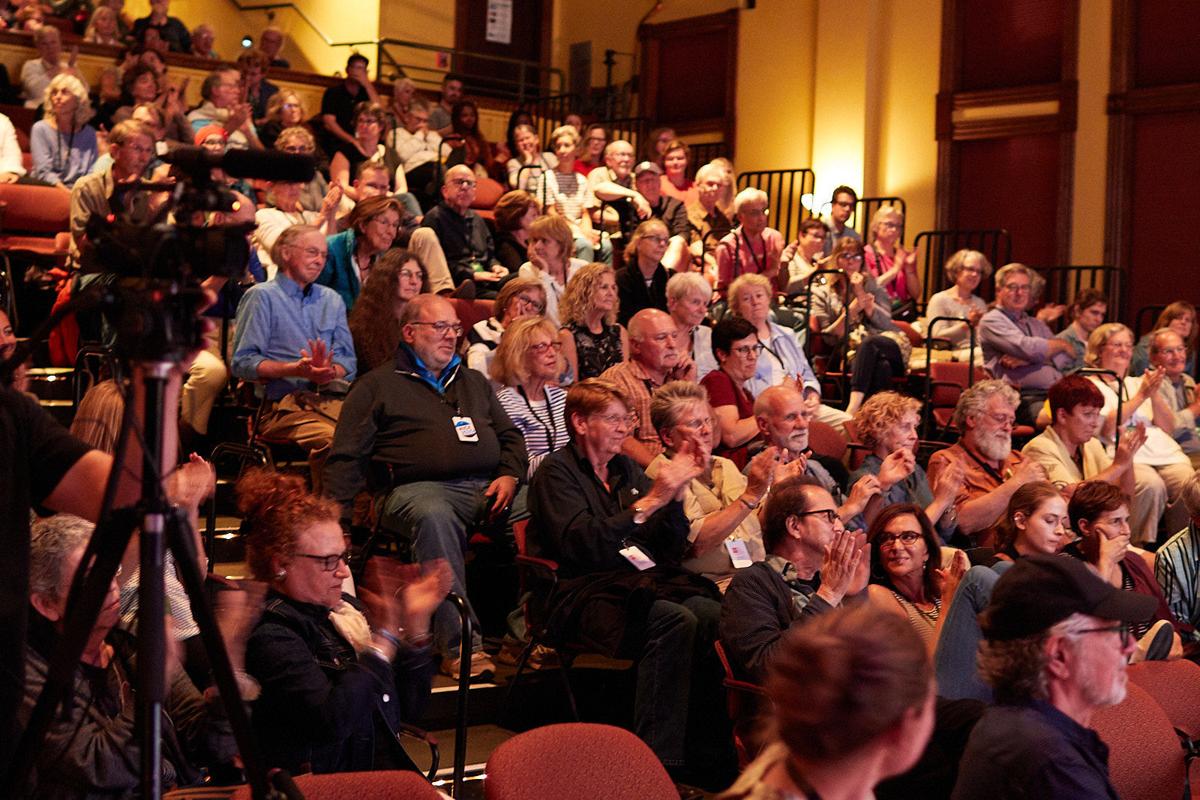 Each August, the Middlebury New Filmmakers Festival sells-out Town Hall Theater (pictured) and three other area venues, but the 2020 edition is being forced online by COVID-19. 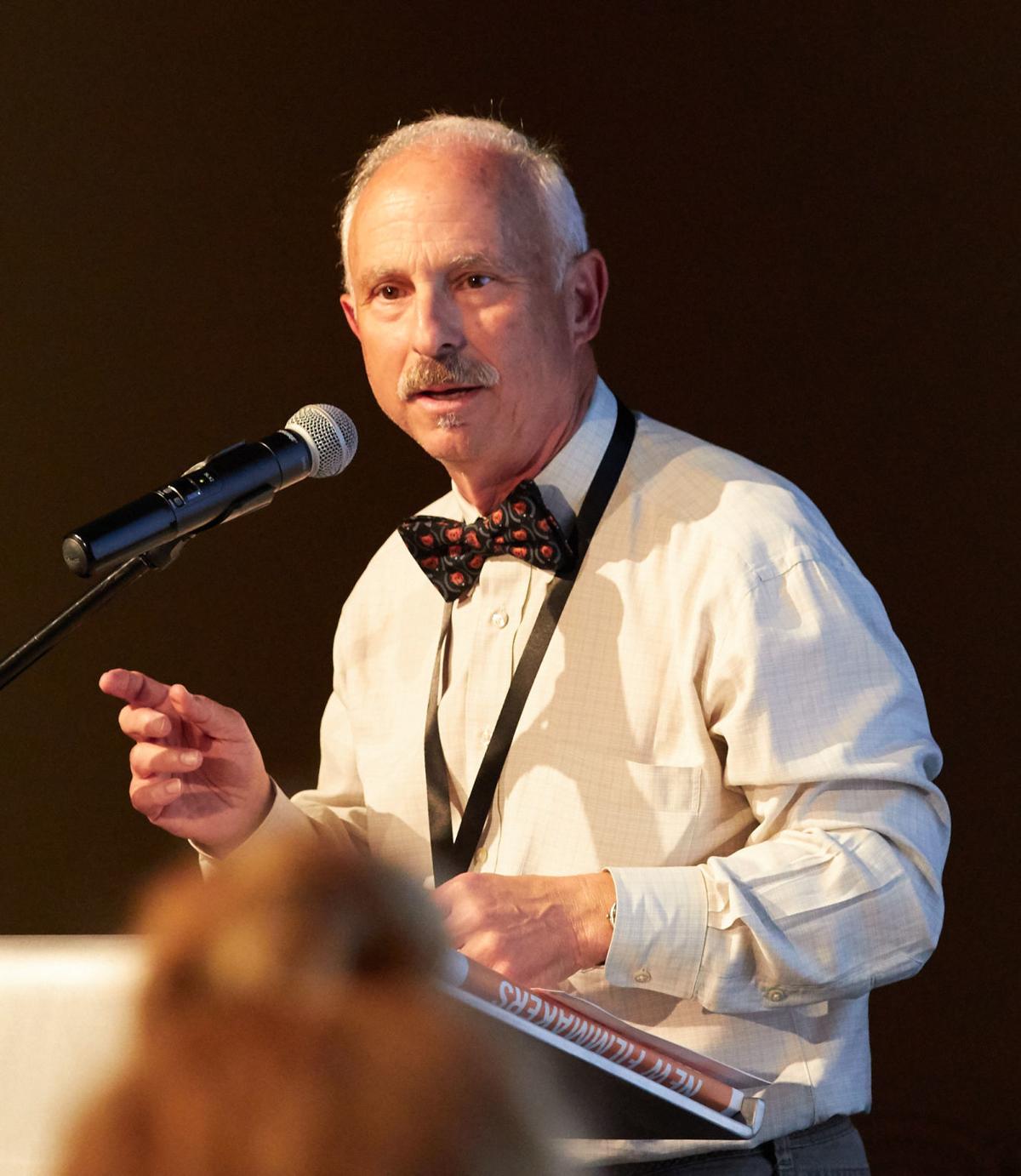 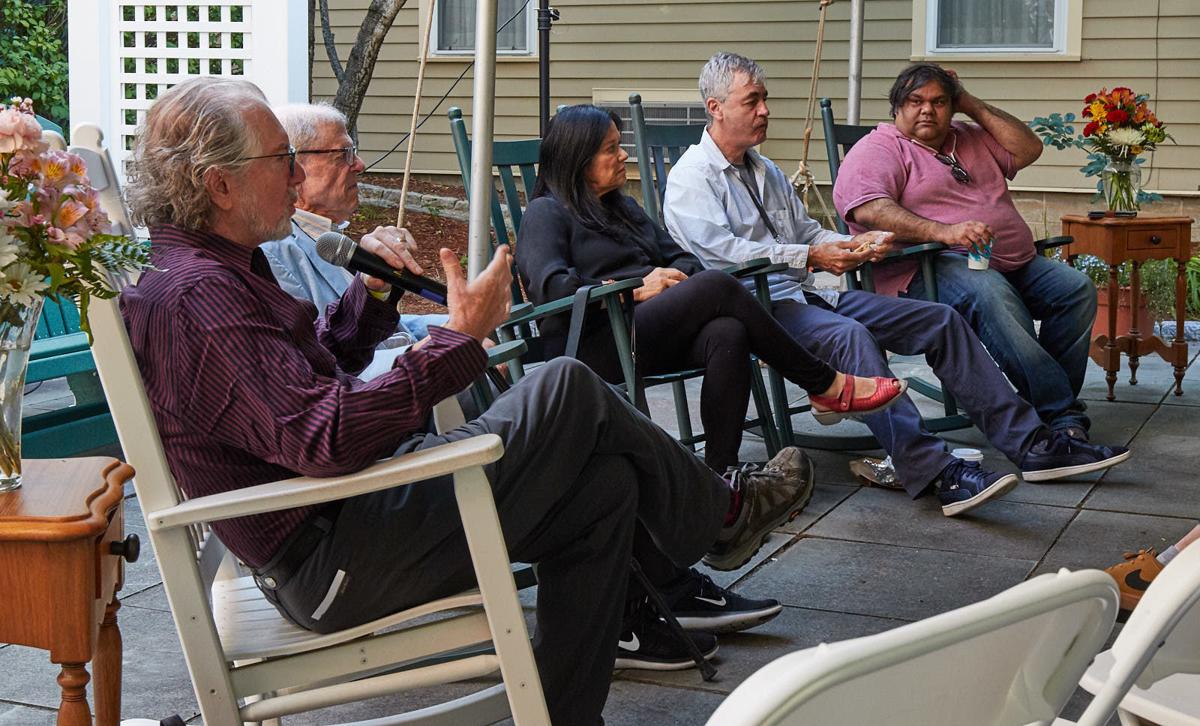 A filmmakers’ discussion at the Middlebury New Filmmakers Festival is hosted by Jay Craven, on left, artistic director.

Each August, the Middlebury New Filmmakers Festival sells-out Town Hall Theater (pictured) and three other area venues, but the 2020 edition is being forced online by COVID-19.

A filmmakers’ discussion at the Middlebury New Filmmakers Festival is hosted by Jay Craven, on left, artistic director.

Middlebury New Filmmakers Festival has packed area theaters for five consecutive years, and was well on its way to becoming one of the nation’s major film festivals. Preparations were under way for the sixth annual festival when the COVID-19 pandemic hit — but hopes didn’t die.

“Jay and I had every hope and intention of delivering a small-scale or scaled-back very local-centric festival in August, but we just really could not pull the pieces together,” explained Lloyd Komesar, founder and producer of the festival, referring to Artistic Director Jay Craven.

“So we will go with an online festival — many other festivals are doing this,” Komesar, a Hollywood film executive retired to Middlebury, said via Zoom.

“So we will do our very best to deliver something right around the dates of our erstwhile physical festival that would be smaller but try to capture the essence of our usual festival. We’ll try to come back in 2021 with our seventh annual at a scale typical of what we like to do.”

Theaters like Middlebury’s Town Hall Theater, MNFF’s home base, have not reopened yet. Recently, though, The Star Theatre, a movie house in St. Johnsbury, opened but at only 25% maximum attendance.

“It’s an adventure for us, but if we have the right partner, the right platform, I think we can do well with it,” Komesar said.

Since 2015, the Middlebury New Filmmakers Festival has been dedicated to first and second-time filmmakers. Selected films were screened at Town Hall Theater, the Marquis Theater, and at Middlebury College’s Dana Auditorium and Twilight Hall.

More than 80 directors, producers, writers and cinematographers came from around the world to attend the festival in 2019, and were featured in panel discussions and conversations. To round out the festival experience, multiple parties were open to guests and pass-holders. The festival is a juried competition and winning filmmakers received the VTeddy Award.

Needless to say, the sixth annual festival will be different, but is expected to take place around the same late August dates as last year’s physical festival.

“This will be an experiment,” Craven, a renowned Vermont filmmaker, said. “So much that is special about the festival, which is also true of the performing arts, is to have people in the same room experiencing something together. In a small community, it really becomes a defining aspect of the community. It contributes substantially to community life.”

“Anything we do, we hope people will approach to enjoy the films, support the filmmakers, celebrate first and second-time filmmakers — and support the festival, ultimately,” Craven said. “We’ll have a list of films available probably by mid-July. We will hope to have a few special guests who will obviously be interviewed by Zoom.”

Whether there will be anything that comes out of this virtual experience that will be carried forward remains to be seen. Last summer, for example, the festival hoped to have legendary filmmaker Frederick Wiseman come to Middlebury, but the amount of travel required of the elderly artist precluded it.

“They said we could do a Skype interview, but we said no, that’s not what we do,” Craven said. “Now, that everyone is doing it, maybe, given the opportunity in a future year, when there’s somebody we really want to have contact with, maybe we would do a Skype or Zoom interview, we wouldn’t have done in the past.”

In addition to the festival, the pandemic has put the annual February “Vermont Tour,” when top films from the previous festival are presented throughout the state, and “MNFF Selects,” a monthly screening series at Town Hall Theater, in jeopardy, at least in the short term.

“If we had a group of maybe 150 committed, we probably could do some programming,” Craven said. “Watch this film and every Sunday at 4 p.m. we’re going to interview the filmmaker on Zoom. It could be something that opens up as a possibility for the future.”

“But nothing will ultimately replace what we value about the experience of direct connection in a physical space,” Craven said. “So we’re fighting for that.”

For now, the virtual film festival will be facing stiff competition for online viewing.

“So it behooves us to stay close to what we do, in the movies we select,” Komesar said. “And it also means that in the platform we select, and we’re getting closer to that, has to have a real suppleness to it. It has to look good, it has to be easy to navigate.”

The festival hopes create an app that would reside either on Apple TV or Roku TV.

“That would give people a chance to watch the films on a large-screen TV in their homes,” Komesar said. “I think there’s a limit to how much you can consume on your laptop or, God forbid, on your mobile device. Who we do business with is important to create as broad a visual experience as we can.”

More concrete plans for the festival will be announced soon.

“We are not going to overwhelm people with a hundred films,” Komesar said, “but we’ll do a really nice curated selection of films, both from our submission pool — which was surprisingly robust in view of the pandemic this year — and, of course, a curated selections from distributors that we think will help lift our program.

For the latest on the virtual sixth annual Middlebury New Filmmakers Festival, go online to middfilmfest.org