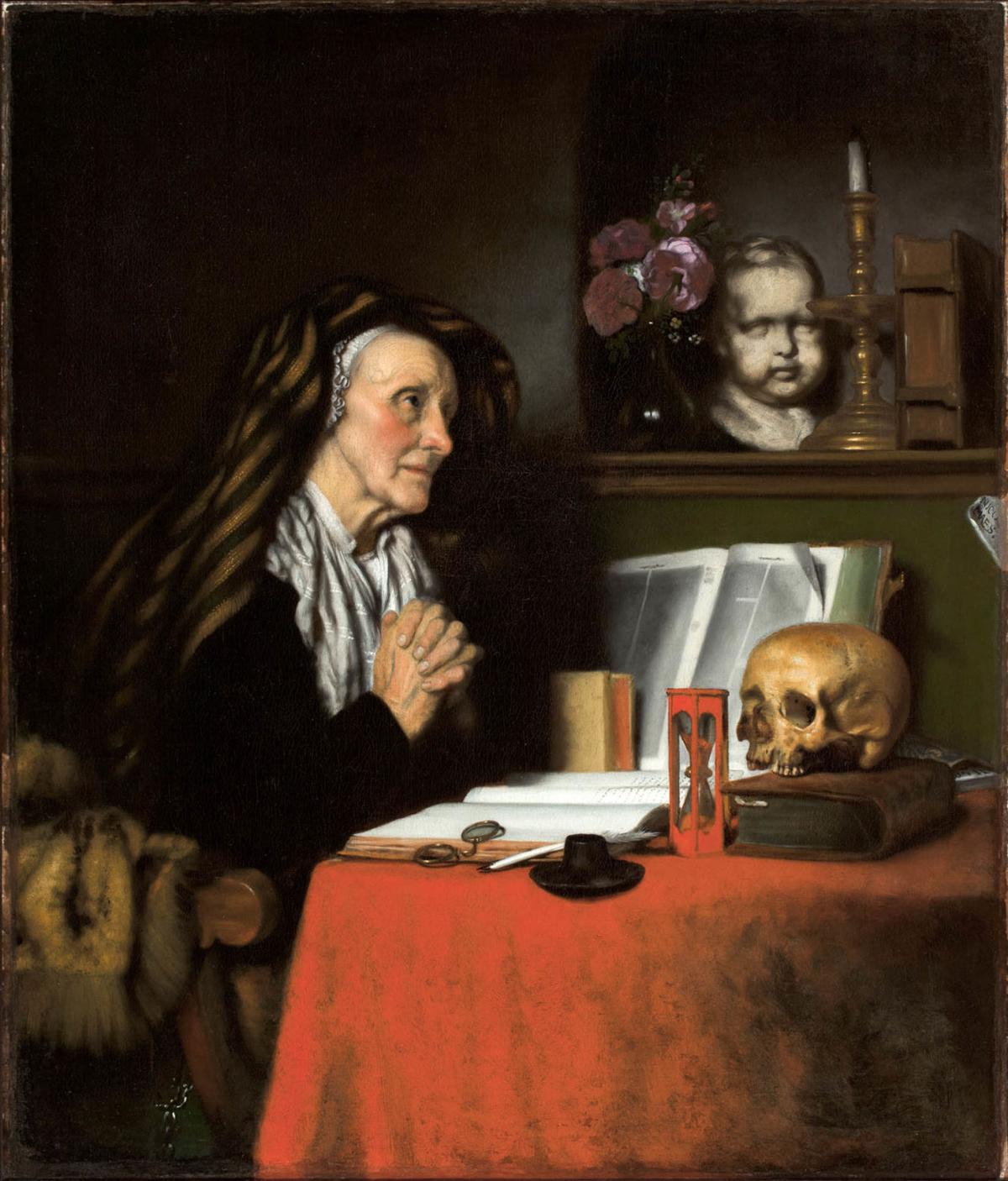 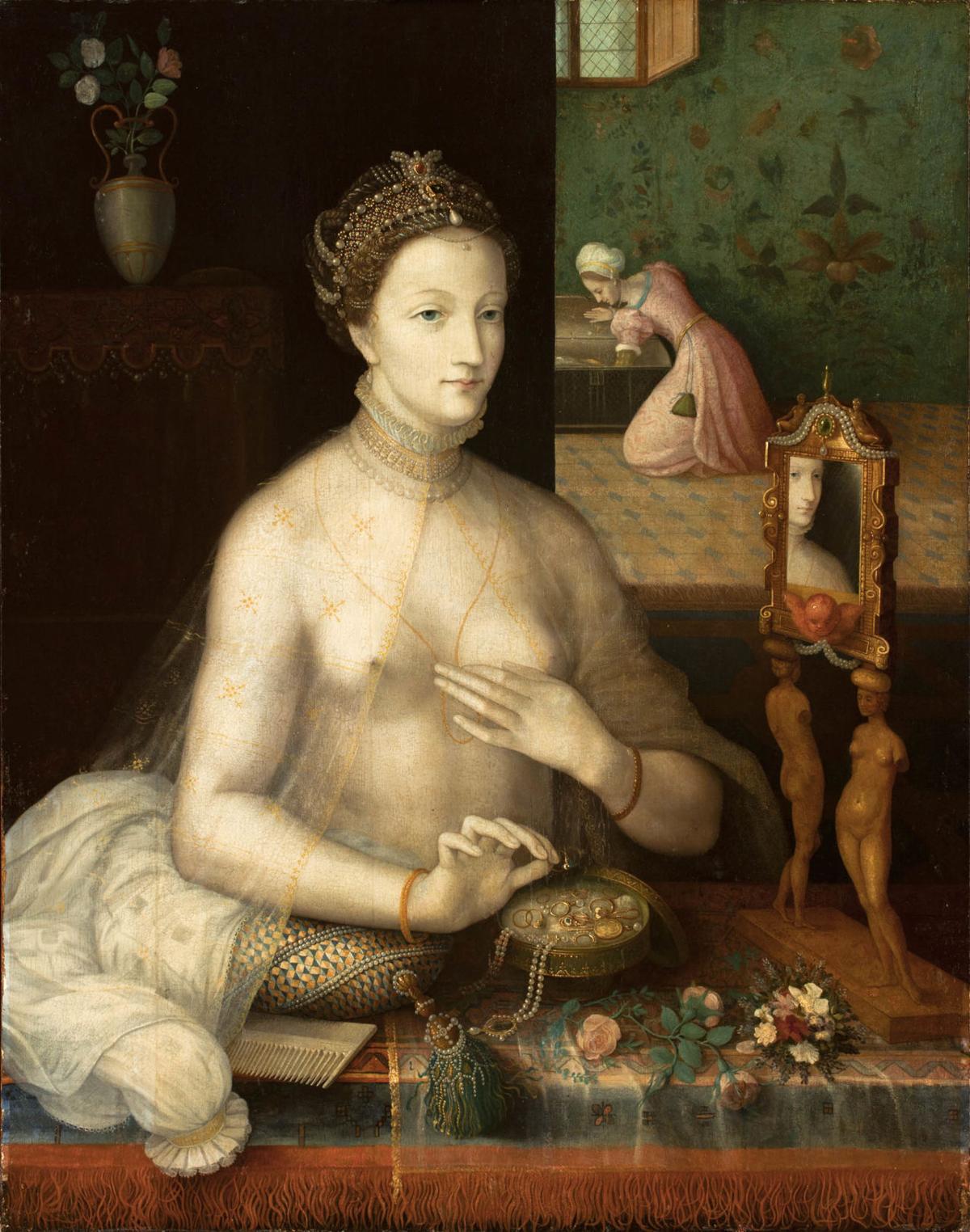 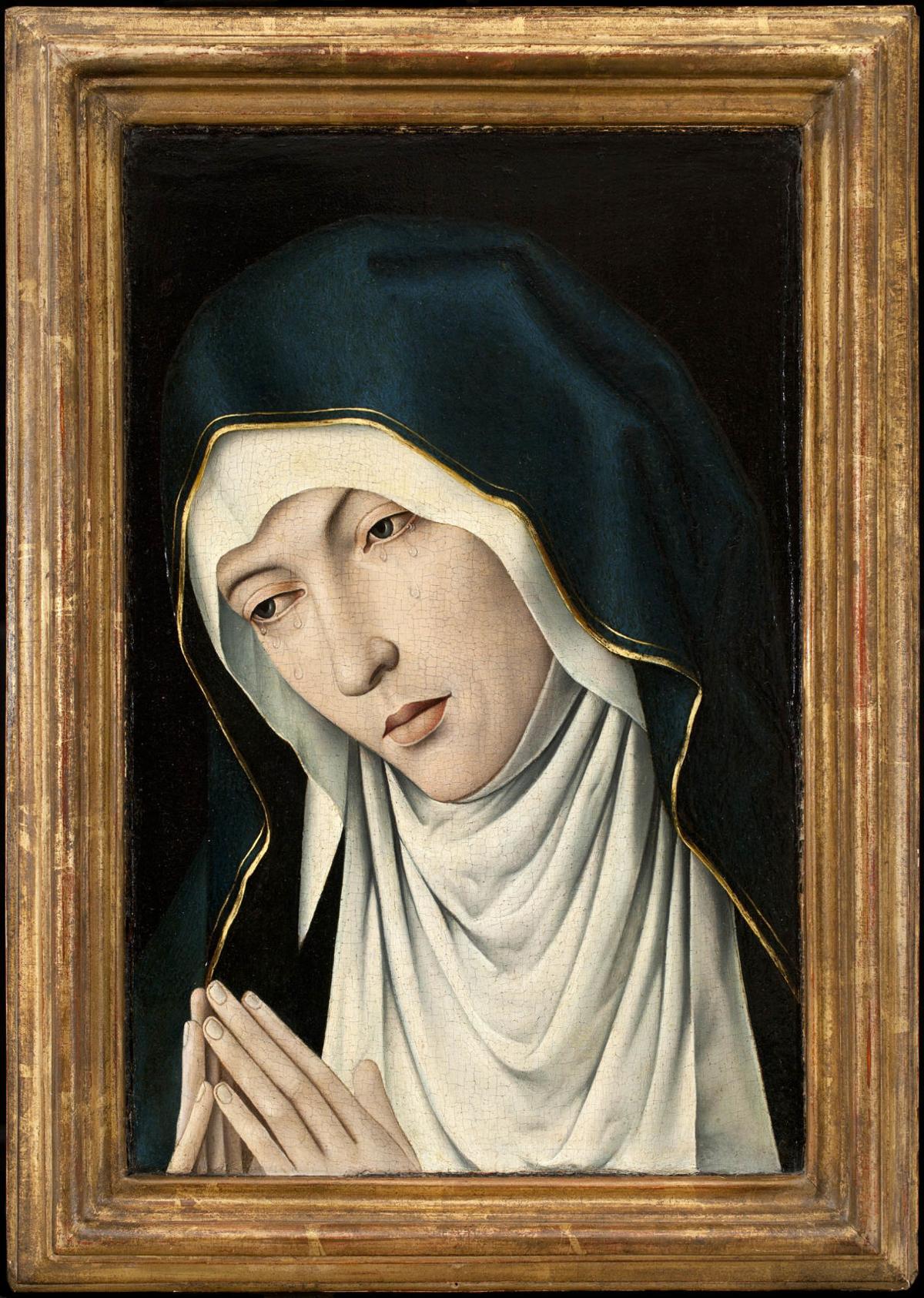 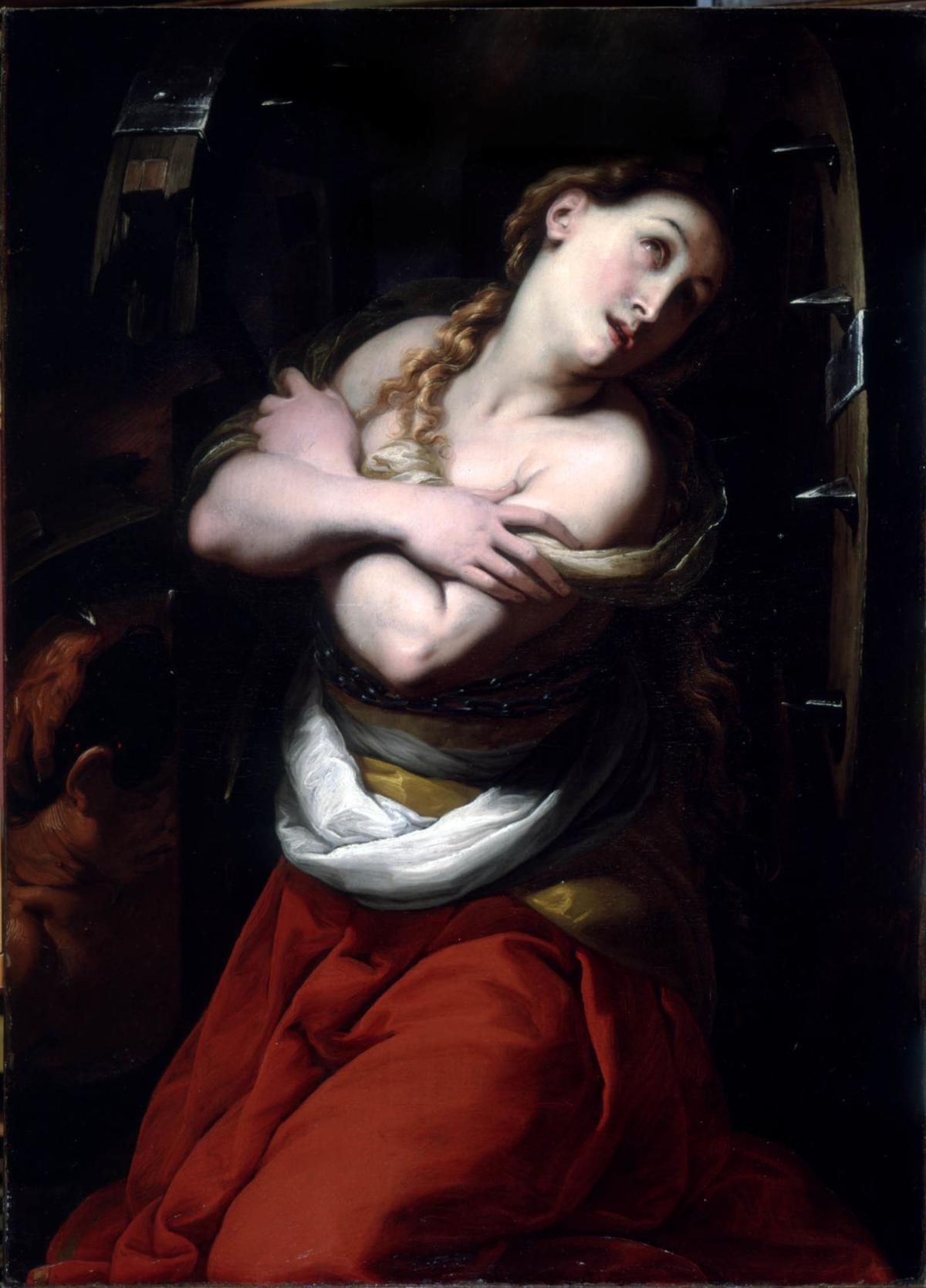 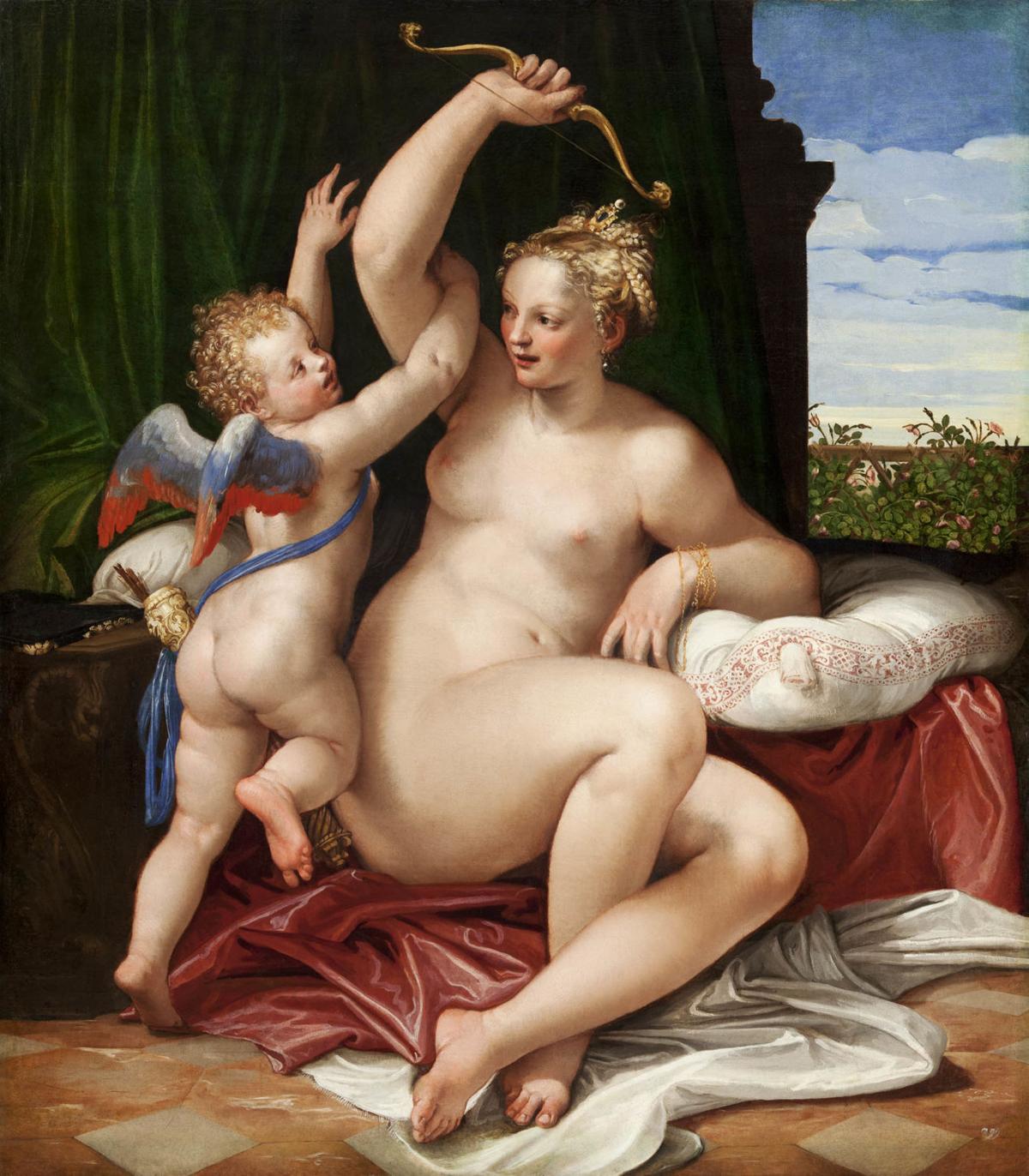 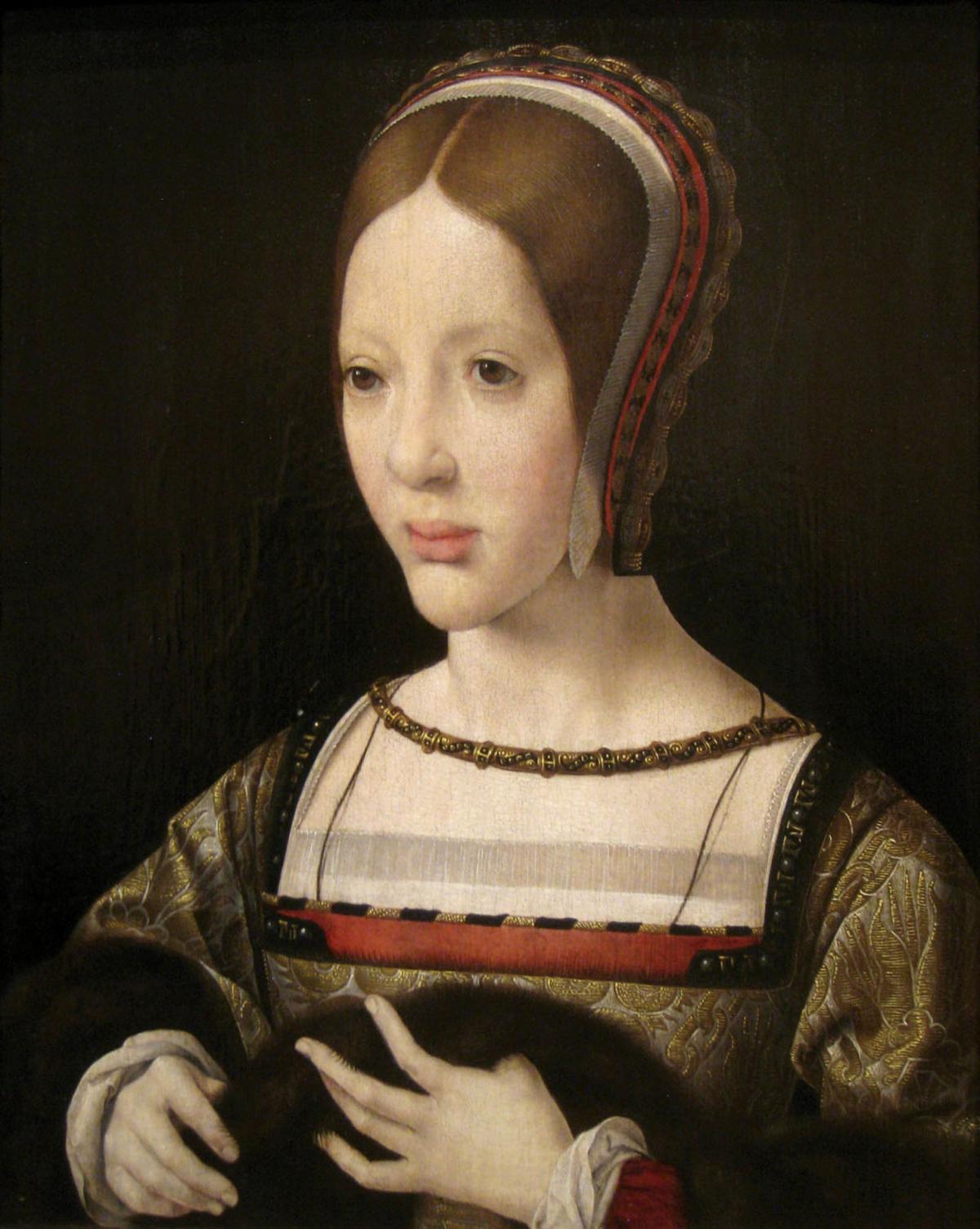 The exhibition “Women of WAM: Depictions of Femininity in Early Europe,” at the Worcester Museum of Art in Massachusetts, displays artworks from the museum’s collection of European art featuring a selection of paintings and sculptures depicting female saints, mythological subjects, and members of elite society.

These artworks embodied and reinforced the idealized notions of femininity 1400-1700 in Europe, suggesting that the ideal feminine behavior was performed inside — sewing, maintaining the home and caring for the children were common examples.

Leon Battista Albert (Italian, 1404-72), the architect, painter, and downright accomplished Renaissance man, wrote in his 15th century treatise “On Family”: “The woman, as she remains locked up at home, should watch over things by staying at her post, by diligent art and watchfulness. The man should guard the women, the house, his family, and country.”

Images of the Virgin Mary embodied other ideals of European femininity during the period between the 15th and the 18th centuries: compassion, faith and obedience. In this exhibition, the “Virgin and Child (c. 1470), attributed to Domenico di Paris (Italian, 15th century), represents female saints venerated by women and men. Yet the subject’s supernatural mystical qualities contradicted what was possible for actual women. She remained a model of purity and chastity unachievable by humans For example, the Virgin Mary was upheld first for both her virginity — a heroic and lifelong virtue — as well as her maternity, having brought Jesus Christ into being. Feminine chastity was upheld as a virtue within the male-dominated society in order to control the behavior of women.

Women who devoted their lives to study, whether in a convent or a home, found themselves in a different kind of a dilemma as writers, as they had access to the tools of knowledge, but were denied public recognition as thinkers. They lived in a world that declared that writing and wisdom to be manly pursuits, while bookish females such as Catherine of Alexandria (Alexandria, Roman Empire c.287-305) are only rarely depicted reading or writing at a desk within an office, as “St. Jerome in His Study” (1474), among others, by Antonello da Messina (Kingdom of Sicily, 1430-1479).

The painting “Saint Catherine” (early 1600s) by Giulio Cesare Proccacini (Italian, 1574-1625), for example, reflects a more dramatic portrait of the saint in 17th century Italy, drawing from early sources such as “Golden Legend” (c. 1266), that record the saint as a beautiful and eloquent woman whose faith converted hundreds of pagans. In these narratives, however, Emperor of the Roman Empire Maxentius remained unmoved by her words. Struck by her beauty, instead, sought to marry her, but have her killed when she refused.

Proccacini’s “Saint Catherine” depicts her moment of martyrdom without any of her intellectual attributes; she gazes heavenward during the dramatized violence of her execution. In both story and image, the pagan ruler is unable to control her through marriage, nor can he break her Christian faith.

Brides in Europe during those times could rarely refuse the marriages arranged for them by their families. Girls were eligible for marriage as early as the age of 12, usually marrying men who were twice her age. Like today, gifts were exchanged during the courtship. Wedding gifts prepared the elite couple for married life after the ceremony.

The “Cassone” (wedding chest, c.1430, Northern Italy) was likely such a gift, as these were commissioned by the bride during the betrothal period. The allegories carved on this chest display feminine virtues, such as charity and fortitude, appropriate for a young bride.

The celibate life of nuns provided some women with an alternative to marriage and motherhood. In convents, they could devote their lives to study. “Mater Dolorosa (Our Lady of Sorrows)” (late 1400s–early 1500s) by the Master of the Magdalen Legend (Flemish, active 1483 to c.1530) depicts a typical nun, with her head piously down and hands in prayer.

Young brides felt an enormous pressure to have children. Even the clothes they wore were believed to have an impact on their fertility and were sometimes expressed in their portraits. In “Portrait of Queen Eleanor of Austria” (c.1516) by Jan Gossaert (Netherlandish, c.1478-1532), the sitter clutches what appears to be the fur of a marten or similar animal in the garment. According to Ovid’s “Metamorphosis,” weasels and martens became impregnated auditorily, a report Christians later connected with the Virgin Mary, who in the Bible became pregnant when she heard the words of the Archangel Gabriel. The fur was once a symbol of the female sitter’s wealth and access to fine materials and her fertility as well.

This intriguing was made possible by a collaboration between Worcester Art Museum curators and students of the Clark University in Worcester.

The Worcester Art Museum presents “Women of WAM: Depictions of Femininity in Early Europe,” through Sept. 5, a self-guided exhibition at the Worcester Museum of Art, 55 Salisbury St. in Worcester, Massachusetts. For information, go online to www.worcesterart.org