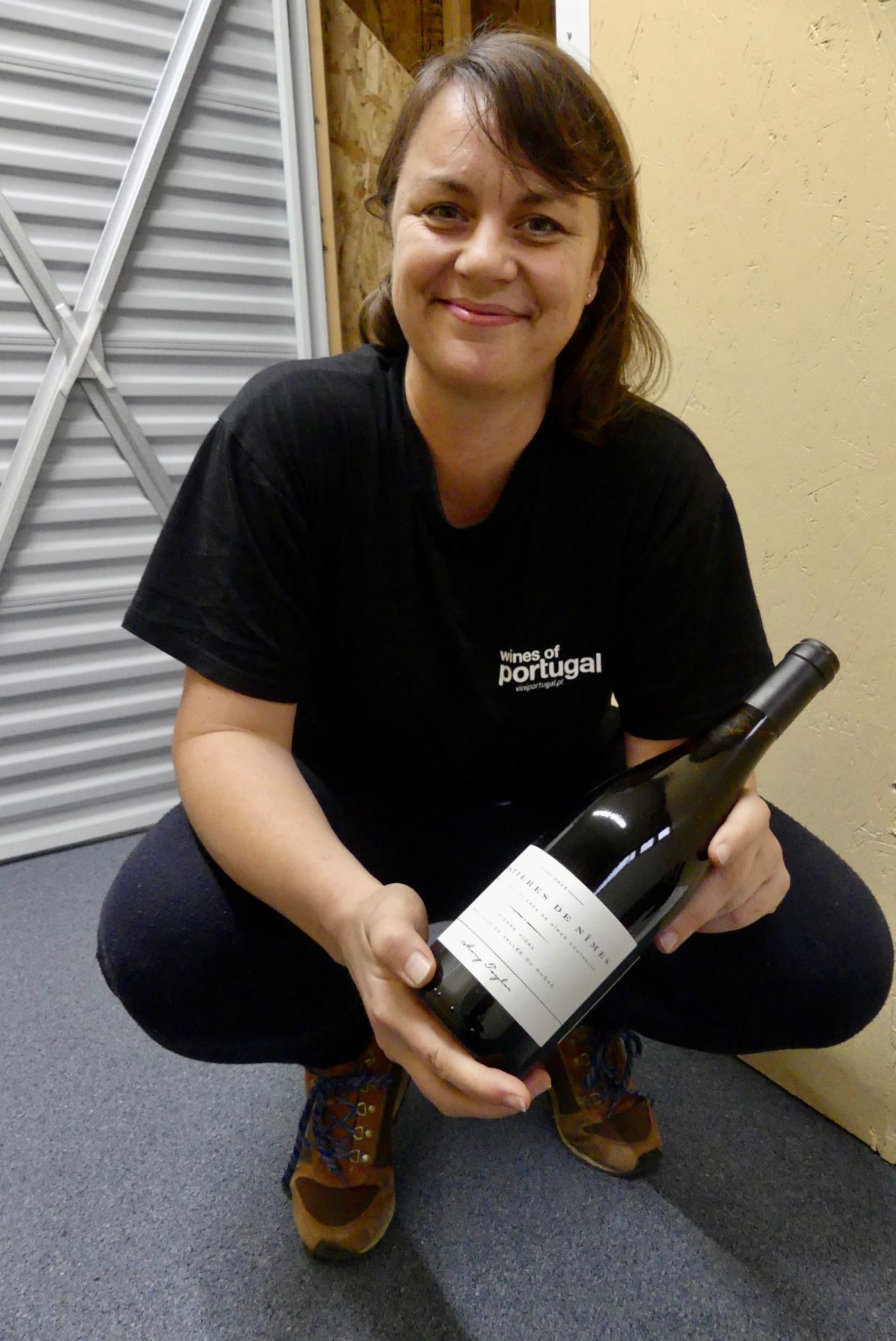 Mary Taylor poses with a bottle of one of her negociant wines — a wine produced by a small vineyard under her label. 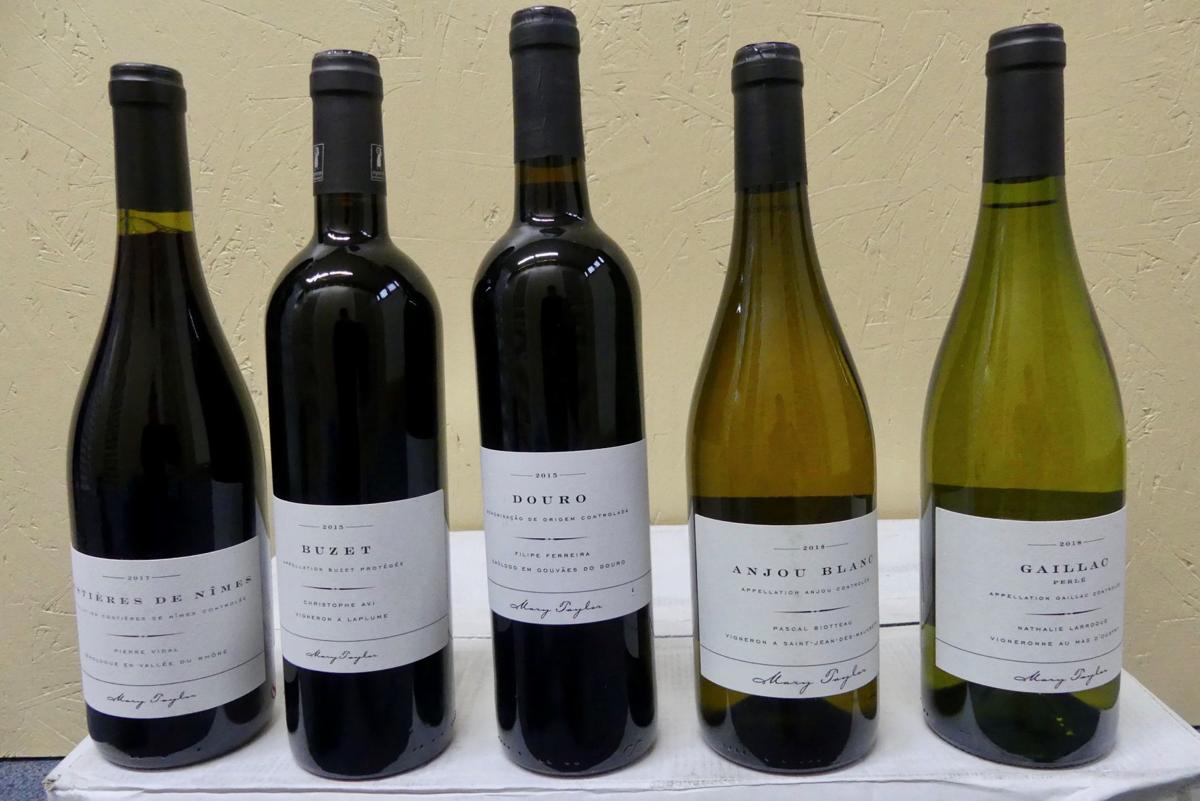 A selection of bottles of Mary Taylor wines produced from European vineyards. 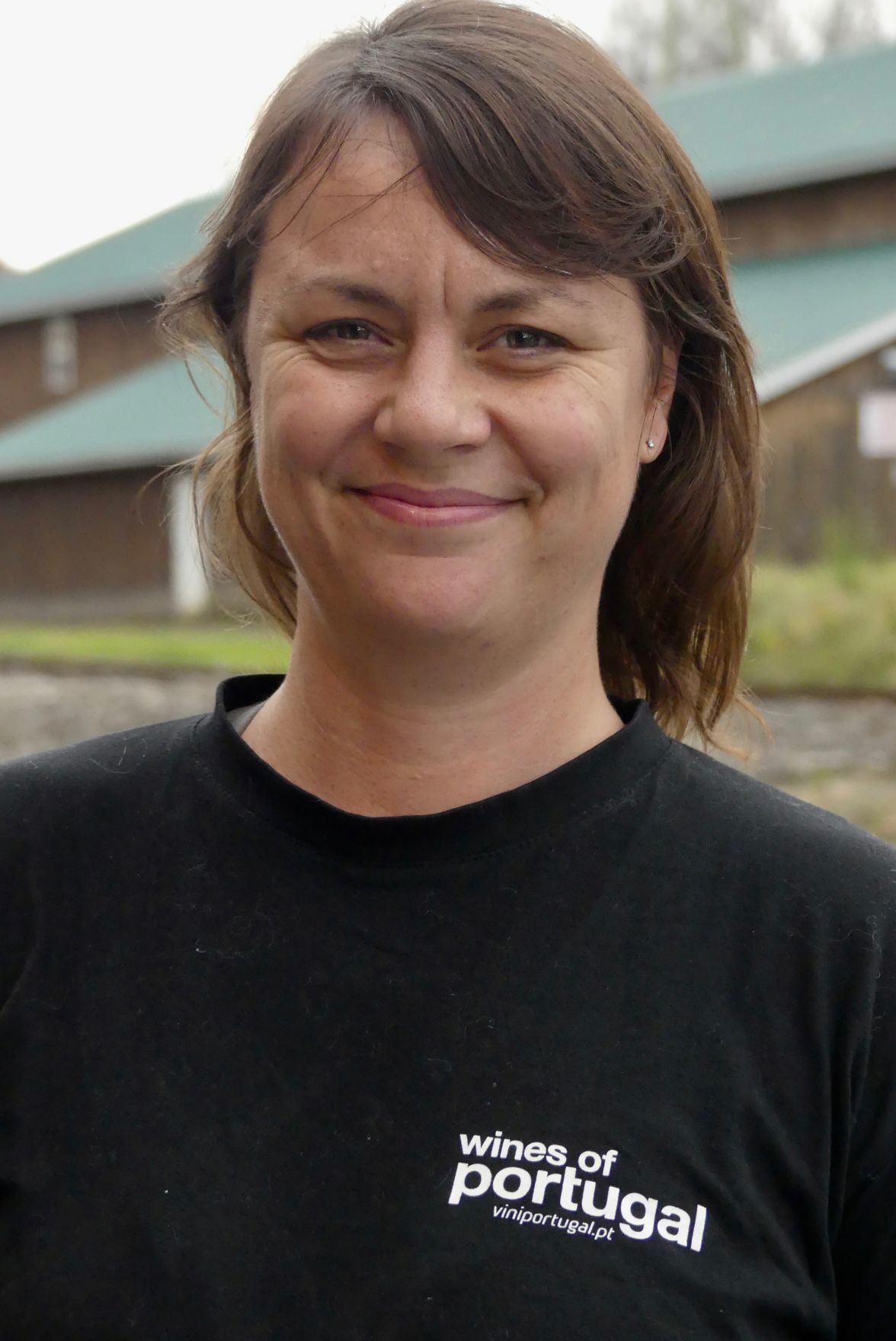 Mary Taylor poses with a bottle of one of her negociant wines — a wine produced by a small vineyard under her label.

A selection of bottles of Mary Taylor wines produced from European vineyards.

Mary Taylor, the co-owner of the Montpelier-based Housatonic Wine Company, which was formed to distribute her personally labeled Mary Taylor Wine, is a passionate woman. She is passionate about good wine and passionately opposed to the new 25% tariff on wines from Spain, Germany and France.

Taylor is a “negociant” wine merchant, which means she works with small vineyards to create her own wines. Currently she sells 12 wines from France, Italy and Portugal, and had hoped to add a thirteenth wine from Spain, but with the new tariff, which was imposed October 17, she has put that wine on hold.

The problem with the tariff is especially acute for small companies like hers, she said, because big companies can more easily absorb the increase in costs. Last year her company sold 14,000 cases, a very small number compared to the total sold by the well-known national brands. The new tariff brings the various government-imposed surcharges and new bank fees to nearly 40%. Her company had been paying 9% in fees. The 25% tariff is in addition, plus she now has bank charges because she had to borrow money to cover the higher costs.

“That’s our entire profit margin,” she said. “This tariff is an assault on small businesses.” Taylor said she won’t raise her prices to match the tariff because she needs to remain competitive. Her wines are priced at around $15 a bottle.

“I produce high-quality, reasonably priced wines and that isn’t going to change,” she said. She plans to keep her wine prices: “according to the ‘Old World’ view of wine as an accessible, everyday luxury.”

Taylor also believes the tariffs could undermine the food renaissance that’s going on in many small American cities, as a variety of high-end products such as Italian Parmesan cheese and Spanish olive oil are also subject to the new tariffs.

The tariffs were imposed by President Donald Trump in retaliation against new French taxes on digital companies, including American tech giants Google, Apple and Facebook, and also in reaction to French subsidies to the airplane manufacturer Airbus. The new tariffs, which are on $7.5 billion worth of European goods, were approved by the World Trade Organization as compensation for illegal EU subsidies to Airbus.

Taylor’s passion for wine started when she was 13 years old, working at a wine-and-cheese store in Concord, Massachusetts. She has been working professionally in the wine business since the mid-1990s. She started as a cheese monger and wine steward, and later worked for wine auction houses such as Sotheby’s and as a wine buyer in Manhattan. She also worked for companies that import wine. She started Mary Taylor Wine in 2013.

She moved to France to follow her passion for wines, where she wrote a weekly newsletter called “The Thoreau Wine Society” named for famous Concord resident Henry David Thoreau, who was a teetotaler. Despite his aversion to alcohol, she named the newsletter after him both for their common Concord connection and for his passion for a simple-life.

What separates her wine from most imported wine, she said, is the fact that none of her wine is made from blends from various wineries or various locations. She follows the “terroir” wine movement, as each of her wines is from one region only. Each label tells exactly where the wine is from.

“I’ve come to love the European system of place name or appellation which designates the geographic origin not just of wine, but cheese, olives and butter as well,” she said.

Taylor works directly with growers to craft the wine that is sold under her name. The winemakers ship the bottles to a warehouse in Elizabeth, New Jersey, and then the wine is shipped to various storage facilities throughout the country, including her Montpelier storage locker.

Her wines also are different from most national brands in that she adds no additives or flavors, and none of her wine is aged in oak barrels. She said many French winemakers age their wines in oak, not because it improves the taste, but because that is what they think Americans want.

“The only thing that should impact the taste of the wine are the fruit and the soil,” she said. “My wine is a genuine ‘wine of place’ sourced from some of Europe’s most classic regions.”

Taylor said her wines are geared toward making the selection of a good wine easy. “I created Mary Taylor Wine because I don’t think you should have to be a serious wine expert to experience the kind of honest, authentic wines that Europeans have been enjoying for centuries,” she said.

“I worked my whole life for male-owned business, where my strategic thinking was not heard. Men overwhelmingly own the money and the resources, so women’s creative expression in the business is less visible. It doesn’t take upper body strength to run a great company, just experience, insight and intelligence,” she said.

Mary Taylor Wine is currently available at eight Vermont locations: in Montpelier at Yankee Wine and Spirits, North Branch Café and Bear Naked Growler; Hinesburg at 116 Wine and Spirits; Shelburne at the Village Wine and Coffee; Waterbury at The Wine Vault and Crossroad Beverages; and in Stowe at the Public House and Bottle Shop and at Stowe Beverage. Taylor’s business partner Nicole Keiley, who works from Gorham, Maine and is in charge of sales, plans to expand to other Vermont wine sellers.

Taylor lives in Sandy Hook, Connecticut but is considering moving to Vermont. “It’s a great place, I would love to live here,” she said when interviewed at the Bear Naked Growler in Montpelier.