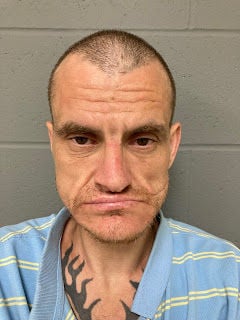 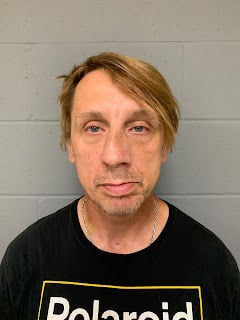 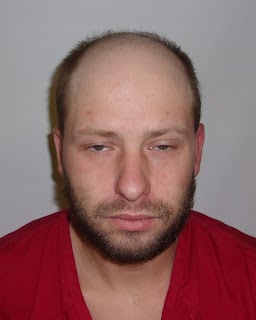 SPRINGFIELD — Defendants of an alleged kidnapping case pleaded not guilty to all charges in court on Friday.

Christopher Merritt, 40, of Springfield, has been charged with kidnapping, and assault with a deadly weapon among other charges, stemming from a kidnapping that occurred at a Stanley Road residence on July 30. Co-defendant Jesse LeFlam Sr. has been charged with the exact same crimes. Zachary Russell, 25, of Bennington, enacted his 24-hour rule and his arraignment will be held on Monday. The final defendant in the case, Patrick Mullinex, 38, was the victim of a homicide at a Bennington apartment a short number of days after the kidnapping occurred.

The state of Vermont alleges that on July 30, 2022, each of the defendants entered a residence at 71 Stanley Road in Springfield. According to a state affidavit, all were wearing masks and had firearms.

They forced the occupants of the house, including three children, upstairs where they were told to stay. A short time later, two other victims arrived at the house and were confronted by the armed assailants. It is alleged that upon entering the home, the male victims were told to sit down on a couch, to which one refused and was bludgeoned in the face a shotgun. Then, according to Michael Myers, 30, the assailants began to go upstairs where the children were, and he suggested to the men that they just take him instead.

At this point Myers was taken to his vehicle and driven to his home, where the men ransacked his residence. During this time, another victim arrived at Myers’ home, and according to the affidavit, Mullinex then kidnapped her at gunpoint as well. The armed men then took the victims to Mullinex’s residence and threatened to murder them, and assault Myers.

Eventually they left and ended up at a Chester location. It is at this location that Myers was allegedly tied up, thrown on a mattress, and beaten. In the court documents Myers suggests that Mullinex began choking him and only stopped when Merritt told him to. Merritt also offered Myers food, water and a cigarette. After a period of time, other unnamed people arrived at the Chester location and told Russell to untie Myers, which he did and apologized to Myers. They then brought Myers home.

During the arraignment for the three co-defendants, the state expressed concerns that the men would be flight risks and asked that they be held without bail. All of the defendants were processed with habitual offender enhancements, due to each of the defendants having a lengthy criminal history, including multiple felonies.

Should the three men be found guilty, the charge of kidnapping alone can bring a penalty of up to life imprisonment and/or a fine of $50,000.

They all were also given a no contact order with any of the victims. The original no contact order also included the co-defendants for each of them, but due to the men most likely being placed in the same facility, the judge did not want to add charges against the men for potentially inadvertently breaking the no contact order.

The police are still searching for a suspect, Raoul Cardona, in connection with the murder of Patrick Mullinex. According to police, Cardona shot Mullinex multiple times in a Bennington apartment and they believe he has fled to Massachusetts. Anyone with information regarding that shooting is asked to call the Bennington Police Department at 802-442-1030.

Did the suspects know the victims before they decided to rob their home on Stanley Rd?

Do you think your replies matter to anyone?

I'm sure it matters quite a bit to the detectives on this case, and probably to many of us with enquiring minds.

Maybe Raoul can get rid of the other three as well.

👊 That would be awesome.