Sign Up
Log In
Purchase a Subscription
You are the owner of this article.
Edit Article Add New Article
Home
News
Obituaries
Opinion
Sports
Features
Calendar
Classifieds
1 of 3 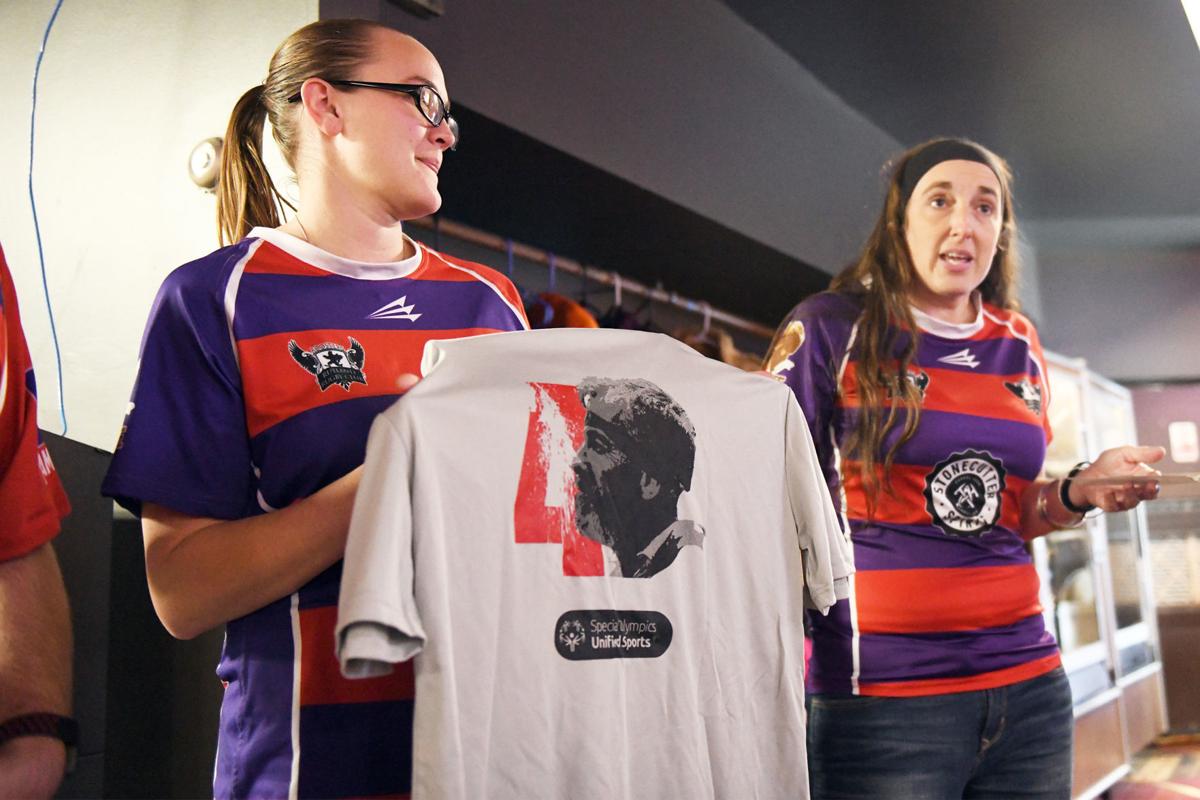 Rutland Rugby Club members Shannon Lamb, left, and Kate Troy, right, hold a jersey with a likeness of Keith Page on it before giving it to Kyle Slater (not pictured) at the Rutland Bowlerama last week. 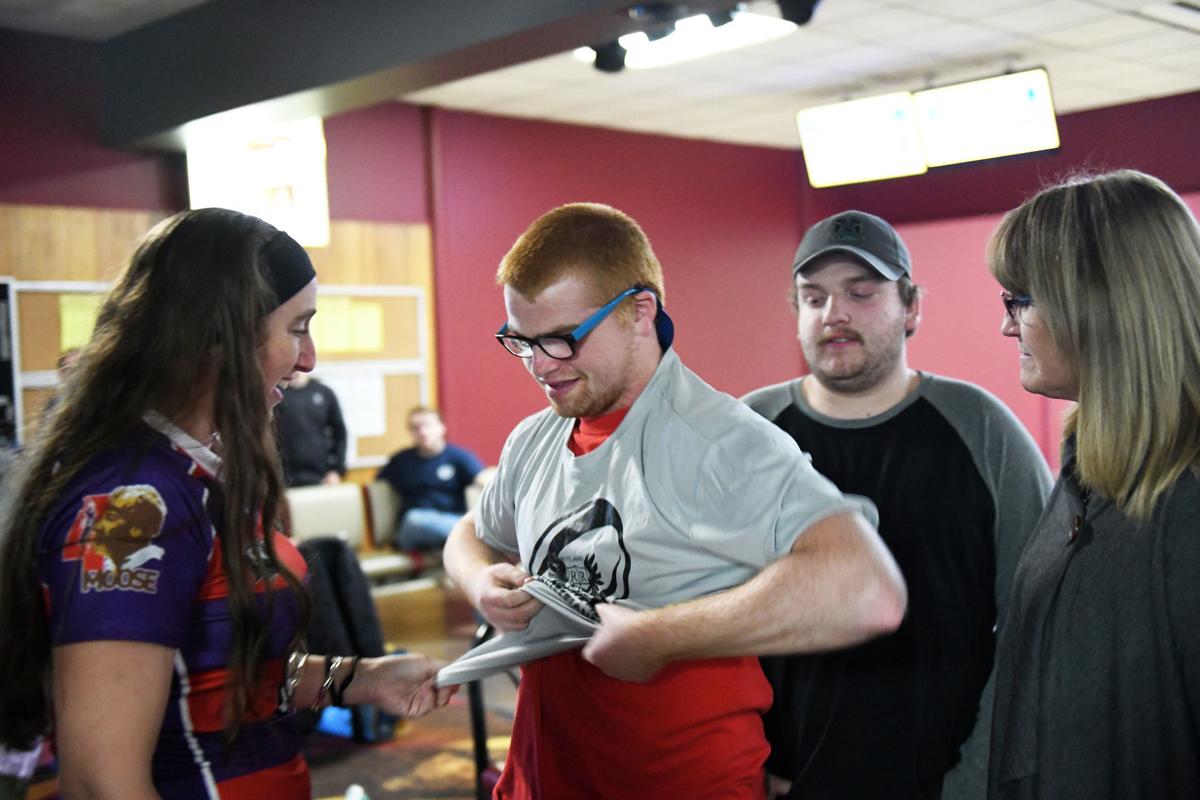 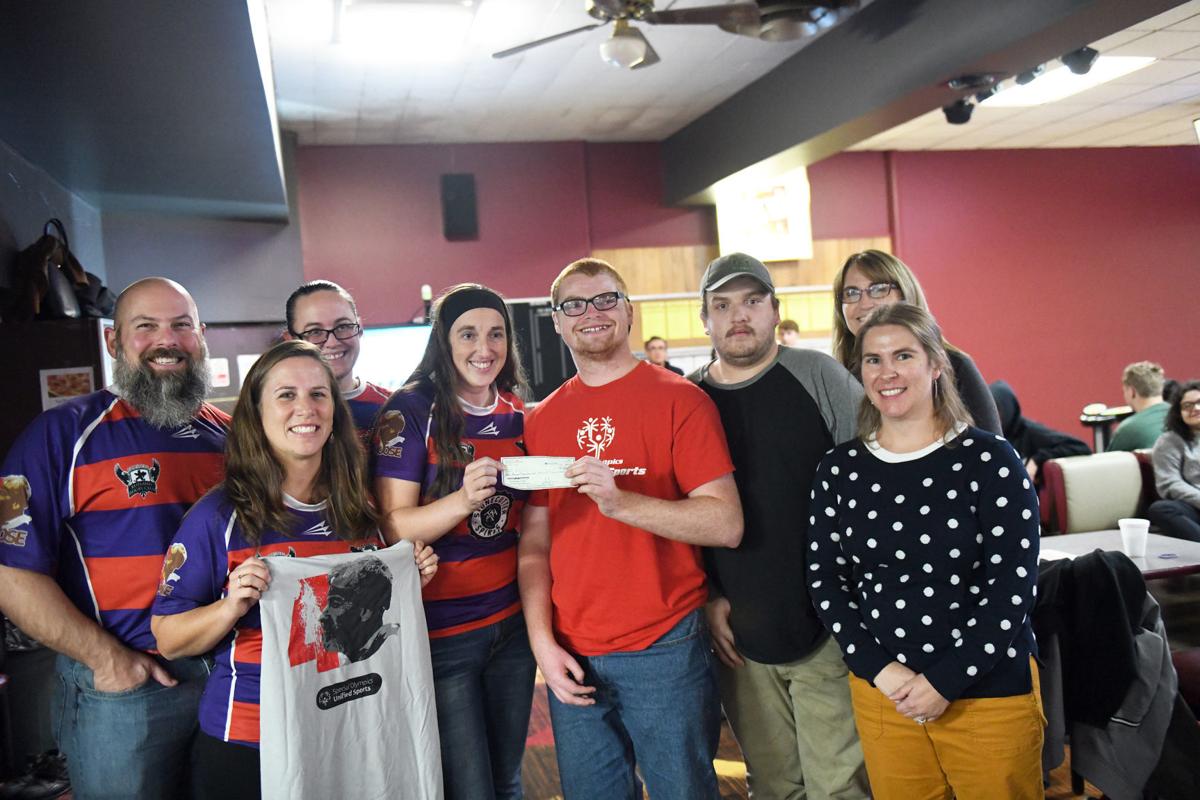 Rutland Rugby Club members Shannon Lamb, left, and Kate Troy, right, hold a jersey with a likeness of Keith Page on it before giving it to Kyle Slater (not pictured) at the Rutland Bowlerama last week.

Practice was business as usual for the Rutland City Public Schools Unified Sports teams at Bowlerama Monday night until the Rutland Rugby Club showed up.

In May, the RRC held its fifth annual Keith Page Memorial Tournament in West Rutland and used the $2,000 in proceeds to help the Unified Sports teams, which serve young and adult athletes with disabilities at Rutland High, Intermediate and Middle schools.

"We want to show our support," Kate Troy said. Troy helped organize the donation and plays on the women's rugby team.

Keith Page, who died in 2014, was a para-educator in the city schools for decades. Page also helped found the RRC in the early 80s.

Between the three schools, the check will help 25 athletes compete against around 500 others statewide.

Sara Gee, program coordinator, said the money will help with jerseys and equipment.

"Some of these kids would never be in sports if it wasn't for Unified," Gee said. "Teachers and other staff donate, but this donation from Rutland Rugby is the biggest."

The Rutland city teams are scheduled to compete on Dec. 17 in Berlin.