Sign Up
Log In
Purchase a Subscription
You are the owner of this article.
Edit Article Add New Article
Home
News
Obituaries
Opinion
Sports
Features
Calendar
Classifieds
1 of 7 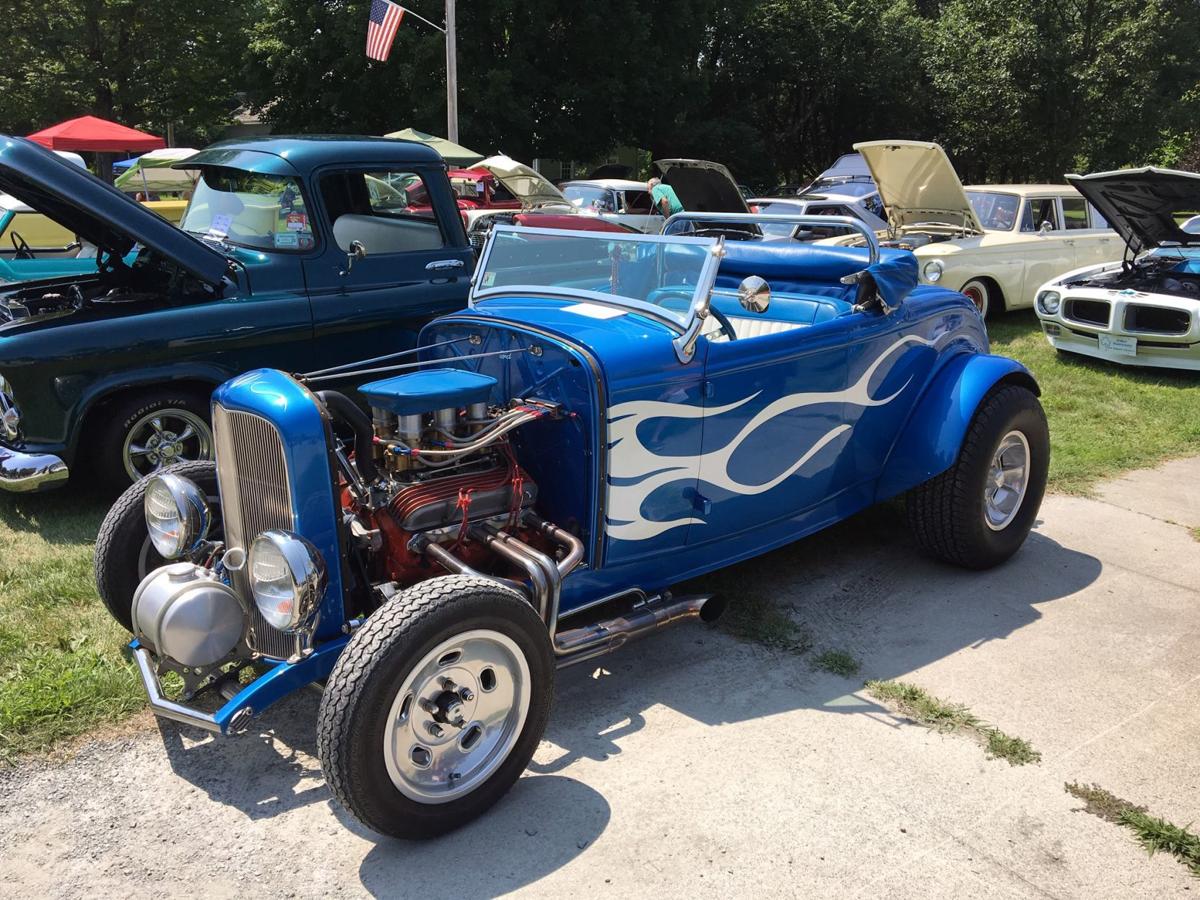 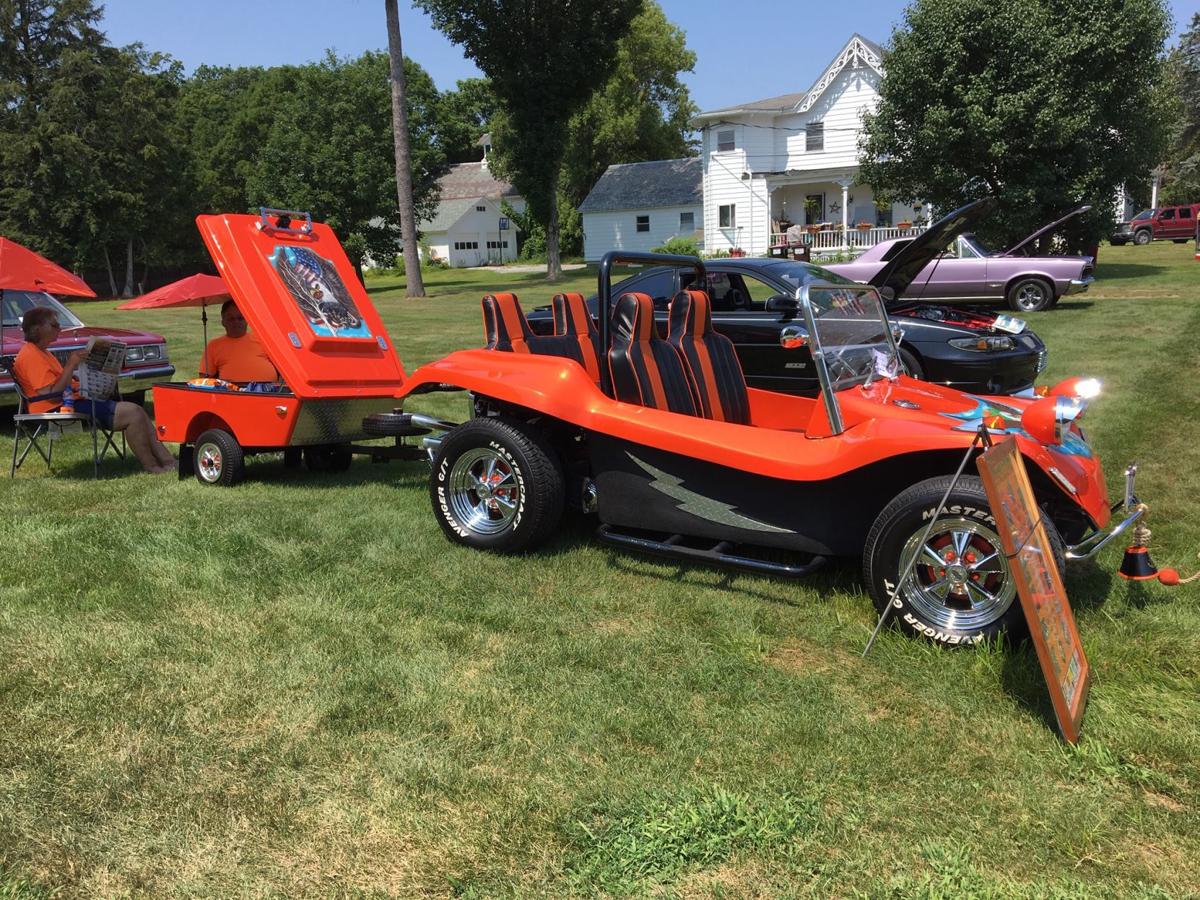 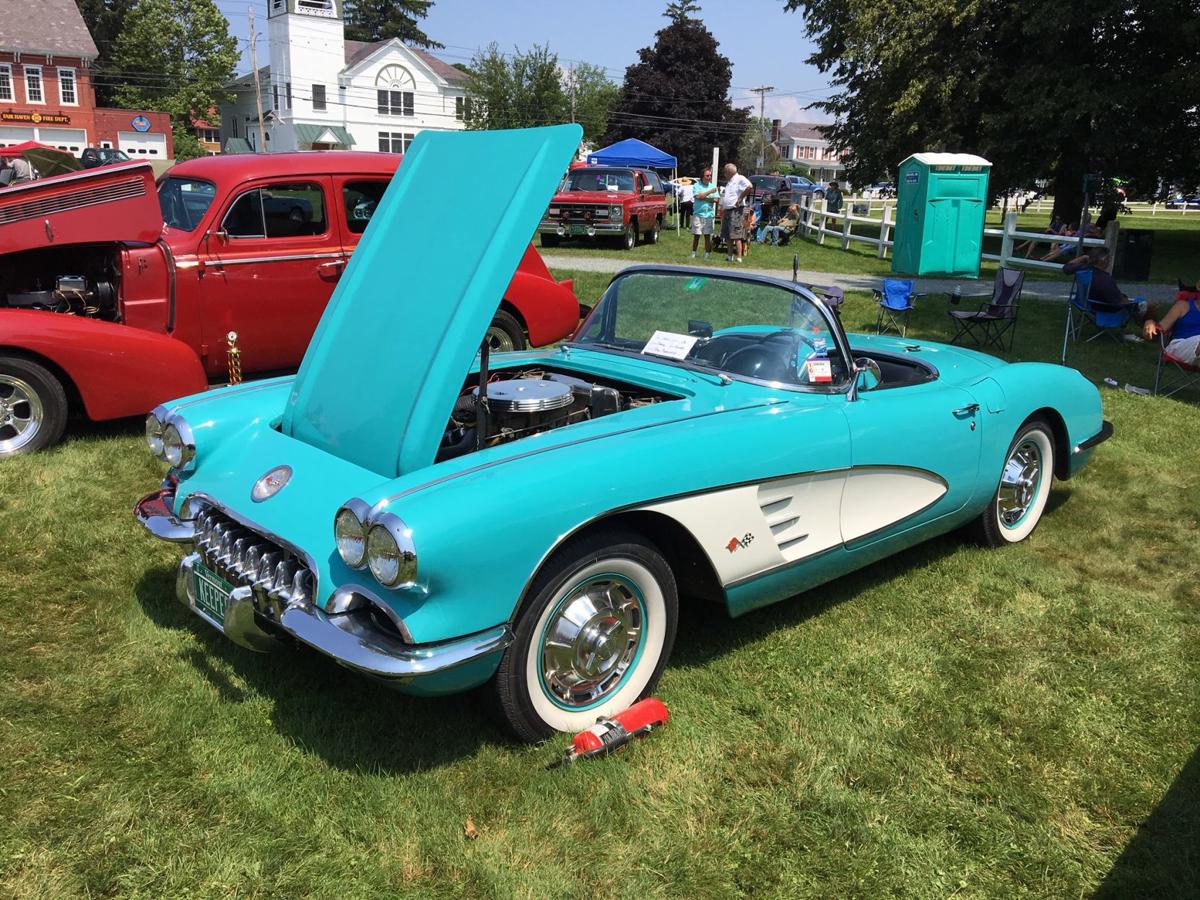 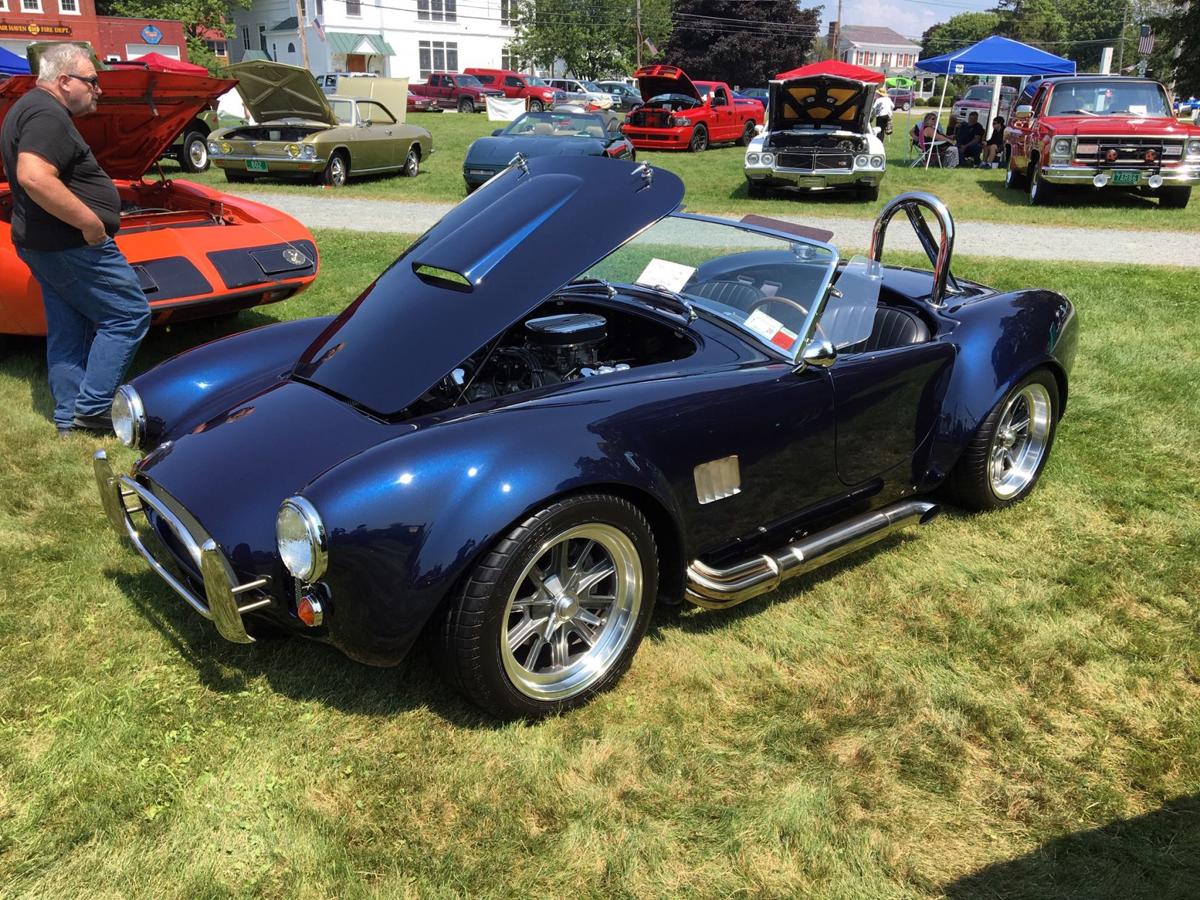 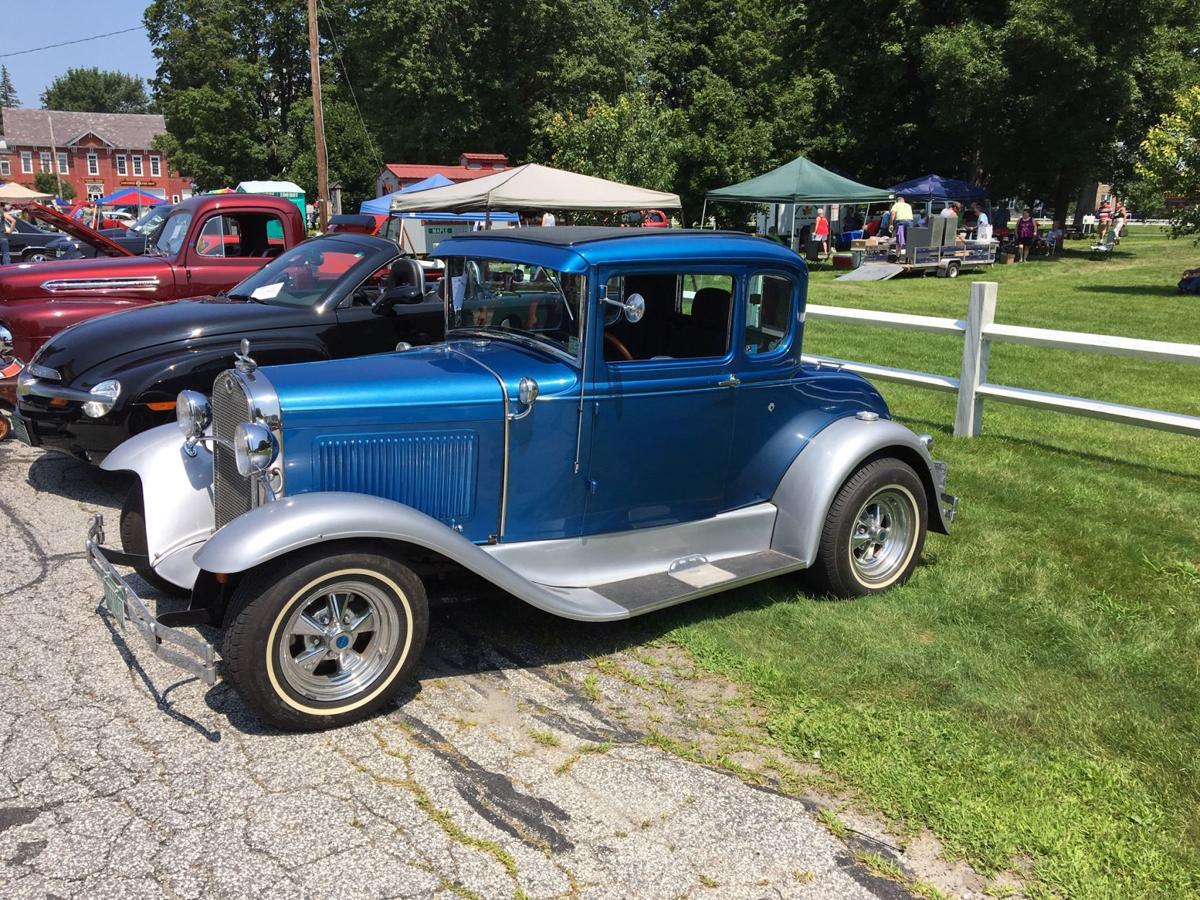 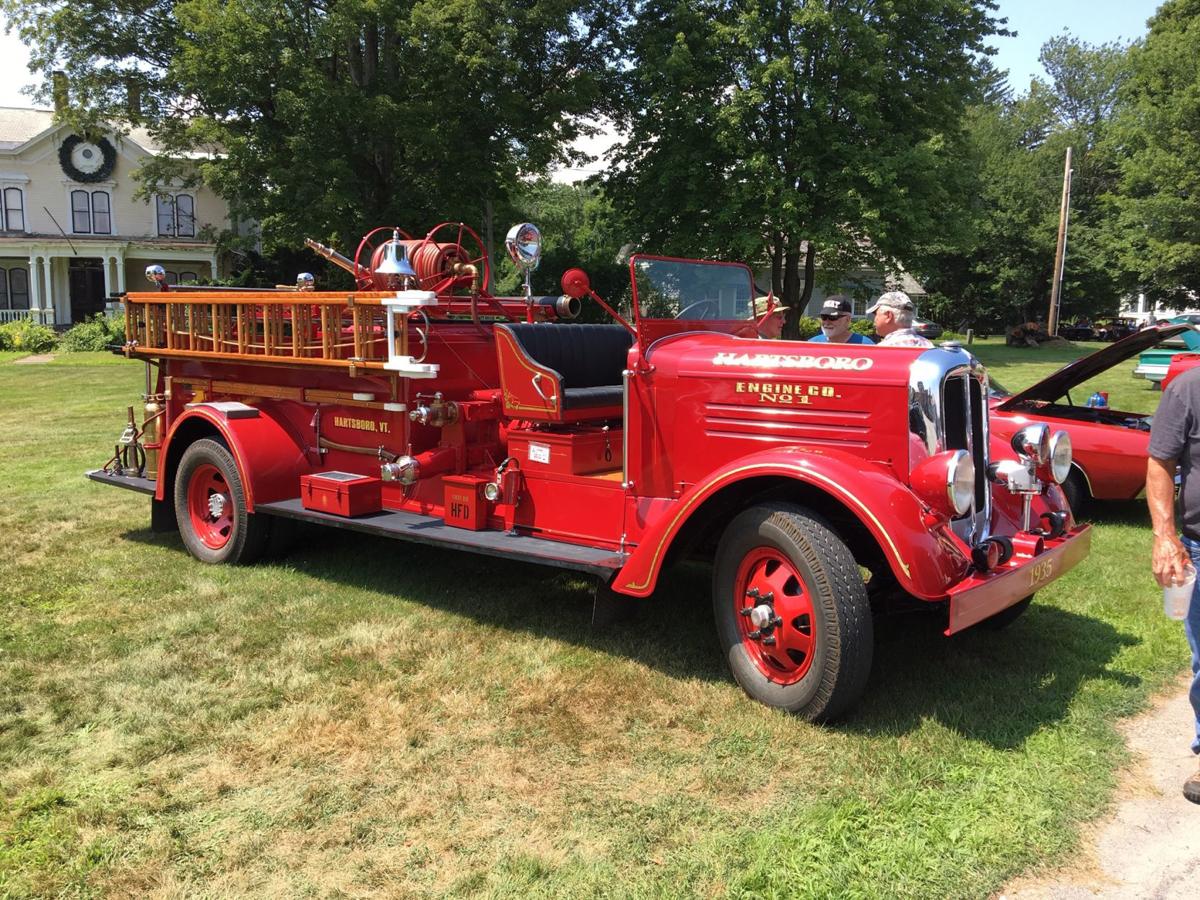 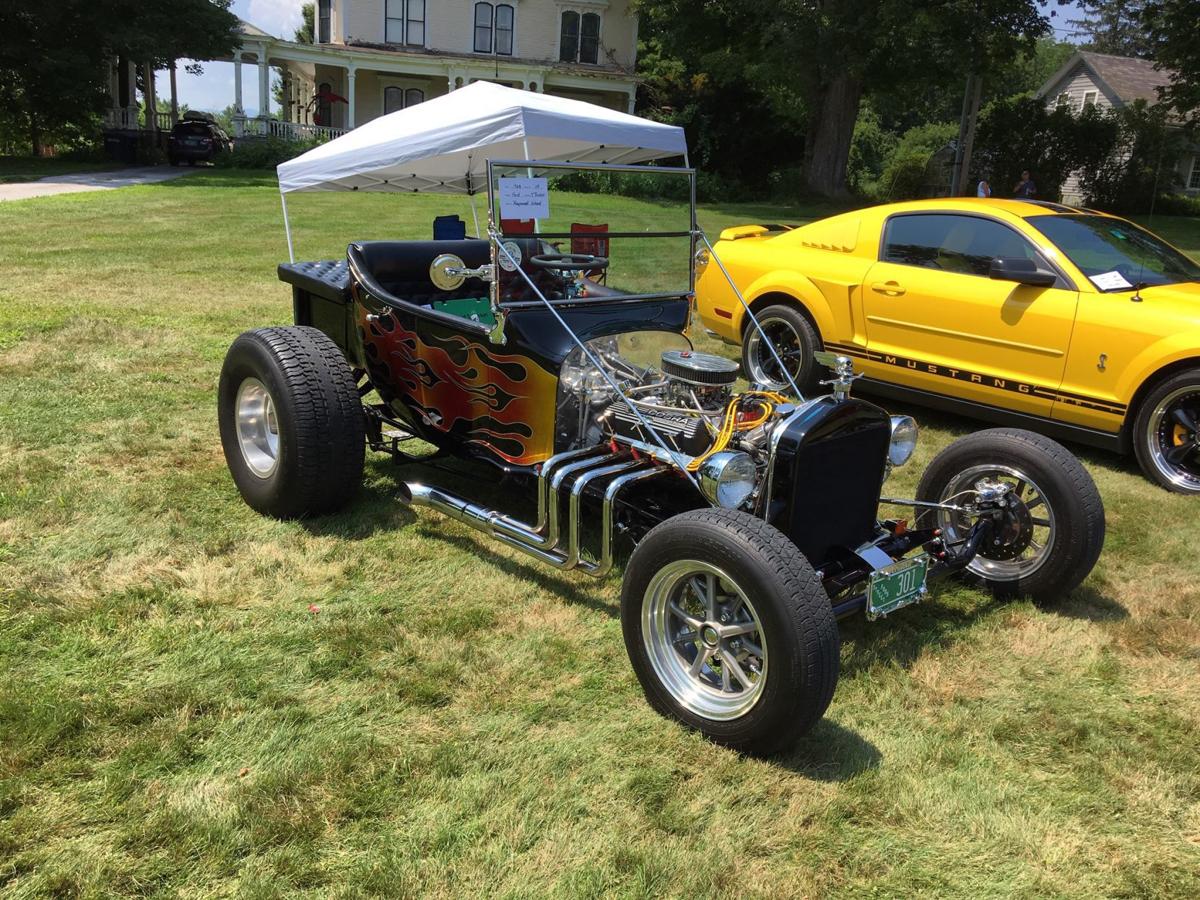 FAIR HAVEN — Ed Fabian said he hasn’t had to do any work on his 1930 Ford Coupe.

“I’ve only had it four or five years,” he said of the car, one of the oldest specimens on display Saturday at the 14th annual Vermont Lakes Region Chamber of Commerce Car Show. “I had a ‘34 Ford Coupe and I sold it. My wife and kid were mad as hell, so we went out and found another one.”

He said it handles marvelously, with power steering and power breaks — though, obviously, those features weren’t original to the car.

“It’s got a Corvette under it,” he whispered.

Similarly, the oldest car on display — the 1923 Ford T Bucket belonging to Raymond Wood of Pawlet — didn’t have much in the way of original parts.

“Maybe the steering column, springs in the back and the front,” Wood said of the 96-year-old car, which he said sported a 351 Windsor motor with 400 horsepower. “It’s a registered street rod. You don’t want to go over 60 in it, but it’s a fun car. It’s made to cruise.”

Wood was also displaying a Mustang similar to the one famously driven by Steve McQueen in “Bullitt,” but said the earlier generation of cars has a special place in his heart.

“I’ve always liked the old buckets,” he said. “They’re beautiful cars. They have character to them. ... The newer cars all look the same to me.”

Organizer Kerry Fowler said they had 112 cars on display.

“I think the first couple shows we had six cars,” he said. “We got some new cars I haven’t seen this year — a lot of them are new.”

Fowler said it was hard to gauge attendance at the event, which took place around the edge of the town park.

“We don’t charge admission so everyone just kind of wanders through,” he said. “It’s a little bit of a fundraiser for the Lakes Region Chamber of Commerce. After expenses, we might put $300, $400 in the kitty. Really, it’s one of those things to get people out, give them something to do.”

A Chevrolet Bel Air, Ford Fairlane and Ford Thunderbird — all late ‘50s/early ‘60s vintage — sat lined up as if parked outside the sock hop in “American Graffitti.” Next to them, a 1974 VW bus wasn’t quite old enough to have been at Woodstock but would not have looked out of place there.

There were at least three jeeps, dating as far back as the late 1940s. The 1967 model Ernest Monroe of Fair Haven had was the same type he drove in Vietnam.

“I liked them then,” he said. “I was an S4 driver. I drove officers around. ... I bought it from a guy in New Hampshire. I haven’t done nothing to it. The guy got it in the junkyard and fixed it up.”

In addition to a period-authentic paint job, Monroe had Vietnam-era military equipment spread on the hood, including canteens helmets and a rifle. Monroe said he displayed the car and the gear in an effort to educate people about Vietnam.

A little ways down was another historic paint job, this time on a 1988 Plymouth Gran Fury made up to look like a cruiser for the California Highway Patrol as seen in the TV show “CHiPs.”

“This was an actual police car,” David Cavacas Sr. said. “It was a retired sheriff’s car from Rutland. When I bought it, this guy in Castleton had a security company.”