Sign Up
Log In
Purchase a Subscription
You are the owner of this article.
Edit Article Add New Article
Home
News
Obituaries
Opinion
Sports
Features
Community
Classifieds
1 of 4 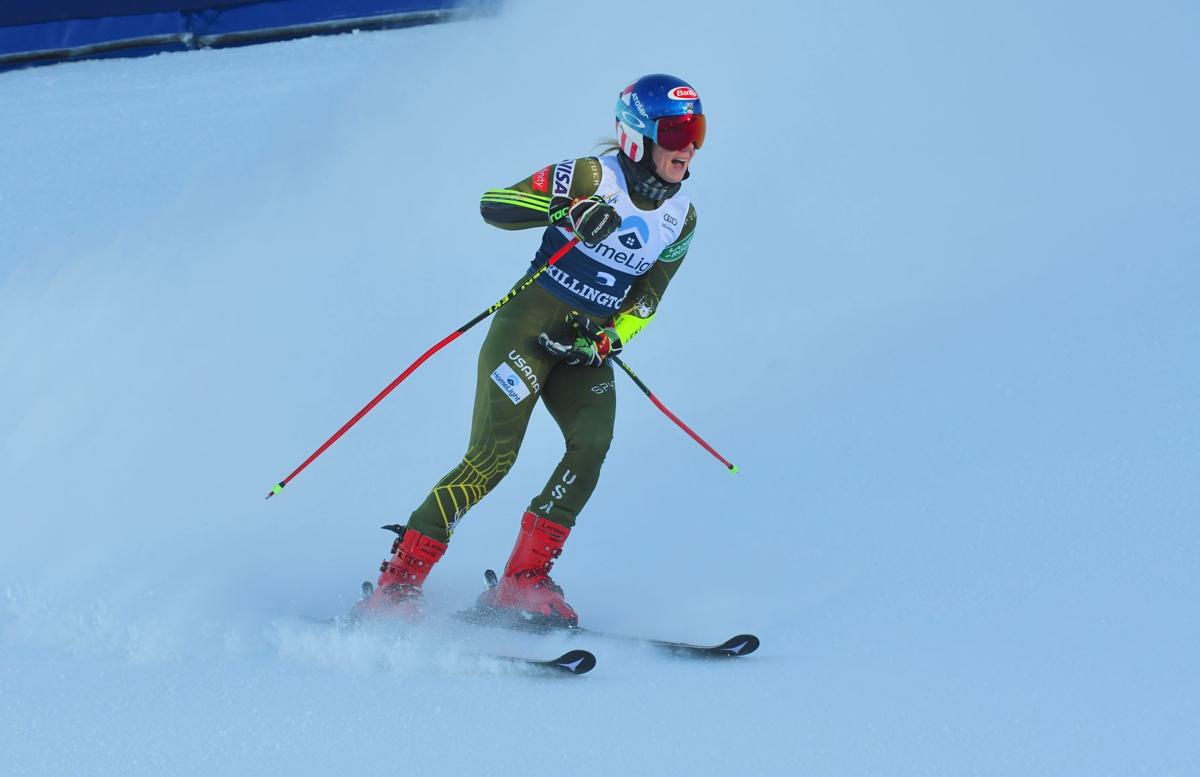 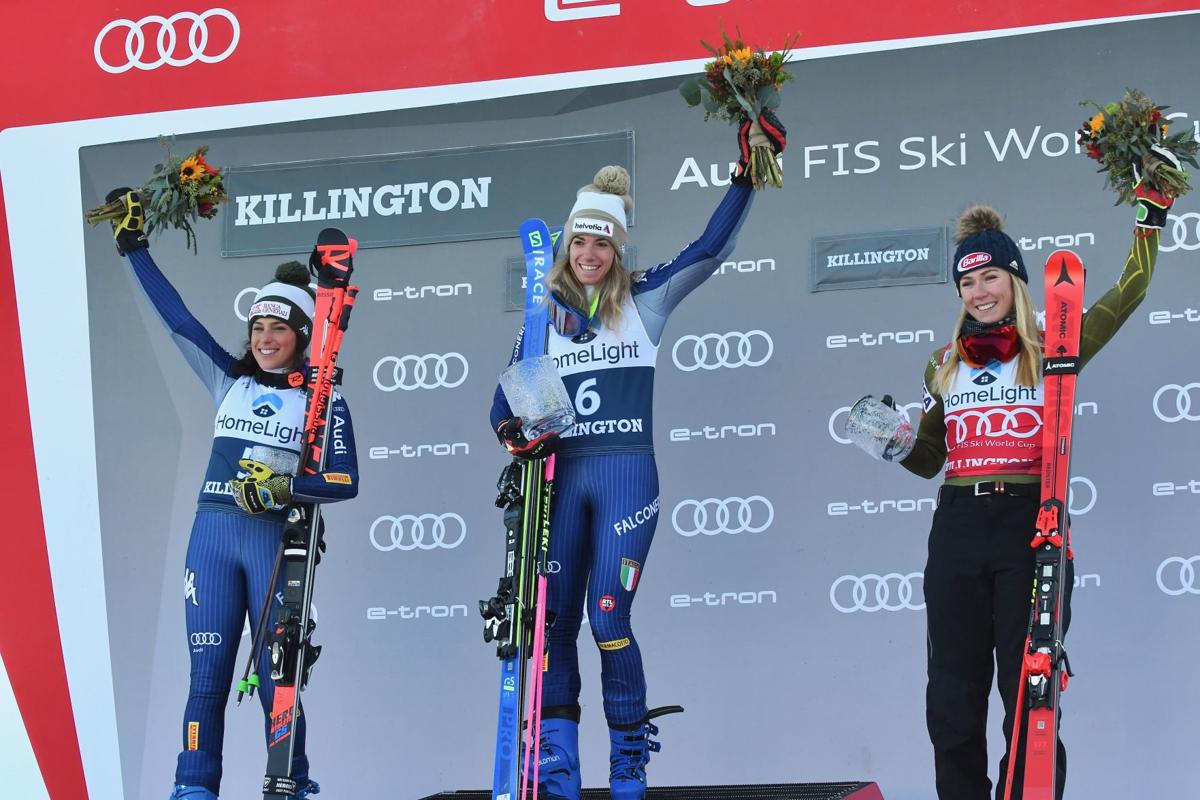 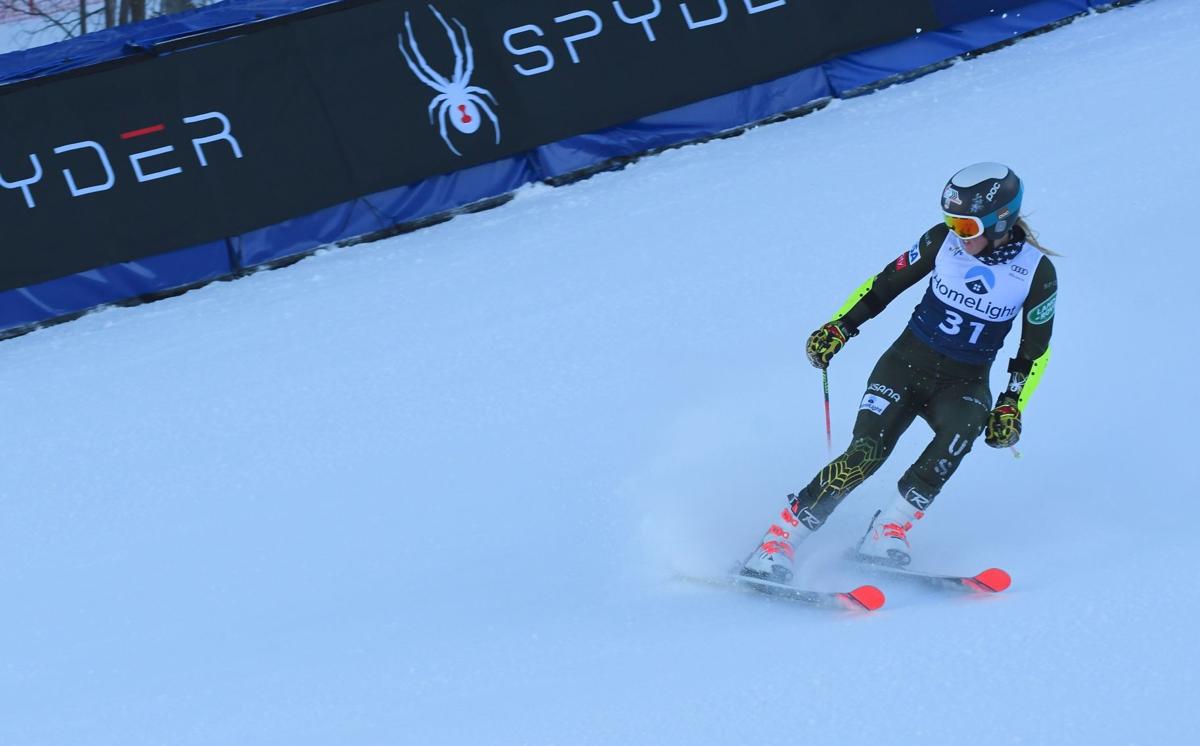 The USA's Nina O'Brien crosses the finsh line on her second giant slalom run on Saturday at the Audi FIS Ski World Cup held at Killington Resort. O'Brien attends Dartmouth College in Hanover, NH, majoring in economics and German, as well as racing on the World Cup tour. 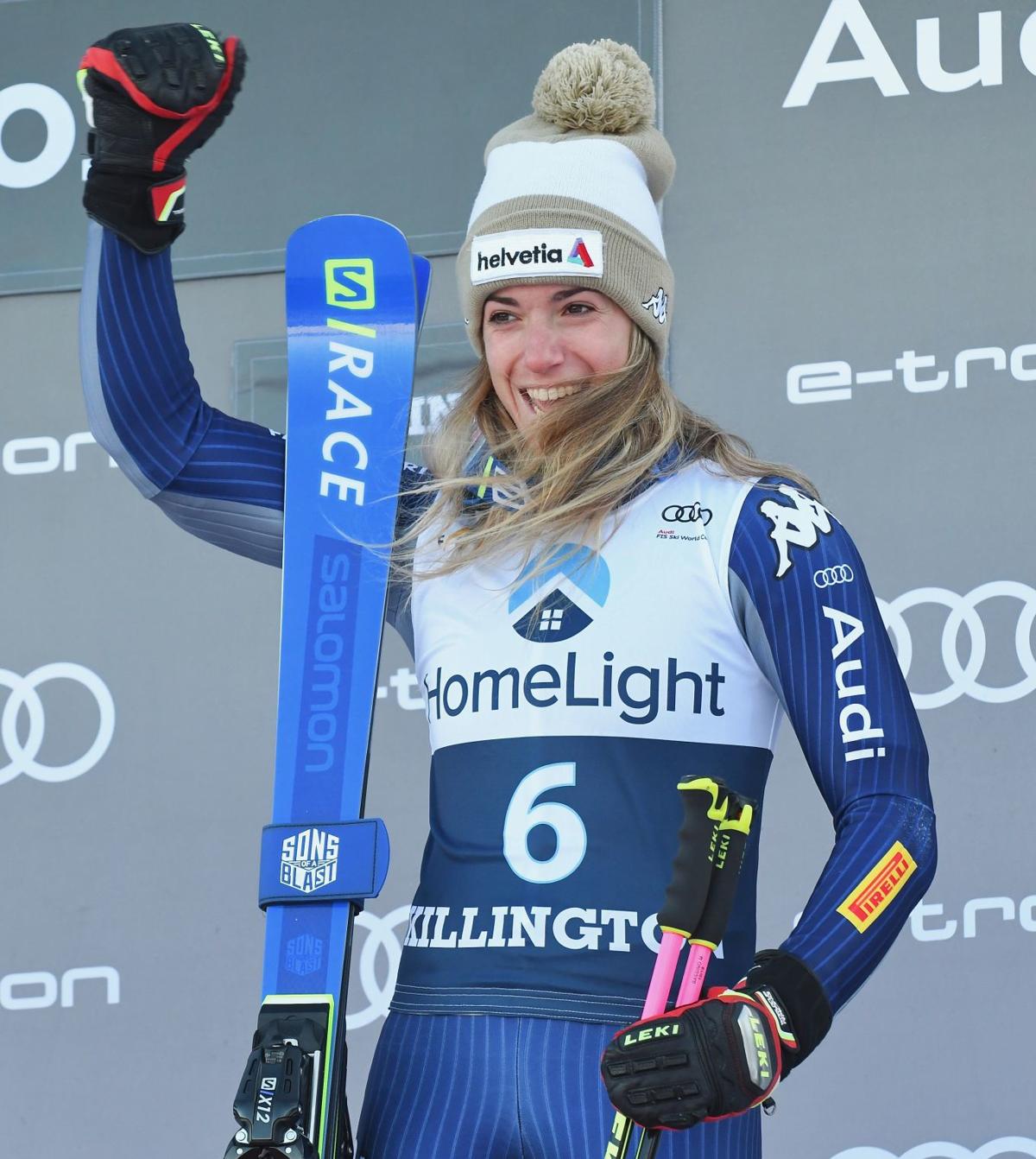 The USA's Nina O'Brien crosses the finsh line on her second giant slalom run on Saturday at the Audi FIS Ski World Cup held at Killington Resort. O'Brien attends Dartmouth College in Hanover, NH, majoring in economics and German, as well as racing on the World Cup tour.

KILLINGTON — Mikaela Shiffrin emerged from the sun, which sat directly atop Superstar.

The narrative coming into the FIS Women’s World Cup was centered on the 24-year-old American skier. Sweeping Killington would put her in second place for the most lifetime victories at the tournament and bring her that much closer to overtaking recordholder Lindsey Vonn.

The top female skiers in the world gathered in Killington for the fourth year in a row, competing in front of a crowd that was expected to total 40,000 in the course of the weekend. In an interview between races, Gov. Phil Scott called it the largest sporting event in the state and invited visitors from outside Vermont to “come back again.”

Saturday was the giant slalom, and Shiffrin was the third racer in the first run of the day, easily finishing faster than the two who went before her — German Viktoria Rebensburg and Switzerland’s Wendy Holdener.

Her lead didn’t last, though. Tessa Worley of France, who won the GS in the World Cup’s first year at Killington, claimed fist place immediately after Shiffrin’s first run. Then she was displaced by Italian Marta Bassino after which Slovakian Petra Vlhova took second place and pushed Shiffrin down to fourth.

Before the first run was over, Shiffrin fell to fifth as Michelle Gisin, another Swiss racer, sped into third.

Alice Robinson, a 17-year-old up-and-comer from New Zealand, had been pegged as the big challenger to Shiffrin’s dominance after beating the American at a season-opening GS race is Austria. It was a feat the teenager wasn’t destined to repeat in Killington — she spun out and crashed hard, missing the cut-off for the second run.

The morning set of races ended with Shiffrin in fifth, separated from first by less than half a second. The 31 racers who qualified for the second run would return in the afternoon, going in the opposite order of their morning finishes.

Bitter cold didn’t keep the crowd away — the din of cowbells in the grandstand was nearly constant and shot up in volume when a racer reached the bottom.

“I love Killington, especially for the crowd,” Bassino said later in the day. “When I was there and all were screaming — it’s really emotional.”

Temperatures did perhaps make the noontime dance party led by DJ Logic relatively low-key by the standards of such events. A knot of well-bundled revelers pogoed in front of the stage. Most of the crowd was moving among the vender booths, where caterers selling $5 tacos and $15 personal pizzas were wedged in among various skiing companies.

Shriffin went late in the second run, starting strong but losing speed toward the bottom of the course — a problem among many of the racers — and finished behind then-leader Federica Brignone. The American still had the chance on Sunday to tie for second-most wins with Annamarie Moser-Proll by winning the slalom competition, but overtaking the retired Austrian would have to wait for another day.

Ultimately Bassino held onto her early lead to score her first World Cup win, accepting the first-place trophy from Gov. Scott. Her countrywoman Brignone took second while Shiffrin, who apologized in a post-race interview that she “wasn’t just a little bit faster,” came in third.

“I felt like I was pushing a little too hard in the wrong way in the first,” she said, noting that her edges were cutting through the surface. “I tried to be aggressive and smooth in the second one and it worked.”

All three of the top finishers said the course was well-prepared.

“It’s a slope where there’s no flat and there’s no really steep parts,” Brignone said. “You have to always push. … It’s changing and you have to adapt yourself during the run.”

The course had been shortened from what was originally planned due to high winds at the top.

“There’s a lot of speed in this hill,” Shiffrin said. “When it’s short like that you have to be fast, clean, no mistakes. It’s a little more challenging than you originally think, but that’s what makes it fun.”

The area warmed up a little through the day but temperatures were still in the mid-20s by the end of the second run. Far more of the crowd was moving toward the parking lot than toward the stage to see Grace Potter perform.

Shiffrin said she has learned to deal with nerves as a competitor, and traced her progress in that ability through each of the World Cups at Killington, which has hosted the event since 2016.

“That first year, I did feel a lot of pressure,” she said. “It was pretty miserable.”

She said that during the race, a random fan in the crowd sent her a message on Instagram, saying they were just happy to have the skiers here and to be able to see the races.

“It was a really meaningful thing to hear or to read at that time,” she said.

Shiffrin said that each year, she has felt a little better.

“By this time, I’ve realized that people want to see an American on top, but nobody really cares,” she said. “When I don’t win, I’m like, wow — people have moved on from that really quick. Maybe I should, too. That mindset has helped me enjoy this more. … All in all, it’s still a pretty good day.”