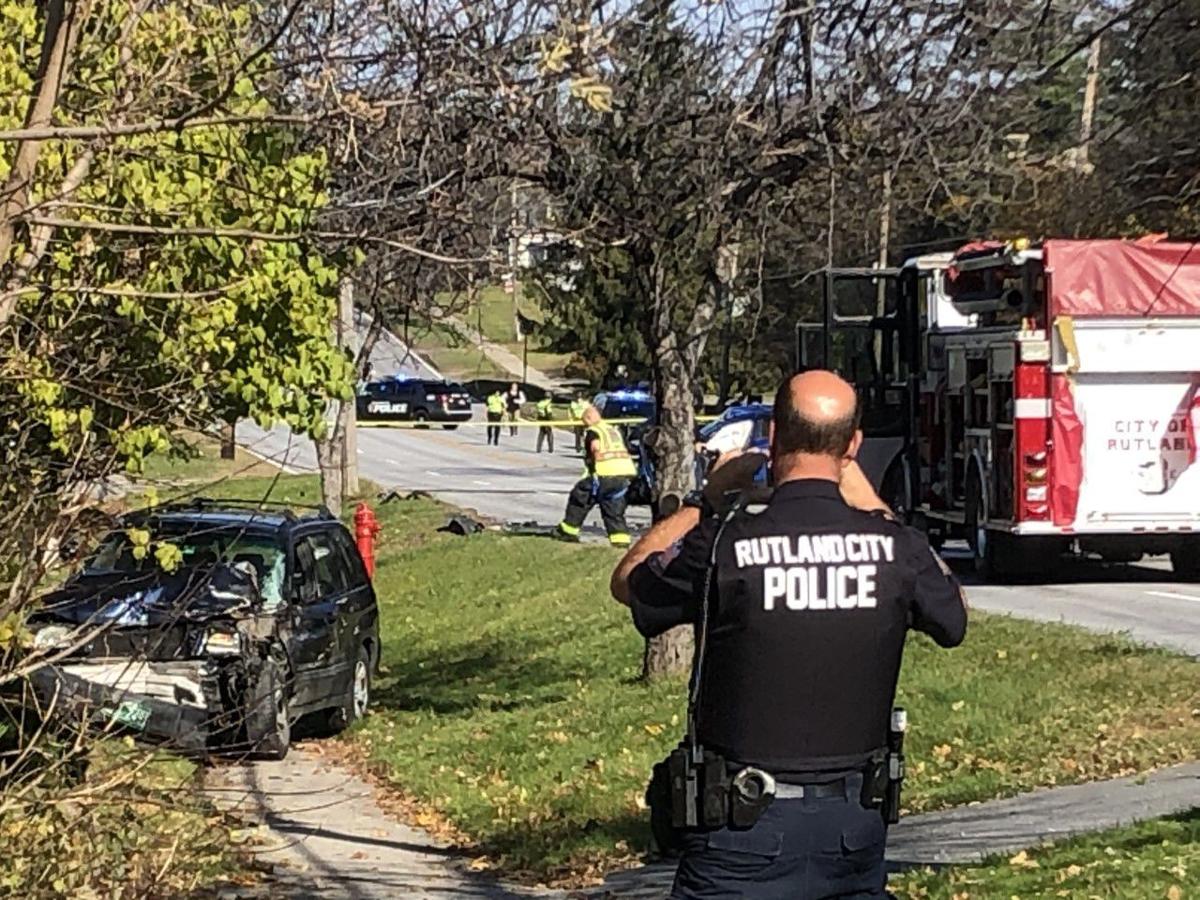 Rutland City Police take photos of the scene of a multiple-car collision that closed Route 7 North in Rutland on Thursday morning. 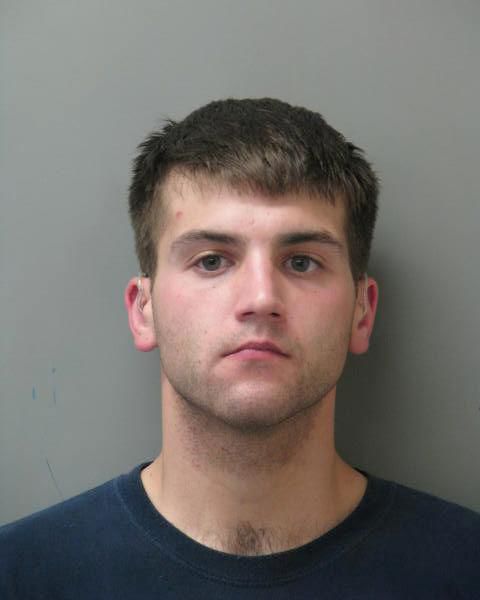 A Pine Street man is being held on $50,000 bail after being arraigned Friday for a felony count of grossly negligent driving for a crash on Route 7 on Thursday, which caused the death of Jacqueline Burch, 26, of Pittsford.

Michael D. Reed, 27, of Rutland, pleaded not guilty in Rutland criminal court to the felony charge and a misdemeanor charge of driving with a suspended license.

Judge David Fenster, explaining his decision for the bail amount, noted the police affidavit in the case said two emergency medical technicians told police they saw Reed apparently “huffing” from an aerosol can after the crash.

In an affidavit, Detective Ryan Ashe said police became involved in the case after being dispatched to a multi-vehicle crash in the area of North Main Street and Rotary Park on Route 7 in Rutland around 10:15 a.m. Thursday.

Rutland Police Officer Rick Caravaggio was one of the first officers on the scene, Ashe said. He noted a blue Chevrolet in the middle of North Main Street, also known as Route 7, and a Subaru Forester off the the roadway in the grass at the bottom of a small embankment. Reed was sitting in the Forester.

“Later, when I interviewed EMT Peront at the office of the Rutland Regional Ambulance Service, he informed me that he was attempting to bring Reed over to the ambulance, but Reed would not listen. Reed reached into the vehicle and Peront observed Reed ‘huff’ out of an aerosol can,” Ashe wrote.

Harvey said she watched Reed huffing through the back window of the Forester.

Harvey and Peront said Reed refused treatment at the scene.

Ashe also described the efforts of Officer James Rajda to assist Burch. The doors were locked so Rajda broke the window with a knife and a baton. Burch was lying diagonally across the front seats.

Rajda and an EMT tried to help Burch, but as she was being driven in an ambulance, emergency responders determined she had died.

During their investigation, police found that Burch’s Chevrolet Trax was hit by a Foley’s delivery truck. Timothy Hilder, 49, the driver of the truck, was taken to Rutland Regional Medical Center where he was treated and released.

According to Ashe, Reed was seen by two drug-recognition experts, but Ashe said the results of those examinations were not available at the time the affidavit was written.

Ashe said Reed agreed to give an evidentiary blood sample but not to answer questions. However, while Reed was at the hospital, he spoke with his mother, Jennifer Jackson. Officers at RRMC told Ashe that Jackson asked about the accident, and Reed told her someone died.

“Jackson asked if Reed was somehow responsible and Reed replied, ‘Yep,’” Ashe wrote in the affidavit.

Witnesses to the accident told police the driver of the compact sport utility vehicle was speeding. Ashe said physical evidence at the scene also indicated the Forester was straddling the road lines rather than staying inside a lane.

Ashe noted the area where the crash occurred is a four-lane road with a speed limit of 35 mph.

During Reed’s arraignment, there were many police officers present in the courtroom, including Cmdr. David LaChance of the Rutland City Police Department.

After the arraignment, LaChance said it was an important case to the officers who investigated, especially because a local resident died and the accused driver was not allowed to be behind the wheel at the time. He said he was proud that his officers had been able to make an arrest so soon.

“My detectives came in from the beginning, and we worked all night last night ’til late, late last night and came right in first thing this morning. There’s still a lot of work to do in this case, but we wanted to get the affidavits done, completed today, due to the seriousness of the crime and the events that occurred to get some justice started,” he said.

If Reed is convicted of both charges, he could be sentenced to up to 17 years in jail.

Also, Reed was charged with violating his probation on a charge of possession of stolen property. Reed was in the midst of a deferred sentence for grand larceny.

A defendant who receives a deferred sentence has his or her sentencing deferred for a specific time period. If that period passes without further legal issues, the sentencing doesn’t happen and the charge is removed from the defendant’s record.

Fenster ordered that Reed, if he posts bail, not drive, observe a 24-hour curfew and not possess aerosols or inhalants.

There needs to be justice for the life that was lost and the guilty needs to pay at all costs. What is being suggested is not near enough....low bond and not enough penalty. Make an example when there is a price to pay when bad choices are made.

I don’t get a few things here. It’s not a well written article. Where did the Foley truck come into it. Which directions were they traveling in. If she was speeding and not wearing a required seat belt, is that a mitigating circumstance? Pretty confusing article. Also, how does one plead not guilty to suspended license when he was driving and his license was suspended? I know we have a right to a day in court, but this is ridiculous. He should be jailed for violating the conditions of his deferred sentence. As if he’s going to maintain a 24-hour curfew and not be around any aerosol cans.