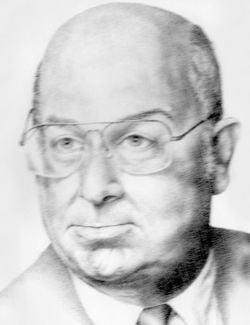 Bruce R. Dubay WORCESTER, Mass. – Bruce R. Dubay, CLU, 87, beloved husband of Shirley (Allaire) Dubay, passed away peacefully on Thursday, March 19, 2020, at UMass Memorial Healthcare Center. Born and raised in Bristol, CT, he was the son of the late Renaldo and Thelma (LaFontaine) Dubay. After graduating from Bristol High School, where he met Shirley in his senior year, he enlisted in the U.S. Air Force and proudly served his country. Upon his return he went on to further his education and earned a bachelor’s degree in history from Wesleyan University. After college, Bruce entered the life insurance industry with Mutual New York (MONY) in agency management in Providence, RI, and San Francisco, CA. He completed his career with State Mutual Life Assurance of Worcester, MA, as marketing vice president and president of life insurance and financial planning in Pittsburgh, PA. Bruce retired after 34 years (1957-1991) of dedicated service. Bruce and Shirley retired to their mountain home in Weston for 20 years of country living and travel. Bruce loved sharing his home with family and friends. They moved back to Worcester in October 2012, for a new phase of life at The Willows. He will be lovingly missed and remembered by his wife of 66 years, Shirley: his daughter, Elizabeth Dubay of Paxton; his four sons, Stephen Dubay and his wife, Tracy of Worcester, Thomas Dubay and his wife, Cindy of Worcester, David Dubay and his wife, Allison of Bellingham and Daniel Dubay of Worcester; 14 grandchildren, Allaire, Kathleen, Sarah, T.J. Corey, Matt, Kelsey, Noelle, Madison, Nathan, Sophia, Candi, Todd and Stephanie; one great-grandchild, Josh; and a daughter-in-law, Kimberly of Ormond Beach, FL. In addition to his parents, he was predeceased by his son, John Dubay. A Celebration of Life will be held at a later date. Funeral arrangements are under the care of Miles Funeral Home, 1158 Main St., Holden. In lieu of flowers, memorial donations may be made to Worcester County Food Bank, c/o Communications and Development Dept., 474 Boston Turnpike, Worcester, MA, 01545. Funeral arrangements are under the care of Miles Funeral Home, 1158 Main St., Holden. www.milesfuneralhome.com