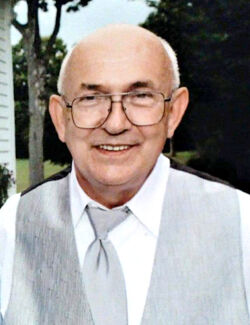 Cedric R. Doty DANBY — Cedric R. Doty, 74, died July 15, 2021, at his home. He was born in Rutland, May 1, 1947, the son of Raymond and Lauraine (Perry) Doty. Cedric was a U.S. Army Vietnam War veteran, serving in Killeen, Texas, and in Fort Hood, Texas. He was an inspector at General Electric and retired in 2012. He enjoyed bowling and gardening. Surviving are his wife, Charlene Doty, of Danby; a son, Christopher (Melissa) Doty, of Bennington; three daughters, Valerie (Tom) Judge, of Wallingford, Shannon Doty, of Brewster, New York, and Michelle (Kevin) Omans, of Portageville, New York; two brothers, Conrad Doty, of Pennsboro, West Virginia, and Clifford (Nancy) Doty, of West Rutland; three sisters, Christine Ferrell and Carol Murphy, both of West Virginia, and Cheryl Kaufmann, of High Point, North Carolina; seven grandchildren and four great-grandchildren. He was predeceased by his sister, Cynthia Lawrence. Private services will be held at the convenience of the family. Memorial contributions may be made to the ALS Association, P.O. Box 207, Concord, NH 03302; or the American Cancer Society, 55 Day Lane, Williston, VT 05495. Arrangements are by the Clifford Funeral Home.