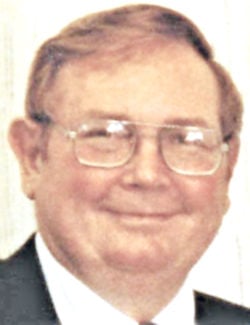 Dennis Robert Brownlee DORSET — Dennis Robert Brownlee, 76, of Dorset passed away on May 15, 2020, at his home, surrounded by his family. Dennis was born July 2, 1943, in Wendell, Idaho, to Victor Robert Brownlee and LeaEtta Gecolia Nelson. His mother was later remarried to Norman Rogers and together, they raised Dennis and his three siblings. Dennis graduated from Wendell High School in 1961 and then moved to Seattle to work for Boeing aircraft. He served a mission for The Church of Jesus Christ of Latter-day Saints in the Northern Indian Mission. After returning, he went to Brigham Young University (BYU) for one semester before being drafted into the Army during the Vietnam War where he served as a medic in Germany. When he returned to BYU, Dennis met Ruth and they were married on Dec. 18, 1970, in the Logan Temple in Logan, Utah. Dennis and Ruth had their first child, Austin, in January 1972. Dennis graduated shortly after with a degree in Political Science. They then bought a farm in Richfield, Idaho, where they farmed with his stepfather, Norman. He also worked at Ward's Cheese Factory during this time. While visiting Ruth’s parents in December of 1973, Dennis and Ruth had their second child, Bethany. In December of 1975, their third child, Billy, was born in Idaho. In 1977, Dennis and his young family moved to Vermont to take over Ruth's family business (since 1840), H.N. Williams Store. Dennis and Ruth later welcomed three more boys into their family: Steven (1978), Gerritt (1980) and Ben (1990). In addition to raising a family and running the store, Dennis sold and delivered firewood. He also had a big garden where he sold fresh peas, sweet corn, pumpkins and other vegetables. One happy customer who used to work for President Lyndon Johnson said, “The President can't eat any better than this!” After almost 30 years of operating the store, Dennis retired in 2006 and began helping take care of his grandchildren, which he loved doing. During retirement, he enjoyed walking at the Manchester Rec Park and visiting with friends at the gym. Dennis was predeceased by his parents; his sister, Vicki Lea Rogers; and his brother, Gary Wayne Brownlee. Dennis is survived by his wife, Ruth; his six children, Austin (Nicole), Bethany (Troy) Teeples, Billy (Blair), Steven, Gerritt (Chelsie) and Ben (Chelsea); and 20 grandchildren. He is also survived by siblings, Elaine Henson and Gordon Rogers; and many cousins, nieces and nephews. Dennis loved life. He was very kind-hearted and had a fun sense of humor. He was quick to smile and say "How ya doing?" Dennis loved reading history books and reading to his grandchildren, who would curl up in his lap. He enjoyed gardening and driving his tractors. There will be a private family interment in the Maple Hill Cemetery in Dorset. If friends desire, memorial gifts in Dennis's memory may be made to The Church of Jesus Christ Humanitarian Aid or your local food cupboard, c/o Brewster-Shea Funeral Services, P.O. Box 885, Manchester Center, VT 05255. To send the family personal condolences, please visit http://www.sheafuneralhomes.com.

Sending my condolences to you, Ruth. Sincerely, Beth Norse