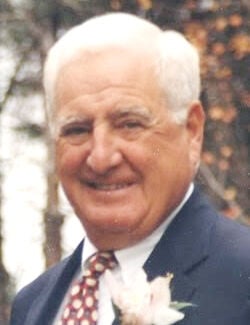 Donald L. Rushford RUTLAND — Donald Lawrence Rushford, of Alexandria, Virginia, formerly of Rutland, Vermont, a man of incredibly diverse interests and talents, died on Jan. 7, 2022, at the age of 91. Don was born September 28, 1930, the only child of Roland and Bertha (Perry) Rushford of Burlington, Vermont. He attended Cathedral High School (now Rice Academy) and graduated from Saint Michael's College. After graduation, Don joined the Navy with several college buddies – they all hoped to become pilots. After two years which did not include pilot training, Don switched from active duty to reserve status and got his law degree from Georgetown University, He married Kathryn Teresa Boyle while in law school. They lived in Fairfax and Alexandria, Virginia, for 16 years. Don worked first at a boutique law firm specializing in aviation law, then as lead attorney for the Federal Power Commission. In 1968, Don fulfilled a long-held dream of returning to Vermont and moved the family to Montpelier where they immediately doubled the number of children in the neighborhood and where he served as general counsel to the Public Utilities Board and gained a reputation among fellow attorneys, judges and utility executives as a fierce and clever litigator, earning the nickname “Silver Fox.” After three years in Montpelier, Don moved the family to Rutland, Vermont, to become vice president and general counsel for Central Vermont Public Service Corp., the state’s largest utility. While he was known for greatly expanding the legal department at CVPS, finding a way to win any rate case, and for adopting corporate goals that included “having fun at work,” Don was also remembered as the guy who “worked” outside the office on days after heavy snowfalls (or whenever else the skiing was particularly good). More than once, locals sharing the chairlift at Pico noticed his work pants and button-down shirt peeking out beneath his ski clothes when Don went up for a few midday runs. Don was the father to many children: the nine biological children born in nine years were not, in his mind, a houseful. He also brought in two adoptive children to the household, and through his second marriage, added four stepsons to the mix. The house, already brimming with chaos and humanity, became a beacon for local children, a community gathering spot and a temporary refuge for others. Don once recounted coming downstairs for breakfast and having to ask a young man at the table, “Are you one of mine?” A devoutly religious man, his was a progressive and practical spirituality. He walked the path of Jesus, always generous and attentive to the needs of the marginalized. He had a warm and open heart. There was nothing broken, be it appliance or heart, that could not be remedied by a compassionate hug, a caring gesture, a healthy dose of denial, or a roll of duct tape. Don was a fierce competitor, and never engaged in a game casually, regardless of where the contest was – courts, chess boards, fields or front yard. Whether the game was basketball or backgammon, it was for all the marbles. Music was a lifelong inspiration. Don played trumpet in high school, later conducted church choirs, and loved attending band performances. He blasted Sousa marches on weekend mornings to rouse the house for skiing and led his children in Sound of Music- style singing performances for visitors and during holidays. He listened to, and sang, songs until his final hours. In 1985, Don married Marcia Crowley. He retired early, at age 62, because “no one ever laid on his deathbed wishing he’d spent more time at work,” and the two maintained a rigorous schedule of travel, tennis, biking and skiing. Don continued to contribute during retirement; he was a volunteer mentor for prisoners and he initiated a mediation program in District Courts for which the Vermont Supreme Court gave him an award. He was predeceased by his first and second wives; stepson Andrew Crowley; and grandson Zachary Stone. He is survived by his children, Beth, Yetta, Peter, Tom, Tim, Martha, Jennifer, Margaret and Matthew; his stepsons, Robert, David and Chris; his adoptive children, Christine Henriksen and Willis Backus; and grandchildren, Matthew, Carly, Courtney, Jackson, Katrina, Kyle, Sam, Nicholas, Emily, Brian, Grace, Timothy, Alex, Connor, John Storm, Benjamin and Finn. A celebration of Don’s life will be planned for a later time. In lieu of flowers or other gifts, the family suggests those who wish to commemorate Don, do something kind for a stranger, donate to the Alzheimer’s Association (act.alz.org) and/or play a good practical joke on a friend.

I knew Don from work. My 6 yr old daughter's coat was taken at school..Don overheard my conversation and had an anonymous $100 check sent to me so i could replace her coat which shows his huge beautiful heart. I was blessed to know him. God bless his family!

My deepest sympathies to the Rushford family. Your father was a great and kind man. Please accept my condolences.

Thanks for sharing! I have sosny memories of Don; driving us to the drive-in movie theater while at camp with bad brakes, taking me sailing with Meg and teaching me to dive. Rest in Peace Don

My condolences to Don's family. What a nice obituary which describes his full, rich life. He always had such a beautiful, warm smile. I remember being in front of him one Christmas Eve Mass and enjoyed listening to his lovely singing voice. May all your loving memories bring you comfort during this time of loss. Sr. Martha St. Onge